Why Did Manto Really Leave His Beloved Bombay for Pakistan?

A new book brings facets of the writer not so far available to readers in English. 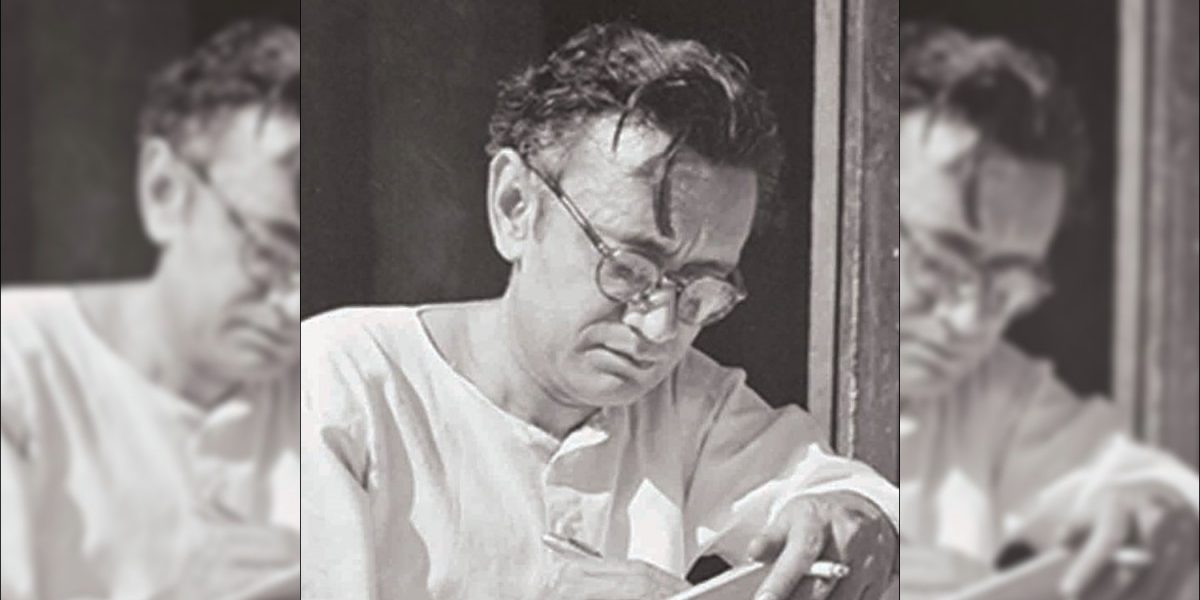 Manto is ‘in’, Manto is cool. More than 60 years after he died at the young age of 43, his body wracked by drink and his finances in a precarious state, Saadat Hasan Manto is now enjoying not just a revival but a celebration as a great writer, iconoclast and a revolutionary of sorts. Books, plays, readings and movies about him are being lapped up by a generation of fans who have discovered him anew, this time in English and Hindustani.

Manto was always known among Urdu readers and while he had his admirers, now, a cult of sorts has grown around him. The Pakistani writer Khalid Hasan’s excellent translations of Manto’s short stories and essays on his friends in Bombay’s film industry brought him to a new readership and since then the books have just proliferated. And now comes Nandita Das’s eponymous feature film, that will undoubtedly contribute to the legend.

Also read: ‘Manto’ Is an Unflinching Account of a Man’s Descent Into Paranoia

Along with his rising popularity, a mythology around Manto has also emerged, which draws mainly upon his own writings, both fiction and otherwise. In this version, he is seen as a largely tragic figure, who was personally very outgoing and lively, always willing to engage with the world, but who was badly treated by his peers, by the state and, in some ways, even let down by his friends, especially the leftist Progressives who found him vulgar and not really a writer of any great stature. Much has been made of Faiz Ahmed Faiz’s statement in a Lahore court that while Manto’s short stories needed to be defended, the works couldn’t be called literature. 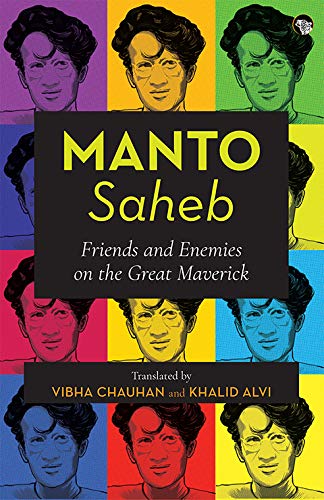 The cases against Manto for obscenity, the stints in a lunatic asylum, the rising anti-Muslim sentiment in a newly partitioned India that affected his work environment in his beloved Bombay – it was too much for the sensitive writer to bear, sending him down a spiral of drinking and self-destruction (Somewhat like Guru Dutt). Despite all this, he produced stories that show his innate humanity and love for his fellow man (and woman), especially if they are from what is generally considered the dregs of society, such as prostitutes and pimps. Indeed, the more ‘lowly’ they were in the social hierarchy, the more interesting and worthy Manto found them. In this, he was vastly different from the mainstream Progressives for whom the poor were representatives of the proletariat, who had to be studied within an ideological framework. Manto was no ideologue – to him, it was the human being who mattered.

But like with all myths, a certain amount of distortion has taken place and has transmuted into received wisdom, taking on a life of its own. There is enough scholarship to challenge some of the popular notions about his life; this new book makes us examine them afresh.

Manto’s adult life can be divided into three parts-his stint in the 1940s in All India Radio, Delhi, where he was among a group of writers who wrote plays and stories for broadcasting; his time in Bombay where he was with Filmistan and Bombay Talkies and finally, his days in Lahore, where he moved after Partition.

A lot is known about the second and third phases, very little about the first. This book, Manto Saheb: Friends and Enemies on The Great Maverick, offers us a close look at the AIR days, adding vastly to our knowledge about the man. It is a collection of pieces written in his memory after he passed away, some of them by his colleagues – to call them friends will be overstating the case – in the Delhi office.

Almost all the writers in this volume agree on a few things about Manto – that he was a remarkable writer (and a fast one too), he had enormous self-regard, insulted people on their face but was extremely prickly about any kind of criticism and most of all, drank a lot. There are anecdotes of how he carried feuds to an extreme, to the extent that it coloured his behaviour towards those people for all time to come.

The writer Upendranath Ashk and he began on a wrong foot even before they had met because Manto had heard that Ashk had been critical about a work of his. Krishan Chander, a friend of both, in his endearing account, recalls how Ashk felt compelled to get himself an Urdu typewriter because Manto prolifically wrote his plays on one. This then escalates when Manto sarcastically points out that a writer must have even an English typewriter – Ashk, no less of an egoist than Manto, gets an English one and a Hindi one too. An annoyed Manto then sells off his English one to make a point and then eventually the Urdu one, arguing, in complete contradiction of his earlier position, “Say what you may, the machine can never replace the pen.”

Ashk’s own lengthy piece, titled Manto, My Enemy, goes into great detail about their rivalry, admitting to his own pettiness, but concedes that Manto’s stories soar to heights other writers could only aspire to reach. Manto’s favourite word was ‘fraud’, which he deployed with great effect when he wanted to put down people such as Ashk. At the same time, he bristled at even the most genuine assessment of his short stories, believing them to be perfect.

A fine and heartwarming piece comes from Mehdi Ali Siddiqui, the judge before whom the accused Manto appears, facing a charge of obscenity. Siddiqui remembers fondly how the two became friends and Manto’s deep sincerity (and earnestness) as a writer and his inability to understand why someone would find his stories obscene.

At the same time, there was considerable self-awareness. Journalist and literary editor Ibrahim Jalees, who got to know him in Lahore, told him that his book on the singer Noor Jehan was “complete rubbish”, especially coming from the man who wrote stories such as ‘Hatak’ and ‘Khol Do’, to which Manto replied, “Yaar, Noor Jehan sells much more than Gopi Nath (a character in a story), these days.” In Lahore, Manto had become so broke that he used to hack out a piece in the offices of publications and collect the payment then and there to pay for his liquor. Jalees’s article, ‘Let’s Take a Bottle to Manto’ describes his growing alcohol dependency which had a devastating effect on his health and his family, whose entreaties to stop drinking went unheeded.

It was evident that the move to Pakistan after Partition had not turned out as hoped. There has been much speculation why he suddenly upped and left his much-loved Bombay for an uncertain life in a new country. Could it be one of his characteristic impetuous decisions, like how he walked out of AIR Delhi one fine day to come down to Bombay? The common belief is that he was shaken by the rising communalism in the city and two events are cited to buttress that point-a conversation with his best friend actor Shyam who says, in the heat of the moment, that listening to the stories of Muslims killing Hindus and Sikhs, he too felt that he could kill Manto.

A series of anonymous letters to the management of Bombay Talkies about too many Muslims in the company is supposed to be another trigger. Though the company boss Ashok Kumar, Manto’s close friend, laughs it off, the writer was upset enough to leave everything and go off to Pakistan, goes the story.

Both these versions that get trotted out to add to Manto’s sense of persecution and perhaps victimhood, can be challenged. Ashk points out that other Muslim writers in Bombay Talkies, such as Kamal Amrohi and Shahid Latif, (who was married to Ismat Chugtai) did not feel the need to migrate. It was Ashok Kumar’s decision to put aside Manto’s story to take up a project written by Amrohi, (which eventually became Mahal) that may have tipped the scales. Chughtai writes he felt “insulted” when his story was passed over.

In an interview with this writer some years ago, Manto’s grand-niece, the scholar Ayesha Jalal, had forcefully rejected all previous theories about his departure. “He didn’t up and leave because of the Hindu-Muslim thing—that needs to be emphasised,” she had said. His wife and children were already in Pakistan for a wedding and had gone to join them, only never to return.

Her book, The Pity of Partition: Manto’s Life, Times and Work Across the India-Pakistan Divide, which provides fascinating glimpses of his home life too, elaborates on this and must be taken to be an authoritative account of his motivations, since she had access to accounts and archival material not available to most others.

The most evocative and moving contribution in Manto Saheb is by Ismat Chughtai, his friend, comrade and partner in crime, since both faced obscenity charges for which they had to travel to Pakistan. Chughtai is combative and competitive, crossing swords with Manto, intolerant of being patronised and unwilling to be brushed away by ‘mansplaining’. Of all the contributors, Chughtai has written the most about Manto’s hapless and long suffering wife Safia, who stood by him through ups and downs of their volatile life. Manto emerges as a loving husband and father.

But her deep friendship does not stop Chughtai from being angry and bitter when Manto suddenly leaves for Pakistan without informing anyone. “I felt deeply humiliated”, she writes and is disgusted when he tries to convince her that there was a new life waiting for all Muslims in Pakistan, where they could get a bungalow of those who had left the country. “That made me realise what a coward Manto was. He was willing to shield himself at any cost,” writes Chughtai in her candid, fearless way. She tears his letters from Lahore and refuses to reply to any of them. In one of them, he writes: “Do something and call me back to Hindustan.” The news gets worse from then on, with the writer’s arrest and subsequent admission to a lunatic asylum going unprotested in his new homeland. Chughtai dreads hearing about her friend; the distance grows and one day, with finality, comes the news that he has passed away, drowning her in guilt.

The impeccably done translations by Vibha Chauhan and Khalid Alvi offer the reader a well-rounded portrait of the man who is now enjoying a resurrection. It is a very significant addition to the literature about and around him, which should, at the very least, help us understand Manto the human being, as separate from Manto the mythical creature. Distance often lends enchantment to the view and in his case, has created an aura around him; the aura does not vanish after reading this volume; in fact it is enhanced by new hues and new dimensions. We can now better see Manto for the complex man he was.