Rattanbai Petit and Mohammad Ali Jinnah: An Interfaith Marriage That Went Down in History 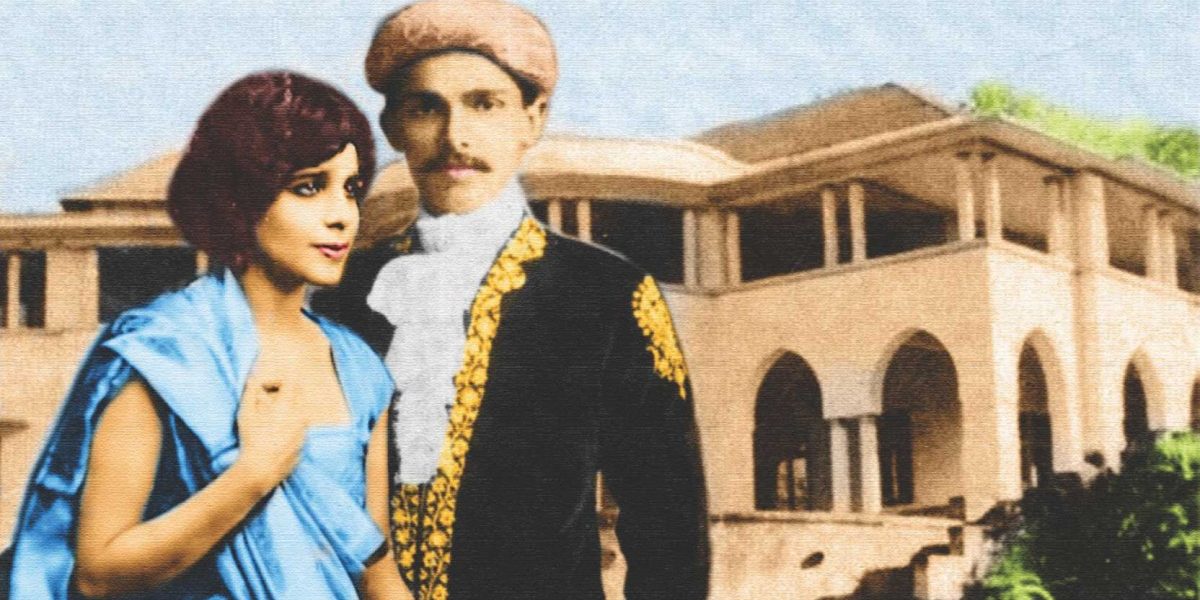 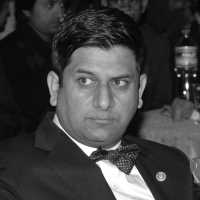 The marriage between Rattanbai Petit and Mohammad Ali Jinnah, in 1918, was nothing short of a box-office thriller. It indeed was ‘the marriage that shook India’, as Sheela Reddy’s aptly titled book suggests. Given the high status that Jinnah enjoyed at the time in the eyes of the British government, within the Congress and the Muslim League and before both the factions of the Home Rule League (led by Bal Gangadhar Tilak and Annie Besant, respectively), Jinnah had many enemies who were jealous of his success. Ruttie, the jewel of Bombay, had so many suitors that she had rejected that it would be impractical to assume they were all happy with this marriage. Jinnah’s status as the only successful Muslim lawyer of Bombay, in a profession monopolised by those from other religious communities in the past, had also not gone down well with many.

So, when the wedding took place in April 1918, a slanderous campaign was launched against Jinnah and his bride, from which the names of the two have still not recovered, even to this day. Some accounts suggest that the Jinnahs’ extended honeymoon in Nainital was to avoid some of the dust and din raised against their union. Likewise, Mrs Jinnah was so fed up with the smear campaign in the Bombay press that she initially dreaded reaching Delhi from Nainital to avoid more deafening discussions about her wedding in the capital.

Jinnah wanted his would-be wife to convert to Islam before the marriage could be formalized. From a strictly legalistic perspective, this was not required. Under Muslim jurisprudence, a Muslim man could marry a woman from Ahl-ul-Kitab (literally ‘people of the book’, and refers to what Muslims believe are divine religions), which included Christians, Jews and, by a large jurisprudential interpretation, Zoroastrians. Jinnah, however, had a religious bent of mind and wanted his would-be wife to be Muslim. 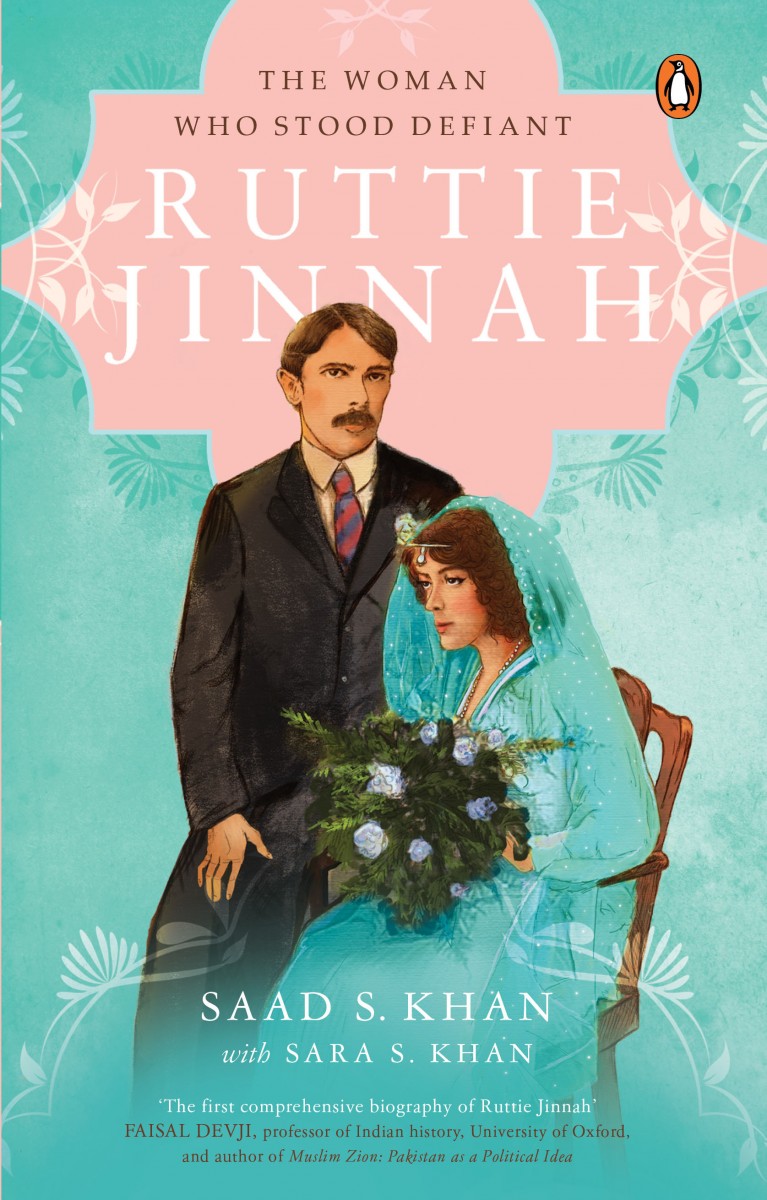 Ruttie herself was a headstrong person. And those who have studied her personality know that she could not be coerced to do anything against her will. Ruttie was provided books on Islam, either through journalist Syed Abdullah Brelvi aka S.A. Brelvi or her would-be sister-in-law Shirin Jinnah. Being a voracious reader with an incisive mind, she must have come to a decision only after she was convinced that it was the right thing for her to do.

Like most progressive Muslims, Jinnah had always been a non-denominational Muslim who did not owe his allegiance to any particular sect in Islam. He was willing for Ruttie’s conversion into an Ismaili sect, as noted earlier, but the Ismaili Supreme Council declined this.

At the end of the day, the conversion ceremony took place under the Sunni school of thought. The conversion of Ruttie was formalized at the hands of the renowned religious scholar Maulana Nazeer Ahmad Khaujandi on 18 April 1918. Apart from being an eminent Sunni theologian, the maulana was an orator, a journalist and a political activist. He had been a member of the All India Muslim League for a long time. He performed the conversion rites for Jinnah’s bride-to-be in the Jamia Mosque of Bombay, the same where Gandhi’s eldest son, Harilal, was to accept Islam eighteen years later.

Technically, the name change was not necessary, since Rattan itself was a woman’s name, common among Gujarati Muslims. However, it seems Maulana Khaujandi was of the opinion that a change to a more Islamic-sounding name was, from a theological perspective, desirable for a conversion-to-Islam ceremony.

Ruttie was accorded the Muslim name ‘Maryam’ on the wish of her husband. However, in formal usage subsequently, Mrs Jinnah retained her name of ‘Rattanbai’ and not ‘Maryam’.

Although English newspapers such as the Times of India had covered the marriage for what it was—a piece of news—the Parsee-controlled press and the Muslim-controlled newspapers (mostly Urdu) were at each other’s throats, fighting like wild cats. It appeared that this marriage was a problem for the whole nation, except, of course, for the two persons involved. Parsee papers, such as Kaiser-e-Hind and Jam-e-Jamshed called 19 April 1918 ‘Black Friday’, criticizing Mrs Jinnah for accepting Islam. Some papers went on to accuse the ‘whole Muslim community’, not just Jinnah, for having hatched a conspiracy against Parsees by making Rattanbai Petit convert to Islam. 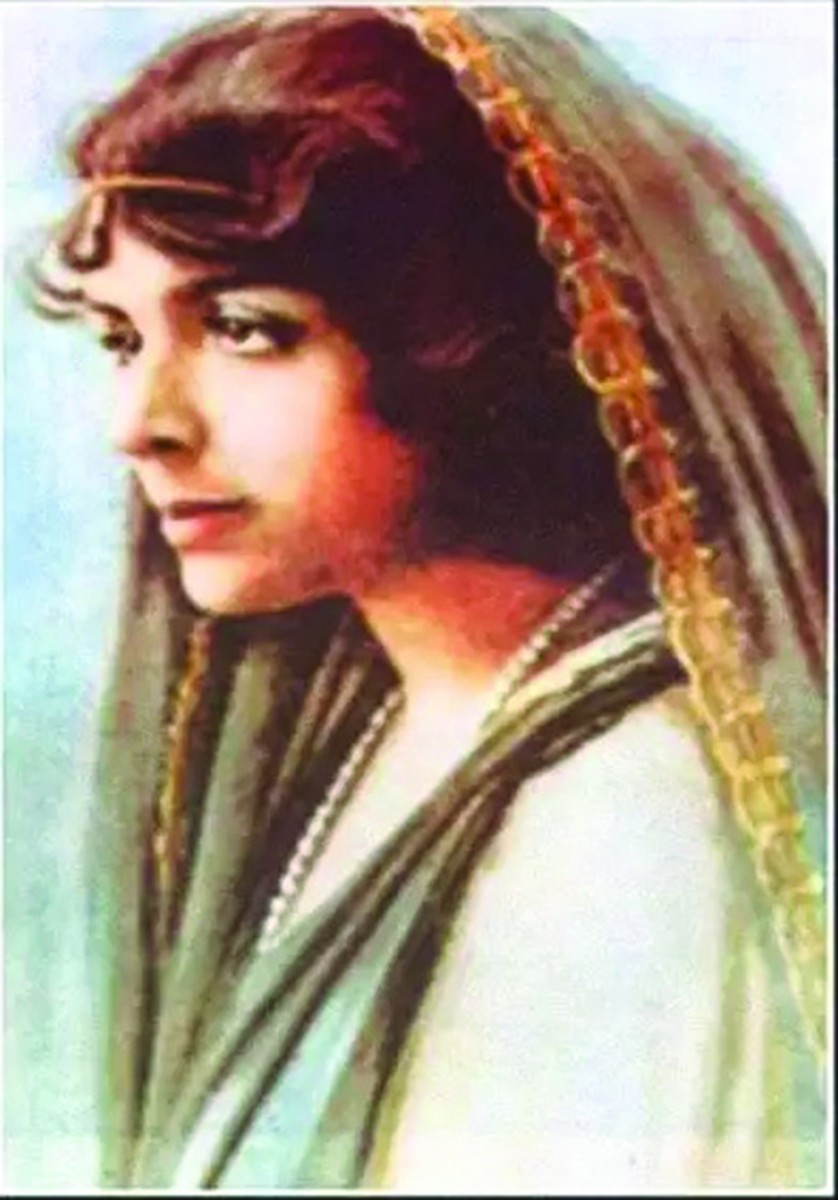 The progressive element in the Muslim press responded in kind. The famous Urdu newspaper from Lahore, Paisa Akhbar, published threatening articles, editorials and op-eds against those who ‘dared to attack the Muslim nation . . . a nation alive among the nations of the world’, or those who dared to vilify the ‘follower of a living religion’ (meaning Mrs Jinnah). The same newspaper went on to say that ‘in terms of respect, renown and worldly grace, he [Jinnah] could not be but the most deserving candidate for this marriage’. That Mr and Mrs Jinnah had become illustrious leaders of ‘the world of Islam’ to the extent that their marriage had triggered an intercommunal spat must have come as a surprise to both. However, the couple continued to identify themselves as nationalists and nothing else.

The Reaction by the Parsee Panchayat

There was another negative reaction to the marriage—by the Parsee religious council, or the panchayat. On 26 May 1918, all priests from the fire temples of Bombay assembled at the main Parsee cathedral, Dadi Seth Fire Temple, at Agiari Lane, under the chairmanship of their chief priest Shams-ul-Ulema Dastur Dorab Sanjona. Without naming Mr and Mrs Jinnah, the Parsee panchayat condemned the marriages of Parsee girls with non-Parsees, and announced the excommunication of any Zoroastrian who married outside their faith. They could have left it at that, but they did not.

Reddy points out that the ‘conditions of her excommunication were extremely severe: those conditions had never before been placed upon any man or woman in the community. In her case, even if a priest participated in any ceremony that involved her or Jinnah, the priest would be excommunicated. Also, if her family had anything to do with her in the future, then nobody from the Petit family would be able to have any Zoroastrian rights.’

Thus, through a religious edict, the young woman was deprived of her parents, siblings, cousins and her whole circle of Parsee friends. However, these conditions do not seem to have held for long, as her mother, Lady Petit, made up with her within two or three years of her marriage. Subsequently, all three brothers also had a patch-up with her. And during her terminal illness in France, even her father tended to her. None of them were denied Parsee funeral rites, nor were their own marriages invalidated.

Like every social or political reform in the world, the Islamic reformation of the early twentieth century was vehemently opposed by vested groups. The conservative class, which one might argue would not see beyond their limited, if not bigoted, world views of ‘Muslimhood’, found it difficult to tolerate an educated, liberal couple leading the Muslim community.

If the Jinnahs were not the most pious among Muslims, as per their definition of piety, then who was the community’s role model to lead the way to ‘true’ Islam? These right-wing parties included Jamiat Ulema-e-Hind, the Khaksar Movement and the Majlis-e-Ahrar. The three parties were headed, respectively, by Maulana Hussain Ahmad Madani, Allama Inayatullah Mashriqi and Mazhar Ali Azhar, all of whom fiercely tried to discredit Jinnah as a Muslim leader on account of his marriage by all tricks possible. 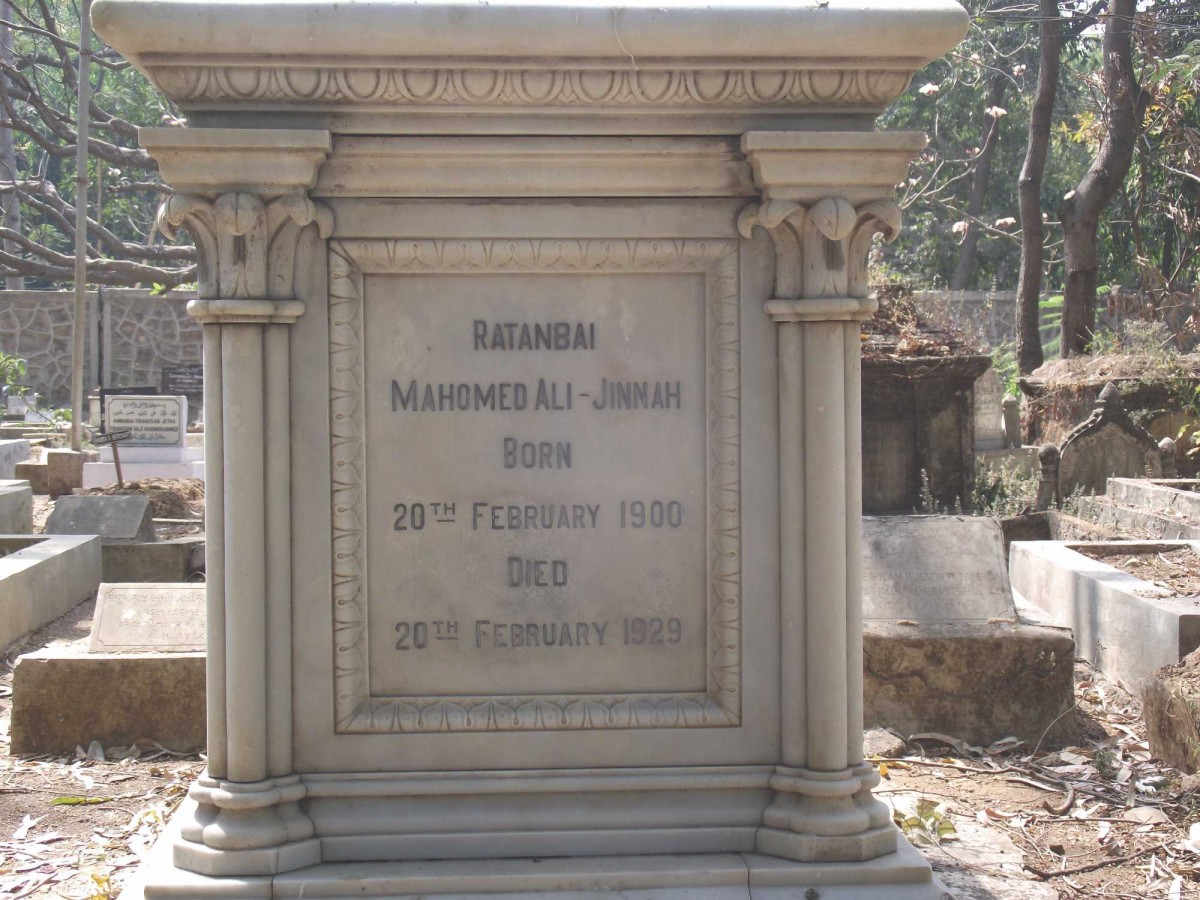 Maulana Hussain Ahmad Madani—the leader of Jamiat Ulema- e-Hind, a right-wing party allied with the Congress that was opposed to the idea of Pakistan—was on the forefront of what can be called the ‘Jinnah marriage denunciation campaign’, going to the extent of publishing a pamphlet questioning Mrs Jinnah’s Muslimness and thereby alleging that Jinnah had renounced Islam by his marriage.

The nasty campaign was revived in the 1945–46 national elections when Mazhar Ali Azhar of Majlis-e-Ahrar, joined the ranks of Mashriqi and Madani in criticizing Jinnah’s marriage as a ‘last ditch effort to get Muslim League defeated and the idea of Pakistan buried’. This offensive couplet from his own poetry was used as the political slogan of his Ahrar movement against the Muslim League:

Literally translated, it implies that Mr Jinnah renounced Islam for an ‘infidel woman’. Was he Quaid-e-Azam (i.e. great leader) or a great infidel?

Azhar was immediately contradicted by his own Ahrar colleague from Bombay, Hafiz Ali Bahadur Khan, who produced several news items on Mrs Jinnah’s conversion through the Associated Press of India and also showed a copy of the nikah deed. But Azhar did not stop the campaign. By questioning Jinnah’s faith, he wanted to hurt him. But by mocking his deceased wife, who Jinnah was known to be deeply attached to, the maulana might have wanted to cause him emotional pain as well. Jinnah had to publicly come out in defence of his wife, although he hated broaching his personal life in public.