How the RSS Distanced Itself From Gandhi’s Killer

Among the many lies the assassin had told in court, the one that endured the most was his claim that he had left the RSS and joined the Hindu Mahasabha. 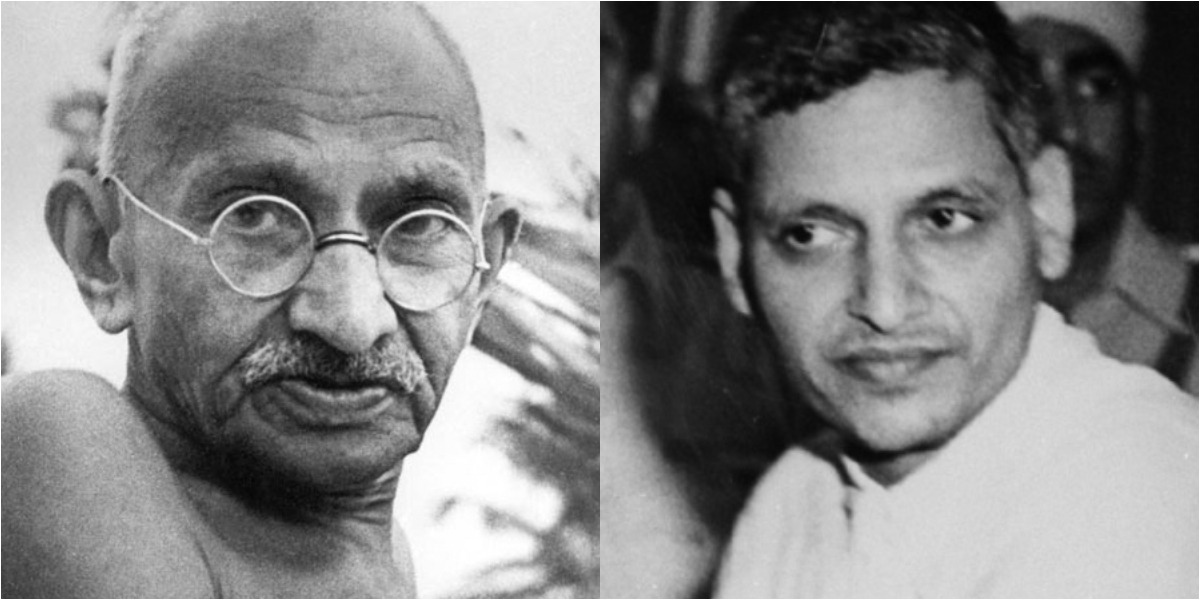 No less remarkable was the way a section of writers sympathetic to the RSS quietly went about sanitising the organisation’s past soon after Godse was hanged on November 15, 1949. In a manner which scarcely aroused any suspicion, they sought to push a false notion to dissociate the RSS from Gandhi’s assassin. In time, the fabrication of history they resorted to became a commonly accepted fact, subsuming the voices questioning the veracity of Godse’s court statement and obfuscating his real life even more. Among the many lies the assassin had told in court, the one that endured the most — and virtually overshadowed all other aspects of the story of his life — was his claim that he had left the RSS and joined the Hindu Mahasabha, the political party of Hindu supremacists, long before he killed Gandhi. Though Godse’s court statement was fundamentally directed at establishing that he alone was responsible for the murder, in later years his claim regarding the RSS was picked up and trumpeted as the biggest fact of his life. For out of this claim arose a line of argument that willy-nilly served the RSS’s desperate desire to cover its tracks.

When Gandhi was assassinated on January 30, 1948, the RSS had asserted that the assassin had never been its member; an assertion that no one took seriously. After Godse delivered his court statement, the RSS totally revised its line. It now argued that the assassin did indeed join the RSS, but that he quit the organisation a few years later as soon as he became a member of the Hindu Mahasabha. Apparently to give credence to the new line, pro-RSS writers sought to establish that the RSS and the Hindu Mahasabha existed in total separation since the late 1930s — meaning thereby that Godse couldn’t have remained a member of the RSS after he joined the Mahasabha.

The write-up that laid the foundation for the fabrication of history appeared barely two and a half months after Godse was hanged. In its February 4, 1950 issue, the Economic Weekly, a reputed English journal, published an account of the RSS’s past relationship with the Hindu Mahasabha. Titled ‘The R.S.S.’, the article declared that not only did the two Hindu organisations exist separately, but there was discord between the two after Savarkar became president of the Hindu Mahasabha in 1937.

At the time of publication, the account was perceived as extremely straightforward, a mere description of past interactions between the supreme leaders of the two Hindu organisations — Hedgewar of the RSS and Savarkar of the Mahasabha. The article explained how Hedgewar, despite holding Savarkar in ‘great esteem’, refused to make his organisation subservient to the Hindu Mahasabha. Authored by DV Kelkar, it claimed that Hedgewar’s stubborn attitude to keep the RSS away from the Mahasabha so frustrated Savarkar that he said: ‘The epitaph for the R.S.S. volunteer will be that he was born, he joined the R.S.S. and he died without accomplishing anything.’ This quote of Savarkar is commonly cited as evidence for the purported severing of ties between the two Hindu outfits, thus making Godse’s claim in his court statement — that he had exited the RSS while joining the Hindu Mahasabha — look natural.

Strangely, however, the author’s failure to cite any references to back his claims in the article did not seem to pique anyone’s interest. The question of provenance in this case was even more important because Kelkar confessed in the same article that he had been a close associate of Hedgewar. This fact leaves enough room for suspicion that the author, out of sympathy for the RSS, might deliberately have twisted historical facts to help the Sangh exonerate itself from the charges of Gandhi murder.

The distorted presentation of history, including the Savarkar quote, has since been ceaselessly reiterated by pro-RSS writers and parroted even by many serious researchers. Though available archival documents show that such a split never happened and that the two Hindu organisations always had close connections — and sometimes even overlapping membership — until Gandhi was assassinated, the myth created after the execution of Godse has persisted.

One of the highlights of my research was discovering another statement of Godse’s, which he had given in the first week of March 1948, eight months before he read out his much-publicised statement in court. Recorded before the beginning of the trial in the Gandhi murder case, it seems to have been ignored by generations of academics and journalists. Even though this statement, unlike the one which Godse delivered in court, is in total conformity with the archival records of the time. A unique source of concise information about the life history of the assassin, the pretrial statement never mentions Godse’s departure from the RSS after he became a member of the Hindu Mahasabha; instead, it reveals that he was working for both organisations simultaneously.

Excerpted with permission from Dhirendra K. Jha’s book Gandhi’s Assassin: The Making of Nathuram Godse and his Idea of India, Vintage/Penguin.