Dissent and Our Search for 'Be-gam Pura', the City Without Sorrows

Romila Thapar's Voices of Dissent bring out how the idea of dissent has always been embedded in Indian society. 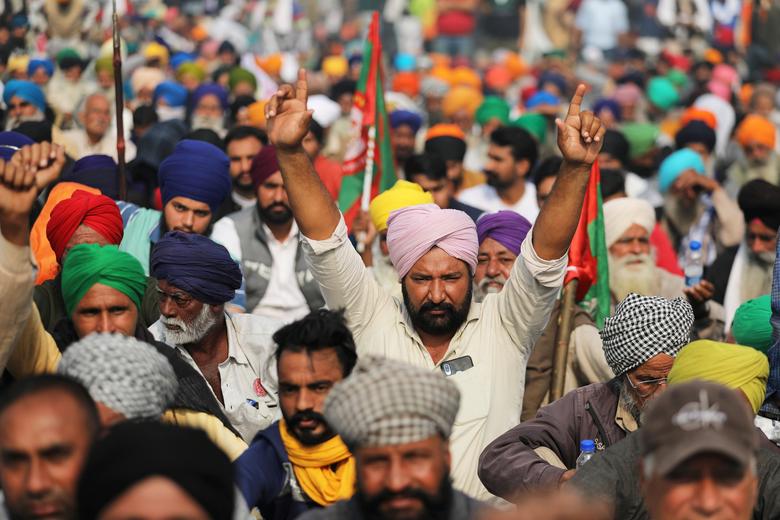 In his seminal work The Historian’s Craft, French historian Marc Bloch wrote that the very names we use to describe ancient ideas or vanished forms of social organisation would be quite meaningless if we had not known living men. Knowing well the living men of present-day India shouldn’t make us think twice about why historian Romila Thapar penned her current book, Voices of Dissent. Similar to what Baloch said, Thapar writes that study of dissent is essential to understanding how civilisations evolved, for there cannot be any advance in knowledge without questioning the world we live in. Voices of Dissent, we are told, is the weaving of two memorial lectures delivered by Thapar in 2019. Voices of Dissent becomes necessary reading in the present times, when the assault on dissent is from within the realms of democracy itself. This is interesting as democracies, according to Thapar, cannot be anything but secular since every citizen enjoys an equal status legally. Essentially, free speech forms the sine qua non of democracies and thus dissent is an integral component of democracy. It won’t be wrong to conclude that the “quality” of liberty in a democratic society is ensured by the “quantity” of dissent. It is therefore important to understand the historical context of dissent in deep-rooted democracies like India.

Thapar writes that it is erroneous to believe that dissent was imported to Indian society from the West. She argues that the Indian past was never free of blemishes and dissent was very much a part of ancient Indian society. Unfortunately these dissenting contexts have been ignored. Across the globe, such a partisan view of history is not uncommon. I am reminded of what Maria Papova said in her fantastic book Figuring; she wrote, “History is not what happened, but what survives the shipwrecks of judgment and chance.” Thapar feels that dissent is part of the Indian historical context. She generally calls the dissenting group the “other”. She goes on to discuss the interface of this “other” with established society and religion. In this context, she writes that those who we see as essentially different often help us to define ourselves, both individually and socially.

The soul of Thapar’s book are the examples she uses from ancient and medieval Indian society to drive home the point that dissent has always been the basis of our society. Through these examples which are separated by a millennium, she describes the ever present ‘others’ in Indian society who have held the banner of dissent through the history of India. In this respects she first quotes the example of the Dasyah-putra Brahmana or the Dasi-putra Brahamana (the Brahamana who is the son of a dasi). The relationship between the Arya and the Dasa has its own history but in essence, language marked identity and the use of the language of aryas gave these sons of the dasis their esteemed position in the ancient Indian social order. Thapar tells us about the rishi Dirghatamas (Mamateya) who married a dasi and whose son was rishi Kakshivant (whose hymns are included in the Rigveda). Saint Kavasha Ailusha was also a son of a dasi and so was Vidura (who plays a noticeable role in the Mahabharata) the son of Vyasa and a dasi. According to Thapar, the dasa culture is the culture of the “other”.

Also read: A Republic of Protest

In the other examples, Thapar talks about the presence of the Shramanas as a classical example of “others” who evolved from the same ancient Indian culture. These were the Jainas, Buddhists and Ajivikas. She points out that these Shramanas were opposed in varying degrees to the Vedic Brahmanism. Their dissent was more in nature of opposing beliefs rather than restructuring society, although some restructuring was inevitable. In fact, it is worthy of note that Hinduism in itself allowed negation to even give birth to religions like Jainism and Buddhism, a fact which has been best elucidated by the Noble laureate Octavio Paz in his book In Light of India. Although the subsequent institutionalisation of Brahmanism led to the fall of Shramanas in ancient India, Thapar concludes that the success of Brahmanism in unsettling the Shramanas was in part due to brahmanas receiving a large share of patronage from the rulers.

In her third example, Thapar uses the Sufi and Bhakti movements as the heretical form of dissent from Puranic Hinduism and Islam. Thapar writes that neither the Bhakti sants nor the Sufi pirs were founding new religions. They were trying to liberate religion from what they saw as orthodoxies and jaded conventions enforced by those who had a powerful status and authority over formal religions. She elaborates on the teachings of Kabir, Ravidas, Dadu, Lal Ded and Chokhamela. Within this cohort, women like Mirabai and Lal Ded are the most interesting. Thapar calls this double dissent, as being a woman in India and openly preaching what only men are supposed to is no less a dissent in itself.  The bhakti and the sufi movement was more rebellious in a way as it was galvanised by men and women belonging to lower castes. One of the most beautiful concepts which Thapar mentions is that of Ravidas’s ‘be-gam pura‘ or city without sorrows. This was the imaginary city where social inequality did not exist. A city which still eludes us.

In her concluding example of dissent in an Indian context, Thapar discuses Gandhi’s satyagraha. She describes her brief, “one sentence” encounter with Gandhi as a teenager. What intrigues Thapar is not the ancestry of the idea of satyagraha as constructed by Gandhi but the overwhelming involvement of the Indian people in making it a defining moment of the independence struggle. She feels that an undercurrent of dissent always existed in Indian society and it can be brought to the forefront when actions thought to be unlawful are being promulgated. On her discussion over the success of the satyagraha, she dissects the question of non-violence or ahimsa. She writes that violence does not persuade; it replaces persuasion with fear and terror. In the process, it sadly negates the quality of the human in those asserting authority and the fear of violence encourages those being subjugated to accept the negation.

Also read: Interview: Soumyabrata Choudhury on Our Capacity for Philosophy, Protests and Isolation

Thapar’s Voice of Dissent is a book which has everything that is beautiful, necessary and pragmatic about dissent. All pragmatism should be born from the womb of idealism. Her conclusion that dissent in current times should be audible, distinct, opposed to injustice and supportive of democratic rights is a signpost of hope.

The realisation should be that undoing dissent in India is not an easy task. As we continue to live in the present day India, our search for Be-gam pura, the city without sorrows, should continue.

Shah Alam Khan is a professor of orthopaedics at AIIMS, New Delhi. Views are personal.