Review: the Trials and Delights on the Long Road to the Twin Prime Conjecture 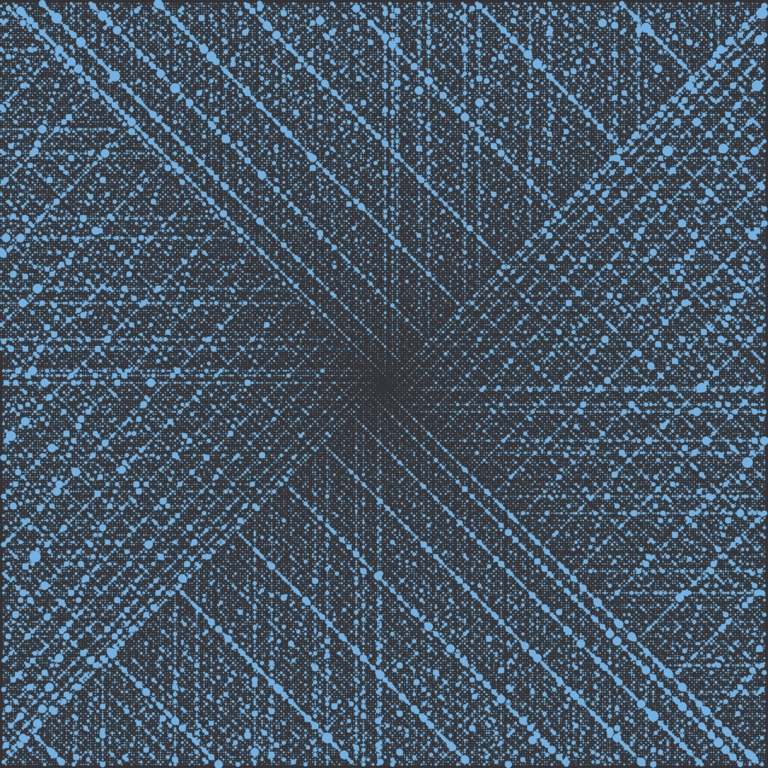 An Ulam spiral of the number of divisors of the first 100,000 natural numbers. Numbers with exactly two divisors – 1 and the number itself – are called prime numbers. Credit: Cortexd/Wikimedia Commons, CC BY-SA 3.0

Mathematics is a difficult subject to write about for a general audience. Very often, mathematicians are interested in things that lay people do not find interesting at all. The nature of problems are obscure and often unrelated to our daily lives. The methods of solving them are even more inaccessible. It’s no wonder then that there are far fewer top mathematicians writing books for a popular audience than there are, say, physicists.

Cedric Villani, the flamboyant Fields-medal-winning Frenchman who wears his trademark velvet cravat and brooch everyday to work, is that rare mathematician at the top of his field who wrote a fantastic and readable memoir of his celebrated work in Birth of a Theorem: A Mathematical Adventure (2015). This memoir gets very technical and advanced when the author explains his various approaches to the Boltzmann equation. However, the strength of Villani’s writing is that it’s still a great read even if one doesn’t understand the mathematics fully.

Vicky Neale’s Closing the Gap: The Quest to Understand Prime Numbers falls into this category of books – those that are difficult to write. It attempts to explain the developing proof of a decades-old problem: the twin prime conjecture. Yitang Zhang became a minor celebrity when he made significant inroads in proving the twin prime conjecture. He was even profiled in The New Yorker for this rare feat as a mathematician. Neale, a mathematician herself, profiles the actual problem and its proof as it has evolved thus far, giving the subject the book-length treatment that it deserves. 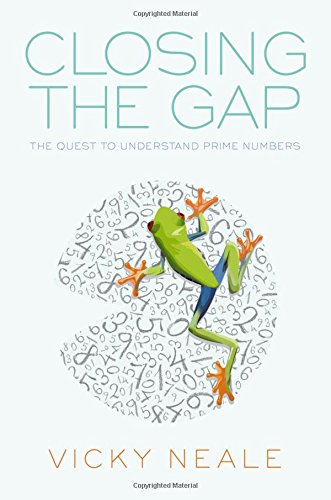 Twin primes are prime numbers that are consecutive odd numbers; like 3 and 5, for example, or 11 and 13, 41 and 43, etc. The twin prime conjecture posits that there are infinitely many such primes. This has been an open problem for many decades. In 2013, Zhang published a proof that there are infinitely many pairs of primes that differ by at most 70 million. Of course, the twin prime conjecture is looking for a difference of 2, while Zhang proved the result with a difference of 70 million. However, this was the first time anyone had proved such a bound even existed. Neale’s book is a survey of the history of this problem, the ways in which various mathematicians contributed to the still evolving result and how the gap of 70 million is closing rapidly – hence the title of the book.

Neale takes the reader through some of the more intriguing but elementary aspects of prime numbers in her initial chapters. Several of them are related to the twin prime conjecture; some are analogous – such as the Goldbach conjecture, which states that every even number greater than 4 is a sum of two odd primes. Or the Germain primes, which have the form 2p + 1, where ‘p’ is a prime number itself. Neale makes this part of the story interesting beyond the mathematics itself, given that Sophie Germain has an extraordinary backstory of having worked under the pseudonym of Monsieur LeBlanc. Women mathematicians were not an acceptable idea in 18th century Europe, so Sophie Germain used the name of a man to publish and to correspond with the greatest mathematicians of her time, including Carl Friedrich Gauss.

Neale then picks up the pace to get the reader towards a greater appreciation of the work in areas Zhang used as tools to arrive at his result. Szemerédi’s theorem (named for the Hungarian-American mathematician Andre Szemerédi), for example, asserts that any large set of natural numbers contains infinitely many arithmetic progressions within itself. Proving the theorem and arriving at its upper bound earned Tim Gowers his Fields Medal in 1998.

Importantly, what Neale convinces the reader of is that the incremental work of multiple mathematicians in areas that were often not obviously related helped Zhang come up with his original bound of 70 million, and helped others who followed him close that gap to a much smaller number. That gap is still not at 2, at which point it would be the definition of a twin prime. And it may not get there for a while, either. It may take a month or a decade or more before someone proves that result. But the point of Neale’s book is that number theory – particularly as it applies to prime numbers – is a field that has shaped our understanding of logic.

The one problem that Neale runs into repeatedly is that she mentions the names of other theorems and conjectures that are used in the proof but doesn’t give the reader enough details to understand how they fit into Zhang’s proof, or even how they are relevant to twin primes. Neale’s is a thankless task: too much detail will very likely go over the head of most readers who are not number theorists. But a complete absence of it on the flip side leaves the reader feeling a bit at sea. Nonetheless, it is notable that the balance Neale strikes between detail and high-level explanations deteriorates with every passing chapter.

In the end, the true merit of Closing the Gap can be judged by how many readers go on to read the Polymath blog after completing this book, to try and understand the various projects to the extent possible for a layperson. Neale refers to these Polymath projects and describes the crucial role they played in reducing the number of 70 million to what is now – in the few 100s. After all, collaborative mathematics in the age of the Internet has truly changed the way many mathematicians work.

What Vicky Neale ultimately succeeds in is reminding the reader that a) the Internet is such a great thing and b) so is the human mind. Most readers at varying levels of sophistication in mathematics will appreciate this introduction to prime numbers and their mysteries.