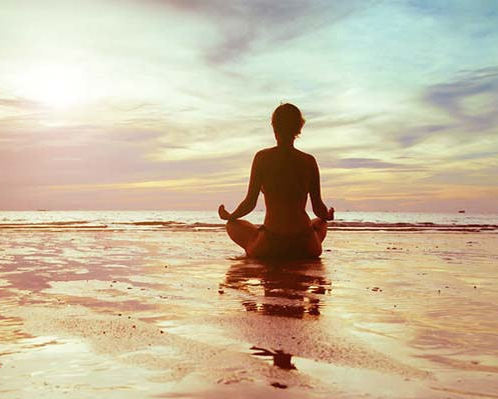 Yoga has been one way that India has ‘branded’ itself, writes Daya Kishan Thussu in his new book on ‘soft power’. Credit: Flickr

Daya Kishan Thussu’s Communicating India’s Soft Power: Buddha to Bollywood (Sage, 2016) is a rare resource on the subject of the country’s ‘soft power’. As the author himself claims, “on the soft power of China itself there are at least half a dozen books published in English – many more in Mandarin – while in the case of India the terrain is blank, despite its large array of soft power elements”.

By bringing facts, strategies and perspectives together, the book details the key elements of India’s soft power. It explains how soft power has been and can be wielded and what the lacunae are in the existing policies of the Indian government for doing so. The author advocates a ‘multiperspectival’ approach to bridging the existing gap in the literature of media and communication studies and the field of international relations.

The book is innovative in its approach and methodology. The focus of its argument throughout is on the methods, modes of transmission and key features of India’s soft power, rather than its influences and effects.

At the outset, the book delineates the various threads making up soft power as a concept as well as a utilitarian entity in the contemporary global order. Thussu argues that though there are attempts to indigenise the discourse on soft power, the US still runs the show because of media dominance. Specifically, Joseph Nye’s conceptualisation of soft power “cannot be divorced from the US foreign policy agenda and its implementation”. Building on Nye’s coinage and elaboration of the term, various countries have (mis)used it – to promote their global profile, build their image and increase their influence. Thussu’s examination of powerful countries’ varying strategies and approaches reveals differences in the substance and style of their soft power. Many variables – geopolitical, economical, civilisational – determine soft power potentials and projections. Despite the differential impact of these variables, communication mechanisms play a central role in shaping discourses on soft power in the majority of the cases discussed in the book.

Against this backdrop, Thussu highlights certain features and elements of India’s soft power and the centrality of communication in the dissemination of soft power potentials. He argues that India possesses exceptional soft power resources –  from its cultural heritage of diversity to its identity as the world’s largest democracy and a “rang-biranga prajatantra” (“colourful democracy”). In other words, the spectrum of India’s soft power is multicoloured and multifocal. This necessitates an exploration from various vantage points.

Thussu mainly emphasises five key arenas of India’s soft power – historical traditions, the role of the diaspora, the revolution in informational technology, popular culture (mainly cinematic) and the tools for branding India in the global scene.

The crystallisation of complexities

While analysing India’s soft power from these aspects, Thussu makes many thought-provoking arguments that could be eye-openers for the Modi government.

For instance, in contrast to the government’s monolithic, mythical projections of ‘Indian civilisation’, Thussu notes that India is perceived in the world as “a source of knowledge and wisdom [that] owes its origins to the culture of debate and discourse – ‘heterodoxy,’ dominated cultural life”. Further, he argues that India has underperformed in communicating its historical legacies and civilisational synergies. The performance of the state-owned media agency, Doordarshan, has been disappointing despite having enormous English-speaking human resources at its command compared to the non-English speaking resources of small states, such as France 24, Press TV in Iran, NHK World in Japan and Al-Jazeera English in Qatar. As the author points out, “among the major countries, India is the only one whose national broadcaster is not available in the world’s main capitals.”

In a nutshell, Thussu underlines the distinctive characteristics of India’s soft power – which is based on its traditions of public reasoning and religious tolerance, its culture of argumentative heterogeneity and philosophy of peaceful coexistence. But he also argues that so far, no indigenous discourse on soft power has emerged from India. In contrast, he notes, American soft power is military-backed and strategic in nature.

Thussu attempts to create a parallel discourse that broadens the Americanised conception of soft power. His analysis rescues soft power from Nye’s narrow, limited conceptualisation. He proposes the tempting idea of the “De-Westoxification” of soft power. However, his arguments are not antithetical to Western/American discourse; they are, rather, complementary to it.

At the same time, he has not given due space to public diplomacy in the book. He has taken the mainstream view on culture as soft power. This makes his analysis sanitised and clear but means that it misses other regional and local cultural dynamics in India.

Overall, the book creates a new horizon for the analysis of India’s soft power. It is a valuable contribution to the existing discourses on soft power and the mechanisms to wield it in a digitised world. It is a must-read for practitioners of foreign policy, as well as students of international relations and media studies.

Ladhu R. Choudhary is an assistant professor at the University of Rajasthan, Jaipur, where teaches international relations