Review: 'Magical Women' is Magical in Some Parts, Discomfiting in Others 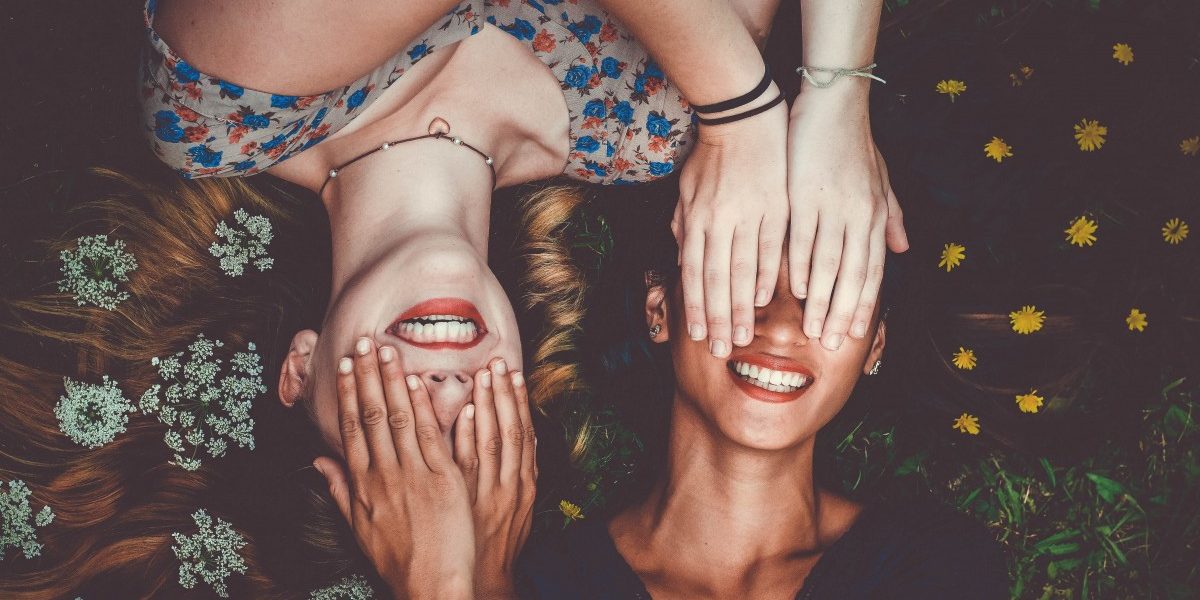 The community of science fiction and fantasy writers in India is small, so when I first heard about Magical Women, a collection of stories by 14 contemporary writers, all women, I couldn’t wait to get my hands on it. Sukanya Venkatraghavan has put together an exciting list of writers ranging from those who have written their first short story for this collection to those whose books have featured on the New York Times‘ bestseller list.

The book begins in 1858, with the soft love story of Gulbadan and Munni, two courtesans in Lucknow. The words of the author, Shreya Ila Anasuya, are, like her characters, “impossibly tender”. A similarly dreamy story is Tashan Mehta’s Rulebook for Creating the Universe, set on an “island that floats at the beginning of time”. On this island live weavers who stitch entire universes together using lotus stalks. As the title suggests, there is a rulebook, and Yukti does not want to follow it because she wants to create volcanoes and melting suns but is only allowed to weave forests and rivers. It is a velvety origin story told through a sequence of events that left stars in my eyes for quite some time.

One of the most delightful stories in the collection, Grandma Garam’s Kitty Party, features a community of witches who follow Chudailism, as opposed to the more modern Straighteners who are vegans and have office jobs. At her grandma Garam Badan’s kitty party, which is a gathering to sacrifice cats for (and celebrate) the Ma Chudail – the mother of all the witches – a young witch announces that she is converting. Shweta Taneja’s witches made me laugh and long for the time in our very real, not imaginary past when chudails played themselves in Bollywood horror films.

Another intriguing story is S.V. Sujatha’s Gandaberunda, in which Amaya has a tattoo, a tumour and a tale to tell.

Venkatraghavan’s Rakshasi is a charming gardener I wish I could be friends with. The same goes for Nikita Deshpande’s Savitri in The Girl Who Haunted Death. Both these characters, along with Shveta Thakrar’s Damayanti/Prajakta in The Carnival at the Edge of the Worlds, are determined to reevaluate their histories so they can rewrite their futures. 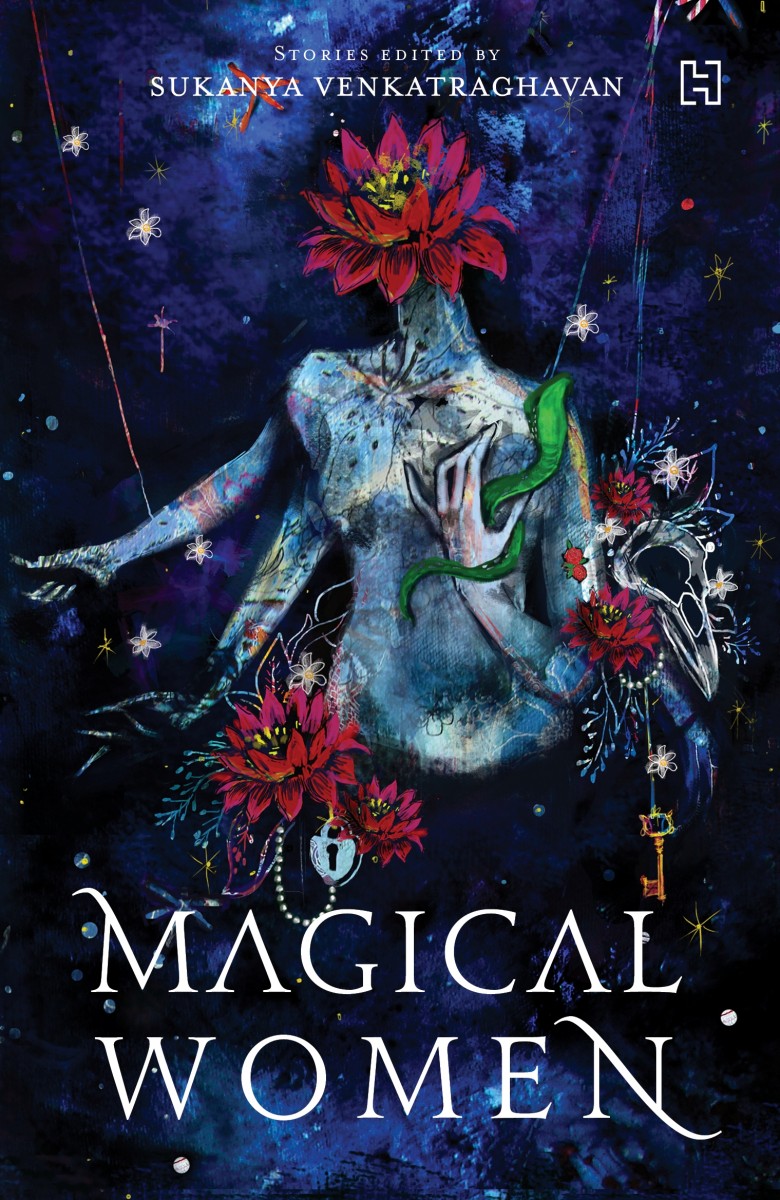 Venkatraghavan the editor explains in a note prefacing the book that the latter is meant to represent “us” and “flaunt the magic that is so uniquely in our blood”. She is referring to, and addressing, Indian women in general. A recurring image in many of the stories however is that of the angry Hindu goddess, an image that feels with very few exceptions to be anachronistic and overused.

In one story, goddesses bicker with each other over the attention of the gods they are married to and speak of freedom as liberation from mortals without any mention of a liberation from the arrogance of the gods themselves. In two stories, Earth and Evolution Walk into a Bar and Apocalypta, goddesses are angry at the creation of humans who have only wrought destruction, upon themselves and the planet, and lay waste to the world against the wishes of their male counterparts.

The threat of rape makes an appearance multiple times as the reason why goddesses (and in one story, a rakshasi) are ready to take revenge. However, Apocalypta is a particularly bizarre story in which Lakshmi allows a man to rape a child so that she can steal a security key card from him to allow them to ‘hack’ the world’s security systems.

In these stories, the women are all magical in the same way; they are beautiful and mesmerising in the same way. And there is something discomfiting about a magic of women that only manifests in ultra-feminine ways and through ultra-feminine people. If I didn’t know the writers were all women, I might have used the term ‘male gaze’ to describe my discomfort.

In one story, her “eyes are arresting, holding [everyone] down in a deep knowing” with “red and copper highlights that travelled the length of her hair” that “fell around her in waves”. In another story, she has “long hair, eyes that seemed to big for her face. Lips that she had always thought too plump…Yet [he] called her beautiful”. In a third story, she is created to “seduce with the gentleness of beauty” and “was different in a way that no one was these days, full-bodied with high round breasts and broad hips that seemed to move on their own”. (Kiran Nagarkar, is that you?)

By extension, characters who are not ‘hourglass’ women are conspicuous in their self-loathing. For example, one of the many Lakshmis in the book has put on a “morbid” amount of weight, eliciting “snorts” and looks of “disdain” from the other goddesses. One of them is Parvati, who takes pride in her “rather emaciated figure” with her “ribs strained against her skin beneath small, naked breasts and her midnight complexion [glowing] with even more stars than usual”.

Elsewhere, the “full-bodied” woman is juxtaposed with the other main character, whose “body repulsed her when she looked at herself” because she was “androgynous”, “all angles and bones”. None of these descriptions serve as critical commentary. They read more like sincere attempts by writers to beat magic into the long-dead cliché of divine femininity.

If, like me, you are still navigating the world of Indian speculative fiction, you will find writers to add to your to-read list. At the same time, you might find some of the stories in the book a little difficult to finish thanks to their fixation on Hindu mythologies and seductive women. The best stories in the collection stand out because they borrow from the legacy of speculative fiction and imagine people and places that liberate us from convention, rather than extend stories that limit our imaginings of new worlds, new societies and ourselves.

I hope more books like Magical Women make their way into print, but I also hope that we can engage with magic and womanhood in ways that better reflect the times we live in.

Srividya Tadepalli is an educator and writer based in Chennai.