Ashis Ray, in his book Laid to Rest, has brought together all the evidence for the Netaji's death and made convincing arguments to dissipate the uncertainty surrounding his demise. 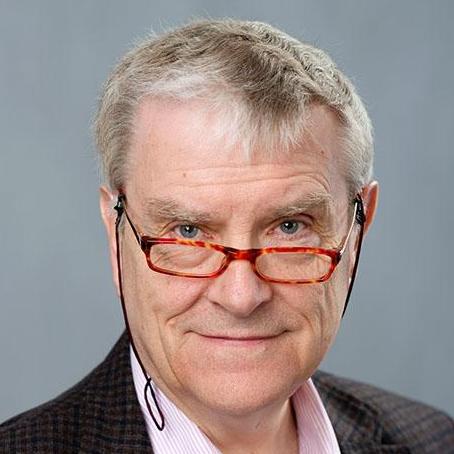 For decades, India has been haunted by a mystery which did not go away; a myth which refused to end despite more and more evidence being brought forward. The myth concerned the disappearance of Subhas Chandra Bose, who represents India’s fight for independence as much as Mohandas Gandhi and Jawaharlal Nehru do. Bose’s disappearance in the days following the Japanese surrender were used to construct a story that was based on beliefs and not on evidence: Some claimed to believe Bose may have survived the end of the Indian National Army, the army he founded in South East Asia to fight alongside Japan against the British. 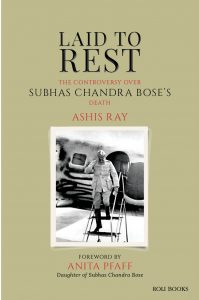 This belief has been challenged by documents and by witnesses over the years. The book Laid to Rest will hopefully end all the rumours about Bose’s survival that Bose might have reached the Soviet armies in Manchuria; or might have sided with the Chinese People’s Liberation army. Fuelled by wishful thinking, this myth has been a belief against reason. And it has been convincingly deconstructed, at last.

Bose died of the consequences of an airplane crash in Taipei on August 18, 1945. This is confirmed by documents from Taiwan and Japan, from India. the United Kingdom and from the Russian Federation – all included in the results of the research the book is based upon.

In the first years and decades of India’s independence, Bose was not allowed to die. As the details of his death were overshadowed by the chaos surrounding the Japanese retreat, also the retreat of Bose’s Indian National Army (INA), it took some time for Bose’s followers as well as for his opponents to get familiar with the facts. But even after that, speculations did not cease to exist. “Netaji” – Bose’s title – is alive, living in the Soviet Union or in China. And soon he might return, freeing India from all the burdens it had to bear even after independence.

The Indian government appointed more than one commission to study Bose’s death. All of them came to the conclusion that he had died in Taiwan. All the records confirmed his death in a hospital in Taipei, some hours after the Japanese military aircraft he had used had crashed immediately after takeoff. And all this evidence has been brought together in Ashis Ray’s book. For everyone who is not interested in (mis)using Bose for a political agenda, Ashis Ray provides the final authoritative proof of Bose’s death in August 1945. But why did the speculations not have come to an end earlier, and why can we expect that some will not accept Ray’s book as the answer to all the questions about Bose’s last days?

Too many interests did not want to come to terms with the reality of Bose’s last days. And it is this background that gives the romanticism of Bose’s myth a specific meaning.

Bose is the hero of a specific brand of Bengal nationalism. Because the historic role Bengal played in the “Bengal renaissance” and the emergence of an all-Indian independence movement seemed to be diminished and overshadowed by the dominance of non-Bengals in the Indian National Congress immediately before and after independence, Bose enjoys special prominence in the state. Bengali nationalists who opposed the partition of Bengal strongly in 1947 were (and still are) looking for a symbol of their resistance against partition which according to them was Nehru’s and Ali Jinnah’s responsibility.

Bose is the hero of militant nationalists. As the overall perception of the Indian independence movement is that of Gandhi’s triumph– of the success of a distinct non-violent movement– some Indians want to keep alive the memory of the movement’s military wing, represented by Bose and his INA. Indians who don’t share the tendency to worship Gandhi and his message tend to see in Bose and his role the antithesis to Gandhi’s pre-eminence. 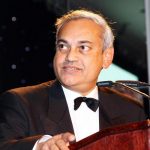 Bose is the hero of all Indians who blamed (or still blame) the rule of Nehru and his party for all the evils still existing after 1947– mass poverty, discrimination within the deeply fragmented society, humiliation by China in 1962. As the parliamentary opposition against Congress-led governments was too weak to have any impact on Nehru’s and his daughter’s rule until 1975/77, Bose’s reputation was instrumental for a strong opposition outside parliament. Whoever opposed Nehru for principal reasons – from the right or from the left – was looking to Bose as seemingly the only opponent with some weight.

For scholars, over the years, the question has already not been about the possibility of Bose surviving 1945. The question has been how all the rumours about “Bose might still be alive” were used for political purposes in India: Why was it so difficult to accept the obvious reality? What were the interests behind the myth keeping Bose alive for years in China or the Soviet Union?

Ashis Ray’s book and his line of reasoning provide all the legitimate answers to Bose’s death. All the arguments brought forward are based on fully convincing documents. The book also wins credibility because Bose’s daughter Anita Pfaff has written in her foreword that “the only consistent story about Netaji’s demise remains his death in a plane crash on 18 August 1945”.