Review | 'Like Ice Crunched Under a Boot': Hamid Ismailov’s 'The Devil’s Dance'

The first major Uzbek work to be translated directly into English recreates the last days of Abdulla Qodiriy, the Uzbek writer who was executed during Stalin's Great Purge.

At the height of his popularity in the mid-1920s, Uzbek writer Abdulla Qodiriy’s work “was recited to gatherings in tea-houses”, and “parents named their daughters after [his] heroines”.

The writer of the first full-length Uzbek novel, however, had the misfortune of being a non-conforming intellectual in the Soviet Union. 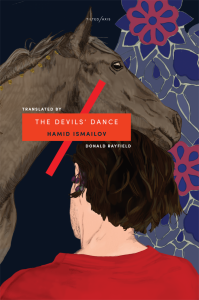 Arrested and imprisoned during Stalin’s Great Purge, Qodiriy was eventually executed in 1938, along with a host of other Uzbek artists and intellectuals, such as great poet Cho’lpon (who translated Shakespeare into Uzbek), and the playwright and scholar Abdurauf Fitrat.

At the time of his death, Qodiriy was believed to have been working on his third novel, Emir Umar’s Slave Girl. The novel was set in the tumultuous mid-19th century, when the British and Russian Empires vied for control over Central Asia through a series of manoeuvres now known as “the Great Game”. Emir Umar’s Slave Girl – presumably destroyed by the Soviets – has never been found.

Hamid Ismailov’s The Devil’s Dance – the first Uzbek novel translated into English (in 2018) – recreates Qodiriy’s last days in an NKVD prison. Written in the form of a frame story, The Devil’s Dance moves between Qodiriy’s interrogation and resistance in prison, and the events of his lost novel: the military conflict between the Central Asian Khanates of Kokand and Bukhara, amidst the intrigues of the Great Game.

While it begins with Qodiriy composing the Emir Umar’s Slave Girl in his head and in the darkness of prison, the characters and events soon take on a life of their own (by the end, in some of the most haunting passages of the book, even Qodiriy struggles to tell the difference). The Devil’s Dance then turns into two parallel stories that, at times, blend into each other: the tragedy of Qodiriy (and his comrades) under Soviet repression and, a century earlier, the tragedy of Nodira, the accomplished poet and stateswoman who tried to hold Kokand together in the face of a military onslaught by its more powerful neighbour, and the scheming of the British and Russian empires.

Also read: Review: A Satirical and Political Indictment of the Vietnam War

The two stories come together in the figure of Oyxon, the (forced) third wife of Nodira’s husband, Emir Umar, who provides a connecting link between the two eras in the memories of the prison’s enigmatic British inmates. As one after another, Qodiriy’s friends are taken from the prison to be shot:

“… his tears were bathing the defunct and forgotten, his wretched people and their errant history, of whom beautiful, betrayed Oyxon seemed such a potent symbol, her memory in danger of being lost along with her poetry, another chapter of Uzbek literature brutally excised.” (p. 264)

In these words, we have the essence of the novel: the struggle of an individual spirit to survive under conditions of brutal repression. The Devil’s Dance explores what Vargas Llosa’s Nobel Prize citation pithily described as the “cartography of structures of power… [through] trenchant images of the individual’s resistance, revolt, and defeat”. 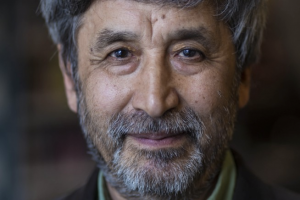 In the mid-19th century, that individual is Oyxon (and, although more in the background, Nodira), whose position as a woman in a militarised society, caught up in the throes of a desperate conflict, leaves her particularly vulnerable in her attempts to negotiate a safe passage through the shoals of power.

In the mid-20th century, that individual is Qodiriy, subjected to a persistent attempt by the NKVD, through interrogation after interrogation, torture, solitary confinement, and denouncements from his erstwhile colleagues, to “confess” to being an Uzbek nationalist and a member of an “anti-Soviet organisation” (“… did an Uzbek mixing with Uzbeks now count as being a member of an organization?”): in essence, to confess to being guilty of thought-crimes.

Both these themes, of course, are universal in their own ways. The accounts of Qodiriy’s prison interrogations and solitary confinements, which are aimed at bringing about his mental disintegration rather than seeking out the truth, are reminiscent of passages in Arthur Koestler’s Darkness at Noon, or Danilo Kis’s A Tomb for Boris Davidovich. The more historically-oriented narrative of Oyxon and Nodira may remind readers of works such as Vladimir Bartol’s Alamut, which told the story of the Hashshashin sect, also partially from the perspective of women.

Also read: A Book that Explores the Unjust Abstraction of Disappearance

The Devil’s Dance is, however, firmly anchored within a sense of place. This is accomplished by the role played by poetry throughout the novel. As the translator Donald Rayfield informs us in his Afterwords to the novel:

“… poetry, unlike prose fiction, has been the mainstay of Uzbek culture for six hundred years; in the structure and tone of this novel, it plays a key role. Qodiriy often recalls the lyrics of Cho’lpon, Uzbekistan’s great poet, a man of the same stature as Europe’s best twentieth-centry poets … in a similar way, a hundred years earlier, poetry flourished at the courts – and particularly in the harems – of Uzbek khans and emirs. Here, women found their voice, and it is the poetry of Uvasiy, a close friend of the Khan of Kokand’s first wife Nodira (who was herself a poet) that expresses, sometimes with the modernity of a Marina Tsvetaeva, the frustrations and despair of a woman under a ruthless Islamic tyranny.”

While poetry is notoriously difficult to translate, the excerpts in The Devil’s Dance are not only integral to the structure of the novel, but they successfully retain their beauty in English. From the wrenching ambiguity of the political (“Like sharp splinters, or shards of rock in the mountains,/ Emptiness pierces my shoulders with a fear of light.”) to the plaintive yearning of the personal (“The heart’s page, without the writing of your wounds, is lonely and empty.”), and again to the simplicity of defiance in the teeth of destruction (“It’s a leaf’s destiny to fall;/ That is how it must be,” they say./ But mighty Life, which makes rules for all,/ Makes thousands more every day.”), it is poetry that sets the mood, frames the transitions, and heightens and sharpens the impact of the narrative.

And in this, it is assisted by the surrounding prose which is best described (as this review does) by the word “beguiling”. The story is spun out images that are new and fresh, and yet, entirely apt and never strained:

“At certain moments, time seems to show you its silhouette. Like a nimble snake, time moves from the caged lamp on the sloping concrete ceiling, down the pistachio-green walls to the cement floor, where it slithers away, swift as if scalded, out past Abdulla through the open door.” (p. 190)

“Question after question worms its way into your brain. Turning it into a something like a silkwork hatchery, your thoughts are the mulberry leaves the larvae feed on, punctured as if by an awl.” (p. 203)

The Devil’s Dance is banned in Uzbekistan, and its writer lives in exile in London. There could probably not be a more fitting justification for a novel that testifies both to the power of words, and to the one thing that comes as close to being indestructible as anything that we know in this world: the kernel of human dignity that remains the ultimate irritant – and terror – of authoritarian power everywhere and at all times.

Gautam Bhatia is a Delhi-based lawyer. He reviews books for Strange Horizons magazine and on his blog.