An accomplished journalist who held senior jobs in Brussels, London and the US before becoming editor, Barber is known for his film star good looks and for his lack of both self-doubt and modesty, as the book shows. 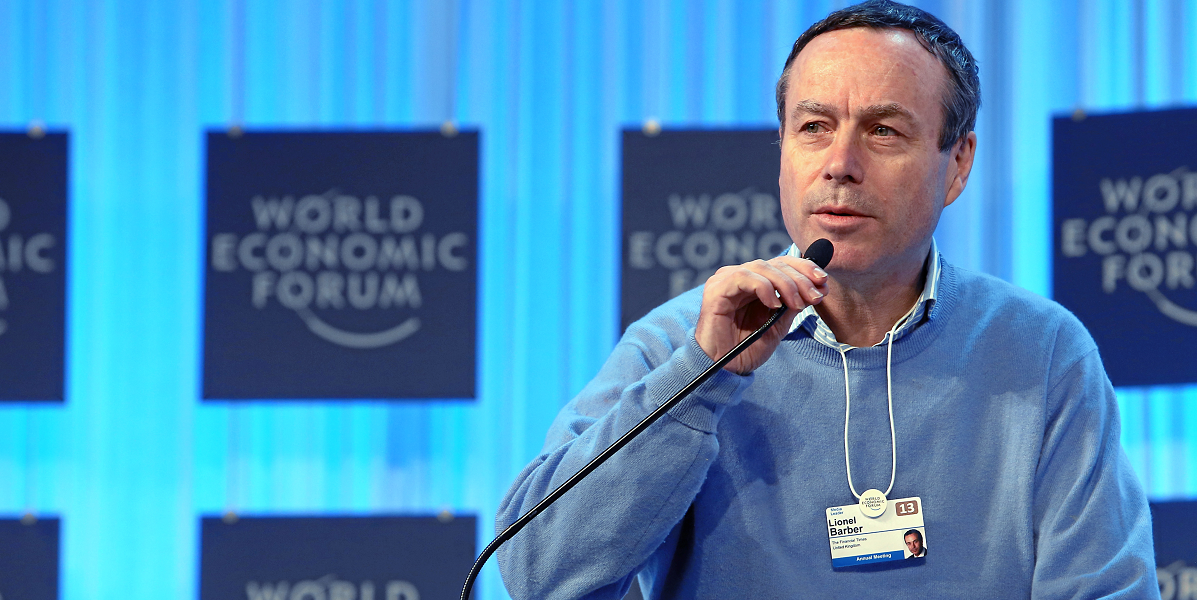 Lionel Barber thrived in his first ten years as editor of the Financial Times. Nikkei, the Japanese media group, found it could work well with him so it asked him to stay on when it bought the title in July 2015.

That led Barber to a 14-year reign that was remarkable for what was achieved, which he triumphantly lays out in his memoir subtitled Private Diaries in Turbulent Times.

An accomplished journalist who held senior FT jobs in Brussels, London and the US before becoming editor, Barber is known for his film star good looks (some say he could be a James Bond actor), and for his lack of both self-doubt and modesty, as the book shows.

Now aged 66, he has quite a lot to boast about. He took FT from a low point with a circulation of 400,000 (and 80,000 online) in a falling market to over one million paying readers around the world. That was achieved by turning the salmon-pinkish daily UK-oriented broadsheet newspaper into what he describes as a “sustainable profitable business based on digital transformation” – in effect creating a virtually new brand for the digital age.

He also restored “the gold standard in FT’s reporting and commentary”, building on traditions begun by Sir Gordon Newton, the newspaper’s greatest and longest-serving editor (1950-72). “I preside over a broad church, maintaining accuracy, authority and quality,” says Barber. 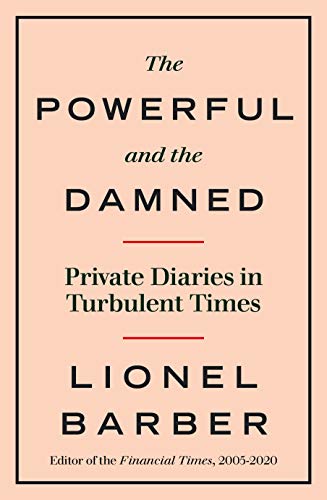 Digitisation and the gold standard are frequently mentioned as the keys to success. Barber realised at the start that he would be “an agent of change…leading the transformation of a print-based product mainly funded by advertising to a fully digital, award-winning news organisation” with content that readers were prepared to pay for.

That required more leadership than he could provide alone so he picked journalists and promoted them to key positions to work with him implementing the changes – and then to help manage the challenges of the Nikkei takeover, as well as reporting crises that included the 2008 financial crash along with the Brexit referendum and Trump’s presidency.

Barber glories in tracing his two or three-times-a-week meetings with the world’s Powerful and Damned leaders of governments and business. “I was an interlocutor to dozens of people in power around the world,” he declares.

Partly listed at the front of the book, they range from Donald Trump and Vladimir Putin to Shinzo Abe and Narendra Modi (but not Xi Jinping). Showing too much obeisance for an objective journalist, he says that he was “granted interviews” by crown prince Mohammed bin Salman of Saudi Arabia, as well as two British princes. Heads of governments, banks and companies rank lower – with them, as the FT editor, he was “privileged to gain access”.

“It’s a totally legitimate question to debate the balance between access and distance,” Barber told The Guardian in an interview last November. “I am very aware that I enjoyed unique access to thugs and to very rich people. But it was my job to understand power, and how power is exercised, and I’m not easily seduced, believe me.

But his lofty editing had a negative impact on Britain’s 2016 narrow referendum vote to leave the European Union.

He admits that FT failed to tune in to growing support for Brexit among UK voters before the referendum. “We could have done a better job reporting on the depth of disaffection, especially among older voters and the ‘angry white males’ who have seen their incomes either cut or stagnate,” he says.

Roula Khalaf, his British-Lebanese deputy who succeeded him as editor, had “the great idea of dispatching FT foreign correspondents to the four corners of the UK to test voter sentiment” – something that had been done earlier during general elections. “Three [correspondents] returned to London with the same message: Vote Leave. We missed the signal among all the noise!” Barber admits. That shows a serious lapse of editorial leadership.

There were of course other more vital reasons for the Brexit vote, ranging from Prime Minister David Cameron’s tone-deaf hubris in calling the referendum to Boris Johnson’s lies and deceit, which helped to mislead an electorate that was never adequately informed about what was at stake. More widely, there were issues such as globalisation, disillusionment with ruling elites, and mass immigration, especially after Angela Merkel allowed nearly a million migrants into Europe at the end of 2015. 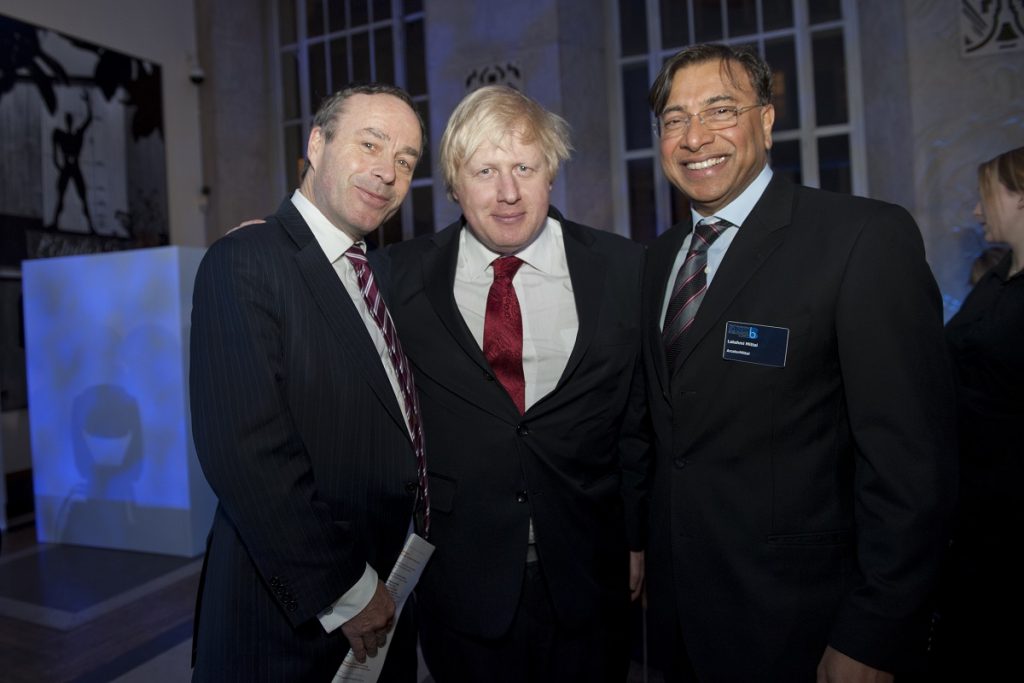 Barber was living in the stratosphere of high-level contacts and was, it seems, not reaching down to discover what was actually happening. The editorial stance was so determinedly pro-EU that the story was not adequately and even-handedly covered by reporters. There was excellent commentary from top columnists such as Martin Wolf, internationally recognised for his economic and other analysis. But that was a top-down approach, reflecting the rarefied world where Barber spent his time when he was not at his desk.

That contrasts, for example, with the way that FT reported the growth of trade union power years earlier. I joined FT in 1966 and, two years later, Gordon Newton promoted me to run the labour and trade union coverage. He told me to make FT the top newspaper on the subject, replacing the Daily Telegraph that had the best coverage. By then, FT had moved on from being just a financial newspaper and, as Newton had put it, was designed for “those who make or influence decisions on business, finance and public affairs in the world”.

In the next nine or ten years, we covered strikes in detail, splashed across the front page and inside the paper, reporting and analysing the trade union and workers’ cases as well as the employers’, earning respect from both. At no time was I ever asked to tone down or adjust the often trade union-empathetic lines we were taking.

I’d left FT long before Barber became editor, but it was clear to me as a reader that he was failing to organise such coverage on Brexit. He was subsequently awarded France’s Légion d’honneur – officially “for services to journalism” but really for his loyal pro-EU stand. He was criticised, as a supposedly impartial editor, for accepting the award. Jacob Rees-Mogg, a leading pro-Brexit Conservative politician, said he had been rewarded for “furthering the interests of a foreign government”.

Barber admits that the Daily Mail accused him of being a “weapons-grade social climber and name-dropper extraordinaire, with a statesmanlike aura”. That critique has been widely echoed in reviews and comments since Barber’s memoir was published last October.

But his successes included steering FT through its first four or so years of Japanese ownership, which cannot have been easy. He established a rapport with Nikkei and, seemingly, ensured his and his successor’s editorial freedom.

It is curious therefore that one of Japan’s biggest corporate stories – the arrest in Tokyo, jailing, then bail and dramatic escape of Carlos Ghosn, the former head of Nissan and Renault – gets just a five-line footnote in the book without any discussion. There was plenty of coverage in FT, though I thought at the time that it was skewed against Ghosn.

Barber jetted around the world, often with his wife Victoria, for his meetings and parties, and also for “pro-consular visits”, as he calls them, to capitals where dutiful correspondents arranged appointments and tours.

In India, former prime minister Manmohan Singh is seen as a “softly spoken Sikh” involved in economic reforms, while former finance minister P. Chidambaram is “bumptious” (“arrogant but effective” is a more usual description). Congress leader Rahul Gandhi “seems either shy or diffident and overburdened by leading his party”. Narendra Modi was “a lot sharper”.

Barber has no professional qualms about naming top background sources that he met in presumably private meetings, illustrating the contradictions and tensions of bridging closeness to power with journalistic reporting and objectivity. That is a theme that recurs throughout the book, sharpened by Barber’s desire to show off. He had built up an impressive list of contacts and friends during his years as a correspondent, but they may be surprised to find themselves directly quoted, given that such conversations usually take place off the record and without any attribution.

In November 2015, when Modi is visiting London and appearing with Cameron at an overseas Indians’ mega rally in Wembley Stadium, Barber suggests during a meeting in Downing Street that the UK should relax Indians’ visa-entry rules. “Cameron pushes back, referring to bogus higher education colleges or job seekers who stay on. ‘We don’t need more taxi drivers’” – not a slight that Cameron would have wanted Modi to see in print. 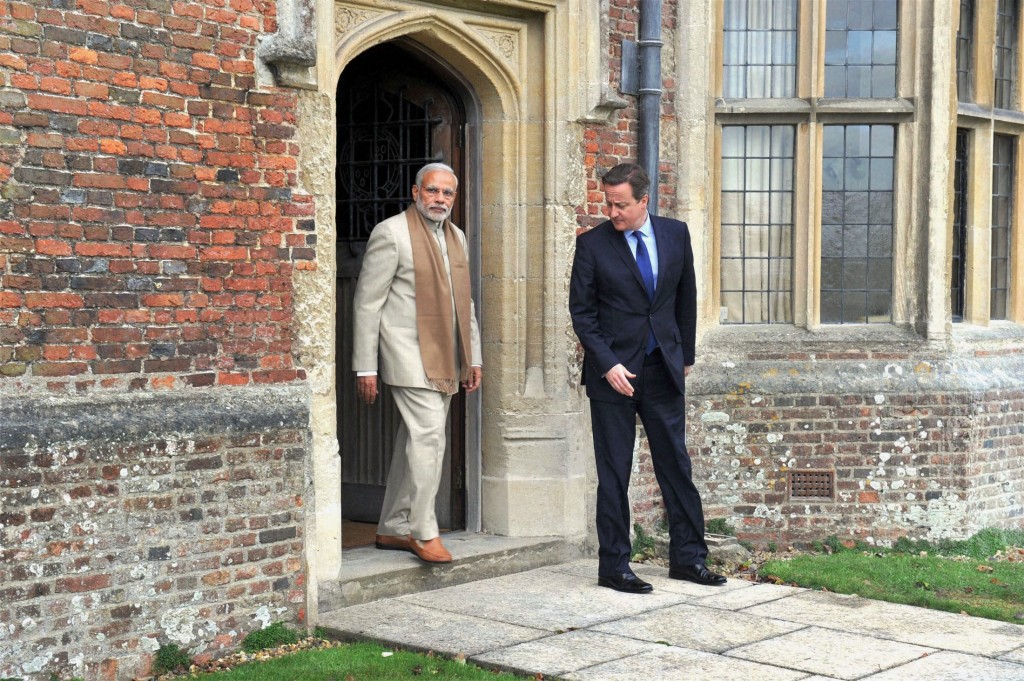 A contact told Barber that Barack Obama, on a 2008 trip to London, said of Britain’s prime ministers, “On [Tony] Blair: sizzle and substance. On [Gordon] Brown: substance. On Cameron: sizzle.”

Royal protocol is breached when he reports that Prince Andrew gave him “a nod and a wink, wink” at a Buckingham Palace lunch in September 2014 when he asks whether the Queen would make a statement against Scottish independence just before voting day in the 2014 referendum. She does, and Barber expands on the story in a book publicity article in The Times, which ran the headline “Queen ‘planned move to foil Scots independence’ before 2014 referendum”.

Unusually for such a supremely self-confident guy, Barber eventually left the post at the top of his form and did not stay on, like many politicians and company bosses, till his position crumbled. When Tsuneo Kita, Nikkei’s chairman, makes his first visit to the FT offices in July 2015, he asked Barber to remain editor. In February 2019, Kita told him that his time would be up at the end of the year.

There are some marvellous one-liners in the book. A North Korean ambassador to the UK, who comes to lunch, asks the cost of buying a discarded FT laptop.

When Reed Hastings, the boss of Netflix, was asked by a sharp reporter to explain his business model, he replied, “We actually compete with sleep.”

John Gapper, a veteran columnist, poked his head round Barber’s door on his last day in the office and said, “You saved FT”. Gapper was correct, he did. The FT is thriving, so this memoir could have benefitted from a little more modesty to soften such a name-dropping ego trip.

This article was first published on Ride the Elephant, John Elliott’s blog. It has been slightly edited for style.