He was, perhaps, one of the most reliable links that Bengal and India had to the counter-culture movements across America and Europe. 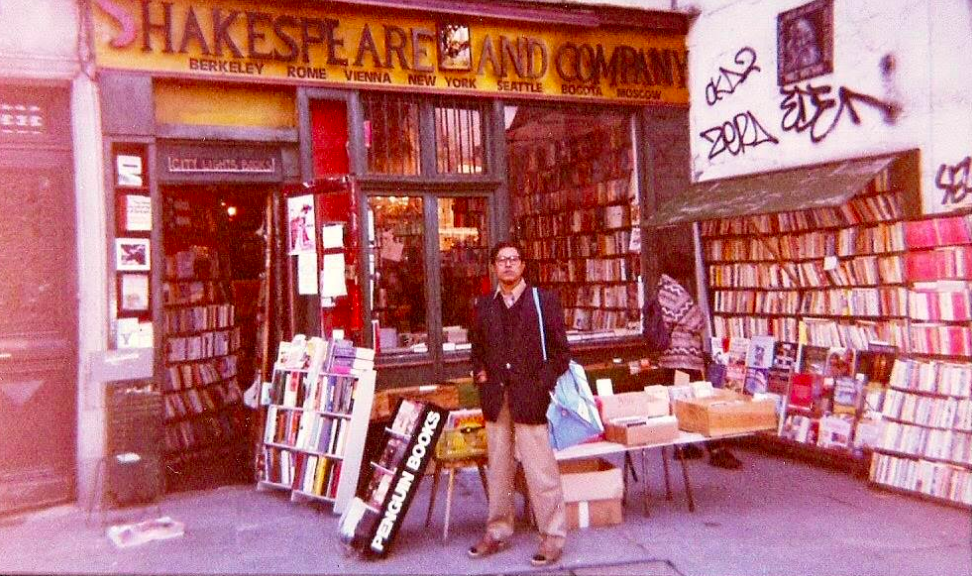 America’s Beat generation legend Lawrence Ferlinghetti once said, “Pradip Choudhuri’s poetry proves that poetry is still the desiring machine of our dreams, the hungry beast that devours us all.” Choudhuri, one of the most important poets of Bengal’s iconic Hungry Generation literary movement of the 1960s, died after testing positive for COVID-19 in the early hours of April 25. He was 78.

He was, perhaps, one of the most reliable links that Bengal and India had to the counter-culture movements across America and Europe. His lifelong friend, French poet and collagist Bruno Sourdin called him, “The sacred fire of Bengal.”

The poet maintained correspondences and cherished personal friendships with the likes of Allen Ginsberg, Carl Weissner, Claude Peleieu, Kaviraj George Dowden, Lawrence Ferlinghetti, Charles Bukowski and others. His trilingual literary publication Pphoo was a common ground for the who’s who of the 1960s anti-establishment thinkers and artists and enjoyed a prestige unmatched at home or abroad. 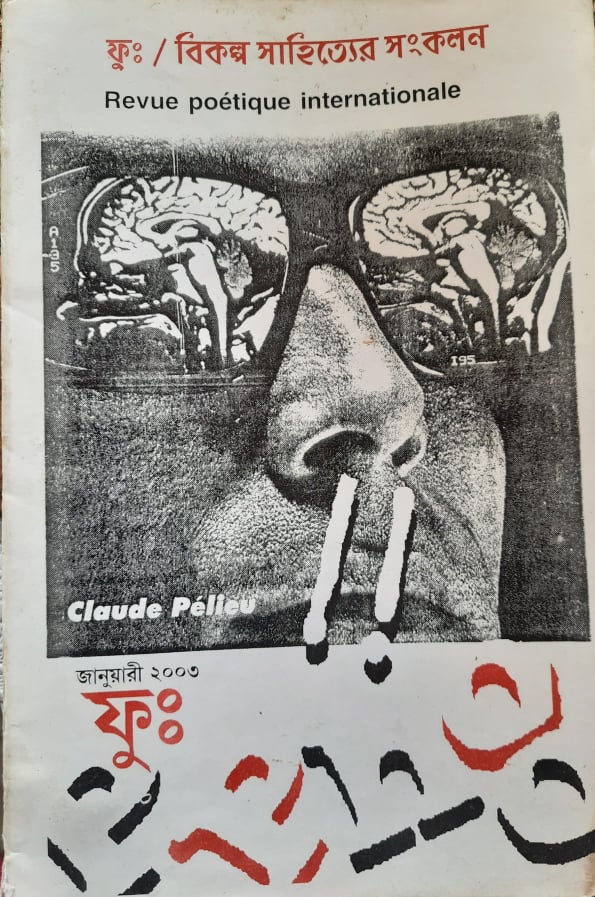 The cover of an issue of ‘Pphoo’ that Choudhuri edited.

Choudhuri was born in a remote village of East Bengal (now Bangladesh) in undivided India on February 5, 1943. When he was three years old, Pradip and his mother travelled to Calcutta (now Kolkata) to join his father who was a teacher in the city. The poet has often been heard fondly reminiscing his childhood as one filled with the quintessential idyll of village life, with the yawn of green pasturelands, sturdy mango trees offering him his first reading nooks, chasing goats and flying kites.

Also read: The Go-To Destination for All Things Beat Generation

At age 20, Choudhuri joined the Visva Bharati University, Shantiniketan as a Masters student in philosophy. Shortly after his admission, he became the secretary of Sahityika, the literary and cultural wing of the University founded by Rabindranath Tagore. By the end of the year, he was rusticated for the offence of writing and publishing one ‘semi-obscene’ and another ‘hundred percent obscene’ poem in the second issue of Swakal, the literary magazine he began from Shantiniketan.

His tryst with obscenity continued, when, in September 1964, he was arrested from the hilly state of Tripura for his collaboration in a Hungry Anthology (March 1964) which was considered obscene and antisocial. In the same spree of arrests, the Calcutta police also rounded up fellow Hungry writers Saileshwar Ghosh, Subhash Ghose, Samir Roy Chowdhury, Malay Roychoudhury (arrested from Bihar) and Haradhon Dhara (alias Debi Roy).

Choudhuri, a veritable torch-bearer for literary independence for both poetry and poets, says in his essay Kobita Dharma (Poetry Dharma):

“Obscenity? As soon as someone calls something obscene the existence of obscenity in his inner world is exposed. “Esse est percipi” – if any iota of this theory by British philosopher Barkley is to be believed, then it is clear that the people who even today get the sniff of obscenity in literature are the very people who need to be condemned for obscenity.”

He later secured an MA in Literature from Jadavpur University on the intervention of renowned professors Buddhadeva Bose and Deepak Majumder who recognised his potential as a student and were unhappy with his expulsion from Visva-Bharati. The poet’s induction to the Hungryalist group was through a casual chat in Calcutta’s famous Coffee House, a veritable zeitgeist for artists and poets of all stripes from across the city. Here he was introduced to all the prominent figures of what was to become Bengal’s corollary to the American Beat Generation. 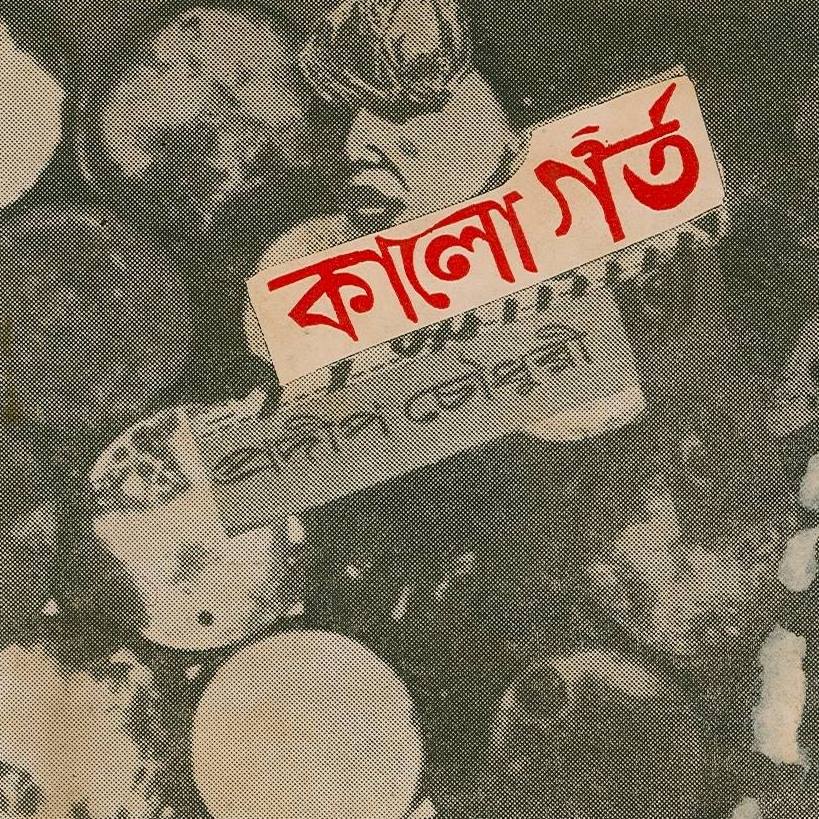 Characteristically, Choudhuri remained critical and balanced in his judgement of the artifice that creeps into poetry and the unwarranted hype that defeats the purpose of any literary uprising. Throughout his eventful writing journey, he remained a continuous pariah, escaping on a loop. He expressed his weariness explosively:

“I’m the youngest drunken madcap ivrogne
of them all
whatever the comforts of this planet
it’s my authorization
they demand
I am used to neither eternity
nor man
my unstable love
is without method
all I know is how to go beyond
the map and
Paris!
Yes, you, you’re imprisoned in this
shithouse of madness
and semen-soaked thighs”

(Excerpt from ‘Rimbaud’, from My Rapid Activities, published in 1965)

Pradip Choudhuri’s name however survives much beyond the Hungry Generation movement. Choudhuri reserved his irreverence till the last, living in the eternal now where he just travelled the world on a whim, studied a foreign language, enjoyed a ballet rendition to his poem (Eclipse, performed by Christine Zwingmann) became a French poet, briefly taught Rabindranath Tagore’s Gitanjali to students at Sorbonne, and stayed at the legendary Beat Hotel. He maintained that the 60s were the time where artists “could freely” be. 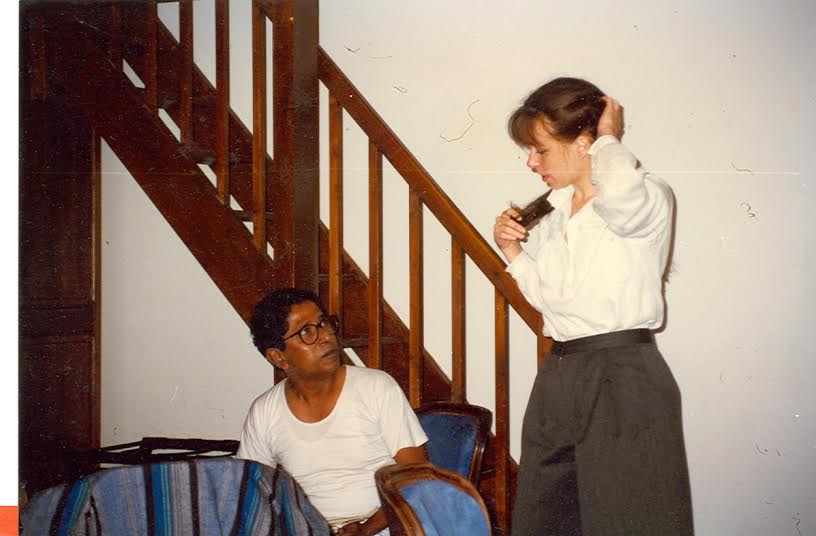 To Jegou’s question that he was published much more internationally, especially France and Canada, compared to India, Choudhuri replies in his unapologetic style:

“Do we all have to stand in a specific location? What does it do with freedom of thought and expression? …Take the case of a few famous authors. Nabokov began to write in Russian, then in French, then in English. What was he then, a Russian writer turned French, an Anglo-American writer? What about Joseph Conrad, who was born Polish and who also wrote in French? He didn’t know a word of English until he was 20 and then spoke with a very strong accent; today, however, he is considered a British writer! Take Kafka who was Czech, but who chose to write in German…I have Czech friends who still consider him a “traitor” for not having written in his “mother tongue”. Obviously, I strongly disagree with this kind of reasoning…So, I have a more complex background than most living writers, and I belong to “a tiny minority” of a group that is already on the fringes of society.”

He went on to pen 10 books of poetry and prose in Bengali. His titles in English include My Rapid Activities (Clandestine, 1965), Skin Disease (Swakan-Pphoo Calcutta), Black Hole (Inkblot, California), The Assassin and the Dahlia (Edition Pphoo, Calcutta 2005) and Essence and Aroma of Asphodel in Hell (Blue Jacket Press, Japan, 2014). 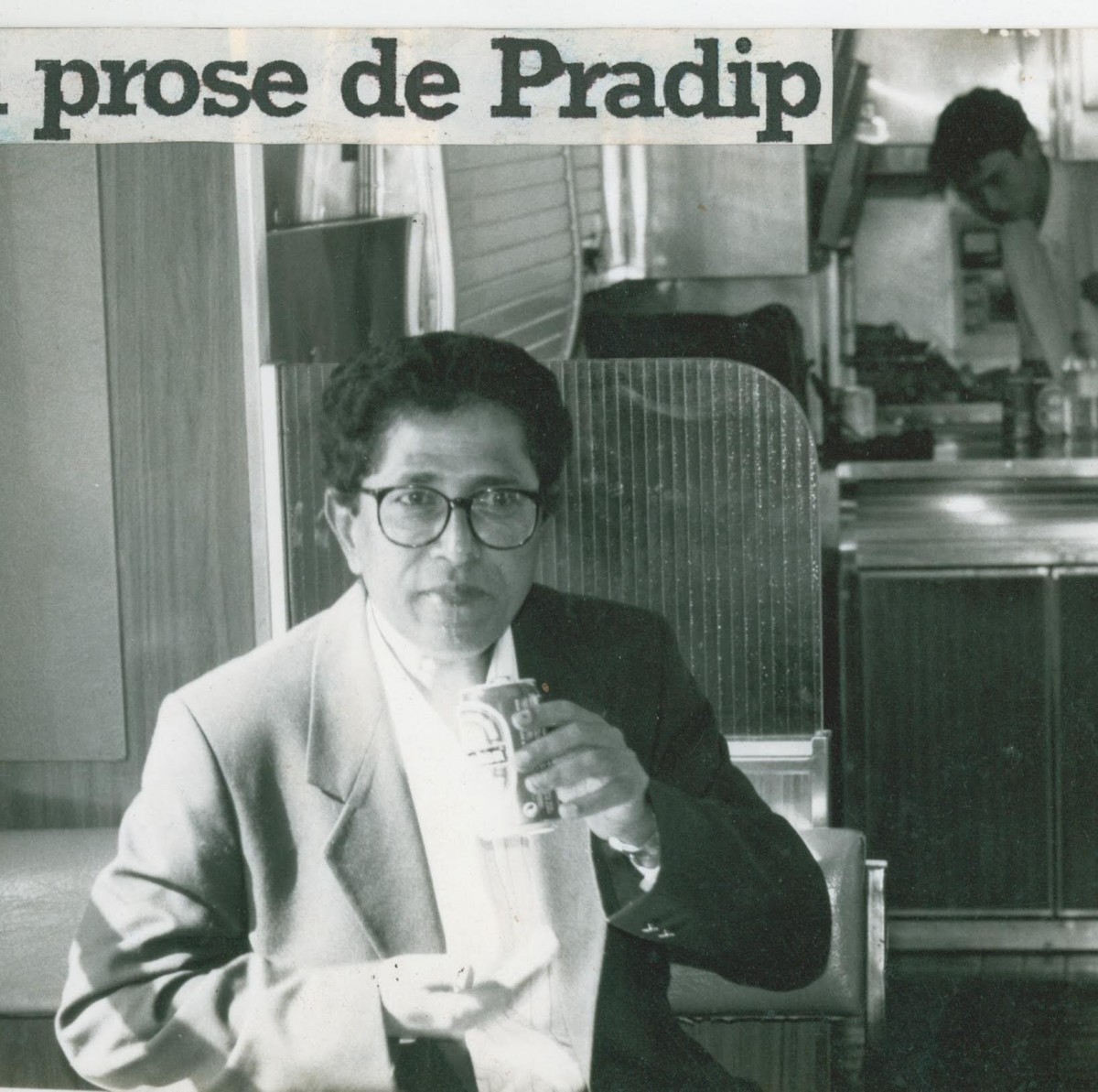 On Sunday, as the news of his death broke, massages of condolence poured in from writers abroad. Renowned French poet and collagist Bruno Sourdin wrote an obituary in French and wrote on Facebook, “Rest in peace Pradip Choudhuri. Memory of a 25 year friendship. I will miss you, old brother!”

“In his trilingual (Bengali/French/English) journal Pphoo he published several of the beat/counterculture/cut-up crowd, including Brion Gysin, Claude Pélieu, Jeff Nuttall, Carl Weissner, Harold Norse, Charles Plymell, Ed Sanders, Norman Ogue Mustill and Charles Bukowski, among others. I think he even published some of South African beat poet Sinclair Beiles. We exchanged quite a few emails at one time, and he was going to send me his correspondence with Beiles, but for some reason it didn’t happen.”

Like everything in life, death too was not an unanticipated journey for the poet. He said in an interview with Alain Jegou in 2015:

“Life and death for me is demarcated by the intensity of living experiences within and without; by the myriad visages of consciousness, fleshy, bloody, the instinctive awareness of a savage animal – The Consciousness going beyond consciousness as a Greyhound from Madras to Kanyakumari passing one terminal to the other, kicking the winds despising gearbox, brushing out the doomsday darkness of nocturnal phantoms…”

Pradip Choudhuri is survived by his son, daughter-in-law and a granddaughter.