Review: Democracy and Debate in the Time of 'IT Cell'

At times, Ravish Kumar may sound pessimistic or cynical but, in fact, the wholesome impact of 'The Free Voice' is positive as it ignites sparks of hope, solidarity, and compassion. 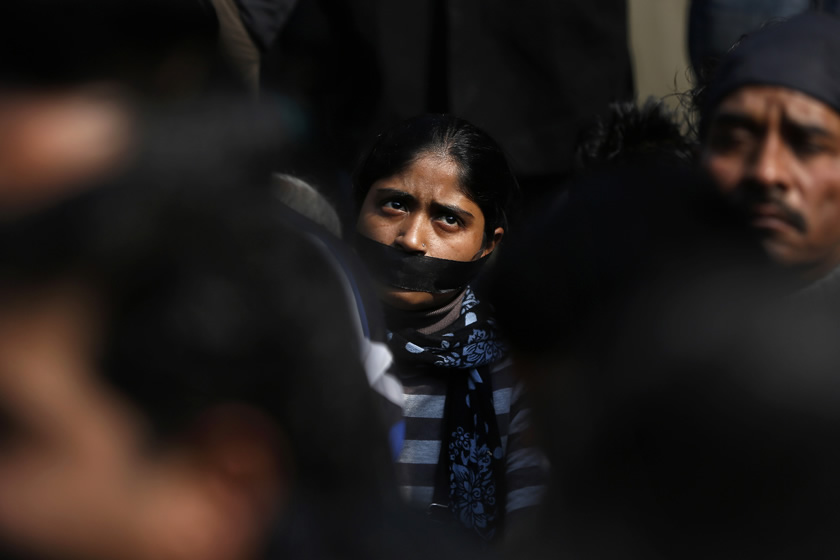 A civilised debate even with friends, colleagues or family members who support and share the ideology of violent majoritarianism is increasingly becoming a thing of past in today's India. Representational image. Credit: Reuters/Files 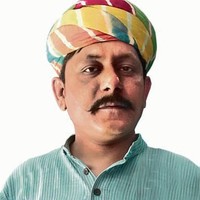 In his recently released book, The Free Voice, journalist Ravish Kumar details the predicament of our nation. It no longer sounds cynical that we are living in a vicious atmosphere of fear, failure, and fallacy created and sustained through a humongous Right wing propaganda unleashed in every sphere of life in India today. Kumar has given this proselytism a specific noun —  ‘IT Cell’. He defines the term in these words:

“The IT Cell is not simply the unit of a particular party. It is a mentality which has formed among a large section of society. I call the entire set, the collective of people who share the mentality, the ‘IT Cell’. This IT Cell has transformed a large section of the citizenry into trolls. Many people find this idea of the mentality of the IT Cell a joke, but this is a fully realized human resource which works extensively from the metropolises to far-flung areas of India. Many of the news channels which work in today’s India are an extension of this IT Cell.”

Ten years ago, in a public lecture, veteran political scientist Randhir Singh had termed the contemporary socio-cultural scenario a ‘true idiot culture’, borrowing the words of Carl Bernstein. Bernstein and Bob Woodward had led the reporting on the Watergate Scandal in 1972 for The Washington Post. That reportage forced a number of investigations against the officials of Richard Nixon’s Presidency, and finally, the resignation of the President himself. 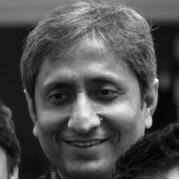 In a ‘true idiot culture’, as observed by Bernstein and quoted by Singh, for the “first time in history the weird and the stupid and the vulgar are becoming our cultural norm, even our cultural ideal.” And, the tendency of this mass purveyed culture “is to pitch all messages to the lowest level of mental capacity”, he underlines. When he delivered that lecture in 2008 and when that lecture came out in print as ‘Indian Politics Today’, the mushrooming of various social media platforms and websites in India was still a thing of future and no one had heard about something called ‘fake news’. Organised data theft and data mining were just an idea then. But, a fertile and stable foundation to set up the ‘IT Cell’ was ready.

It is interesting to note that an Indian political scientist refers to an American journalist to describe his own surroundings. In a globalised world, our accomplishments and our crises are similar. Demagogues and strongmen are at the helm in more than one country, be it India, the US, or Turkey. In such a scenario, it might be helpful to return to Bernstein once again before discussing Ravish Kumar’s book. Let me quote two statements of Bernstein from 2017, one given in February and another in December:

“The most dangerous ‘enemy of the people’ is presidential lying always. Attacks on the press by Donald Trump more treacherous than Nixon’s.”

“We are in a hothouse … and attacking the press is the basic element that too many demagogues in our culture have used to whip up this cold civil war and especially to appeal to the base of the president of the United States.”

The very same thing is going on in our country. The ‘cold civil war’ in India is manifested in lynching, intimidation, calling names, bullying, snatching the minimum rights of education, jobs, health and human rights. The constitutional authorities and institutions are tempered and tarnished like never before. Every opponent or critic of the regime and its horrendous ideology is a traitor, anti-national and enemy of the state. Even if you question a mundane financial decision, you are called a pessimist, full of negativity.

Forget about any meaningful engagement on any issue in Parliament or on the pages of a newspaper or in prime time debates, you cannot exchange views on social media without being trolled or abused. A civilised debate even with your friends, colleagues or family members who support and share the ideology of violent majoritarianism is increasingly becoming a thing of past. Kumar decodes what this all means and feels for he is one among those who have been the prime targets of a public sphere driven and dictated by the ‘IT Cell’.

What’s happening cannot be understood without understanding the contours of ultra-nationalism. Historian Carlton Hayes in 1926, in his essay ‘Nationalism as a Religion’, observed,”the most impressive fact about the present age is the universality of the religious aspects of nationalism.” in 1960, Hayes developed his essay into a book titled Nationalism- A Religion where writing about the First World War he underlined, “It lasted over four years and turned out to be a supremely nationalistic war… As soon as the war was declared, both masses and classes rallied to the support of their respective governments.” So, such trends at this moment of our history are not a new phenomenon. 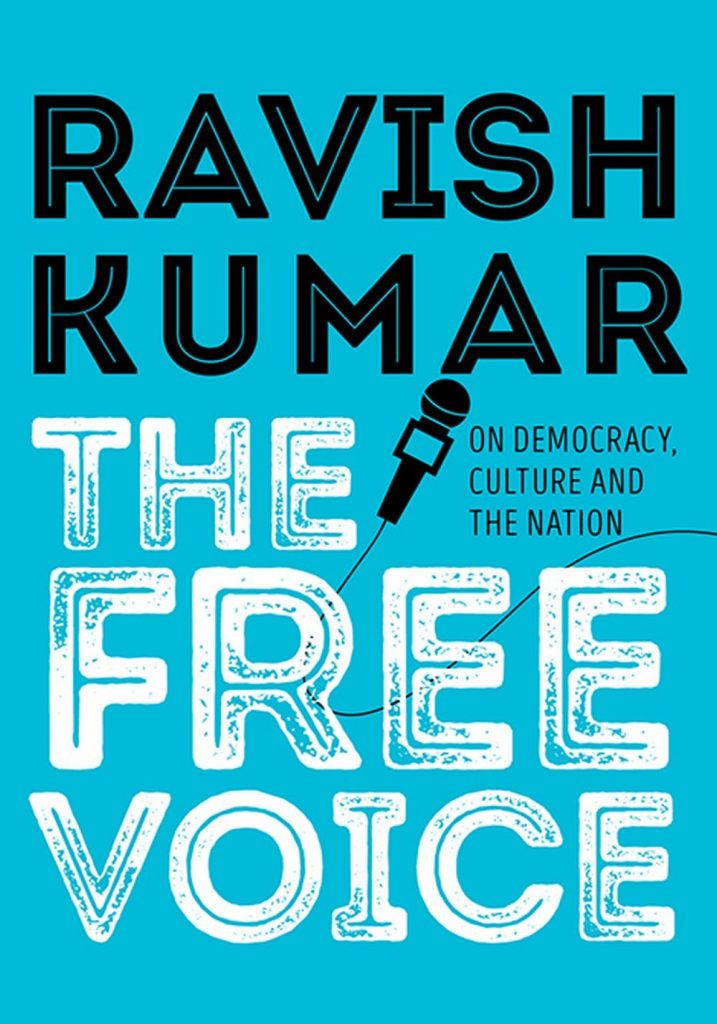 Ravish Kumar
The Free Voice: On Democracy, Culture and the Nation
Speaking Tiger, 2018

But the neo-nationalism of our times is far more equipped and resourced. And, there is no formidable political, ideological and aspirational opposition. And, the remaining bit or an emergent challenge is brutally crushed, silenced and abused in the name of the nation. Look at Donald Trump’s tweets or Recep Tayyip Erdogan’s actions or Narendra Modi’s boastings. In his recent book , A Question of Order: India, Turkey and The Return of Strongmen, journalist Basharat Peer has mapped those trends and tendencies in India and Turkey. He describes the episodes related to the killings of rationalists, the suicide of Rohith Vemula, targeting student activists like Kanhaiya Kumar and Umar Khalid, Kashmir, the terror of cow vigilantes etc. Peer rues, “On most mornings it takes an act of will to read the newspapers in Modi’s India.” He quotes novelist Orhan Pamuk on Turkey under Erdogan, “Freedom of thought no longer exists.” Talking about an attack on Basit Malik by a mob in Delhi and the murder of Gauri Lankesh by bike-borne assailants, Kumar underlines the same atmosphere here. He laments, “I don’t think it has ever happened anywhere that so many people have publicly justified a murder as vociferously and boldly, and with as much poison, as Gauri’s was.”

While this nationalism is very much presented as a religion in itself, but the dominant faith has also become a synonym of the nation. Adityanath, the chief minister  of Uttar Pradesh, told the Lok Sabha in August 2014, “The Hindu is the symbol of India’s nationalism. Those who try to defame Hindutva will have to pay the price.” Two days after this Prime Minister Modi addressed the nation from the ramparts of Red Fort. It was his first speech from the spot as PM. He appealed for a moratorium on communal violence. But what has happened in all these years? The opposite. It is all on record.

The nationalism today is Hindutva, and it is politically represented by the government and the ruling party and its parent organisation– the Rashtriya Swayamsevak Sangh. If one speaks against any of these, it is considered a speech against the State which is treated at par with the nation. A critical comment on a small policy or programme is enough to invite a barrage of hate speech. Underlining the typical characteristics of ultra-nationalism, Sharat Sabharwal, a former High Commissioner to Pakistan and former chief information commissioner, has written that “Ultra-nationalist leaders present themselves as the best appraisers and defenders of national interest.” In an article, aptly titled ‘Seductive charm of ultra-nationalism’, he has also outlined some other specifics of this politics where space for rational foreign policy choices are constricted, which promotes simplistic responses to complex foreign policy problems, and the puffy leaders try to give xenophobic answers to the economic hardships faced by their people. 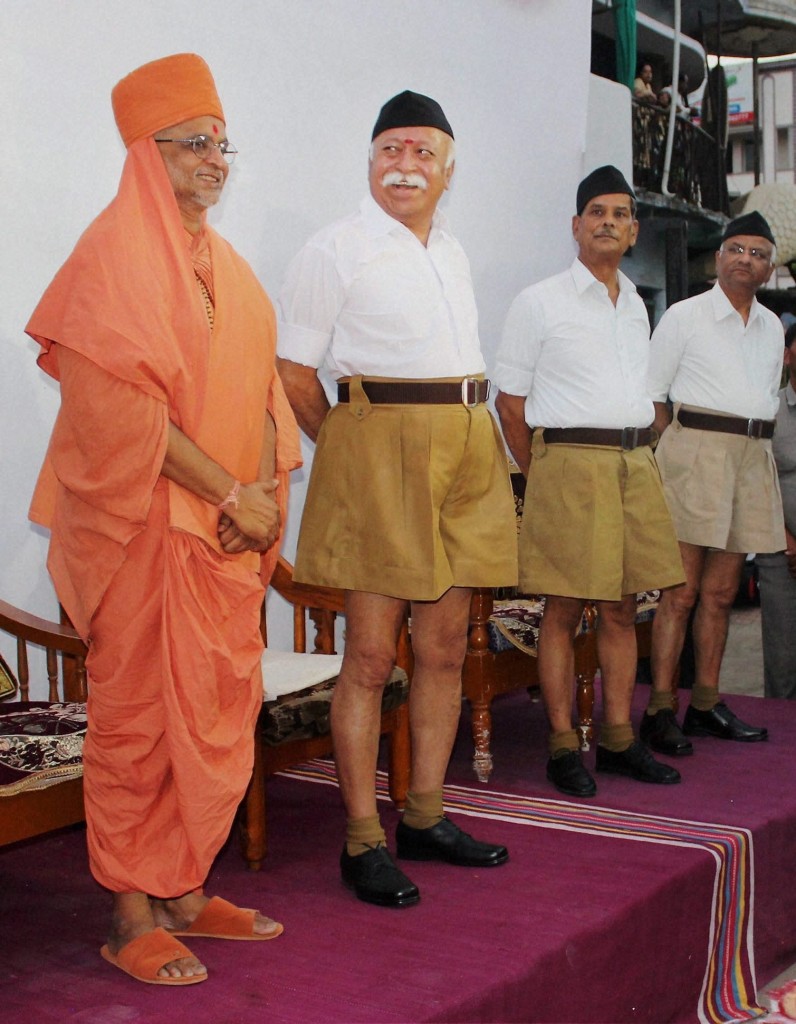 The RSS idolises Hitler’s Germany, copies the dress and mannerism from Mussolini’s Italy and eulogises Israel, too. ( File photo of RSS chief Mohan Bhagwat in Nagpur.)

In nine different chapters, Kumar analyses the various aspects of India’s polity and society. The abusive trolling, fake news, fear-mongering as well as instilling fear, violent mobs on a rampage, right of privacy intruded by dubious digital projects — all are talked about in the pages of  The Free Voice. Referencing Hitler’s Germany, he tells us, “We must also strive to understand the nature of mobs. A mob has its own constitution. It has its own country. It drafts its own orders and directives, and identifies its own prey.” Ravish cautions, “To become a mob, at any place, at any time, is to become Hitler’s Germany.” He wrote this essay on the day, Modi visited the Yad Vashem Holocaust Memorial in Israel. It is really interesting to note here that the RSS idolises Hitler’s Germany, copies the dress and mannerism from Mussolini’s Italy and, lo and behold, eulogises Israel too.

The chapters on ‘Love, Independence day and the Babas’ are tremendous, and apart from telling a bit or two about the topics, also poke our mental and psychological temperament. And those numerous beautifully expressed lines here, there and everywhere in the collection– immense. Some of my favourite lines:

‘I keep my pen straight, and I keep my tongue clean.’
‘Things aren’t so bad yet that no one can speak out.’
‘Fake news engenders fake debates, and fake debates result in fake politics.’
‘Fake news is the coded language which can be used to control and use the robo-public.’
‘The people who make up a genuine democracy are not an inert, lifeless unit. They constantly pulse and transform on the basis of information.’
‘We should all, as citizens of this country, ask the following questions of our Prime Minister: ‘Why do you follow Dadhich?”
‘The moment we start wondering what is going on, pat comes a mention of Chanakya on WhatsApp.’
‘In our country, most people only love in their imagination.’

The Free Voice is a telling commentary on, aptly subtitled, democracy, culture and the nation. This collection is  published by Speaking Tiger and translated by Chitra Padmanabhan, Anurag Basnet and Ravi Singh. The trio has done their job too well, and we must be thankful to them for the book is going to stay with us for really long. Mathili Doshi Apale’s minimalist, but impressive design, is tremendous, and the photo of an intense Ravish Kumar on the back cover by Bharat Tiwari enhances the impact of the text.

When we, the people, cross this dark chilling night of fear, lies and bullying, and touch the morning’s warmth, this book will be an honest reminder and a reportage of these times. At times, the words of Kumar may sound pessimistic or cynical or you can term them a result of frustration, but, in fact, the wholesome impact of the book is positive. It ignites the sparks of hope, solidarity, and compassion. It is a promise from one of the most important voices in India today… a promise which is a resolution too.

Prakash K Ray is a journalist working with the Hindi daily Prabhat Khabar.