Hoskote is a poet who loves weaving his encounters into tapestries, so that he can forever hide in them. Our task is to seek him out. Ranjit Hoskote, in the tradition of modernist poets like Arthur Rimbaud and Paul Celan, is someone else. These two poets did not just claim something about themselves, when they suggested the definitive experience of otherness. They also sensitised us towards a condition of the modern self. Hoskote is not just someone else, he is also elsewhere.

From his poems, Hoskote gives the impression that he is forever looking to find, and yet elude, his own centre of being. The poet must lose his own centre, because he is drawn to the peripheral sphere of existence. The poet must also not find himself. Others must find him. That is the most wishful desire that Osip Mandelstam left as a poetic will. The poem is the “message in the bottle” thrown into the sea, that the reader must find and decipher for herself. Mandelstam imagines the poem as a letter whose destiny is thrown to chance. What Celan understood from this imagery is that the poem is “lonely and en route”, in search of the “mystery of the encounter”.

Encountering Hoskote’s poems in his new collection, Hunchprose, one locates him as someone who deserves to be read alongside those poets in the world for whom language, not place, is a matter of fidelity. It is not that Hoskote does not belong. He belongs with his heart, to Bombay. But he must leave it to find it, and lose it, when he does. When the African speaker in ‘Sidi Mubarak Bombay’ says in the first line, “I should go home now, but I forget where that is”, Hoskote is superimposing his delicate anxiety into the character’s existential predicament. Hoskote must tell the story of the man who was sold by Arab slavers to a merchant in Bombay in the middle of the 19th century. It is in the story of others that Hoskote finds the invisible marks, or layers, of the city. The poet is a chronicler. In ‘Man with Parrots’, Hoskote must observe: “The man does not belong to himself”. He notices it, understands it, precisely because it alludes to the secret of his own being. Hoskote does not share his life or mind with the African speaker and the man selling parrots. But he relates to them. They find a place in his poetry, because Hoskote found certain admirable resources of life within them. There is also the suggestion of deep empathy. A poet cannot take interest in others without feelings.

In ‘Glove’ Hoskote says it, through the woman’s voice: “I’ll look around / for someone else to be.” Hoskote’s poetic purpose is to be the flâneur. But he has moved away from the Baudelairean gaze of the detached observer. Hoskote is the flâneur of the fleetingly intimate encounter. It involves the allures of subjectivity. Hoskote is looking to be someone else, so that he can be most himself. Sometimes this someone can be a metaphor. In ‘Pilgrim’, he writes: “Did I ever think / Heaven would ripen its doors / before their right season / expecting me to arrive / any day now my boots caked in mud…”

Also read: Review: Ranjit Hoskote’s ‘Hunchprose’ Is Up There With the Best 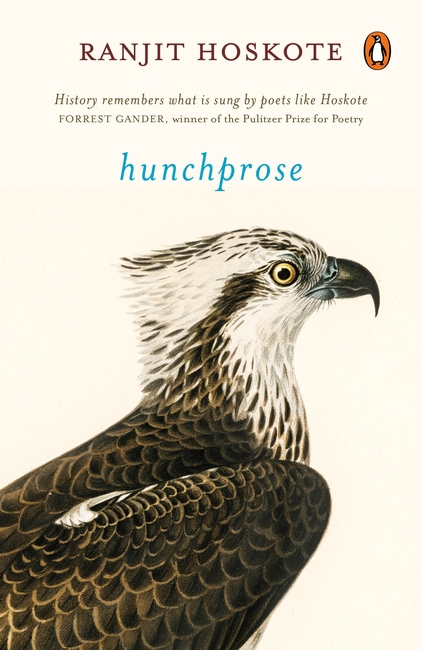 There are poems (and moments), when Hoskote will dissolve the self into a voice, as he writes in a poem by that word: “Why did you call down / this darkness on yourself? / Where / in this garden of unsealed tombs / did we lose our serenades?” It is dangerous to go too deep within, where strange ambitions lie. The hollow power of the voice grants you the lonely state of prophecy. One must be someone else, and look elsewhere, for the song.

The journeys that Hoskote embarks upon must also find him alone. In such moments he must ask, as he does in ‘Town’: “In this town / ask for directions in whispers / tell no one your birth name / say you’re on your way to nightfall / buy more bread than you will eat”. The traveller must wear the shoes of creaturely anonymity, and meet uncertainties with discretion. But he must also be prepared for the hardships, and when the opportune moment comes, he must not hesitate to “play infidel on the hill believer on the beach”. To be oneself is not easy, and always sudden. The poem, ‘Prayer’ starts with “Don’t”, and sets the tone for a series of negations that reminded me of K. Satchidanandan’s ‘How to go to the Tao Temple’. In the name of the “reluctant chronicler”, Hoskote ends with an affirmative suggestion: “Burn / and dance / because what is healed is dead.” Prayer is not seeking closure. It’s a trance where you don’t lose the rhythm of life. We are instruments, who must learn to play ourselves.

In ‘Room’, as the new occupant, Hoskote experiences the exact opposite of Agha Shahid Ali in ‘Vacating the Apartment’. The previous occupant has left a guidebook where it is written: “a man enters through mirrors / and leaves through mirrors”. It was the message in the bottle, waiting for Hoskote. The two lines are cryptically Borgesian. We know the Argentinian poet lived a whole life in the horror of mirrors.

In a book of poems by a traveller-poet, it is no accident to encounter the train. The poem, ‘Train’, reveals something strangely sinister. My mind was transported somehow to images of Jews in Nazi Germany being thrown inside sealed bogies, muted by time, and no better than “livestock”, thinly “curtained” from the “falling axe”.  A dark poem, brilliantly crafted.

I want to end this meditation with ‘Haji Ali’. The poem begins with, “You wouldn’t remember me / I came and went like rain out of season”. It is a poetic reversal of the anxiety of memory. You essentially seek, not to remember, but to be remembered. If the place forgets you, what is left of memory? You must remember yourself in the place you were in, and relive the proof in the signs you reencounter. All meetings are untimely. But it is precisely the untimeliness that renders it safely into the arms of memory. The rain out of season won’t be forgotten as quickly as the rain during monsoon. But the poet must remember the place, so that the place remembers him. Haji Ali must be etched on the page to reclaim the lost encounter. 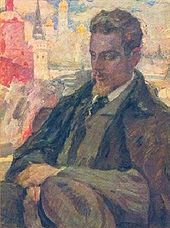 Hoskote has a Rilkean side to him when it comes to memory. I mean here, the Rilke that Auguste Rodin had sent to the Jardins de Plantes, where Rilke learnt the craft of “in-seeing”, a gaze that travels from surface to heart. Hoskote’s poems on the fakir, the lion tamer, and the trapeze artist, are imbued with frantic images that move from one thing to another. The poet’s interest however is not so Rilkean. The point is not to reach the centre of being, but to drift away. Hoskote’s forte is to transform the familiar into the unfamiliar. For him, poetry makes that paradox possible, where what is close remains distant, and what is distant, is close.

Hoskote pauses to make a note before unusual characters and creatures, finds himself among lost objects, and himself lost among them. The poet is someone else, or somewhere else, in his poetry and his life, not out of design, but desire. Hoskote is a poet who loves weaving his encounters into tapestries, so that he can forever hide in them. Our task is to seek him out.