Public-spiritedness does not always require self-sacrifice or deep ethical thinking, though ethics, of course, can help. 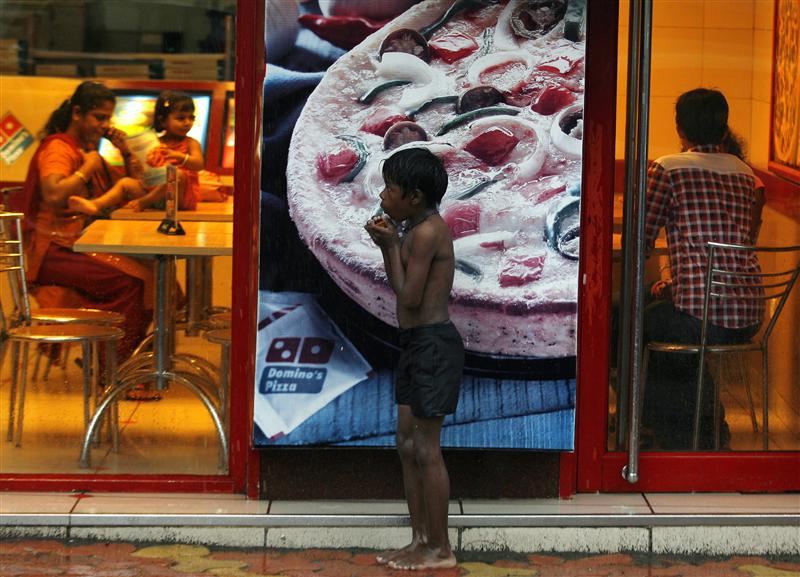 A homeless boy holds biscuits that he received as alms as he takes shelter from rain in front of a fast food shop in Mumbai November 11, 2009. Credit: Reuters/Arko Datta

An excerpt from Jean Drèze new book, Sense and Solidarity: Jholawala Economics for Everyone, published by Permanent Black in September 2017.

Word has it that most people are self-interested. At least that is what an unsuspecting reader of mainstream economic theory might conclude. The literature makes constant reference to “rational self-interest” as the prime motivation of economic agents. Of course, there is also a specialised literature on other possible motives, such as compassion and commitment. And even in the mainstream literature, a discerning economist would point out that the crucial assumption is not really that people are self-interested, but that they that have consistent “preferences”, whatever these are – not necessarily selfish. But most of the time, these subtleties are ignored, and the assumption of rational self-interest is taken at face value. The assumption is so pervasive that rationality and self-interest are often conflated. As Nobel Laureate Robert Aumann puts it: “The assumption of rationality – that people act in their own best interests, given their information – underlies most of economic theory and indeed of economics as a whole.”

This self-interest assumption, read literally, has no theoretical or empirical support of any sort. It is a kind of superstition. Anyone who has bothered to look around, or to read the world’s history and literature, or even just to watch a few Bollywood films, would notice that people often act on the basis of other-regarding motives – love, kindness, solidarity, compassion, reciprocity, patriotism, public-spiritedness, and more. Some even make great sacrifices for their friends, families, community, or country. 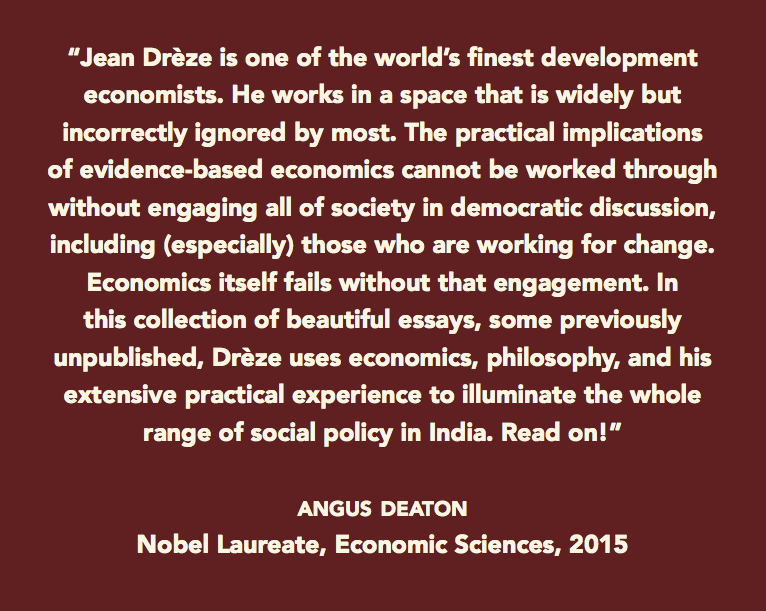 Further, it is not always clear where self-interest ends and concern for others begins. Human beings, by nature, are interested in each other’s lives. Whether an active schoolteacher, a committed trade unionist, or a passionate artist are acting out of self-interest may be hard to tell – not only for others but even for themselves. It is difficult to imagine what a totally selfish person might look like (perhaps hard-core egoists don’t have babies, so they are not around any more).

Even in the animal world, there are many instances of co-operative behaviour or even self-sacrifice, as Peter Kropotkin pointed out long ago in his wonderful book Mutual Aid. From ants to elephants, animals have learnt to behave in ways that further not only their own interest but also that of other members of the species. Ants work hard to build common nests, migratory birds fly in formation, elephants help the wounded – examples are aplenty.

These instincts are not based on any sort of ethical reasoning – they are the product of biological evolution. Human beings, however, do not have to wait for long-run evolution to develop habits of co-operation or public-spiritedness. Social norms can also change, more rapidly, through ethical reasoning, public discussion, value education, institutional innovation, and other means.

With this preamble, let me turn to a specific type of non-selfish motive: public-spiritedness, broadly defined as “a reasoned habit of consideration for the public interest”. The use of the term “habit” acknowledges the fact that we often act on the basis of habits of thought or behaviour rather than case-by-case optimisation. For instance, many people are used to standing in a queue at the bus stand or railway counter, without getting into a cost-benefit analysis of the choice between joining or jumping the queue (based for instance on the length of the queue, the cost of missing the bus, the risk of being beaten up for jumping the queue, and so on). Of course, we may be able to justify these habits if need be – hence the term “reasoned habit”, which also helps to distinguish public-spiritedness from the sort of instinctive co-operation behaviour that can be found in animals. 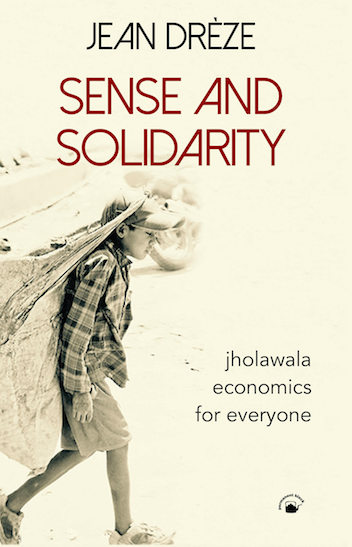 The importance of public-spiritedness in social life, and for human development, can be conveyed with two simple examples. The first is punctuality. When we go to (say) a meeting, there is a temptation to go a few minutes – say five minutes – late, to avoid the inconvenience of waiting for others. But then, others may also reason that way, so ten minutes may be safer. Extending the argument further, we may end up going very late indeed, if we stick to this self-interested reasoning. Formally, the situation has the basic structure of an “escalation game”. Game theory tells us two important things about escalation games: first, things can go badly out of hand in such situations, and second, many escalation games are such that there is no rational way to play. Both insights (already discussed in the section on “War and Peace”) are consistent with real-life experience. Stories of trivial quarrels that got out of hand by escalation, sometimes ending with a murder, are reported almost every day in the newspapers. Even the First World War, as mentioned earlier, can be interpreted in those terms.

In these circumstances, it may be best (from a collective point of view) not to play the game at all. That is what punctuality is about. In societies with punctual habits, people refrain from embarking in this escalatory reasoning – they simply turn up on time, as a matter of social norm or habit of thought. For whatever reason, some societies have cultivated habits of punctuality, others have not. The contrast struck me a few years ago when I spent some time with a mixed team of Indian and Japanese visitors. The Japanese were obsessively punctual, the Indians blissfully oblivious of time. This is not to say that the Japanese are somehow less selfish than Indians, or that they have more evolved ethics. Punctuality is just a habit of thought they have cultivated.

This may seem like a trivial example. Punctuality may or may not matter much for development. R.K. Narayan, the celebrated writer, argued that it does not: “Personally speaking, I feel, under normal circumstances, most things can survive a little delay . . . In a country like ours, the preoccupation is with eternity, and little measures of time are hardly ever noticed.” It is, however, not difficult to cite examples where a modicum of punctuality would make a big difference. For instance, punctuality can greatly facilitate collective action. In some parts of rural India, gram sabhas (village councils) have proved very difficult to convene because people have no sense of time: many turn up hours late, and by the time the laggards arrive, the early birds have lost patience and left the venue.

Turning to a more significant example, it is often forgotten that the entire edifice of electoral democracy rests on a simple act of public-spiritedness: voting. Every voter knows that his or her vote will not make any difference (except in the miraculous situation where there would be a “tie” without it). Yet a large proportion – typically a majority – of people do vote in democratic countries. Many people even vote in difficult circumstances, trekking long distances or queuing for hours in chilly weather. This is a telling example because many of the arguments that are often invoked to explain co-operation within the self-interest paradigm (e.g. repetition of the game, reputation effects, and so on) do not apply in this case – in the framework of game theory, this looks like a one-shot Prisoners’ Dilemma. Even social norms are of little help: there is, typically, no social norm against abstention from voting. Plausible interpretations of the situation must clearly go beyond self-interest. One of them is that voting is a simple act of public-spiritedness.

As these examples illustrate, public-spiritedness does not always require self-sacrifice or deep ethical thinking. Ethics, of course, can help: someone who considers it unethical to make other people wait for no good reason is more likely to develop a habit of punctuality. But often we act – or can act – in a public-spirited way as a matter of habit. Punctuality, for one, is a habit that many people imbibe in the course of a healthy upbringing or social life. If called to justify this habit, they may invoke ethical principles, but some may give other reasons, like “I hate being late”. 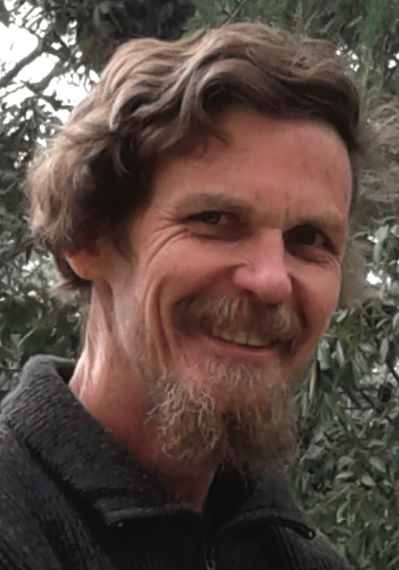 Someone who acts out of habit may sound less than perfectly rational, because he or she misses the opportunity to “optimise” (make the best of a situation) on a case by case basis. This argument, however, is deceptive. One of the main insights of game theory is that, in situations where people’s decisions are interdependent, optimisation may not be well defined (this point has already been illustrated with reference to escalation games). In these situations, it often helps to fall back on some sort of rule of thumb or “bounded rationality”. A related escape route (proposed by Robert Aumann) is “rule rationality” – settling for a rule of behaviour that serves us well in general, even if it may not be the best thing to do in every single case. There is, thus, nothing wrong in acting on the basis of habits of thought.

All this may sound like hair-splitting, but I believe that it has an important bearing on the scope for cultivating public-spiritedness in social life. If public-spiritedness required strong ethical commitments, we might be sceptical of the possibility of it spreading beyond a minority of principled individuals. On the other hand, if it takes the form of sensible habits of thought that can be rationalised (if need be) with light-touch ethical reasoning, public-spiritedness may have much more of a future. This is not a small matter – it could help not only to avoid many day-to-day tragedies (from vandalism to violence) but also to build social institutions that reconcile liberty and equality. Dr Ambedkar put it very well in his stirring speech to the Constituent Assembly on 25 November 1949: “Without equality, liberty would produce the supremacy of the few over the many. Equality without liberty would kill individual initiative. Without fraternity, liberty and equality would not become a natural course of thing.” Public-spiritedness is not quite fraternity (alias solidarity), but it is a step in that direction at least.

This is an unpublished paper. I have written elsewhere on related matters, including the reasons why habits of thought are important in social life.

I have quoted Aumann  on the pervasive nature of the self-interest assumption in economics, but similar statements can be found all over the economic literature, starting at least as early as 1881 when F.Y. Edgeworth, one of the founders of modern economics, stated in his Mathematical Psychics that “the first principle of Economics is that every agent is actuated only by self-interest”. The self-interest assumption, of course, has its critics, notably Amartya Sen.

One branch of mainstream economics does depart in a fundamental way from the rational self-interest paradigm – behavioural economics (and Camerer et al. have a useful introduction). Much of that literature, however, does not really shed the assumption of self-interest; rather, it explores psychological and other reasons why people are not always able to pursue their self-interest in a rational manner – for instance, for lack of self-control. It is mainly in the literature on “social preferences”, often considered as a field of behavioural economics, that serious consideration is given to non-selfish motives. For an enlightening introduction to that literature, see Sam Bowles’s Behaviour, Institutions and Evolution (and another essay of his in Science). The question remains whether unselfish behaviour is really a matter of “preferences”, but that is another story.