The ‘Demise’ of Nawab Rai and the Birth of Munshi Premchand

On the birth anniversary of the noted Hindustani fiction writer, The Wire tells the tale behind Dhanpat Rai Shrivastava's pen name. 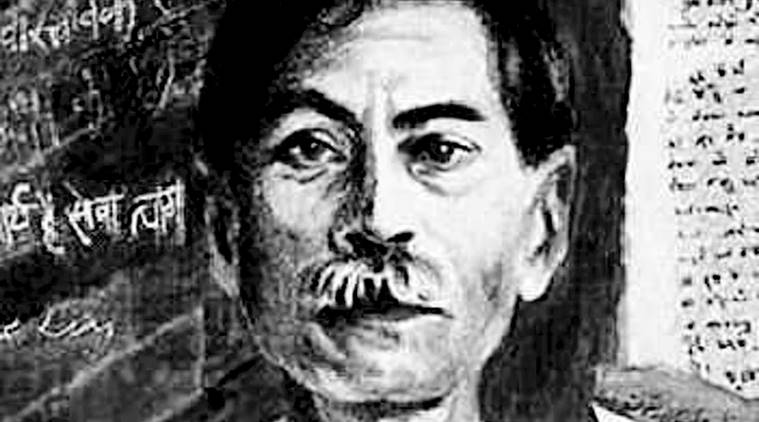 Today marks the 140th birth anniversary of noted Hindustani fiction writer Munshi Premchand, often referred to as the katha samrat (emperor of fiction), upanyas samrat (emperor of novels) and qalam ka sipahi (soldier of the pen). The writer, who initially wrote in Urdu under the pen name of Nawab Rai, was born on this date in 1880 in Lamhi, a village near Varanasi, Uttar Pradesh.

His first story, ‘Duniya ka Sabse Anmol Ratan’ (The Most Precious Jewel in the World) was published in 1907 in Zamana. This literary Urdu monthly was edited and published by Munshi Daya Narain Nigam from Zamana Press, Kanpur. According to Urdu lexicographer and linguist Rauf Parekh, the magazine is considered one of the most prestigious in the history of Urdu literary journalism.

Also Read: For Premchand, Good Literature Was About Truth and Humanity

“Some of Premchand’s earliest writings, considered among one of the earliest of Urdu short stories, were published in Zamana,” writes Parekh. Moreover, “Iqbal’s poem ‘Hamara des’, which begins with the famous line ‘Saare jahan se achcha Hindustan hamara’ was first published in Zamana and later included, with certain changes, in Baang-e-Dara under the title ‘Tarana-i-Hindi’.”

Premchand’s first collection of five short stories, Soz-e Watan (The Dirge of the Nation) was published in 1908 by Zamana Press. Apart from the eponymous story, the others which were part of this collection were ‘Sheikh Makhmoor’, ‘Yahi Mera Watan Hai’ (This Is My Country), ‘Sila e Matam’ (The reward of mourning) and ‘Ishqe Duniya aur Hubbe Watan’ (Love for the World and patriotism).

How Premchand was born

Writer and poet Amrit Rai, Premchand’s son, captures this story beautifully in his Hindi book Premchand: Qalam ka Sipahi. In English, the book is titled Premchand: His Life and Times and was translated by Harish Trivedi. According to the author, while Premchand (who was a government employee back then, working as a sub-deputy inspector of schools) was sitting in his tent one day, he received a summon from the district magistrate, asking for his appearance at the earliest. Despite being a winter night, Premchand immediately made travel arrangements and reached the place where the officer was camping. Upon his arrival, he saw a copy of Soz e Watan on the desk of the officer and realised what the matter was. The officer asked him if he indeed had written those stories. He found it imperative to ask this as it was not common knowledge back then that Dhanpat Rai Shrivastava went by the pen name of Nawab Rai. In fact, it took a while for the government to find out who the real author of these stories was, as no one by the name Nawab Rai existed. Upon his admission that those stories were indeed written by him, Premchand was told by the officer that the stories were “seditious”. The officer remarked:

“You are lucky that this is the British rule. Had it been the Mughals, both your hands would have been cut off. Your stories are one sided and you have committed contempt against the British government.”

It was decided that Nawab Rai would have to surrender all the copies and that he would not write in the future before seeking permission.

So what was in these stories that rattled the British government so much? Each story in the collection was a provocation to overthrow the British rule. For example, in ‘Duniya ka Sabse Anmol Ratan‘, he writes that the last drop of blood spent for the freedom of the country would be the most precious jewel in the world. Similarly, in ‘Sheikh Makhmoor‘, he writes in the voice of a dying king who has been attacked and defeated by a foreign power that “I am sure that you shall remember the last will of your father and try to achieve it. This is your country, this is your throne and these are your people. You must fight till your last breath to bring back the territory under your rule …” 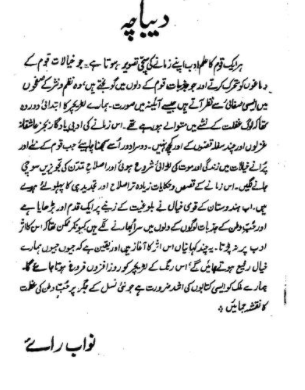 ‘Ishqe Duniya aur Hubbe Watan‘ and the other two stories were on similar lines. The preface of Soz e Watan makes it clear that he wrote the book with an intent to comment on the ‘current scenario’ as he was quite concerned about the socio-political realities of the day. “The literature of every qaum (community/nation) is the real picture of that time. The thoughts which go in their mind and the emotions which take place in their hearts can be seen in the prose and poetry, like someone’s face in the mirror… In our country, we badly need books which imprint patriotism in the hearts of the new generation.”

A thousand copies of the book were published, out of which about 300 had already been sold. He got the rest and surrendered them to the officer, which were burnt by the government. Incidentally, unknown to the government, some copies were left at the office of Zamana. They were sold secretly. Notably, the government’s stricture did not affect Premchand much: he was of view that he did his job by writing and the government did its by putting restrictions.

The problem of continuing to write

However, what bothered him was how he would continue to write. It was very clear to him that he was not going to stop writing and, at the same time, the government was not going to permit him to publish them. It would have also been difficult for the officials to process his works, given the speed and frequency with which Premchand used to write.

Amrit Rai, in his book, informs us that in a letter dated May 13, 1910, Premchand wrote to his publisher-editor, Munshi Daya Narain Nigam that “(w)riting for me is not an event that happens once in six months. It is a part of my daily routine. If an article reaches the Collector every month, he might think that I am neglecting my official duties. Additional work would then be given to me. Therefore, for the time being Nawab Rai is dying. Someone else will be his successor.” As he was searching for another pen name, Nigam suggested “Premchand”, which the author liked.

That is how Nawab Rai ‘died’ and Premchand was born. The first story published under this pen name was titled, ‘Bade Ghar Ki Beti’ in October-November 1910.