Tracing the History, and Impact, of India's Bilateral Investment Treaties

Prabhash Ranjan's 'India and Bilateral Investment Treaties: Refusal, Acceptance, and Backlash' should particularly be read by government officials involved in policy-making in the field of international investment law.

Foreign portfolio investors (FPI) have, however, pumped in Rs 9,371.12 crore in the debt segment. Photo: GotCredit/Flickr (CC BY 2.0)

Globally, international investment law – the world of Bilateral Investment Treaties (BITs), chapters in the Free Trade Agreement and investor-state dispute settlements (ISDS) – is in a state of flux.

Developed and developing countries alike have found themselves disenchanted with the existing regime of international investment law and the Working Group III of the United Nations Commission on International Trade Law (UNCITRAL) has undertaken the task of ISDS reform.

Commenting on the dynamics of the reform process, Anthea Roberts says that the emergence of India, China and some other developing countries among the world’s largest economies has resulted in a gradual shift in focus from G7 to G20, and attempts to develop consensus for the reform of ISDS or WTO requires “new alliances to be formed with states formerly excluded from the inner sanctum, including Argentina, Brazil, China, India, Russia and South Africa”.

Against this backdrop, Prabhash Ranjan’s India and Bilateral Investment Treaties: Refusal, Acceptance, and Backlash is aptly timed. This book provides an incisive and critical account of India’s engagement with BITs and ISDS, in the larger context of India’s overall economic and political outlook towards foreign investments, and the global backlash against international investment law.

Since White Industries – a watershed moment in India’s engagement with BITs and ISDS – the Indian government is embroiled in more than 15 ISDS cases.

In 2016, the Indian government unveiled its new Model BIT, as part of the reform of its BIT programme. Ranjan’s work is based on an assumption that the BITs play an important role in attracting foreign direct investment (FDI). While it is true that BITs solely cannot be a factor to attract FDIs, their role cannot be ignored.

According to government data, FDI inflow in India contracted for the first time in the last six years by 1% in 2018-2019. The rate of increase in FDI flow also fell drastically in 2016-2017. Coincidentally, this was also the time when the Indian government had terminated 50 plus BITs and unveiled its new Model BIT.

The interesting thing is, it was only during this period that India increased its ‘ease of doing business’ ranking. Then what went wrong? Could it be BITs? The answer to this would require in-depth research, but the broader point is that the role of BITs cannot be discounted easily.

The book is in three parts. The first part deals with the period (1947-1990) which has been characterised by Ranjan as ‘Refusal’ – as India did not sign any BITs during this period. Here, he critically engages with the policy adopted towards foreign investments by Jawaharlal Nehru and his successors. He points out that immediately after Independence, until 1965, while Nehruvian socialism favoured the public sector, it did not completely shun foreign investments. 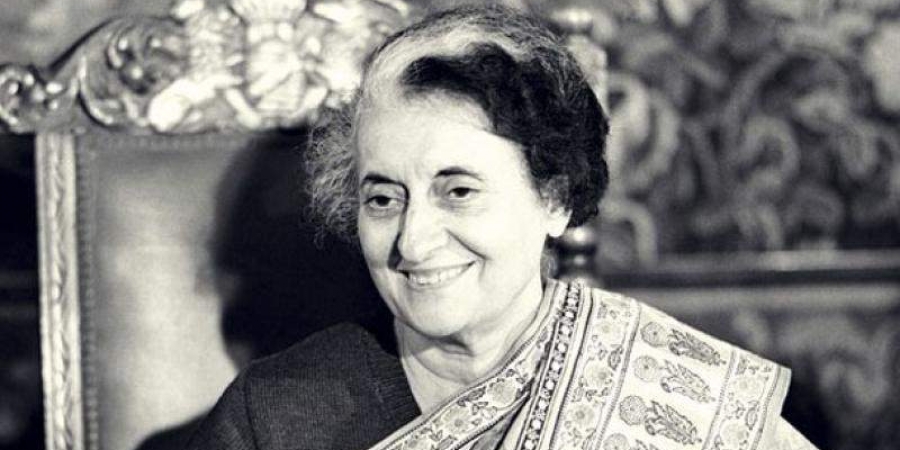 Indira Gandhi, unlike her father, went on a nationalisation spree fuelled by populist fervour. Photo: PTI

The same could not be said, however, for his daughter Indira, who as prime minister went on a nationalisation spree with what can only be called populist fervour. This part also critically analyses India’s stand with respect to issues related to international investment law at various international platforms such as the UN General Assembly, the International Law Commission, the Asian African Legal Consultative Organisation and, most importantly, the International Centre for Settlement of Investment Disputes (ICSID).

Ranjan, in a nuanced manner, breaks down the oversimplified perception that India’s rejection of ICSID was primarily the result of its preference for the socialist pattern of economy, and the desire to create a new international economic order.

By a careful analysis of the statements made by the Indian delegates at the negotiation for ICSID, Ranjan establishes that India was neither unwelcoming of foreign investors using international arbitration, nor did it shut its doors to foreign investments.

India, he points out, actively participated and even proposed its own version of several provisions of the proposed ICSID Convention. Ever since they were accepted, India chose not to stay away from the ICSID.

The second part, characterised as the phase of ‘Acceptance’, traces the country’s journey after the 1991 economic reforms. This phase was one where India whole-heartedly accepted and signed numerous BITs based on an assumption that signing BITs would promote foreign investment.

This period, Ranjan argues, despite witnessing a rise in the number of BITs, did not see much critical engagement, discussion or debate regarding their impact on the regulatory power of India. This was probably due to the lack of any ISDS claims against India, which created an impression in the minds of the government, policymakers and academics that the BITs will not come back to bite.

Ranjan argues that India has been a ‘rule-taker’ in this period i.e. it simply followed the template of BITs designed by the capital-exporting countries, which are all vaguely worded and afford wide latitude to arbitration tribunals for interpretation of provisions in favour of the foreign investors.

The third part, styled as ‘Backlash’, covers India’s adventures with international investment law and policymaking after the categorisation of the White Industries in 2011. Here, Ranjan analyses what he calls a divergence in India’s economic and legal approach to foreign investment.

In other words, he argues that since 2010, while our economic policies saw further liberalisation in favour of foreign investments, the barrage of ISDS claims that were made against India after ‘White Industries’ led the government to reflect upon its existing BIT programme. 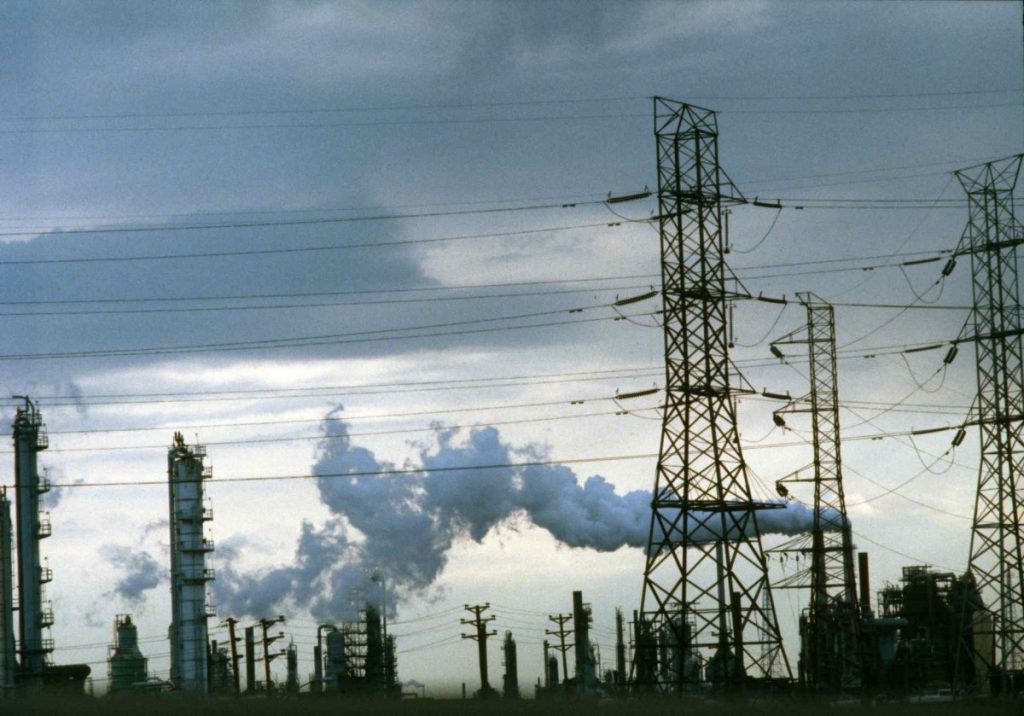 While, Ranjan, in Chapter 6, shows that the bulk of the ISDS cases that have been brought against India are actually a result of bad regulation by the government, he seems overtly critical of the government.

There are instances when foreign investors seem to have abused the ISDS system, such as in the case filed by Khaitan Holdings Mauritius Limited (KHML) against India, owing to cancellation of telecom licenses. KHML, which in spite of being a Mauritian company has only Indian citizens as beneficial owners, gives an impression that Indian citizens are simply using the claim that the company is Mauritian to extract damages from the Indian government.

The consequent reform process which saw Indian parliament, the government, civil society and academics reflect upon BITs and international investment law deeper than ever, led to the adoption of the new Model BIT in 2016. Ranjan also provides an engaging account of the actions taken by the government for what he calls ‘tentative steps towards internalising BITs’ i.e. taking into account the possibility of legal consequence under a BIT, whenever a policy decision is taken.

In the eighth chapter, he deconstructs the provisions of the 2016 Model BIT, and concludes that it is actually a pendulum swung to the other end, and the objective of the new Model seems to be to immunise India from any further BIT claims, rather than to properly balance the right to regulate, with the protection of investors.

However, in doing so, Ranjan does not deal in detail with ‘investor obligations’ under the BITs – a very significant agenda of ISDS reforms globally, and a very important tool for achieving the balance of obligations in a BIT, particularly from the perspective of third world states.

Ranjan, building on the idea of embedded liberalism propagated by John Ruggie concludes with the hope that if BITs and international investment law have to be relevant and not dismissed as an agenda of global capitalism, the text of BITs and IIAs will have to be reinvented by taking into account the interest of a broad range of stakeholders, which no longer includes only foreign investors, and states, but also the local communities and civil societies.

An important point here is that Ranjan has been, throughout his work, critical of the ‘third world approaches to international law’ (TWAIL). However, when he speaks of inclusion of the local communities and civil society as stakeholders, and of greater transparency in ISDS and so on, he suggests the same line of reforms which are sought by international lawyers and TWAIL scholars.

As a result, one wonders if he just took another route to reach the same conclusions.

The scholarship in the field of international investment law has only now started to gain traction in India. This book is foundational work, paving the path ahead for future discourse in the field.

This book is intended for students, scholars, citizens and legal practitioners, but it should particularly be read by government officials involved in policy-making in the field of international investment law in India.

Pushkar Anand is assistant professor at the Faculty of Law, University of Delhi. He can be reached at pushkar.rathaur@gmail.com.

Disclaimer: Anand has published co-authored works with Prabhash Ranjan in the field of international investment law.