How Pakistan's Military Monopolised State Resources For Personal Use

The 2017 edition of Ayesha Siddiqa's 'Military Inc.: Inside Pakistan’s Military Economy' discusses how military capital being used for personal benefits is now a permanent feature in Pakistan. 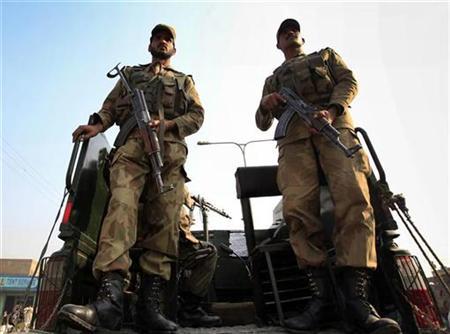 In 2007, Ayesha Siddiqa touched a raw nerve by publishing Military Inc.: Inside Pakistan’s Military Economy. Then Pakistan President Pervez Musharraf branded her a traitor, blocked the book launch, threatened to try her for treason and hounded her out of the country. Her crime was documenting the Pakistani military’s business involvement (“Milbus”) at the cost of the public economy. The 2017 edition of Military Inc. adds details from the post-Musharraf era and concludes that Milbus has become a permanent feature now. There is also widespread public and media acceptance of Milbus through the Pakistan military’s successful efforts in brushing up its image as the most trustworthy security guardian even under civilian rule. According to her, “In post 2007 Pakistan, military power is more intensely entrenched”

Siddiqa defines Milbus as military capital used for the personal benefit of the military fraternity. Over a period of time a segment of civilians has also benefited. These funds are neither recorded nor are they part of the defence budget. These activities are controlled by retired or serving military officers or under their patronage. Milbus evades regular accountability procedures for “the gratification of military personnel and their cronies”.

Milbus activities and dividends are justified as quid pro quo for their security work to the state. They are also justified as welfare measures provided to the armed forces. However “the rewards are limited to the officer cadre rather than being evenly distributed among the rank and file”. Even a noted columnist like Khaled Ahmad, who disagrees with much of the Pakistani military’s stance, told her that Pakistan should pay the price “for what we believe in. There is a paradox triggered by our nationalism which allows the military to monopolize the state’s resources.”

The military’s involvement in politics results in Milbus, which in turn generates military interest to remain in power or to control the government. In fact, it perpetuates “the military’s political predatory style”. It serves as a tool for the military to gain “institutional and personal economic influence”, thereby preventing any possibility of pushing them back to the barracks to allow democratic institutions to flourish. The military’s expertise in “violence management” gives a special character and influence to the Milbus economy. This is evident in countries in Latin America, Pakistan, Indonesia or Turkey.

The military’s predatory style makes its capital “concealed, not recorded as part of the budget, and entails unexplained and questionable transfer of resources from the public to the private sector, especially to individuals or groups of people connected with the armed forces”. Financial autonomy gives the military a sense of superiority over “incompetent civilians”. Milbus activities are not revealed to the public on “national security” grounds.

External factors also helped Milbus thrive. The US considered the military in many of its client states as “instruments of domestic stability and as partners that were depended upon for achieving US security objectives”. In such countries, the military justifies their encroachment into the economy for guarding national security. The elite in such countries either turns a blind eye to military’s economic interests or tries to join them as “cronies” to derive commercial advantage. International businesses also build corporate partnerships with military-operated business groups, as they dominate the government and can deliver. 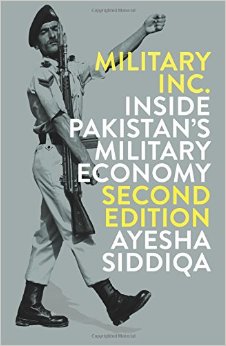 Milbus creates monopolies resulting in market distortions by giving military officers and “cronies” unfair advantages in winning contracts and also by permitting a hidden flow of funds from the public to the private sector. “Such redistributive processes encourage both authoritarianism and clientship”. However this rapacious behaviour also creates tensions to the detriment of the dispossessed.

Their activities are not at all transparent. Out of 96 projects run by these foundations, only nine are listed with the Securities and Exchange Commission of Pakistan. In 2005, the Pakistan defence ministry rejected their parliament’s call to enquire into the “under-sale” of a sugar mill by Fauji Foundation.

The author laments that the civilian elite also had an active role to play in propelling the military to prominence, as they used it as a political force multiplier without realising that “the military would gain wings of its own”. She blames Pakistan’s initial civilian leadership for this, since the military was allowed to initiate a major operation (against India) without civilian control, which propelled the army into significance. She quotes Brigadier (retired) A.R. Siddiqui, a noted Pakistani author, who had said that the use of tribals to take control of Kashmir was the first reason for turning Pakistan into a military-dominated state. A strengthened military under General Zia ul-Haq asserted its supremacy by introducing Article 58(2)(b), which empowered the president to dismiss elected governments.

In her 2017 edition, the author adds that the military have now shown clever resilience to the new wave of democratic transformation under foreign pressure. However in that process it has also become stronger. The army felt that it would be better to allow a civilian government to run the day-to-day affairs, take responsibility for policies made by the generals and face the international community. In that way, “a military led government was replaced by a military led governance system in which the Army GHQ controlled strategic affairs”. This is also because the military’s “core constituency” of mid-ranking officials was upset with Musharraf’s needless excesses like humiliating Chief Justice Iftikhar Chaudhry. The author quotes Hein Kiessling, who told her a sensational story about how Musharraf’s resignation was forcibly extracted by Army Chief Ashfaq Kayani who kept him “under a brief, forced detention”. She says that this was never reported publicly. (I had reviewed Hein Kiessling’s book on the ISI, Faith, Unity, Discipline, for The Wire, but this was not mentioned in that book.) 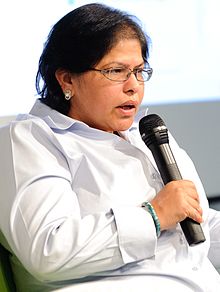 The army is careful to avoid the kind coup attempt that took place in Turkey due to general discontent among the officer cadre which was brewing under Musharraf’s rule. Musharraf’s pro-India stance on Kashmir was resented by middle-level officers who firmly believe that “opposing India is not just a policy but is the country’s and the military’s raison d’etre”. She quotes Riaz Khokhar that Musharraf’s three-star generals did not support him on his Kashmir policy. The author hints that the lawyers’ agitation was contrived by the military to ease Musharraf out of power.

At the same time, she says that there are welcome signs of the army respecting parliament. Between 2008 and 2013, the army chief and ISI head briefed the parliament thrice on critical issues. But this does not mean that they are prepared to lose control over their core interests or accept any reduction in power and social influence. On July 26, 2008, then Prime Minister Yousuf Raza Gilani issued orders placing the ISI under Rehman Mallik, the interior minister. This was hailed by President Asif Ali Zardari as a sign of parliamentary supremacy. But within 24 hours, this order was reversed due to the army chief’s objection. The “Memogate” scandal involving Zardari, Ambassador Hussain Haqqani and US chairman of joint chiefs of staff Mike Mullen further weakened the elected government. There was even a suspicion that the 2009 Kerry-Lugar Bill, which was opposed by the military, was surreptitiously encouraged by Haqqani with Zardari’s instigation. In the resultant public uproar, the army emerged stronger among the public for resisting Americans while the elected government became weaker for kowtowing to a foreign power.

By 2016, the Milbus in Pakistan “seemed unstoppable” since the army was perceived as the only credible national institution for guarding national security, fighting terrorism and intervening domestically to be a “counterweight to the corrupt, unaccountable and inefficient image of the political class”. This has boosted the army’s media image. This was also because “all political, religious and ethnic parties have over the years developed a dependency on the military”.