The intensely researched work, which came before the current politicised antagonism towards the Mughals, 'Mughal Samrat Akbar Aur Sanskrit' is a unique volume. 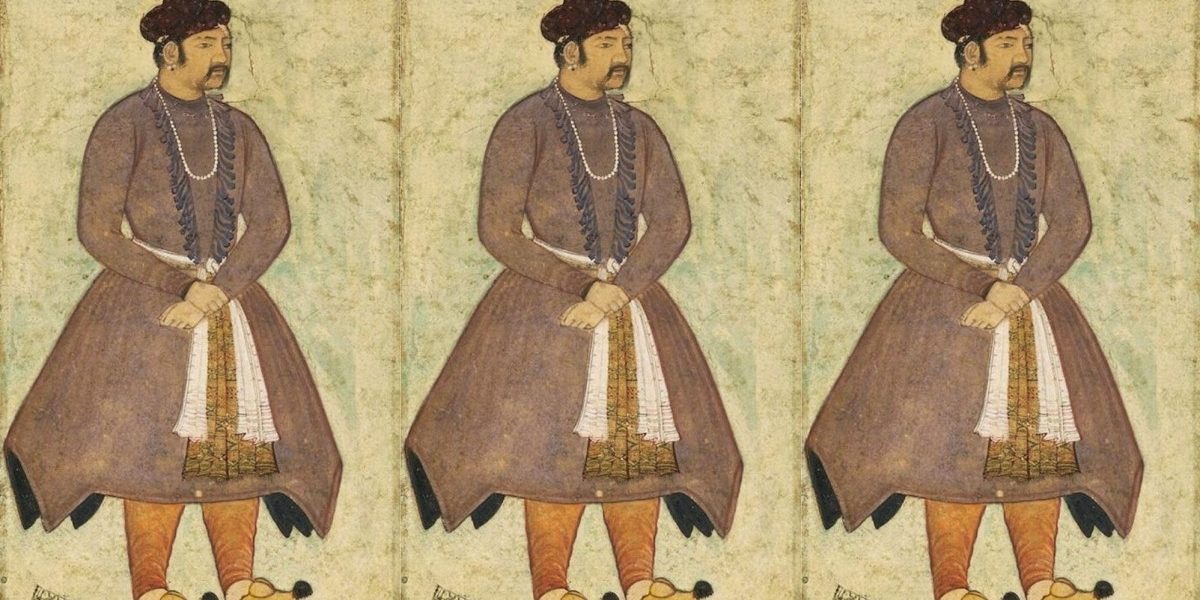 A portait of Akbar by Manohar Das, a renowned artist of the Mughal school. Photo: Wikimedia Commons/ Heritage Museum.

The first two volumes of a remarkable book, Mughal Samrat Akbar Aur Sanskrit, were published nearly a decade ago (in 2012) and a third, slim, volume came out in 2019.

The volumes precede the current, politically sponsored, organised maligning of the Mughals as “plunderers of India’s wealth” and “destroyers of India’s religion and culture”. Of course, this image has been gradually cultivated since the 19th century, in various formats – history, literature, folklore and political forums – to reinforce the “us versus them” binary.

Also read: By Attacking the Mughals, Adityanath Is Erasing the History of His Own Nath Sampradāy

So far, emperor Aurangzeb has been held up as the epitome of all that was evil about the Mughals with Akbar as his counterpoint, a sort of illustration of the ‘good Muslim versus bad Muslim’ syndrome. The present political dispensation, however, would rather do away with even that qualification and bring all Muslims under the single umbrella of “evil”. The single Muslim identity dissolves all difference among them; a lesson learnt from James Mill which we shall not be allowed to forget.

The three-volume, densely researched work, comprising over 1,000 closely printed pages in all, is a cautionary reminder against looking at history in the monochrome of ‘Hindu versus Muslim’.

The theme of Mughal – or even pre-Mughal – rulers’ interest in and patronage of Sanskrit and vernacular knowledge is not new; several studies of one or another aspect of it by Indian and foreign scholars have been available for decades. J.B. Choudhury published two works, Muslim Patronage to Sanskrit Learning, 1941 and Contributions of Muslims to Sanskrit Learning, 1954, to name just two for illustration.

The most recent is Audrey Truschke’s masterly work Culture of Encounters: Sanskrit at the Mughal Court, 2016, which Mishra refers to with respect. However, Mishra’s focus is on one Mughal emperor, Akbar and he undertakes an in-depth investigation of the working of his imperial patronage to Sanskrit and its results.

Also read: Hated in the Present for Digging Into the Past: Audrey Truschke on Writing About Aurangzeb

After a short introduction to the life of Akbar and the religious atmosphere in the court – including a discussion of Ibadat Khana and the document, Mahzar, which took away from the ulama the authority to arbitrate in religious disputes and vested it in the emperor – Mishra zeros in on the main theme of his work. He traces Akbar’s patronage to 36 Brahmin pundits of Sanskrit.

These include Mahamahopadhyay Mahesh Thakkar, the most renowned scholar of Sanskrit in his time upon whom Akbar bestowed a small kingdom; 17 Jain Sanskritists, including the venerable Hirvijay Suri, besides some Muslim masters of Sanskrit, like Abdur Rahim Khan-i Khanan, Shaikh Faizi, Mulla Abdul Qadir Badauni, Naqib Khan and so on.

He also established a translation bureau where 14 of the most venerable works of Sanskrit like the Atharvaveda, Yogvashistha, Mahabharata, Ramayan, Bhagwat Gita, Panchtantra, Rajtarangini, Lilawati, Sinhasan Battisi, among others, were translated into Persian. 12 independent works were composed in Sanskrit under Akbar’s instructions, which included a grammar of the Persian language, a thousand names of the Sun, Allopnishad and more.

To top it off, Akbar’s own 1,000 names were compiled in Sanskrit, which comprise the text of the third volume in this series.

Interestingly, part one of Abu’l Fazl’s Akbar Nama was also translated into Sanskrit, the text of which had been published in 1962, edited by Subhadra Jha. Mishra, too, has reproduced it here.

Mishra has undertaken extensive research both in Sanskrit and in the translated Persian-language chronicles of Akbar’s court and later, to establish the empirical authenticity of the facts he has so painstakingly put together. This includes brief biographies of the 53 scholars working on different projects under Akbar’s patronage. In the end, he leaves little space for doubt about the factual accuracy of his data.

Could all this be dismissed as a clever act of political management? Perhaps, if one’s thinking cannot go beyond the monochrome that is so easy to handle. But then, makers of history, such as Ashok and Akbar, were visionaries who broke the moulds that nurtured them and set their own forms of liberation – both for themselves and for their masses.

Akbar need not have undertaken such a huge scale of effort for political symbolism; a couple of instances should have sufficed. Clearly, understanding and empathising with the knowledge and culture of the people he was ruling was integral to his vision of governance. Indeed, as Truschke has so elegantly argued, this vision inspired the Mughal state and its court culture for about a hundred years, from 1560 onwards.

Even with the backsliding wrought on it by Aurangzeb, it was still a living force as long as the Mughal empire lasted. It was not a mere add-on to state craft.

The magnitude of Mishra’s endeavour calls for acknowledgment and gratitude, its minor errors of typos and general below-par production values notwithstanding.