'Anger and Forgiveness': Has Nussbaum Given Either Its Due?

Martha Nussbaum's Anger and Forgiveness: Resentment, Generosity, Justice is an invitation to explore alternatives to the darker, retributive emotions that guide many of our responses to wrongdoing. 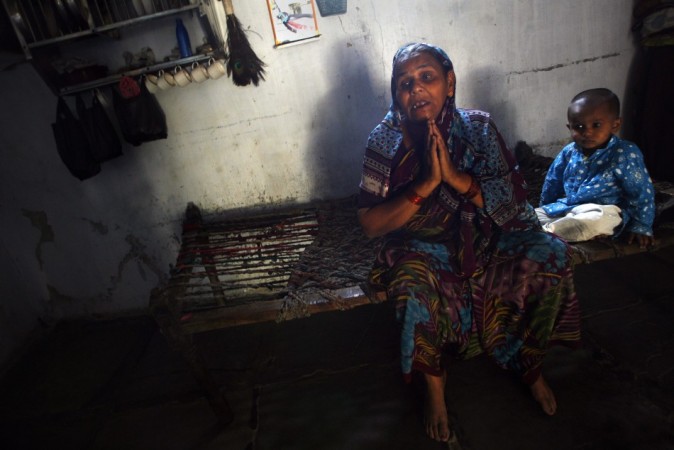 Hajira Sheikh, a riot survivor, sits with her grandson at her residence in the rebuilt Naroda Patiya, a neighbourhood of more than 3000 families in Ahmedabad, Gujarat March 6, 2009. Credit: Reuters/Files

In August 2012 a special court delivered a judgement in the case of the Naroda Patiya massacre of 2002, in which 96 Muslims were killed (many of them having been burned alive), and a number of women raped. The judgement convicted a former minister in the Gujarat cabinet, Mayaben Kodnani, and former Bajrang Dal convenor Babu Bajrangi, among 30 others, for various offences in the Indian Penal Code, sentencing them to prison for terms ranging from 24 years to life.

Despite noting that the crimes involved a pre-planned conspiracy to engage in “mass murder” of a brutal and gruesome kind, Justice Jyotsna Yagnik decided not to award the death penalty, arguing that there were more constructive ways of responding to such violence. Perhaps it was this observation which prompted Martha Nussbaum to write a column for the Indian Express a few months later. The column, ‘When is forgiveness right?‘, addressed the question whether there was any room for forgiveness and reconciliation after the Naroda Patiya judgement, along the lines of experiments all over the world to explore non-punitive responses to wrongdoing.

Nussbaum argued that there was not – resentment at wrongdoing was perfectly appropriate, and a pre-condition for forgiveness is that the wrongdoer acknowledge their wrongdoing, and undertake not to perform it in the future. Neither of these conditions had been met by those convicted of the massacre. Thus, she concluded, “resentment is what the victims and those who share their outrage should continue to feel and express. And more and more justice, more and more truth, is what they should pursue.”

In in her new book, Anger and Forgiveness: Resentment, Generosity, Justice, Nussbaum notes that her views on anger and forgiveness have changed since her Indian Express column. She now argues that anger is rarely warranted, because it always carries with it the implicit wish for some kind of “payback,” a desire that the wrongdoer suffer. Though the idea of payback has deep roots, she claims that involves a kind of “magical thinking,” because the wrongdoer’s suffering cannot cancel or undo the suffering he or she has caused. So while demands for payback may be understandable, they are nevertheless irrational. 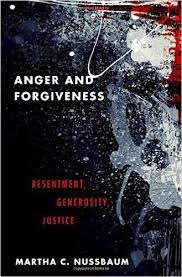 Nussbaum also considers an alternative view of why justice requires that wrongdoers suffer – some wrongs involve the diminishing of the victim’s status, by dominating or humiliating them. In such cases, punishment is justified as a way of correcting the “status imbalance” which results from the crime. Anger towards such an end may be intelligible, indeed well-grounded; but Nussbaum suggests that it should not to be praised, for it involves a preoccupation with domination and control, aims we ought not to value.

According to Nussbaum, then, the suffering of wrongdoers can be justified only in terms of “forward-looking” considerations aimed at reducing crime in the future – deterrence, incapacitation, possibly reform. If crime-reduction is our aim, then our efforts need not be exclusively punitive; they might extend to a focus on the causes of crime, for example, through education or poverty-reduction.

In both cases there is a diminished role for anger: perhaps the thought, “Something must be done!” as a response to injustice involves something akin to anger, but it need not involve any desire for “payback.” “In a rational person,” Nussbaum says, “anger…soon laughs at itself and goes away.” Her favoured alternative is “compassionate hope” – an emotion which she locates in Martin Luther King’s famous “I have a dream” speech, which begins with an accounting of the history of racial injustice, but ends with the hope that “sons of former slaves and the sons of former slave owners will be able to sit down together at the table of brotherhood.”

These reflections on anger are not limited to the criminal law, which Nussbaum regards as part of the realm of “everyday justice” in the political realm. They are meant to apply also to the sphere of intimate relations; to what she calls the “Middle Realm” of many of our quotidian interactions with colleagues and strangers; and to cases of “revolutionary justice,” which involve struggles against regimes, rather than struggles within them. In this last case she emphasises the transition from South Africa’s apartheid regime under the leadership of Nelson Mandela, which emphasised ‘Truth and Reconciliation’ over punishment for crimes committed by the apartheid regime.

In each of these domains, there is some limited scope for anger: as a signal that something is awry, as a motivation to fight against perceived injustice; and as in itself a deterrent against future injustice. But in each case, she suggests that the scope is severely limited, and the ends served by anger are better served in other ways.

These observations on anger would be congenial to thinkers of a Gandhian or (in some traditions) Christian bent, and indeed the figure of Gandhi recurs in many different contexts throughout the book. But Nussbaum is keen to distance herself from one traditional alternative to anger, namely that which emphasises the value of forgiveness.

This is another respect in which her views have changed since her commentary on the Naroda Patiya judgement. In that article, she argued that there was a time both for anger as well as forgiveness in responses to wrongdoing, and that the conditions for forgiveness were simply not present at the time the judgement was given. Nussbaum now disavows forgiveness as a value in itself.

Her principal target is what she calls “transactional forgiveness,” which she associates with a prominent stream in Judeo-Christian thought. The trouble is that the process, in this tradition at least, involves what she terms “a traumatic and profoundly intrusive process of self-denigration,” in which there is little role for personal dignity or self-respect on the part of the person seeking forgiveness. This kind of forgiveness simply mirrors the problems with anger: the “magical” thought that the suffering of the penitent atones for the suffering they have inflicted; and a preoccupation with status-lowering of the penitent for the status-lowering their own actions have caused. While there are forms of forgiveness which do not involve these errors, forgiveness inherently involves “moral danger” because it involves a spiritual elevation of the self over another.

Nussbaum’s favoured alternative is what she calls “unconditional love,” which, unlike forgiveness, is forward-looking, and bypasses anger altogether. Indeed, the importance of looking forward rather than backwards is a central theme throughout the book: “In human relations generally, we are always wrong to neglect the future; it is the only thing we can change, and it is in effect the only life we have.”

There is much to learn from this book. Among other things, it is an invitation to explore responses to wrongdoing which are not retributive in nature. As Arvind Narrain pointed out in an insightful article on sexual violence and the death penalty, the Naroda Patiya judgement was itself an exploration of this sort – Justice Yagnik was able both to recognise and acknowledge the horrific violence perpetrated by Bajrang Dal and others, without feeling the need to express this recognition in terms of the death penalty.

Narrain contrasted this with the judgement in the Delhi rape case of 2012, in which the death penalty was cast as the only conceivable response to the “subhuman” behaviour of the rapists.  Narrain lamented the fact that the public outrage after the rape left little room for sorrow and mourning, emotional responses which might have deepened our ethical sensitivity more generally, and made us more attuned to the sufferings of others who have received less attention, such as Dalit and Adivasi women. Others such as Flavia Agnes have argued that the retributive lens prevents us from a more clear-eyed analysis of sexual violence and what can be done about it. Nussbaum’s book thus speaks to concerns articulated by a number of thoughtful commentators in India who have engaged with the criminal justice system. Indeed, it can be helpful to view their interventions from a more theoretical distance of the sort she provides.

But in stressing the importance of “compassionate hope” and “unconditional love” over anger and forgiveness respectively, one wonders whether Nussbaum has given either their due. It is telling that her primary examples involve victims who have independent reasons to maintain relationships with those who have wronged them. This is easiest to see in the sphere of intimate relationships which have involved betrayals of trust – between spouses, or between children and their parents. It also seems plausible in revolutionary contexts in which there an urgent need to welcome members of the previous regime into a shared political community in the new regime, sometimes simply for the sake of future unity or stability. It is worth noting that in these revolutionary contexts erstwhile victims now have the power to inflict harm; one might see reconciliation as the prerogative of the powerful rather than the powerless. 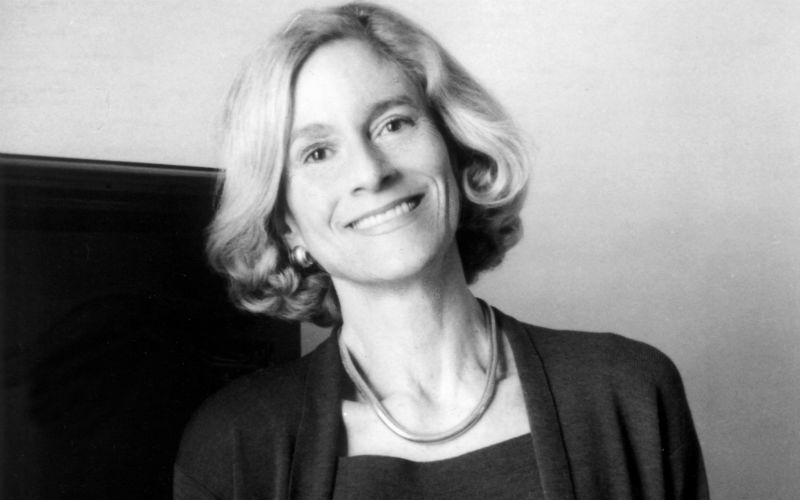 Nussbaum notes that her interest in the topic of forgiveness was prompted by the Naroda Patiya judgement, but she does not return to in the course of this book. This is a pity, because it presents a particularly challenging case study for the argument of the book. Just how are we supposed to relate to a Babu Bajrangi, who boasted of slitting open the stomach of the pregnant Kausar Bano, and said “If I am hanged, my last wish is to get two days’ leave to blow all Muslims with grenades,” or to a Suresh who boasted of raping a woman and throwing her off a roof, “smashing” her and “cutting her to pieces like achar”? It is hard to see how one might invite them to be part of a shared political community looking forward to a joint future of the kind envisaged by a King or a Mandela. Nor does Nussbaum tell us what to do when such invitations are rejected, as it surely would in such a case.

Anger at the rioters, at the administration, and at the social and political forces which produced people like Bajrangi and Suresh seems perfectly appropriate. Nussbaum would not disagree, so long as this anger was directed solely to preventing future riots. One might grant Nussbaum this much. But compassionate hope and unconditional love? To see these as psychologically possible, let alone morally desirable, requires more work in moral psychology than we are given in this otherwise rich book. But at least it is an invitation to explore alternatives to the darker, retributive emotions which currently guide many of our current responses to wrongdoing. Perhaps these in turn will lead us to more creative ways of preventing future Naroda Patiyas.

Arudra Burra is an assistant professor of philosophy at IIT (Delhi).