Akkitham was also a Gandhian, social reformer, journalist and an example of simplicity. 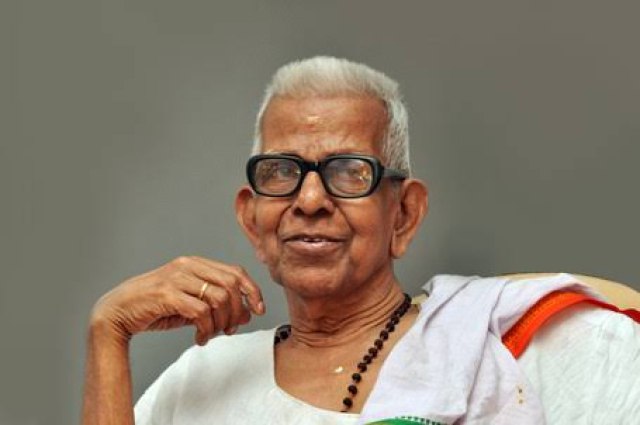 Akkitham, who was admitted to hospital due to age-related ailments, died at 8.10 am, hospital sources said.

Governor of Kerala, Arif Mohammed Khan condoled the demise of the poet, along with several others.

He was the sixth Keralite to be awarded Janapith laurel, announced in November 2019. The ceremony delayed due to the outbreak of Coronavirus till September this year.

Recently, he was conferred with the Jnanpith Award, the highest literary award in the country, at a special function held at his house at Kumaranallur in Palakkad district.

The funeral will take place with State Honour at his house at Kumaranellur near Thrithala in the district on Thursday at 4 pm.

The poet, who was instrumental in heralding modernism in Malayalam poetry, was also a Gandhian, social reformer, journalist and an example of simplicity.