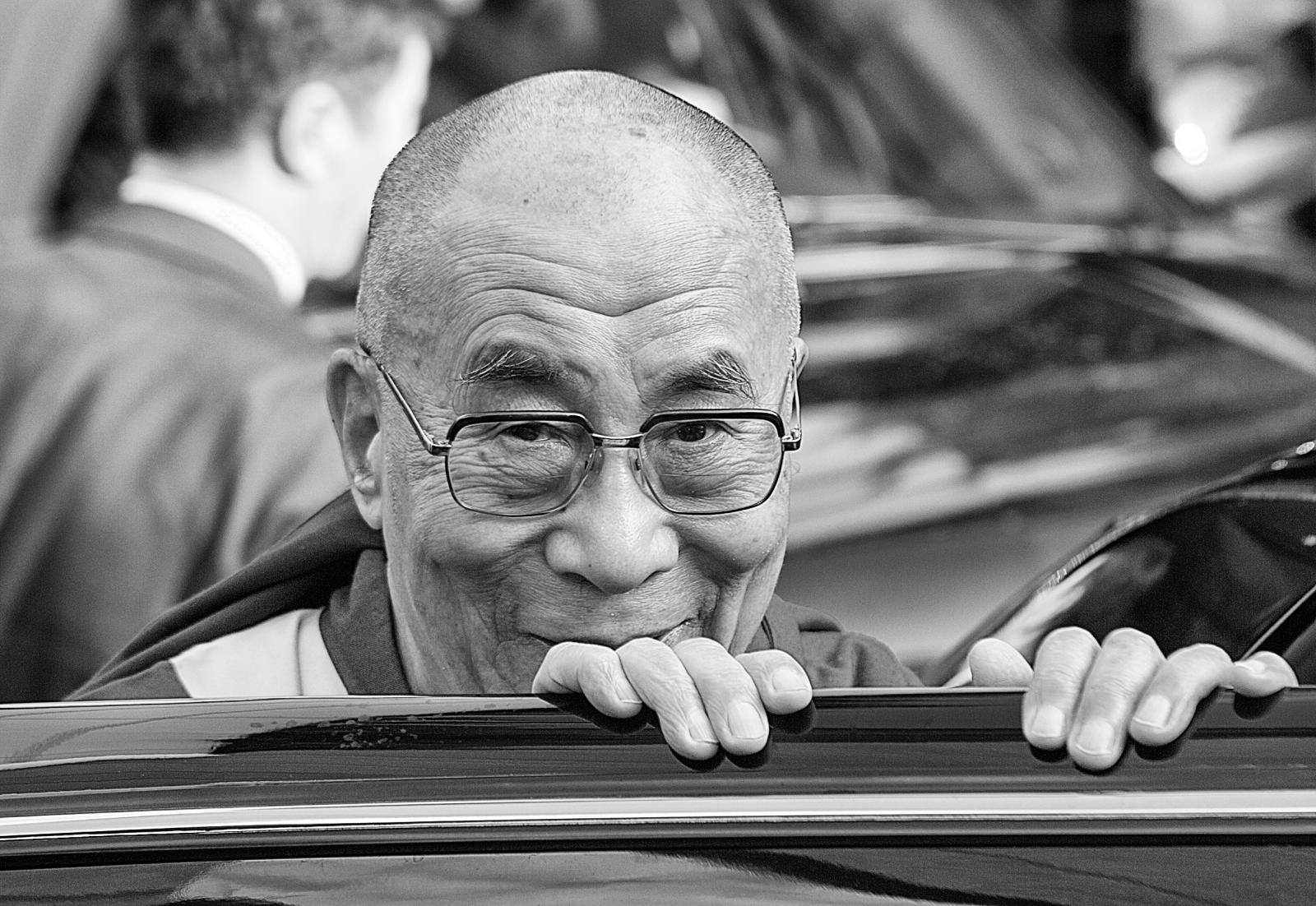 The 80th birthday of His Holiness the Dalai Lama has occasioned a spate of comment on his life and message. Two recently published books – Tibet: An Unfinished Story and The Noodle Maker of Kalimpong – have received little attention in India  although they have interesting revelations to make on the recent history of Tibet. The first, by University of Cambridge academics, Lezlee and Stefan Halper, is noteworthy for the access its authors received to the archives of the Chinese Ministry of Foreign Affairs as also the insights provided on American assessments of Tibet and India’s Tibet policy during the late 1940s and ’50s. The bypassing of the “golden hour” for Tibet in the late ’40s – between the end of 1948, as the Nationalist regime in China was dying, and the beginning of the Korean War – during which the world could have engaged more fully with it, is poignant.

The Tibetan ruling hierarchy in Lhasa was no less to blame. When the People’s Liberation Army marched into Tibet in 1950, attempts by Ngabo Jigme, the regional governor in eastern Tibet, to contact Lhasa and to seek instructions drew no response. The answer over the wireless was: ‘Right now it is the period of the Kashags’s (the ruling council) picnic and they are all participating in this’. The rest is history. Tibetan attempts to seek help at the United Nations failed miserably.

In fact, when the Chinese armies were marching on Tibet, many members of the Indian cabinet believed that India should not remain an uninterested party. Sardar Patel, the deputy prime minister, openly condemned the Chinese entry into Tibet and was quoted in the Hindustan Times of 11 November, 1950, saying ‘to use the sword against the traditionally peace-loving Tibetan people was unjustified’.

India’s determination, however, not to jeopardize a working relationship with Beijing prevailed at the UN. On August 15, 1950, the Indian Ambassador to China, K.M. Panikkar told the Chinese Vice Foreign Minister, according to the Chinese Foreign Ministry Archives accessed by the Halpers, that the Indian government recognised Chinese sovereignty over Tibet, and that ‘the only concern the Government of India has towards Tibet is being afraid of tribal disturbances along the border due to military activities’. Panikkar later realized that he had used the word ‘sovereignty’ instead of ‘suzerainty’  and wrote in November 1950 to the Chinese foreign office, explaining this oversight in his language. An October 1951 telegram from the U.S. embassy in Delhi to Secretary of State Acheson spoke of the Secretary-General of the Ministry of External Affairs. Girja Shankar Bajpai venting expressions of regret but also pointing out that ‘there had been little that India [could] offer Tibet in way of polity or practical support’.

On 29 April 1954, when the popularly termed ‘Panchsheel’ Agreement was signed between India and China, the Indian government accepted that Tibet constituted an integral part of China. The ‘big idea’ of Panchsheel, as later history showed however, could not disguise Chinese territorial ambitions vis-à-vis India.

Actor and witness both

The Halpers speak of the CIA’s involvement in training Tibetan rebels to fight the Chinese. Gyalo Thondup, the elder brother of the Dalai Lama, was a key figure in these efforts and we shall turn to his story in later paragraphs. The Tibetans believed that the Americans had promised them independence, but the ‘southern-fried ambiguity’ of one U.S. official, Thomas Parrott was more emblematic: ‘If the Tibetans thought they would get their independence from China, well then they were just Whistling Dixie, I guess. We were sympathetic of the Dalai Lama but we had to think of our own interests’.

The flamboyant Gyalo Thondup is one of the most controversial figures in recent Tibetan history. The elder brother of the Dalai Lama, he emerges as a personality who straddles Tibet, China and India with perfect ease, self-justifying, stubbornly persistent, the ultimate survivor. Gyalo Thondup, The Noodle Maker of Kalimpong: The Untold Story of My Struggle for Tibet

His biography, innocuously titled The Noodle Maker of Kalimpong: The Untold Story of My Struggle for Tibet, chronicles the life of a man who has been both a leading actor, and a witness in some of the most significant events in recent Tibetan history. While he is today settled in Kalimpong, where he owns a noodle factory, he will be remembered not for his declared profession of noodle-making but for his links with China, his interlocutory role between the Dalai Lama and the Chinese government, and his links with intelligence agencies both in the United States and India. What emerges in his story, as told by Anne Thurston (who authored The Private Life of Chairman Mao) is a web of conspiracy and intrigue of byzantine proportions, fascinating because it is not fiction but in essence, a story filtered through the prism of fact.

For students of Tibetan history, it is interesting to read Thondup’s version of events surrounding the murder of the Reting Rinpoche and his somewhat negative assessment of Hugh Richardson, the last British political officer in Lhasa, whom Thondup saw as manipulating the ‘ignorant officials’ of Tibet. Even of more interest is the record of his first visit to India around 1948, when news of the imminent Communist victory over the Nationalists in China was being discussed and anticipated.

He writes of Prime Minister Nehru as being, ‘genuinely sympathetic to Tibet’.  Nehru was suspicious of the Communists and he ‘urged the Tibetan government to prepare for the possibility’ of a Chinese take-over. Sardar Panikkar, according to Thondup, was Nehru’s intermediary, taking messages from the Prime Minister to Thondup. In 1949, the messages were becoming more emphatic: first, Nehru’s advice was that the mobilisation of the Tibetan population was absolutely necessary to face impending problems with China, and secondly, India was willing to help Tibet to prepare militarily, both by training soldiers and supplying arms.

Thondup writes that there was absolutely no response from the Tibetan government to these offers for assistance, including one to build an airstrip near Lhasa. By the time of the Chinese entry into Tibet, given the lack of interest shown by the Tibetan ruling hierarchy to the Indian offers for help, the Indian position had also changed. India had concluded that she had to deal with the reality of the Chinese presence in Tibet. In 1956, when the Dalai Lama visited India for the first time, his officials, and his family, were keen that he seek asylum in India, but the simultaneous presence of Chinese Premier Zhou Enlai ensured that the Indian government persuaded the Dalai Lama that he should return to Tibet since Zhou had himself assured Nehru that he would be safe.

A little over two years later, that would change. The Dalai Lama sought and was granted refuge in India where he has stayed ever since. His escape took place against the backdrop of serious disturbances in Lhasa and in the rest of Tibet. A document of the Eighteenth Army of the PLA, captured by the Tibetan resistance in 1961-2, stated that between March 1959 when the Dalai Lama fled Lhasa, and October 1960, the PLA had “wiped out” eighty-seven thousand Tibetan “bandits” in Central Tibet alone.

Thondup speaks also of the help to the Tibetan resistance provided by the CIA and Indian intelligence throughout the 1960s, of links with Taiwanese security agencies, and even Soviet offers of help once American assistance began winding down as the opening to China under President Nixon gathered momentum. Russian involvement was never to get off the drawing board, however. Later, in the era of Deng Xiaoping, talks between the Tibetan exiled leadership and the Chinese government were to be held on an on-off basis.

A friend of India

There are other controversial aspects of Thondup’s story including narration that does not portray Indian agencies in a positive light. There is also a segment devoted to the succession to the Tenth Panchen Lama where Thondup says that Deng Xiaoping wanted the Dalai Lama to go to China to conduct the Panchen’s memorial service (the invitation was declined). He also claims that representatives of the State Council of China were among those who contacted him seeking the Dalai Lama’s guidance on the selection of the new Panchen Lama.

He claims the process was derailed when an announcement on who the new Panchen would be was made from Dharamsala without prior intimation to the Chinese, who promptly repudiated the choice. He sees this as a lesson on the need to understand the Chinese mentality, although in his view, ‘the suspicion with which the Chinese view the world may destroy them’.

Both books illustrate how Tibet grips the imagination of the world with its geopolitical significance – and the ‘salve to the spirit’ that it provides. What is exceptional is the drive of the Tibetan people to pursue and preserve their unique cultural and religious heritage against all odds. Domestic and diplomatic constraints only accentuate their tragic fate.

The writer is a former Foreign Secretary of India and a former Ambassador of India to China.