The Deceptive Charm of Lit Fests in Times of Curbed Dissent

At a time when writers and artists are being persecuted for their work, festivals piggybacking on the name of literature are ironically at their height. 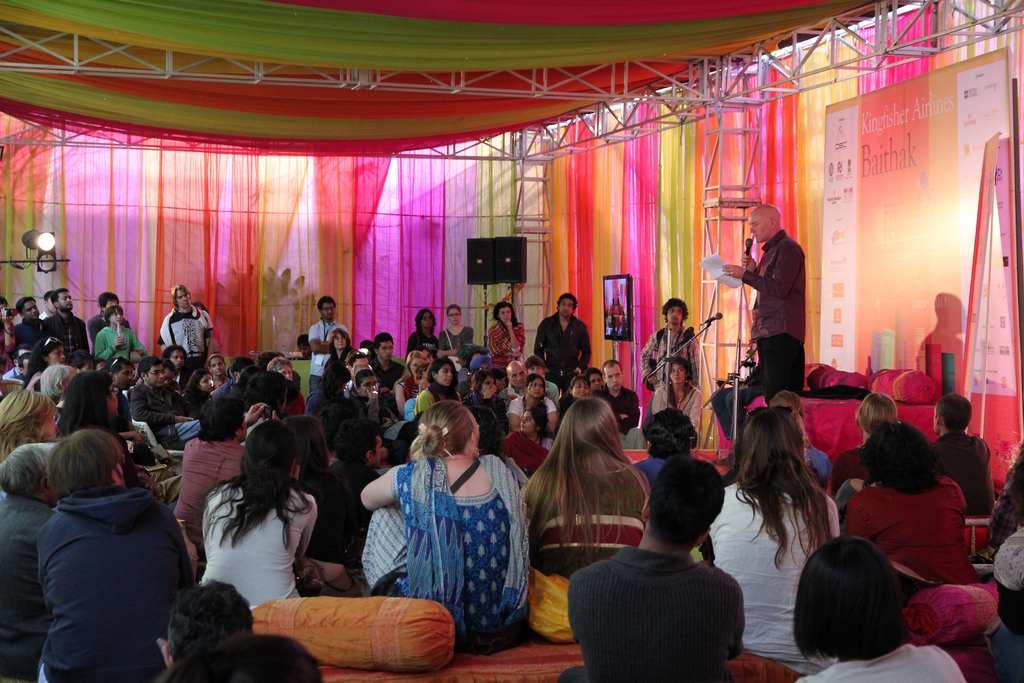 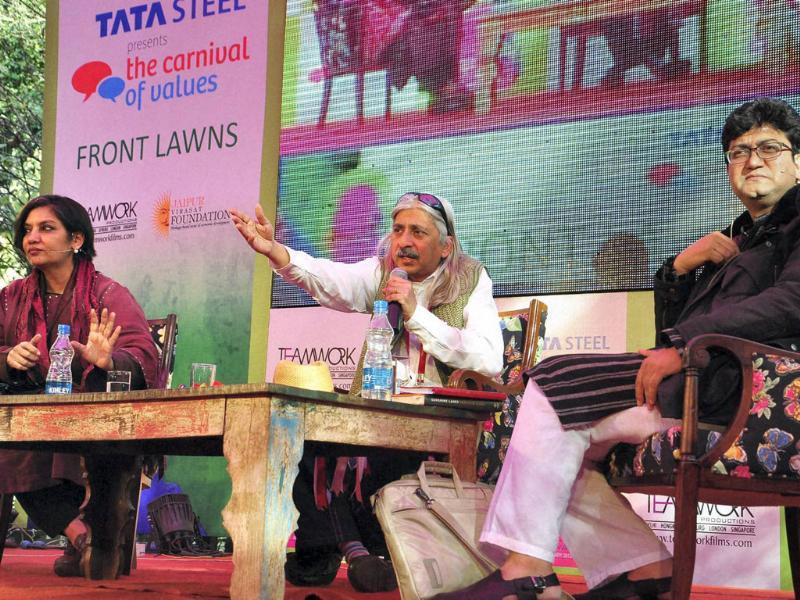 Yet, at the same time, India’s big and small towns are teeming and beaming with all kind of ‘Lit Fests’– literature festivals. Delhi, Dehradun, Chandigarh, Bareilly and many more cities are witnessing such grand celebrations in the name of literature which were unimaginable just a few years back. In the months of October and November, more than half a dozen lit fests were organised on a grand scale.

These lit fests sometimes remind me of Milan Kundera’s novel Life is Elsewhere. In the novel, poets and hangmen recite their poems in the same programme – in a police station. Almost the same situation unfolds in these lit fests. An ironical side of all such festivals is that they seem to play host to people who are anything but writers. All film stars are authors, yoga gurus are authors, sports persons are author, film lyricists are poets and everyone who by any chance becomes famous is an author. Of course, some genuine writers are  also accommodated but only on the sidelines of the main programme and with the sole purpose of giving some validity to these festivals.

Now the Times group has announced its lit fest. The Times of India is one of the oldest news institutions of this country. As a group, its contribution is immense in literature. The most prestigious award for literature in Indian languages – Jnanpith Sammaan – belongs to the group. Still, the website of the group informs its readers that “Nayantara Sahgal, Gurmehar Kaur, Bibek Debroy, Jayant Sinha, Kiran Nagarkar, Javed Akhtar, Shabana Azmi, Devdutt Pattanaik, Raghuram Rajan, Swara Bhaskar, Baba Ramdev, Amish, Vinod Rai, Shashi Tharoor, Shobhaa De, Hasmukh Adhia, Arun Shourie, Abhinav Bindra, Christophe Jaffrelot, Nandita Das, Rajdeep Sardesai will be among a wide galaxy of diverse talents speaking at TLF-Delhi 2017”.

Can someone explain on what criteria Sinha, Ramdev or Adhia may be called authors? Others, such as Rai, Kaur or Bindra may have a book to their credit, but is their job literature and is that what they will be discussing or even be able to discuss? Certainly they are celebrities – maybe more important than authors – but is this their place? It is a kind of dishonesty to call them authors and showcase them in any literature festival.

This complaint may be brushed aside as the grudge of someone who is a failed writer, who has published many books, but is not invited to any such festivals. And maybe the organisers feel that with authors as increasingly unknown entities in society, such fests may serve literature because celebrities discuss contemporary issues and sometimes books too.

But this has lasting consequences. By taking this approach, fests change the basic nature of literature as seen by society. They transform it into a commodity. Literature turns into something which may entertain the audience like a popular film; the lit fest ends up like a theatre, an entertainment for a popcorn-burger consuming audience.

Certainly, good literature entertains us. But its roots are deeper. It addresses social and political concerns. It looks beyond time and space. It is deeply associated with human values. At its core, it represents protest and dissent. At times, it breaks from reality to understand the deeper reality, it takes the flight of imagination to analyse reality. The same is true with other forms of expression including art, music, dance and culture.

But such a culture of protest, of dissent, of augmented reality is no longer welcome in our times. Its practitioners are crushed, persecuted for being experimental, for raising questions, for ridiculing a rotten value system, even for simply entertaining people with some play of imagination that is not “pre-approved”.

For writers and artists, it is a cruel time – tough and dangerous. The irony is that in such a time, festivals piggybacking on the name of literature are at their height. Prasoon Joshi, Ramdev and Sinha are on the same stage as some great writers. They are being presented as a showpiece so that the culture of literature can be made more marketable, in the drama, in the delight, in the celebration of celebrities. But in this scenario, is it possible for anybody to listen and, more importantly, is it possible for anybody to question?

Priyadarshan is a Hindi novelist, critic and journalist. He has published nine books, including 2 short story collections and one poetry collection. He has also translated a number of authors into Hindi, including Salman Rushdie and Arundhati Roy. He currently works with NDTV India.