The Literary Oligarchy Is Killing Writing

With the staggering rise of wealth inequality and the increasing concentration of ideas and access to an audience in the hands of a few, largely elite writers, it’s the voices on the margins that need to be heard. 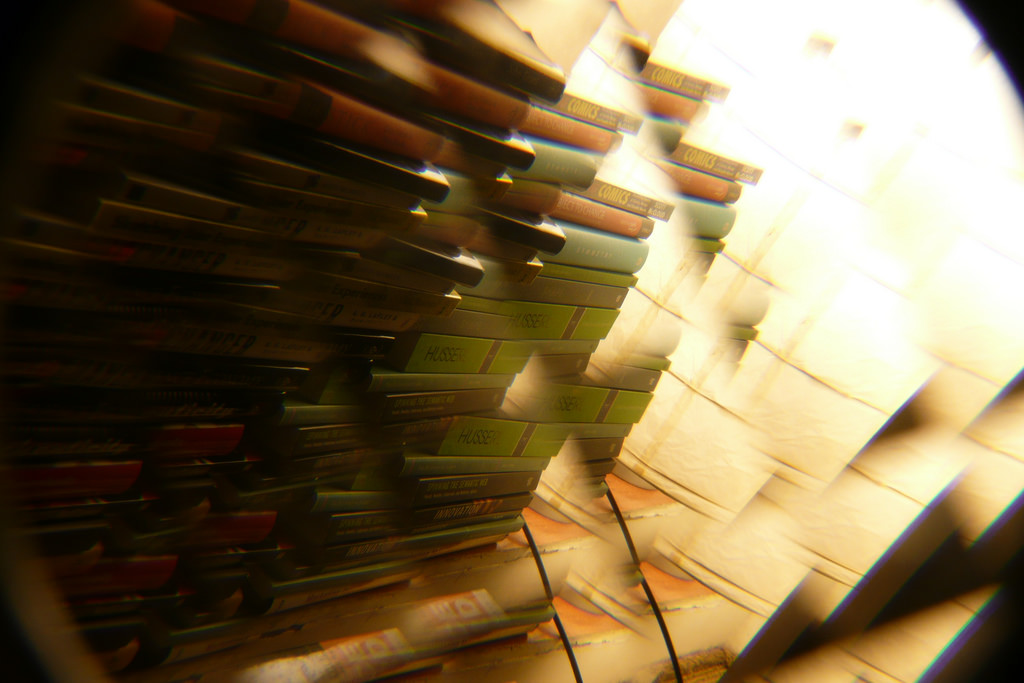 There is no literary meritocracy. Representative image. Credit: Flavio Ensiki/Flickr CC BY 2.0

Years ago, when I was first trying to make a name for myself as a writer, a prominent Indian novelist and one whom I admired told me I was being a fool to ever think my fiction – influenced by the American and European modernists I grew up reading – would ever be accepted by the mostly white boy club of the terminally hip who ruled New York City publishing – the trustafarian rich kids who defined cool, and by extension, who got published, who got reviewed and who got attention.

He told me to start wearing a turban and pen a gritty but ultimately celebratory novel about Sikhs in California, where I grew up – be the native informant for the bored white US searching for a new ethnicity to discover, consume, go all gaga over and ultimately discard. That way, he said, lay my surest path to even the slimmest foothold in the literary world.

I ignored his advice and told him so. What he described sounded like self-cannibalisation to me. For me, the whole point of writing – great writing at least – was that at its heart it promoted a fundamental freedom of the mind to engage the world in whatever way one chooses. Soon after, the prominent writer made a point of “dropping” me. I suspect he decided my poor judgment proved I was never going to be famous enough for him to waste his energy cultivating while my insufficient sycophancy was in no way going to compensate.

At the time, I had written two novels. One was about an enormously fat satellite television magnate who gets eaten by a huge fish; the second about a wild girl found in the mountains of an imaginary Asian country. While the former suffered from many usual first novel failures, the latter, I believed, and still do, genuinely succeeded.

Within months, I had an agent at a top agency, and months later, a folder full of polite – though often enthusiastic – rejections. Had my name been Robert Smith, and not Ranbir Sidhu, I have little doubt that instead of soft praise for the imaginative depth and striking language of my work, I would have been receiving panegyrics of applause talking up my ability not only for wild invention but the extraordinary range of the lives I inhabited, lives so clearly different from my own. To this day, that novel still sits in a drawer.

It was cool, and still is, for white boys to slum in the shoes of the imaginative other; like famous actors taking on roles with physical or mental disabilities, it almost guaranteed the literary equivalent of an Oscar nomination. They were rewarded for stretching their imaginations, while for someone with a name like mine, such stretching was considered whatever was the polite literary word for uppity. I was expected to stick to the reservation badlands of “write what you know” and spin my tireless rims along the dusty backroads of my own self-ghettoised culture.

Also read: Author-ity, or What Do Writers Really Do?

This was made clear to me early on, long before I moved to New York, and from a very unexpected source. While an undergraduate at UC Berkeley, I sent one of my first stories to Bharati Mukherjee, who was teaching there, as part of an application for her creative writing class. She was already a grand dame of contemporary American letters. The story was written strictly in the vernacular of a miner in the north of Thatcher’s England and set during the coal strikes of the mid-1980s. It ran to nine typed pages and consisted of a single, uninterrupted sentence.

It was an odd meeting with Mukherjee. Sitting together in her cramped faculty office, she almost continuously picked up the phone to pronounce “Dah-liing” to someone on the other end. When she did get around to discussing my story, she instantly dismissed it. Why was I writing about miners? Why was I writing about white people? What could I possibly know about these people? At no point did she discuss the story itself. “Write what you know,” she insisted airily, sounding very much like a Hallmark card for distressed writers. I wasn’t allowed entry into her class. I would have to write about “my own people” before she allowed that. Later, I would learn she was famed for mentoring young writers, but every one of those I heard about was always a young, white male. My story went on to win a university prize and was my first published fiction.

To all intents and purposes, I should not exist. The child of Punjabi peasants – my mother a Partition refugee, my father an economic refugee from post-Independence India who left for Kenya, then Britain, where I was born – and someone who grew up in a working class, book-free household who found himself first in the work of Dylan Thomas and Heinrich Böll, and later, in the grand fantasies of writers such as Günter Grass, Alasdair Gray, Jeannette Winterson, Iris Murdoch, Hermann Melville and Georges Perec.

For years, I sustained myself on the idea of a literary meritocracy, that good writing, and writers, rise to the top. All I had to do was demonstrate my skill at stepping outside of myself and crafting striking narratives and I would be ushered in, recognised as a fellow writer among writers.

I couldn’t have been more wrong. No one was interested in what the child of Punjabi peasants sees when he steps outside of himself; what they wanted was the Punjabi peasant, or the child, spilled onto the page, to be consumed and assimilated, Borg-like, into their own grand narratives while denying me the agency of inventing my own worlds.

Meritocracies, I learned too late, are the easy myths the rich feed the poor to keep them dreaming that one day they may find a door out – something that’s no less true in the literary world. But just because I was naïve enough to believe in one should not mean that we shouldn’t be concerned about the literary world we have: an oligarchy where the doors to entry are growing narrower and narrower.

Also read: ‘Deep Singh Blue’ Explores the Sense of Unbelonging to a Culture

In India, the stranglehold of the Doon-St Stephens-Oxbridge circuit – South Asia’s Eton and Harrow, and representing less than a fraction of a fraction of a percent of the populace – continues to dominate who gets easy access to a publishing contract and early success; and while in recent years, many more, and more diverse, voices have found their way to print, those denizens of the old school, with their elite social networks, chummy recollections of punting on the Thames, and back-alley knife fight arts of getting ahead at any cost, continue to define who is promoted, read and taken seriously.

Lucy Diver’s recent Guardian essay highlights how an address in London or New York has become a prerequisite for international success, especially through the Man Booker Prize. My own time in New York made it clear that there were few real friendships in today’s literary hubs, only transactions: ‘What can you do for me?’ is a question silently asked a thousand times at every literary gathering, and answered with all the speed and toxicity of a nightclub lothario sizing up his options for the evening. I wish I could say I’ve not been guilty, but I have; I remember the socially awkward, greenhorn writer in me almost begging more established ones for any crumb that might lead to a path to getting a book published.

There is, of course, much great writing being done in New York and London and the elite addresses of New Delhi and Mumbai. Of the two recent Man Booker prize winners, both American, Paul Beatty’s The Sellout was a pure revelation of satire, and well-deserved the prize, and while I haven’t yet read George Saunders’s latest, his books, at least up to the unfortunately self-parodying Tenth of December, were each a small masterpiece.

Also read: The Political Is Personal, or the Enduring Nature of the Memoir

But step outside of yourself, at least if you’re not a white male, and you’ll find the doors to publishing with any major house almost always (politely) slammed in your face. Women writers who attempt any intellectual heft in their writing know they’re banishing themselves to the realm of independent presses – and despite their genuine worth, such presses offer low or no advances, lack the funds to send an author on tour, and usually employ only a single, seriously overworked publicist. Even the Nobel laureate V.S. Naipaul, when, after the early international success of A House for Mr Biswas, penned a novel with only white characters, Mr Stone and the Knights Companion, discovered that absolutely no one was interested in his outsider’s view of the British in the 1960s. While the Jonathan Franzens are rewarded for penning zeitgeist-defining tomes, for the rest of us, such ambition, along with our own competing definitions of the zeitgeist, finds us shunted off to the railway sidings of literary and cultural irrelevance.

In a world with diminishing attention spans, ever-decreasing column counts for reviews and a culture that has become celebrity-obsessed, the narrowing vision that establishment authors offer us should be cause for alarm. There is no reason any individual author, whatever their talent, should be recognised and applauded, myself included; but today, perhaps more than ever, with the staggering rise of wealth inequality and the increasing concentration of ideas and access to an audience in the hands of a few, largely elite writers, it’s the voices on the margins we need to hear.

Years after my friendship with the Indian novelist ended, I did write a novel partially centring on the Sikh experience in California, called Deep Singh Blue. When writing it, I chose not to anthropologise or mindlessly celebrate the experience, instead working hard to present that world as closely as I was able – what I called the view from the inside out.

Even after V.K. Karthika, the visionary editor at HarperCollins India, bought it, no major US publisher would touch what was, to my mind, a deeply American novel. The one who finally did was a Los Angeles-based independent, surviving pluckily thousands of miles away from the polite savageries of New York’s literary cocktail circuit. Three cheers for the independents.

Ranbir Sidhu grew up in London and California, and currently lives in Greece. He is the author of Deep Singh Blue.