Klaus Fuchs, Scientist Who Levelled Atomic Playing Field for the Sake of Humanity

A new book tells the compelling story of the German physicist and communist who fled the Nazis in the 1930s and ensured, during the course of his work in Britain and the US, that the Americans would not have a monopoly over the nuclear bomb. 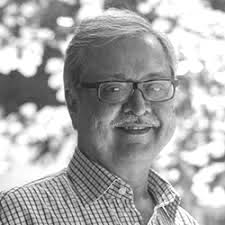 Klaus Fuchs is a forgotten name except among historians of the Cold War and espionage and among those who have a special interest in ”bomb physics’’ which is the shorthand for the science – especially physics and mathematics — that went into the making of the atom and hydrogen bombs.

There was a time, however, in the early 1950s when Klaus Fuchs was headline news. In January 1950, he confessed that he had passed on to the Soviet Union top secret information regarding the making of the bombs. It was only then that people outside a select group of scientists got to know how deeply Fuchs, a top-ranking physicist, had been involved in the making of the bombs in the United States and in Great Britain. 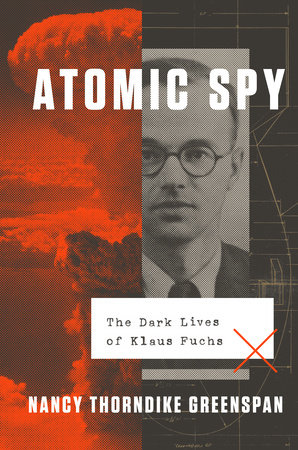 Nancy Thorndike Greenspan reconstructs the life and career of Fuchs through detailed research and a riveting narrative. She uses the phrase “dark lives’’ in the subtitle but this is by no means a book that lacks in sympathy for Fuchs. She forces her readers to reconsider their idea of what constitutes treason.

Fuchs was born in 1911. His father Emil was a Lutheran priest and Fuchs grew up in Eisenach in Germany. They were a happy family but as Emil recalled in the aftermath of the First World War “political developments cast their shadows over cheerful work and family life.’’ After school, Klaus enrolled in the University of Leipzig to study mathematics and physics where he was taught by none other than Werner Heisenberg.

As a student, Klaus opposed the rising tide of Nazism and this brought him close to the German communist party which was involved in organising the resistance. He moved to Berlin where he went underground and escaped to Paris a few hours before the Gestapo arrived to arrest him. He was 21 years old with no money, no prospect of education and no French. He lived in Paris for two months as a destitute and in September 1933 crossed the Channel to Britain. At immigration he produced a letter that contained an offer to study theoretical physics at the University of Bristol, fees to be paid by his father. He was granted entry for three months and no employment without government permission.

At Bristol, he worked with Nevill Mott, a former student of Max Born, and in 1935 and 1936 published two articles that were recognised as major contributions: the second of these is still cited today as a paper that fundamentally altered the understanding of the electrical conductivity of thin metallic film and served as the foundation for microelectronics. It was becoming clear that Fuchs was emerging as an outstanding scientist. By 1936 he had submitted his dissertation for a PhD degree. With Mott’s encouragement, Fuchs moved to Edinburgh to work with Max Born.

Fuchs’s scientific work with Born was rudely shattered when Britain declared war on Germany. He spent the first years of the war in internment as an enemy alien. Life in the camps, where conditions were rough, strengthened Fuchs’s communist links. Changes in policy regarding enemy aliens saw Fuchs back in Britain in 1941 and on Born’s recommendation he got a job in Birmingham University where he worked with the famous physicist Rudi Peierls, who became a friend and patron. In Britain, Peierls was among the handful of physicists who understood the implications of the experiments Otto Hahn and Lise Meitner that led to the splitting of the uranium atom. Peierls and Otto Frisch (a nephew of Meitner and also working in Birmingham) worked out that splitting the uranium atom and the consequent initiation of a chain reaction contained the potentialities of the atomic bomb that could be used to defeat Hitler.

Without revealing details of the work he was doing, Peierls got Fuchs involved in the research on the implications of Hahn and Meitner’s discovery. Within his first week in Birmingham, Fuchs had made fundamental contributions. When the project to make a bomb started first in Britain and then in the US, Fuchs was an obvious choice to be part of the team. It was around this time that Moscow Centre made its first approach to Fuchs through a young woman, Ursula Kuczynski, codenamed Sonya. Fuchs began passing on information to Soviet Russia about the ongoing research on the bomb.
When the making of the bomb gathered momentum under Operation Manhattan in the US, Fuchs was one of the British scientists who became part of the project under Robert Oppenheimer. 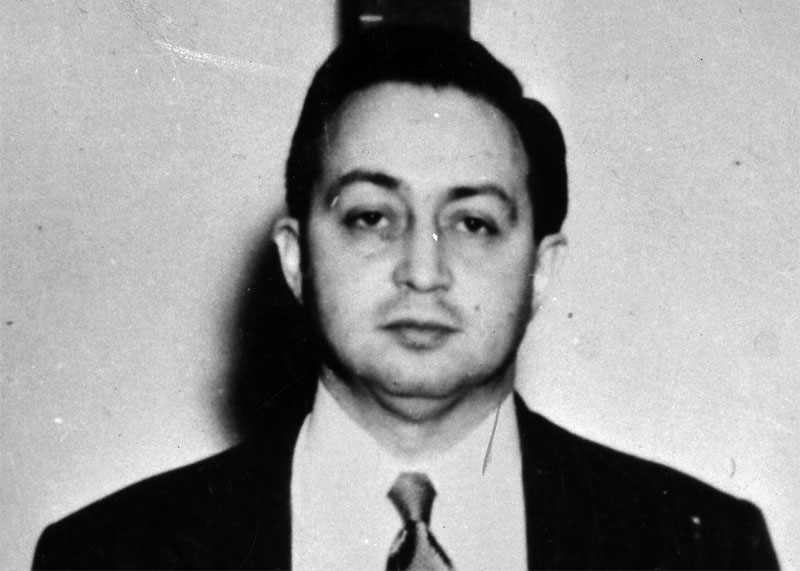 His Moscow Centre contact in the US was Harry Gold (codenamed Raymond) and Fuchs was given the codename Rest. Greenspan provides details about Operation Manhattan, especially about daily life in Los Alamos and the explosion of the first atom bomb. Throughout his stay in Los Alamos, Fuchs passed on valuable and critical information to Gold whenever he came out of the camp to shop or to run chores. As a result, when Stalin, Truman and Churchill (to be replaced by Attlee) met at Potsdam the day after the bomb had been tested in Los Alamos. Truman dangled the new weapon before Stalin who was fully briefed about the bomb though he pretended not to know anything.

After the war, Fuchs returned to Britain and given his reputation and his brilliance, he was appointed to the Atomic Energy Research Establishment as the head of its Theoretical Physics Division. Fuchs continued to pass on information to the Russians. By now, the context had radically changed. Nazi Germany was no longer the enemy but for the US and Britain, the Soviet Union was, and a different kind of war – later to be called the Cold War — had been inaugurated. Through defections from the Soviet Union and the breaking of the codes that the Russians had used during World War II, it became clear that there had been a spy among the Los Alamos scientists through whom vital and secret information had gone to Soviet Russia. The MI5 and the FBI began to zero in on a number of suspects and Fuchs was high on the list given his communist past and other circumstantial evidence. Greenspan is superb in her description of how the evidence against Fuchs was accumulated.

In 1950, it was decided to confront Fuchs and the task was given to Jim Skardon, who had earned his laurels by interrogating Indian armed revolutionaries who the British labelled “terrorists”, and who was later to interrogate Kim Philby. In his first two meetings with Fuchs, Skardon failed to extract a confession. Fuchs himself asked for a third meeting and offered a full confession. He was arrested, convicted and imprisoned for 14 years. He was allowed to go back to East Germany in 1959 where he lived till his death of lung cancer in January 1987.

Not for one moment did Fuchs regret what he had done. Nor was there any sense of triumph. He had acted according to his moral conscience. He like many other scientists in Los Alamos knew that the atomic bombs had been dropped on Hiroshima and Nagasaki not to precipitate a Japanese surrender but to intimidate the Soviet Union. From the beginning of his involvement in bomb physics, he did not want the bomb to be the monopoly of one power. This was the only reason he passed on information to the Soviet Union that, till the end of the war, was an ally of the US and Britain but was deliberately kept out of the loop about a crucial development in the fight against Nazi Germany. Dick White, the head of both MI5 and MI6, noted that Fuchs’s motives were “relatively speaking pure. Different from other spies, money was not the goal. He was a scientist who got cross at the Anglo-American ploy in withholding vital information from an ally fighting a common enemy.’’

Fuchs received no payments from the Russians, and, unlike in the case of Philby, his passing on of secrets did not lead to the loss of lives. He may have saved millions of lives. He passed on information to Russia – I refuse to use the word “spied”, after reading Greenspan – for the sake of humanity.

Rudrangshu Mukherjee is Chancellor and Professor of History, Ashoka University

This review was first published in the Business Standard