Kazuo Ishiguro, the Door and the Nobel Website’s Rather Strange Omission

At his Nobel lecture in December 2017, Ishiguro allegorically expressed his psychological discomfort at how the academy seeks to entrap a writer within the specific fame of being a Nobel Laureate. 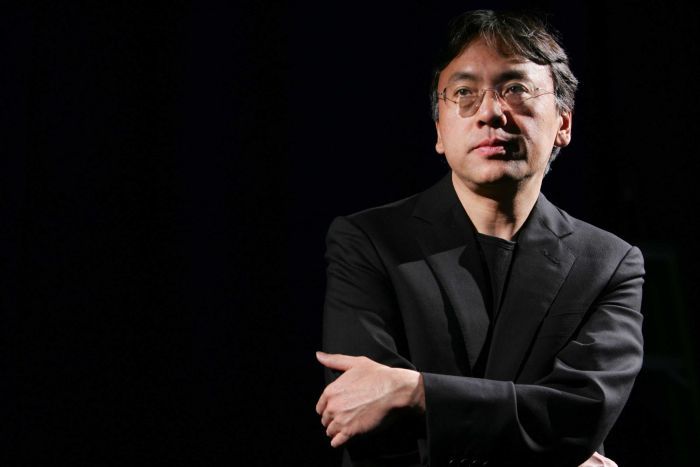 The official website of the Nobel Prize, found it appropriate not to include the opening remarks Kazuo Ishiguro made in his Nobel lecture on 7 December, 2017, at the Swedish Academy in Stockholm. A rather strange omission, given the parable-like quality Ishiguro evoked in those lines. His mention of the exceptional door that ushered him into the room where he delivered the lecture was surely deliberate. Ishiguro couldn’t have been unaware of the metaphorical quality he was lending to the meaning of that door through his observation and feeling.

This is the impromptu remark Ishiguro made, before reading out his lecture: “The doors that Sara Danius and I came through just now, over there, I am told, are opened only twice every year. Once, when the permanent secretary of the Swedish academy announces the winner of the Nobel Prize, and the second time, when the literature laureate comes in to deliver the lecture. So I felt really honoured to be only one or two people to come through this door this year. I am now wondering when I leave, if I try to go out the same way, I will find the doors locked. And so am not quite sure how I get out of here.”

Apart from his feeling of honour to have been led in through that door, Ishiguro suggests his psychological discomfort at the thought that he cannot go out through the same door. The moment he learns of the exemplary ritual, or rule, behind the door, he becomes aware of being part of a larger apparatus of meanings.

The eerie significance of the door couldn’t have escaped a writer who has been compared to Franz Kafka by the Nobel committee in its citation. The twist however is, the door that merits Ishiguro’s attention follows a rule opposite to the door in Kafka’s famous parable, Before the Law. In Kafka’s story, the door of the law waiting for its sole entrant, a man from the country, is designed to refuse him entry. In Ishiguro’s case, the door allows him to enter, but not exit. This door’s yearly ritual is an inverse form of the Kafkaesque dilemma. It grants the writer admission to address his audience, but does not grant him permission to leave through it. 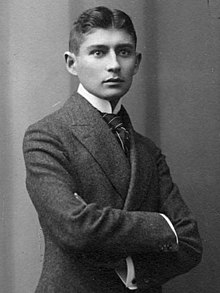 Ishiguro, with the characteristic gentleness of his prose, wonders how he could escape the room after delivering his lecture. He conveys a hint of worry about the situation. Of course, he knows some other door will help him depart. So his show of anxiety about the door is deliberate. He creates a literary moment worth pausing over.

Ishiguro’s remarks make him enter an allegorical field. The door takes on a symbolic significance. The fact that we cannot see the door adds to its mysterious stature. Ishiguro expresses his psychological angst by visualising himself trapped inside the room. The door that has ushered him into the most distinguished hall of literary fame works by a peculiar rule. It signifies the scheme, or law, that guards the reputation of the Nobel Prize. Just as in Kafka’s parable, the door you are denied is not just one. There are many doors. Ishiguro mentions doors. There is a labyrinth. Is it the labyrinth of power? By withholding the freedom to exit, the academy makes the writer confront something larger than him: the law of literary sanction.

It appears the academy seeks to entrap the writer within his/her fame. In this case, the specific fame of being a Nobel Laureate. The door opens to welcome the writer to his newfound reputation, but the door shall not open again to ensure his departure. The law of the academy, symbolised by its door, proclaims absolute ownership. It gifts you along with fame, a corresponding paranoia of being encaged for good.

Ishiguro instinctively realises, being a good reader of Kafka and also of Jorge Luis Borges, he will have to spend the rest of his life within the labyrinth through which he passes. Even if he goes out of the building, the doors he entered from will always remain shut. All the doors are the same, performing the same function. Perhaps they even look the same. To give the lingering impression and memory of a single door that does not open twice for the same person. The writer is trapped in a maze of likenesses.

Ishiguro imagines the doors locked for him, forever. The doors follow a law that is in place precisely so that he may enter and so that he cannot leave through them. Ishiguro feels intimidated by the doors and he realises he has no power over them, to change the law. The law of literature and literary reputation is similar to his predicament. Once you enter the field of language, it claims you with open doors. Soon you are lost in the maze of words and are entrapped. There is no leaving the house of language, or the Swedish academy that honours your presence and claims your future. It is a transaction where the writer does not dictate, but simply follows, the law. Ishiguro thinks of escape, only to realise it is too late. He goes ahead to deliver the lecture he’s prepared for the grand occasion, forgets about the doors, as the audience claims his attention.

It is possible in literature to imagine Ishiguro does not experience this paranoia as himself. There is Ishiguro, the writer, who works in solitude. There is the other Ishiguro, just as the other Borges, “to whom things happen”, as Borges wrote in Borges and I. The other Ishiguro is the one who traverses between languages, English to Japanese. “I still speak to parents in Japanese. I will switch back into Japanese as soon as I walk through the door”, he had said, in conversation with Gregory Mason in 1986. It was the other Ishiguro, the Borgesian self, who walked through the doors of the academy to deliver his Nobel lecture.

That other Ishiguro is the one who is trapped forever in the memory of the door that shall not open for him again. While Ishiguro, the writer, is back to his life and writing, the other Ishiguro remains trapped inside the door, wondering how to get out.