Essays on how Chughtai was perceived show how impossible it was to ignore her, and how her work had the power to capture the reality she witnessed. 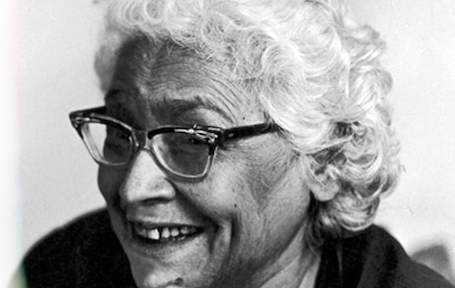 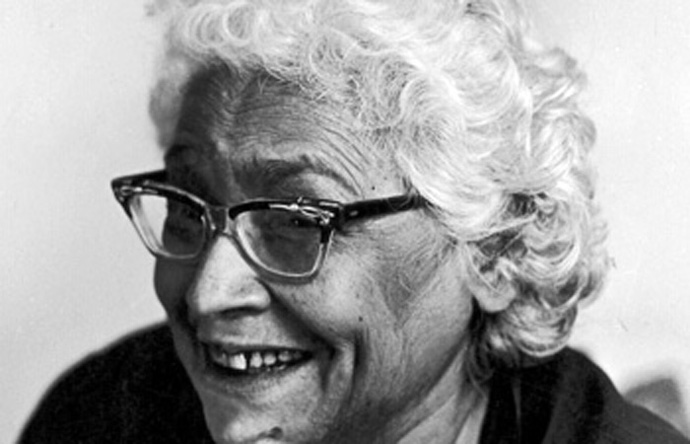 Ismat Chughtai is considered one of the “four pillars” of the modern Urdu short story, standing alongside Saadat Hasan Manto, Krishan Chander and Rajinder Singh Bedi. Born on August 15, 1915, she remained an important literary voice almost till her death in 1991, although Alzheimer’s disease limited her work from the late 1980s.

Chughtai’s work fit into no pre-conceived narrative and she published short stories, novels, sketches, plays, reportage and radio plays. She also wrote stories and dialogues for films, including for her husband, the Hindi film director, Shahid Lateef. Among others, she wrote the story of Garam Hawa, the iconic film on Partition starring Balraj Sahni.

A frank and outspoken person, Chughtai was a thorn in the side of those who wanted to keep people – especially women – in their place. Charged with obscenity for her short story, Lihaaf, her response, both witty and biting, brought out not just what writing meant, but that women had at least an equal place in it.

Also read: How Ismat Chughtai Stood Up for Freedom of Speech

In a new book titled An Uncivil Women: Writings on Ismat Chughtai, writer and translator Rakhshanda Jalil has curated a number of essays on how Chughtai was perceived. The essays highlight how central, annoying and impossible to ignore Chughtai was, and how her work had the power to capture the reality she witnessed so well.

We have reproduced some of the passages below:

A World of Laughter and Lessons, by Syeda S. Hameed

In many of her stories, Chughtai has used a child’s lens. My first translation, in 1985, of Lihaf (The Quilt), published by Kali for Women, helped me realise how well she used this tool to tell a story, one which would shake up her world and later our own.

Many years after Lihaf, when I translated Gainda (Marigold) for a collection called Parvaaz, an anthology of short stories by women themes of sexuality. But Teen Anari is a different story altogether.

The lens is set aside and her focus is straight on the children. It is a story for children, featuring children, but not exclusively for them. It is for people of all ages. It is pure fun that knits together generations; but it has another element that is woven skilfully into the story without disrupting the fun: Chughtai is saying, “Well, if you read my stories, then let them also teach you something new, something that will help you understand the world around you”.

Utter boredom looms during the three-month holiday. “It seemed as if bags of wet sand had slipped off their shoulders and now like empty boxes they were rolling here and there.” Suddenly, an idea is born. Kakku, being the wisest, suggests they stage a play. It will be the very best, like the one Kummi Apa took to the Delhi youth festival. Of course, it will be ticketed, the implication being that there will be a clamour at the box office. The biggest snag in doing a play is that every play needs a princess. And who would that be?

Azra and Parveen are out of the question, the boys make a firm and unanimous decision. Although both girls have their glittering, almost-new Eid clothes, no one could tolerate their tantrums. 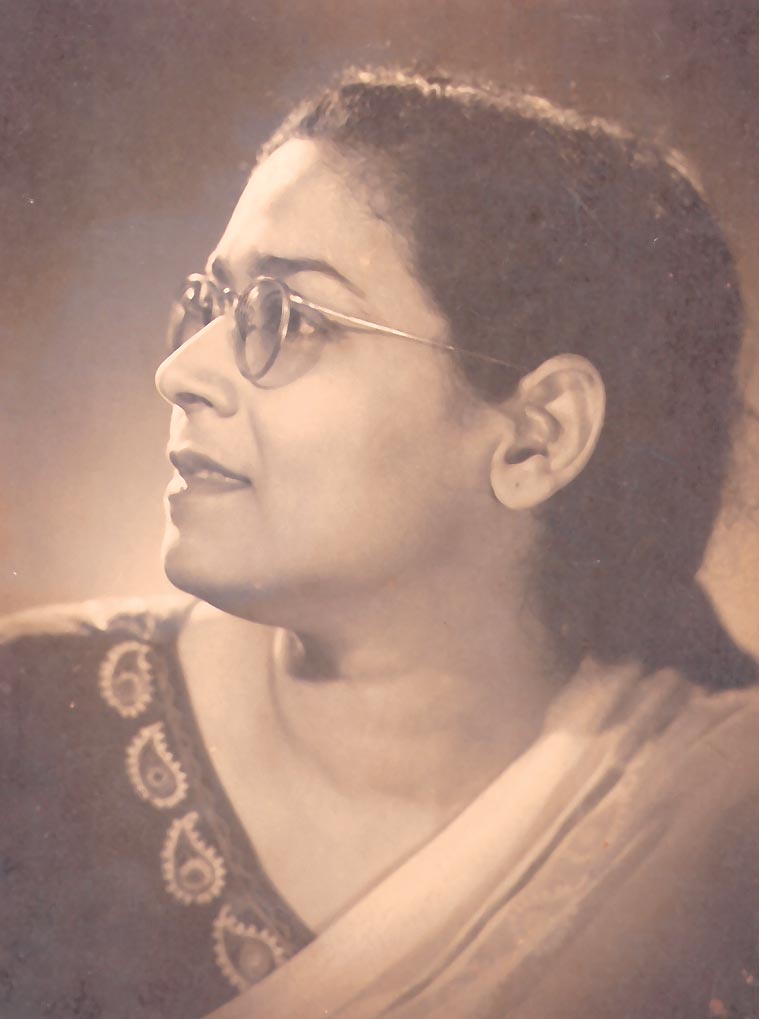 Casting one would mean the other would play the sore loser. Right at the climax, the one left out would shout, “She is no princess, she is Azra, petty thief who stole my doll’s new pyjama,” Azra’s cue to tear off her tinsel crown and pounce on the other. The result, a free for all, boys and girls diving into each other on the makeshift stage, and it would be left to the domestic staff to separate the warring tribes. Given this danger, the decision to exclude the girls was irrevocable. No girl would be allowed to come near the play.

Kakku offered to play the princess. If need be, he would double up as the prince, and if need be, also triple as Kala Deo (black ogre).

On the final day, the stage is set. Tickets are sold after much haggling with aunts, uncles, grandmothers and servants. All the chairs in the house are rounded up in the courtyard. The actors are in costumes consisting of old discards, some on account of their tackiness, others for smells of old unguents which refuse to go away.

With much fanfare, the play begins. Props are brought out in the form of one plate of grapes, which the princess is offered and which she accepts after much reluctance and refusal. As it happens, the performance outdoes the rehearsals, at which, instead of grapes, lowly biscuits had been used. Not only do the three multitasking stars dive for the plate of grapes, they fall in a mess of limbs in the arena. The show is universally declared a flop. While the beleaguered audience demands refunds, the irritated Sufi Aala jumps in the fray with her reed cane and hits out indiscriminately. Daadi (grandma) pronounces fatwa, declaring that if anyone ever tries to stage another play in the house, she will break open her own head and leave forever. What is left for the three to do but sit sadly on the steps of Taj Akbar, blaming one another and ruing the fate of the play?

On the evening of October 24, Padma Sachdev phoned to inform me in a choked voice, “Ismat Apa has passed away”.

Padma Sachdev’s grief is an indication of how much those who personally knew Ismat Apa loved her. However, the same evening, half an hour later, when Doordarshan announced her death in the English and Hindi news, they showed a photograph of her mother instead. Needless to say, had she been a raucous political leader, a big industrialist, or a glamorous film personality, could Doordarshan afford such an oversight?

The next morning, the newspaper reports only mentioned her story Lihaaf. Nowhere was it said that she had been one of the pioneers of the Progressive Writers’ Movement and one of the founders of the new Urdu short story. Her exceptional short stories, Nanhi ki Naani  (Nanhi’s Grandmother), Chauthi ka Joda (The Fourth Day Outfit), Bichhu Phuphi (Aunt Bichhu) and Bhedein are examples of her profound humanism. According to Dr Sughra Mehdi, towards the end of her life, Ismat Apa was extremely distressed by the fact that people remembered her only for Lihaaf and totally ignored her other short stories depicting the plight of old, helpless women and the oppressed, as if Ismat Chughtai and topics related to sex had become synonymous.

It is true that in the initial stages of the Progressive Writers’ Movement, when these new writers were trying to rouse an inert and insensitive society, Manto and Ismat Apa wrote short stories for which they had to face obscenity trials. Both these writers, who had a revolutionary outlook, were successful in their mission to a large extent – that is to say, they created a stir in a society that practised double standards.

When Ismat Chughtai’s name started appearing in magazines, the debate over the Progressives had become fairly old. Some people had become bored by this debate; some had become tired.

These people formed two big groups. The first group was the advocate of art for art’s sake, the second a champion of art for the hereafter’s sake.

The first group’s objection against progressive literature was that it had neither the flavour of love and romance, nor the colour of lips and cheeks; it had neither coquettish maidens nor poetry loving youths with dishevelled hair. “Get these progressives out of my sight. What is there in their stories except the presence of wretched and stinking labourers. They are bloody political mullahs. They have appropriated all exclusive rights of preaching. Do they see anything other than capitalism, feudalism, and society’s oppression? Neither Lawrence Bagh nor flirtatious exchange with cousins, neither shapely arms nor rosy cheeks.”

The members of the other group said, “See, didn’t we tell you, this progressive thing will result in something. Leave alone men, women are even worse. That Lihaf (The Quilt), did you see, it is the sure result of the advocacy of shamelessness and brazenness. What else was expected?”

Both these arguments did not work. Ismat Chughtai did not accept Progressives as her rivals or the patronage from the group supporting art for art’s sake. The Progressives also did not consider it proper to distance themselves from Ismat Chughtai to gain recognition from the champions of art for the hereafter’s sake.

But there certainly grew some curiosity in people about Ismat Chughtai.