There was nothing conventional about Gandhi, and the fundamental questions he raised will not be wished away by conventional wisdom. 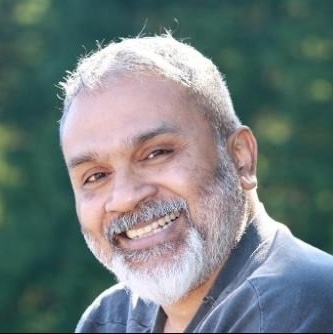 The following is an excerpt from Reading Gandhi in the Twenty-First Century, by Niranjan Ramakrishnan (Palgrave Pivot, Palgrave Macmillan, 2013).

“Mahatma Gandhi was OK, but he was no Manmohan Singh,” remarked a friend of mine. I laughed out loud at this deadpan humour, only to realise that my friend, a smart and successful technology baron in Silicon Valley, was serious. He genuinely thought that Gandhi’s contribution was merely to freeing the country from the British, and that Singh, who as Indian finance minister had freed the Indian economy from governmental shackles in the early 1990s, thus ushering India into the global economy, was clearly the larger figure.

This is a notion shared by increasing numbers of the intelligentsia, both in India and abroad. To many, Gandhi is no more than a goodygoody icon who talked about nonviolence and held Luddite views on industry and trade. True, he may have been honest and upright, but then those were different times.

Some (mistakenly, in my opinion) associate Gandhi with India’s pursuit of economic protectionism after independence (a policy followed by his associate Jawaharlal Nehru) and hold Gandhi responsible for India’s perceived backwardness. Others consider his approach to Muslims and Pakistan naive and gullible. All in all, they conclude, the coward who shot him in 1948 did India a favour, for Gandhi would have been an albatross around our modern necks. In a world where terrorism lurks at every corner and smartphones sit in every pocket, Gandhi is passé.

As I watch world events unfold, Gandhi’s life appears increasingly relevant. With each passing day, his words and methods seem even more uncannily prescient. Gandhi had numerous interesting and formidable personal characteristics— prodigious courage both physical and political, enormous self-discipline, asceticism and industry (more than a hundred volumes of writings and twenty-hour days), a fine sense of humour, and the ability to laugh at himself—that must have played a major role in the making of the Mahatma. But if I were to condense his political philosophy into one phrase, it would be this: the freedom of the individual.

Gandhi saw that millions had lost their livelihood because the British, in a former era of globalisation, had systematically destroyed India’s cottage industries to create a market for the products of the Industrial Revolution. Gandhi was the chief architect of India’s revived cottage industry. Although this was a magnificent achievement in itself, even more telling was the way he brought it about. He did not run complaining to the British government, asking it to reduce exports to India. Instead, he mobilized people to buy Indian-made goods. Huge bonfires of foreign cloth resulted in the handspun Indian fabric khadi replacing foreign mill-cloth to become, in Jawaharlal Nehru’s words, “the livery of India’s freedom.”

To have demanded something of the government would only have increased its power. Gandhi instead chose to empower each individual to make a statement by shedding foreign cloth and wearing khadi.

Gandhi was an exponent of “demand-side economics.” This was a much longer and more arduous path than supply-side economics, but a more enduring one, and one with fewer deleterious side-effects. He believed that, ultimately, the only guarantee of good society lay in the quality of the citizenry. Benjamin Franklin’s famous reply upon being asked whether the United States had a republic or a monarchy—“A republic, if you can keep it”—approximates Gandhi’s belief. A society with no demand for cigarettes, for instance, would soon stop manufacturing them. Gandhi believed the gift of liberty carried with it the utmost moral responsibility for its use.  He always connected individual morality and public policy.

Consider the drug war, for example. We do practically nothing to discourage the taking of drugs. Instead, we pour money into drug interdiction efforts, change foreign governments, denude entire countrysides, and fight endlessly (Panama, Colombia, Peru) because we don’t have the guts to demand the highest of our own citizenry. Gandhi was unafraid of public opprobrium, even assassination. Every politician is willing to tell us what is wrong with someone else; Gandhi was different because he told us what was wrong with us. “Let us turn the searchlight inward,” he once said, to the astonishment of a crowd that had gathered to hear some rousing rhetoric condemning the British, only to find him spouting uncomfortable home truths about how Indians themselves enabled British rule in a hundred small ways.

If we turn the searchlight upon our own contradictions, we might wonder how, while complaining about the disappearance of our forests, we continue to build new housing developments (and prize this as an index of economic health

[L]ooking around us there is certainly plenty to argue that Gandhi may be out of date, even out of place, in our current context. A world infinitely more complicated, connected, and conflicted than in Gandhi’s time hardly seems the venue to advance his prescriptions of smallness, localness, and self-restraint. Before talking about where we go from here, therefore, it is fair that we examine some key elements of the “Gandhi is passé” meme.

The first is often explained away as a third world phenomenon, with hopes expressed that suitable regulations and cultural recalibrations will provide a suitable corrective. In the matter of the environment, media-led campaigns such as “Reduce, Reuse, Recycle,” along with technological advances such as resorting to nuclear power, are expected to do the same.

It is not necessary to pit Gandhi’s arguments against every single technological advance or scientific innovation, any more than we need to test Newton’s laws for every new material or shape. For Gandhi, it was in the end an eternal and persistent question: “How does one live ethically?” No technology can alter the fact of life, birth, and death. Until one faces up to this fundamental issue of human existence, everything else is a mirage. Distinct from most politicians, he disdained the promise of endless material gratification. More fundamentally, he had grasped early in life that there could be no technological answers to essentially moral questions, a notion he reiterated often: “The evil does not lie in the use of bullock-carts. It lies in our selfishness and want of consideration for our neighbours. If we have no love for our neighbours, no change, however revolutionary, can do us any good.”

All the arguments listed earlier questioning the practicability of Gandhi’s ideas are true in a limited sense, some of them even obvious. The “obvious” is inertia’s customary resort against the trouble of changing for the wiser. I use the word “obvious,” too, because Gandhi can be classed with Galileo or even Einstein in the way he kept on challenging the conventional wisdom. As anyone originating a new paradigm must seem, Gandhi often appeared to be unrealistic, if not unreal. A man leading a population of 300 million facing a foreign ruler of infinitesimally smaller numbers declared that he would rather go without his country’s freedom than have it won by violent or deceitful means. A man who had guided his ancient land of freedom in a manner unprecedented in history chose to observe the day of independence not by whooping it up in the capital city, but by fasting half way across the continent to bring peace among rioting factions. A man whose intelligence and business acumen could have made him a top industrialist saw instead the depredation set in motion by industrialism and spoke out against it. There was nothing conventional about Gandhi, and the fundamental questions he raised will not be wished away by conventional wisdom.

Some time ago, the Indian socialist Rammanohar Lohia wrote that the twentieth century had produced one innovation, the atom bomb, and one innovator, Mahatma Gandhi. As paranoia and insanity sweep our times, Lohia’s terms come into sharper focus: fear versus freedom. In this consequential contest, Gandhi is not merely relevant; he is central.

Niranjan Ramakrishnan was a long-time contributor to Counterpunch and Countercurrents and his work has been carried by Z-Mag, Common Dreams and Dissident Voice. Among the print outlets that have featured his writings are The Oregonian, the Indian Express, The Hindu, India Today and the Economic Times. His first book, Bantaism – The Philosophy of Sardar Jokes (2011), was hailed for its audacity by noted author and historian Khushwant Singh.