Diksha Basu, the author of The Windfall, talks about her acting career, her time in Columbia University and the decision to write about India. 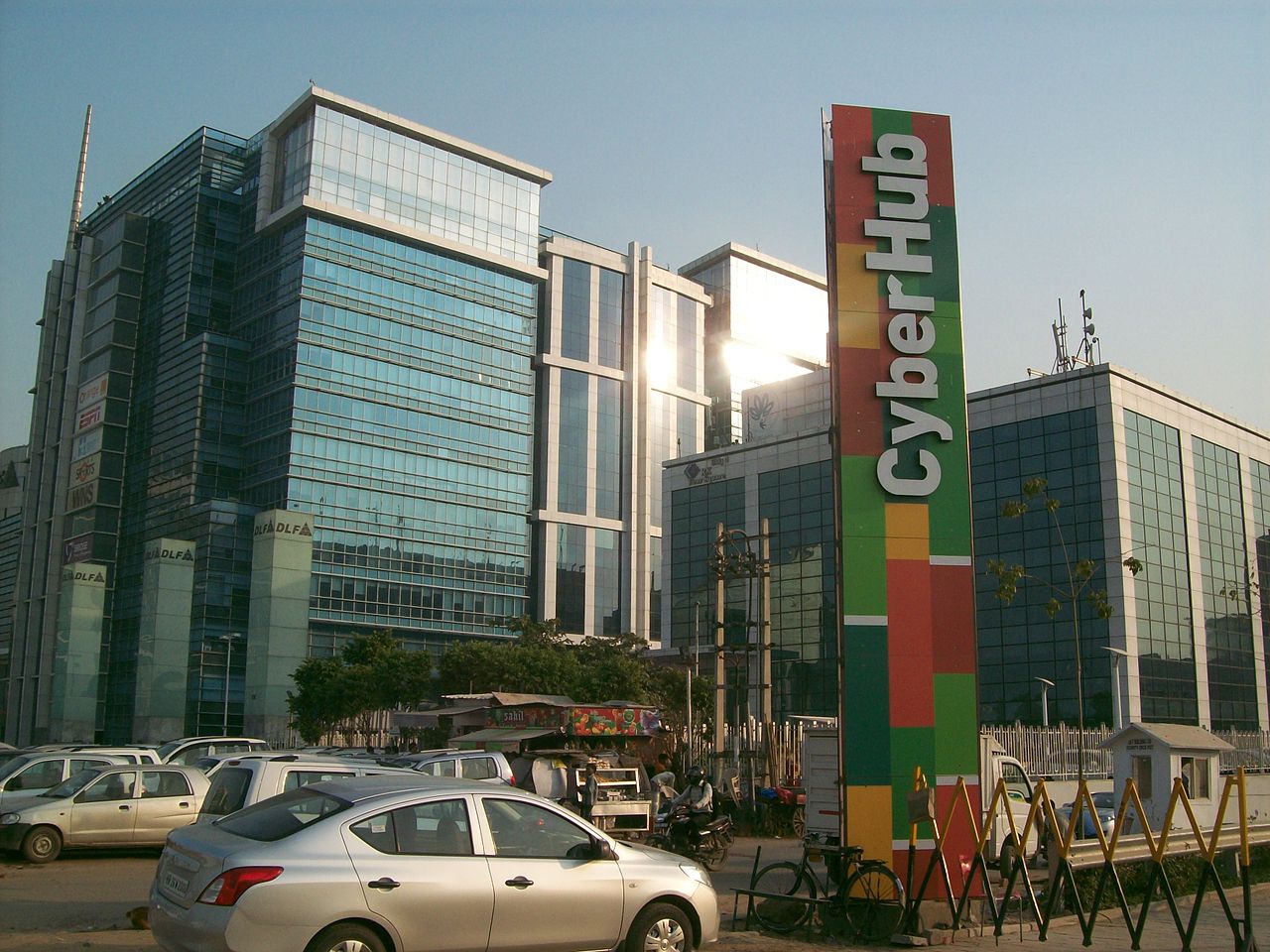 The powerful first sentence of Leo Tolstoy’s Anna Karenina, “Happy families are all alike; every unhappy family is unhappy in its own way,” could conceivably have been what Indian-American writer Diksha Basu had in mind while writing her hilarious, razor-sharp debut novel, The Windfall, set, for the most part, in a swanky section of Gurgaon. It tells the story of Mr and Mrs Jha, a quiet, middle-aged, middle class couple who come into a large sum of money – the aforementioned “windfall” in the book’s title. The book is a shrewd and unstintingly funny story about the neuroses of New Delhi’s 1%.

Written in a language that is neither too flowery nor sparse, The Windfall is a well-observed quotidian account of life in New Delhi, which actively subverts othering tropes of performative or exoticised storytelling. For instance, in the section below, Mr Jha’s surly son, Rupak, who comes home from college in the US, wonders how to best describe his unremarkable, middle-class childhood to his American girlfriend:

“When he was young, they had no air conditioner, only a loud cooler that sat outside the main window in the living room and did little to actually cool down the apartment. Their television had no remote. His India was neither rich nor poor. There were no huge homes and elaborate weddings, nor were there slums and water shortages and child laborers. The middle ground was too confusing to explain to an outsider. It was neither exotic enough nor familiar enough.”

Originally from New Delhi, Basu moved to Ithaca, New York, as a teenager with her family. She went on to receive a BA in economics from Cornell University. She also has an MFA (Master of Fine Arts) degree from Columbia University’s School of the Arts, and started writing her book while attending the workshops, seminars and lectures that comprise the school’s rigorous curriculum. Basu now splits her time between New York and Mumbai. She is an actor, and it is easy to make out the influence of Satyajit Ray – whose films she grew up watching – in The Windfall, which was recently optioned to be developed into a TV series. 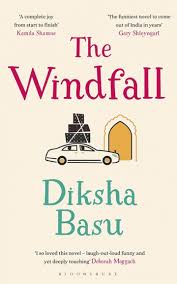 I met with Basu just prior to the Indian launch of The Windfall, in a trendy neighborhood of Brooklyn, where she lives with her husband and their infant daughter. In conversation, she is self-reflexive, open and warm, just like her writing. We talked about books, films, the MFA, agents, mentors, and about living and writing across two continents.

Lets start off this interview on a very light note and talk about rejection. How do you handle rejection? What did you do to keep yourself motivated?

I had the good fortune of acting before writing and those rejections can be much more brutal so that helped me develop a thick skin. When you’ve had someone look you up and down and say to your face, “No, that won’t do,” a polite rejection letter from an editor is a lot easier to stomach.

And the clichés are true – while I love seeing my work published, the primary joy is in the actual writing and that has nothing to do with rejection – that is just me, alone, with my laptop, creating characters and worlds. Rejections hurt but then you come back to the page and that’s where the happiness is. If I ever get to the point where the actual writing is no longer satisfying, I’ll know it’s time to stop and find something else to do.

You had a blossoming acting career before you became a writer, what made you want to switch? How has acting informed your aesthetic as a writer?

I love acting but I was sick of having no control over my own career and life – I was forever waiting to be given opportunities to act. Even when I was actually acting, I was mostly just waiting – I was working on a film and sitting in my trailer for endless hours a day in order to shoot for just a few minutes. There’s a real hierarchy on film sets and the most famous actor’s time is valued the most. With writing, all I needed was a laptop.

The reason I am drawn to both acting and writing is the ability to live many lives in this one life we have.

Who were your biggest influences in the MFA program at Columbia, and now in the larger writing world in general?

I loved the MFA at Columbia. I had some wonderful and inspiring professors – Gary Shteyngart, David Ebershoff, Alan Ziegler, Heidi Julavits, John Freeman, Donald Antrim – God, the list is endless. And I had the chance to work with some incredibly talented classmates – Crystal Hana Kim is a writer I really admire and I also get to call her a friend, thanks to the MFA. Her incredible debut novel, If You Leave Me, will be published next year and I’m very excited about it. There are so many others from the MFA who are now out in the world making waves – Emma Cline, Matt Gallagher, Sara Novic, Lauren Wilkinson, Zinzi Clemmons – I feel fortunate to have been surrounded by such talent.

The MFA forced me to be disciplined about my writing – sure, it’s a creative process but at the end of the day, you need to finish an essay, a short story, a book. That’s the first step and by being forced to submit during the MFA, I learned that at some point you have to declare a piece finished. It’s easy to claim “art is never finished” and mope around and never get done but the first step to getting published is finishing something and not just hiding angrily and arrogantly behind the mask of a troubled writer or a troubled artist.

As for the larger writing world, I’m inspired by every single person – it is such a difficult profession and industry and I am in awe of all the writers, agents, editors and publishers. Writing is so isolating and lonely (and it needs to be) but bringing a book into the world, much like a baby, really does require a village, a village of extremely talented and passionate people. 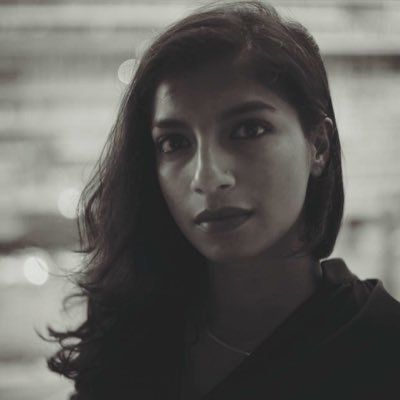 The Windfall and Karan Mahajan’s An Association of Small Bombs came out almost back to back– both novels are about Delhi – but they’re very different iterations of that city – do you think it signifies a tectonic shift in US publishing, that agents and editors are open to multiple literary representations of Indian society?

I think Karan’s book helped pave the way for mine – his novel came up in almost all the publishing meetings I had. It also helps that readers have evolved and are no longer looking for only the exotic Indian novel or the immigrant novel.

One of the things I really love about your novel, and Mahajan’s novel as well, is that you seem to push back against any contextualisation or Wikipedia-style exposition for readers who’re not familiar with India. Was that a decision you made early on?

This continues on from my previous answer in a way – readers around the world already know a fair bit about India now so we don’t need to explain things.

Also, I was never writing with a specific audience in mind. I was writing for myself and my loved ones. I never thought a novel like this would have such a wide and global audience and that freed me to not worry about how I was presenting things or what pre-existing knowledge I was expecting of my reader.

In these highly partisan and politicised times, political discussion and class warfare are conspicuously absent from your novel. What made you decide to take that call?

I actually think there’s a lot of political discussion and class warfare in the novel but not explicitly because literature can get terribly earnest and dull when it tries to do such things explicitly. That is not the kind of literature I’m drawn to reading and certainly not the kind I’m drawn to writing. I leave that to the realm of non-fiction. If I know the writer is being clever and trying to pass on big messages and life lessons, I switch off very quickly. And in any case, it’s hardly as simple as saying rich is bad and poor is good – successful fiction is about small, tightly-woven stories about complex individuals.

Can you talk a bit about finding your agent and how he helped shape your book?

I decided to ask for help from faculty members who knew my work well. I had taken a few classes with David Ebershoff and I emailed him asking for advice. David immediately replied with a list of agents he thought would like my work and suggested I query them specifically.

I did and I was fortunate enough to get more than one offer for representation. The offers followed similar patterns – an editorial note with an offer to continue the conversation on the phone. Then, after a long and useful call, an in-person meeting – either over lunch or in an office.

At this point, when I had more than one offer, I asked a published writer friend for advice and she said to pick an agent who didn’t intimidate me. As I tend to do, I ignored the well-meaning advice completely and picked the agent who intimidated me the most, and I am so glad I did. Adam Eaglin at the Elyse Cheney Agency intimidated me enough that I knew I wouldn’t miss deadlines. Of course that wasn’t the only criterion. Right from our first email interactions, Adam also seemed to really understand my work; he was supportive while also being critical when necessary, and his feedback transformed how I saw my book.

Over the next two years, I worked closely with him to turn my collection of stories into a novel. Adam is a very involved agent who patiently reads drafts and responds with detailed editorial feedback. In addition to his editorial role, Adam seems to know how to handle my personality well while giving me feedback – he knows when I’m starting to fade and need encouragement.

It’s been almost three years now that I’ve been working with him and he’s become a friend along the way, in addition to being my agent. Although, come to think of it, I don’t hear him call me a friend quite as often as I do.

What are you working on next?

Naheed Patel is a graduate from the MFA program at Columbia University School of the Arts. She is working on her first novel, and tweets @naheed_patel.