Through the emerging trend of Indian housewives uploading vlogs of their daily routines to YouTube emerges an increasing awareness of the unfair gendered expectations of Indian middle-class womanhood.

A YouTube screengrab from a vlog posted by 'My Village Life Tina'.

‘I am pregnant’— the title of the YouTube video screamed in all caps. As I press play, the screen fills with the face of a rosy cheeked young woman in a nightie. She is schoolgirl pretty. Face flushed, she rambles on for long minutes before announcing the good news.

Tina, the host of the channel, is a housewife based in a village in West Bengal. Her YouTube channel, ‘My Village Life Tina’, where she posts videos of her daily routine of housework, cooking, and caregiving duties, has more than 156,000 followers.

Middle-class Indian housewives like Tina are among a growing breed of Indian YouTube vloggers, from across the middle classes (lower to upper middle class, and rural to urban) who bring to their followers the drudgery of unending housework and caregiving. These vlogs have been inspiring women from similar backgrounds, mostly other housewives, to enter the space of content creation. Their vlog channels have become complete ecosystems in themselves, standing in for missing support networks in the lives of many viewers. The women discuss everything from their marital problems to the general tediousness of their lives while documenting the sameness of each day. In that sameness, they make visible the invisibility of care work and their role in it.

There must be hundreds of these daily routine vlogs by women who stay at home – women who have never worked but wanted to or women who have given up work after marriage and children, according to their own admissions in these vlogs. Some of them are educated, some even highly-educated, but their lives now are just a maze cooking, cleaning, and serving their husbands and families.

Also read: How Gendered Labour Was Hard-Wired Into Upper-Middle-Class Households 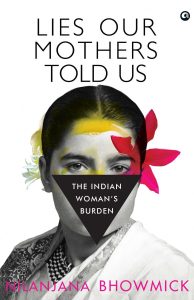 They have hundreds of thousands of followers who watch their vlogs where they chronicle their daily lives, which consist of long hours of looking after their families. These vlogs are immensely popular – the majority of the audience appears to be other housewives, as I gathered from reading through comments, women who draw strength from knowing others are going through the same trials as themselves – the comments sections of these vlogs are ample proof of that.

The content of these vlogs also presents a striking sociocultural exposé. They take us right into the heart of an Indian family, usually a space that is closed and guarded, where outsiders are not allowed.

With each of her episodes, Tina lets viewers into her world without any compunctions; she shares every small detail of her life. There are episodes where she attends weddings or visits her relatives, shares her beauty routines or a challenge she’s facing with one of the family members. But most of the content is about her daily life as a housewife – minutes of footage of her cooking, cleaning, or helping her mother-in-law cook and clean. Her day starts early and the grind continues until late at night.

In early 2022, Tina’s YouTube channel had thousands of subscribers. Hers is not a one-off success story, but part of an amazing feat achieved by many middle-class Indian women, one that has created a living document of gender roles within our homes, the unequal distribution of housework and caregiving, and the secondary role of women in their families.

These women, in their 20s, 30s, 40s, are all middle class housewives, who fill up their followers’ screens daily with their mops and kitchen knives, sweating it out in the kitchen, washing and drying clothes, sweeping and mopping and being constantly at the beck and call of their family members, serving their husbands and children – every day. But if you look beyond the shaky videos with choppy transitions and the amateur voice-overs, you will hear the story they are telling.

Do these women know they are documenting the daily misogyny of Indian families that finds place in annual gender parity reports in terms of alarming statistics but has never been worthy of sustained outrage?

But what drives them is a deep sense of injustice that often boils over into their videos. And of course, in their lives with limited choices, these videos have brought a lucrative economic opportunity like no other. With hundreds of thousands of followers, the women don’t just earn from YouTube ads every month but also from product placements.

It was early 2020 when I chanced upon these housewife vloggers. During one of my 3 am staring-at-the-ceiling moments, I came across a video by someone I thought was a mommy vlogger. But I was a little surprised because Payal, of ‘Simple Living Wise Thinking’, was not one of those sharply turned-out mommy vloggers, in perfectly matched clothes and make-up, sharing fitness, self-care, and parenting tips and tricks, speaking in perfect English or Hindi.

Payal seemed earthy and approachable, and simple. She spoke Hindi with a heavy Bengali accent and had no qualms about vlogging in her nightie, an article of clothing that screams middle class like no other. And Payal is the quintessential middle-class Indian housewife, although she lives in the United States. She is adorable in her simplicity and her acceptance of her life where she is solely responsible for housework and caregiving. It doesn’t matter that she lives in the US, where there is a semblance of equality between spouses when it comes to housework. She is often self-deprecatory and accepts the sheer drudgery of being an Indian housewife – solely responsible for cooking, cleaning, and child-rearing – with annoying compliance.

Payal’s daily routine vlog led me to Tina’s, and to many others like hers. Payal shares recipes, challenge videos, and some tips to better manage daily life but mostly her viewers can watch her chat away while she does her housework. Her videos opened up the world of India’s housewife vloggers for me.

Was I surprised by what I saw? Not really. I grew up in a middle class household. I keenly observe the lives of my mostly middle-class friends.

These women in nighties, cooking, sweeping, cleaning, sharing their beauty routines, sometimes advertising beauty products or clothes or kitchen equipment, their make-up loud, clothes sometimes garish and mismatched, sometimes pretty and simple, their conversations unrehearsed and often abrupt, are everywoman. They are great examples of the conservative modernity of India’s middle classes.

These videos are a living project, a testimony to how the majority of women in this country live, and the inequalities they battle with throughout their lives.

(Excerpted with permission from Lies Our Mothers Told Us, Aleph Book Company)