In 'Murder in Mahim', Jerry Pinto Pours Out His Anger, Without Being Didactic

The Sahitya Akademi Award winner's latest murder mystery thrills while engaging with perceptions of queer sexuality in India, questions of class and caste, and the lives of sex workers in Mumbai. You can read Jerry Pinto’s latest novel as a noir mystery that could only be set in Mumbai, a city upon which darkness sets but cannot completely settle. Or you could read it as a heartbroken, searching political study about the people that are sucked in and spat out by the city’s dark fissures. At its best, the novel can be read and enjoyed as a potent, deft mixture of both, with a tremendous amount of compassion engulfing but never completely overwhelming the voyeuristic, fearful thrill of a murder mystery.

The retired journalist Peter Fernandes and police inspector Shiva Jende, who made their debut in a story by Pinto in Altaf Tyerwala’s anthology Mumbai Noir, reprise their roles as a detective duo as they discover that a young man (called Proxy) has been found murdered in a toilet in Matunga station. This is only the first in a series of deaths, and Fernandes – with the dogged determination of an old-school reporter – uncovers the stories behind each one, uncovering layer upon layer of the city he has presumably called home all his life. Pinto uses his discoveries to give voice to his own anger about the consequences of criminalising queer sexuality in India and about inequalities of class and caste in a metropolis that is opening up to neoliberalism even while clutching on to its parochial obsessions. It is to Pinto’s credit that the curiosity, and the anger, feel genuine, and never preachy.

In an email interview with The Wire, Pinto answered some questions about the impulses behind the writing of the novel, and what he is working on next.

The lives of sex workers are treated with as much contempt and moral hypocrisy by many writers of fiction as they are in reality by large swathes of mainstream society – but it is treated in Murder in Mahim with a rare sensitivity.

Thank you for saying that. It seems to me that we are often, as middle-class people, fascinated by the lives of sex workers. There is always the young man who wants to ‘just talk’ to a sex worker. There is the courtesan and the geisha and the tawaaif, all these words with which the commerce is disguised. But underneath it all is the patriarchal construction of society, one that says: our needs must be met but when they are met, we can treat with contempt those who meet them.

I’d like to tell you a story. Every year at the Social Communications Media course I teach at the Sophia Polytechnic, we do a magazine and the students must choose a subject. One of them, Neeharika Kapre, said she would like to interview a sex worker. I said: “No, you can’t because you’ll just invent it.” She said, “What if I bring her to meet you?” I said, “Then of course you can.” And two weeks later, Ms Kapre burst into my class and said, “Please come, I’ve brought someone to meet you.” There in the staff room of the SCM department was a young woman with a man and a child. It was indeed the sex worker Ms Kapre was interviewing. I chatted with the woman who said, “It is not good to be so suspicious of one’s students,” which put me in my place. I asked if the baby was hers. She said, “No, the man and the baby are on hire.”

I thought she was being sarcastic but she meant it. As a sex worker, she has learned that it pays to have some protective camouflage when she is not working and so she would get a baby and a man and pay for both when she was going out.

That’s why I always say: teachers probably get more out of classes than students do.

But we were talking about male sex workers.  For men, things are very different. On the internet, dozens of young men offer themselves to women for sex. This is the obverse of desire. How would it be, I suspect these young men are thinking, how would it be for someone to want me enough to pay for me. To have sex and to make money! What a combination that would be. Most of this is wishful thinking and it does not take into account how one will be judged as a commodity among many others when one actually makes an offering of the self.

Lower down on the hierarchy of sex work – and this hierarchy like so many others is a male construct which haunts our society – is the man who will sell his body to other men. Here again, a hierarchy: the active is seen as higher in value than the passive, the panthi over the kothi, that kind of thing. 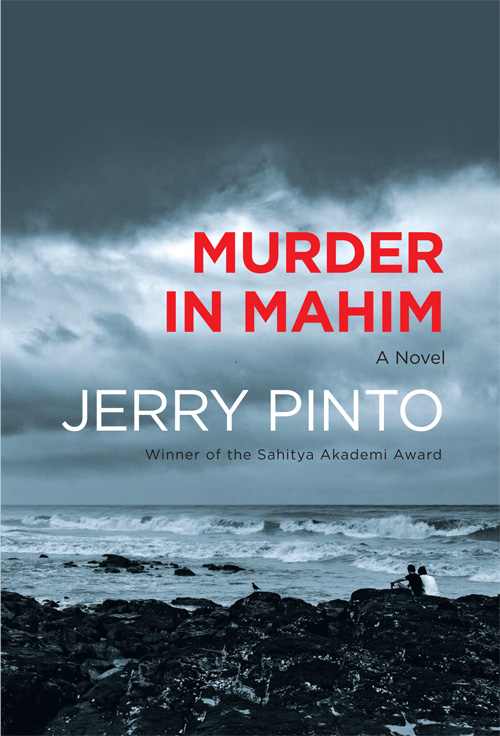 Another horribly deployed trope is that of the flamboyant queer man. Leslie, though, in your novel is not just his queerness or his flamboyance – and he is not the only queer character, including those that are not flamboyant. Were you thinking of ageing and loneliness when you wrote this character, and were you nervous about the way you wrote him?

Character making is the greatest fun a writer can have; it’s the nerd version of an adventure sport. You get to conjure people up with words; you can fill them with what you want to say. But you must now do the work: backstories, motivations, speech patterns…and then there is the Scylla of the Stereotype and the Charybdis of Over-determination. Leslie was difficult because he is of a certain age, a mature man, an Indian man, and we do not age well, nor do we age gracefully, with of course, certain exceptions. Then there are his hurts and his scars.

So yes, I suppose there is the terror of loneliness, the over-compensation of flamboyance. Because many of the flamboyant people I know are terrified of the silence that follows all the grand-standing.

For me the two most unexpected characters in the book are Peter and Jende – the curious, compassionate father who is grappling not only with a string of murders, but also with the idea that he may have made some mistaken assumptions about his own son’s sexuality, and the Indian police officer strives to do his job faithfully despite difficult circumstances.

Indian masculinity is toxic, as you say, and growing up in the toxicity of this construct, we have our own chamber of horrors. And yet there are men who have mattered to all of us, a father sometimes, a brother, a teacher, a lover, a friend. They balance the world out for us, and though they are often flawed and curiously given to backsliding into patriarchy, I believe men can be saved from themselves. I believe this about myself and I believe it about my characters.

Your research must have uncovered how the Supreme Court judgment upholding the validity of Section 377 may have unleashed new horrors on working class, queer, sex worker sub-cultures in Bombay?

‘Homo sum; nil humani mihi alienum’, the poet Terentius said; or “I am human; nothing human is alien to me”. This is a beautiful saying but it is also a challenge. If I accept into the embrace of the human the likes of Mother Teresa and Dr B.R. Ambedkar, on the other side, I must accept that Adolf Hitler and Pol Pot are also part of our continuum.

And this is what we are: a parade of possibilities. In the Bible, Moses asks God who speaks and God says: I am that I am. It is a fine definition of what God is. It is also a warning that all the rest of us had better be careful with self-definition. We are not what we are. We only inhabit a possibility for a short period of time and often, we’re not even in control of how long we’ll be there. You are only what you are as a result of the interaction of so many forces; your parents, their parents, your languages, your abilities, your genetics, your privileges. That you could be some other way tomorrow may seem unforseeable and unimaginable but it often happens.

What moves me generally is the untold story, the many silences that surround our lives as Indians.

The language of your novel is complex. On the same page that characters say slurs like ‘gandu’ and ‘randigiri’, you – via Peter – refer to sex work and queer sexuality. It is hard to do this without being didactic. How did you manage?

This is a very interesting question. I am going to think my way out of it because I haven’t thought of it before but yes it is important to find the line to walk in a novel…

I think I was very angry when I wrote the first draft of the novel. This is a good place to be because it sends fuel pouring down into your pen. You want to say this, you want to say that, you need to also point this out. But it is also a place where great self-indulgence is possible because you want to throw everything into the fire of your anger. That doesn’t make for good writing because the aesthetic has its own set of concerns which are completely outside the emotional state of the writer. And then comes the terrible, terrible recognition that it does not matter what the writer feels; it matters only what the reader feels. Then begins the hard work of actually carving out a book from a rant. 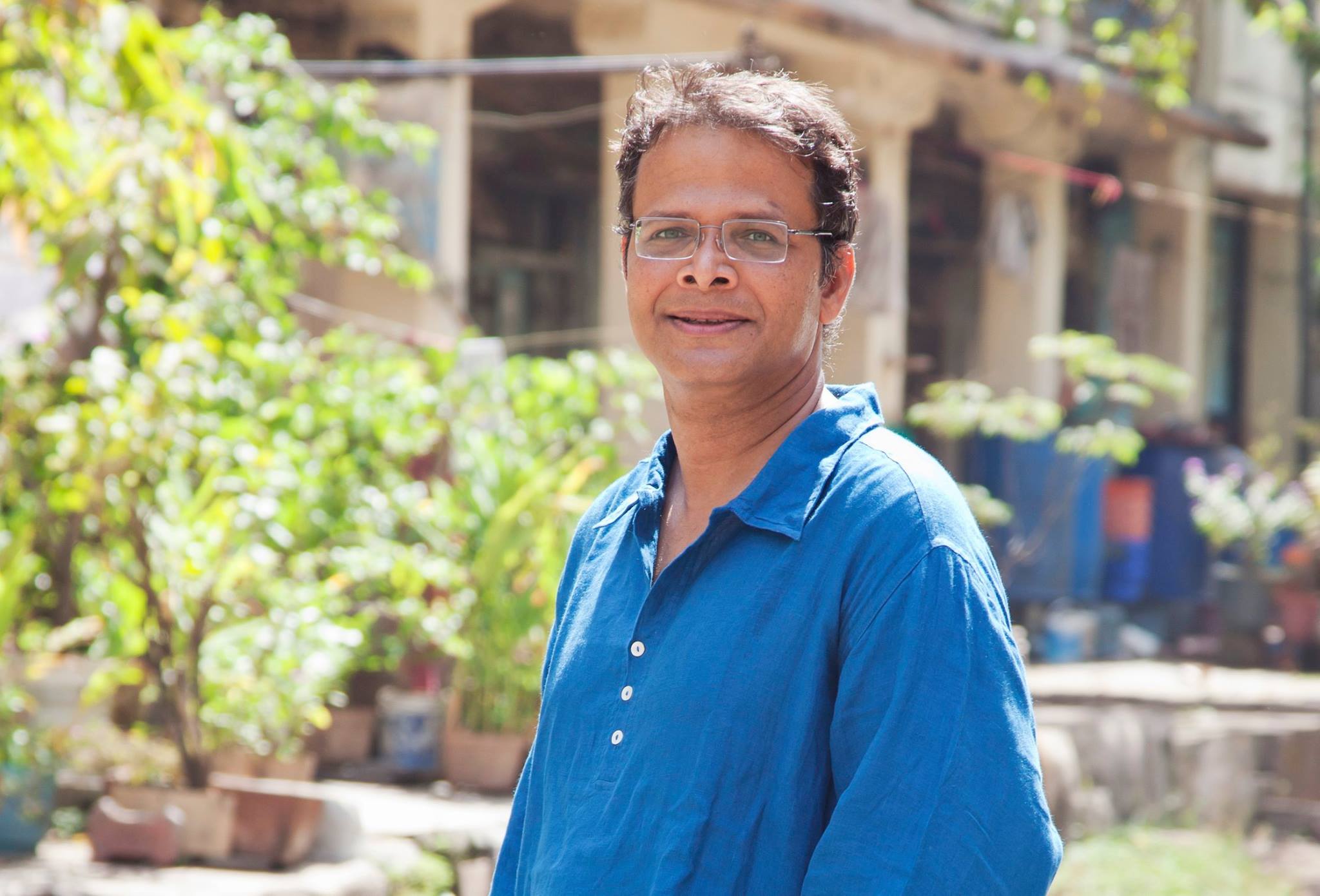 Were there particular crime novels that you read and/or drew from before you dove into writing Murder in Mahim?

When I’m writing fiction, I try not to read too much fiction. When I was writing Em and the Big Hoom, I avoided as far as possible all books set inside the family. I read lots of crime fiction then and P.G. Wodehouse, because what better way of cleansing your palate?

Is there another Peter-Jende mystery in the offing? What are you working on now?

I really don’t know. It would be easy if I could magic books into being. I find them honestly tough to do and I have to work really hard to get one out of the door. That said, if a story comes to me, a Peter-Jende story and it must be told, I will write it.

Right now I am working on my next novel; it’s about growing up in the 1980s, a decade that no one feels any nostalgia about.

In that decade, India’s economy was stagnating, unemployment was a threat, brown sugar had hit Bombay, the USSR invaded Afghanistan (at the end of 1979 but the US response which created the Taliban, is still haunting us today), the Olympics were boycotted twice. Closer to home, Datta Samant’s mill strike gave the mill-owners a chance to close down the mills, rendering thousands of young men jobless; they turned to the Dons for employment and lawlessness increased. The police rioted in Bombay and the army had to be called in. The power looms of Bhiwandi took over what Bombay had stopped doing – making cloth – and then riots erupted there as well. Bombay went from being a productive city to being a speculative economy, It was also an aesthetically unappealing time. Think about ‘Yaar bina chain kahaan re’ from Saheb. Think of all the Bachchan films that came out during this period beginning with Silsila and ending in Toofan. But yes, you’re right, the 1980s don’t sound so bad today.