Real Fathers in All Their Frailty

Gayathri Prabhu's 'If I Had to Tell it Again' challenges our preconceptions both about writing and about depression. 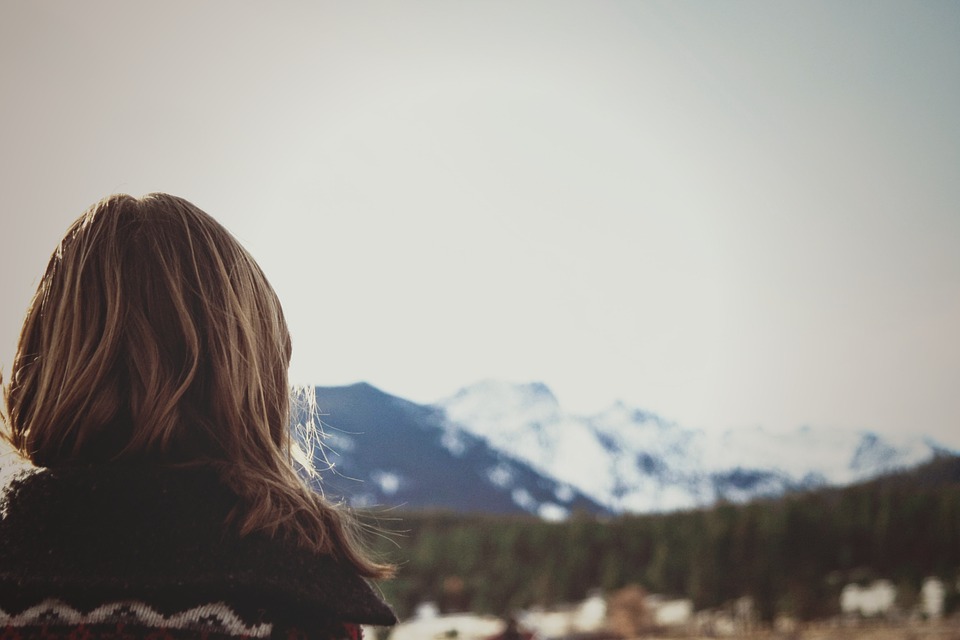 In India, one does not tell tales of a less-than-perfect parent. What will people say, is the constant refrain that imposes silence in places where there should be screams. Against these odds emerges If I Had to Tell it Again. This memoir has to tell it again because it is as if the story is being told for the first time. A depressive father who is also a charismatic father. An adoring daughter who is also a depressive daughter. A dangerous disease that is also an ignored disease. We’ve seen these stories repeatedly, but we’ve inevitably turned our eyes away. 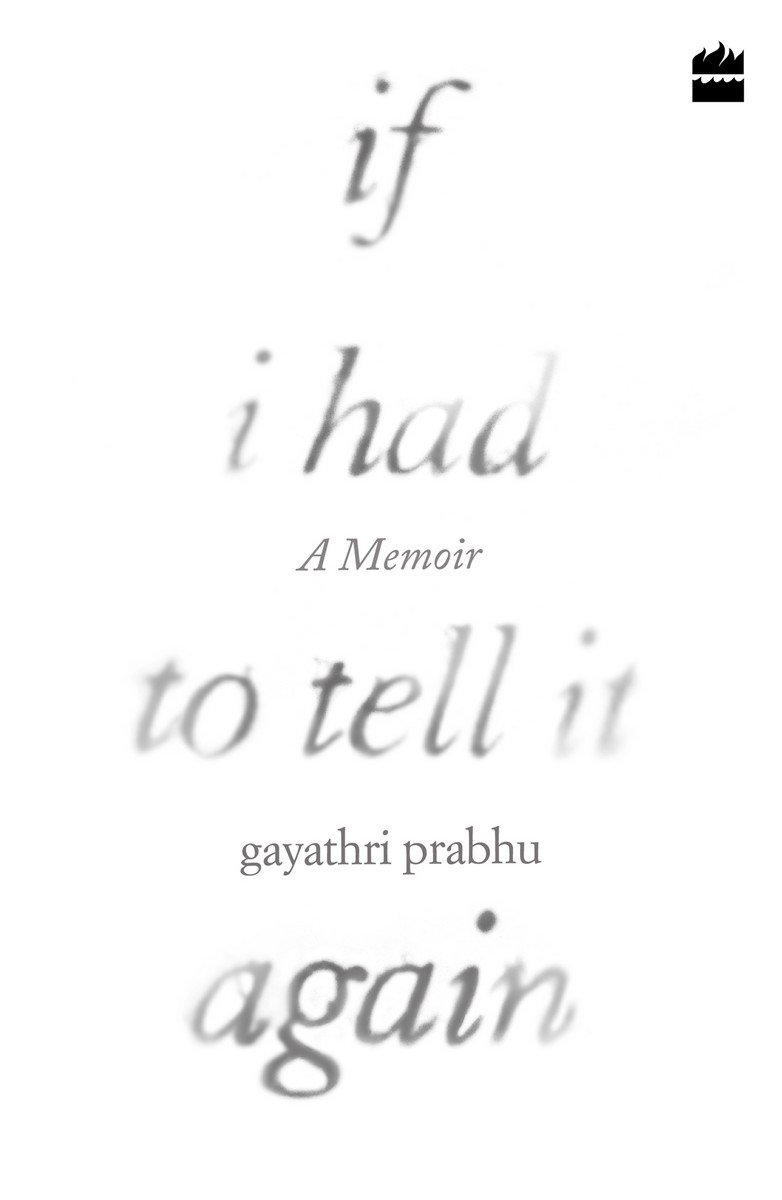 Gayathri Prabhu
If I Had to Tell it Again
Harper Collins, 2017

If I Had to Tell it Again offers compelling descriptions of alcoholism and the miscarriage of both children and ideas. And it excels in providing a detailed anatomy of depression: what it feels like (overwhelming), who suffers from it (almost anyone), and how to cure it (through a variety of treatments, and mostly through the will to address it for what it is rather than wishing it away).

But perhaps the biggest insight this book provides is to show us that a depressive person does not live in a hole – they are very much a part of the world around us. Indeed, the narrator’s father is highly social, gregarious, charming and generous. But he is also depressed. This means that he can be both loved and feared at once. The generosity makes him a warm and caring man, while the depression makes him angry and violent. How can the same person be both supportive and abusive, charismatic and sad, lovely and scary? Well, that’s what we call depression.

This anatomy of depression is truer to the lived reality of the world than memoirs that narrate valiant struggles of hapless victims against a monochromatic abuser. Here the abuser is also charismatic, and the victim also willing. Depression both gives the narrator a sense of her self and threatens to take it away. The identification of the father with a single-minded abuser is not that easy to make, and neither is the identification of the narrator as a passive recipient of abuse. Instead, the book is a textured rendition of the emotional cesspools that are generated within families.

Depression thus becomes difficult to categorise. Its causes are not always clear, and its cures often mystifying. Perhaps this is the reason why we come up with platitudes with which to address it:

With depression, all you have is a clinical diagnosis, some pills and a few words to describe the indescribable, all of which evaporate rapidly in the face of ‘be positive’, ‘get exercise’, ‘be strong’, ‘move on’ and the unspoken urgings to act like it never happened. The appearance of normality becomes crucial. No matter where depression starts, whether in the caverns of relationships or in the crevice of the brain or in the runnels of the heart, the visible signs of the illness are slow to emerge. At first nothing, and then the sort of symptoms that families are happy to attribute to something else, anything else, anything but this. 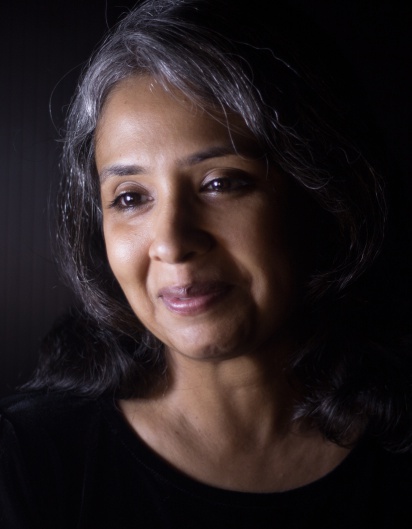 This problem with categorisation is also a literary problem. It challenges the very status under which the book has been categorised as a “memoir.” After all, a “memoir” is a “historical account or biography written from personal knowledge.” Is this book a historical account? Yes, but only if we acknowledge that fiction is a part of history (strangely, this has reverberations for the recent furore over Padmavati). It also contains drama, diary entries, staged film re-takes, snatches of memories, all of which collude to make this book very hard to pin down generically.

Even the characters in the book acknowledge this difficulty. “Was I…did this character feel afraid to die?” asks the man playing the father in a dramatic rendition of the story that forms the spine of this memoir/play/novel/history. The swing from first person to third person, from “I” to “this character” sums up the difficulty of writing another person’s story, which is to say, it sums up the difficulty of writing. Apart from the bare honesty with which this book anatomises depression, this stylish literary musing is its most characteristic feature.

In several self-conscious renditions of this problem of writing, the book asks us to ask: how true can writing be? How true should writing be? How true should writing be in a memoir? What is truth? Can we know someone else’s truth, let alone our own? Are we all characters in someone else’s play? What belongs in our life stories and what doesn’t? Should we only write about the good stuff? What stays in and what gets kicked out? Can there ever be only one truth? Towards the end of the memoir, the author writes:

What choice was there but to write? He was the easiest man to approach but not an easy man to have a conversation with when we disagreed. He could be abrasive, unreasonable, and there was so much I had never told him. Even now I cannot reveal much of my life, especially the details he was not told but deserved to know. Then there are all those adventures I have had as part of my nomadism, something bequeathed by his life patterns, but none of those are relevant to a story about my father. What frames us together in this literary snapshot remains an illness and a love beyond measure, and so there I stand now.

This memoir is a record of the past that extends into a fictional future in which a dead man is told the things he was not told during his lifetime. We are all voyeurs and eavesdroppers to this conversation.

If I Had to Tell it Again is a beautifully written, highly wrought and deeply emotional book. It is a daring and brave challenge to our preconceptions both about writing and about depression. If Barack Obama’s Dreams from my Father is the quintessential book of familial inspiration, then If I Had to Tell it Again is the book about real fathers in all their frailty. The book’s last line (which I wish had also been the book’s title) captures this shimmering fragility of the present moment, this precarious recognition of a past love, this sorrow over a lost future. With heartbreaking directness, it acknowledges the father who has both attracted and repelled: It was you.

Madhavi Menon is professor of English at Ashoka University, and had read this book in manuscript form before it was published.