An Indian History of Identity Infrastructure

'In Pursuit of Proof' astutely captures the identity fever that afflicts contemporary India. 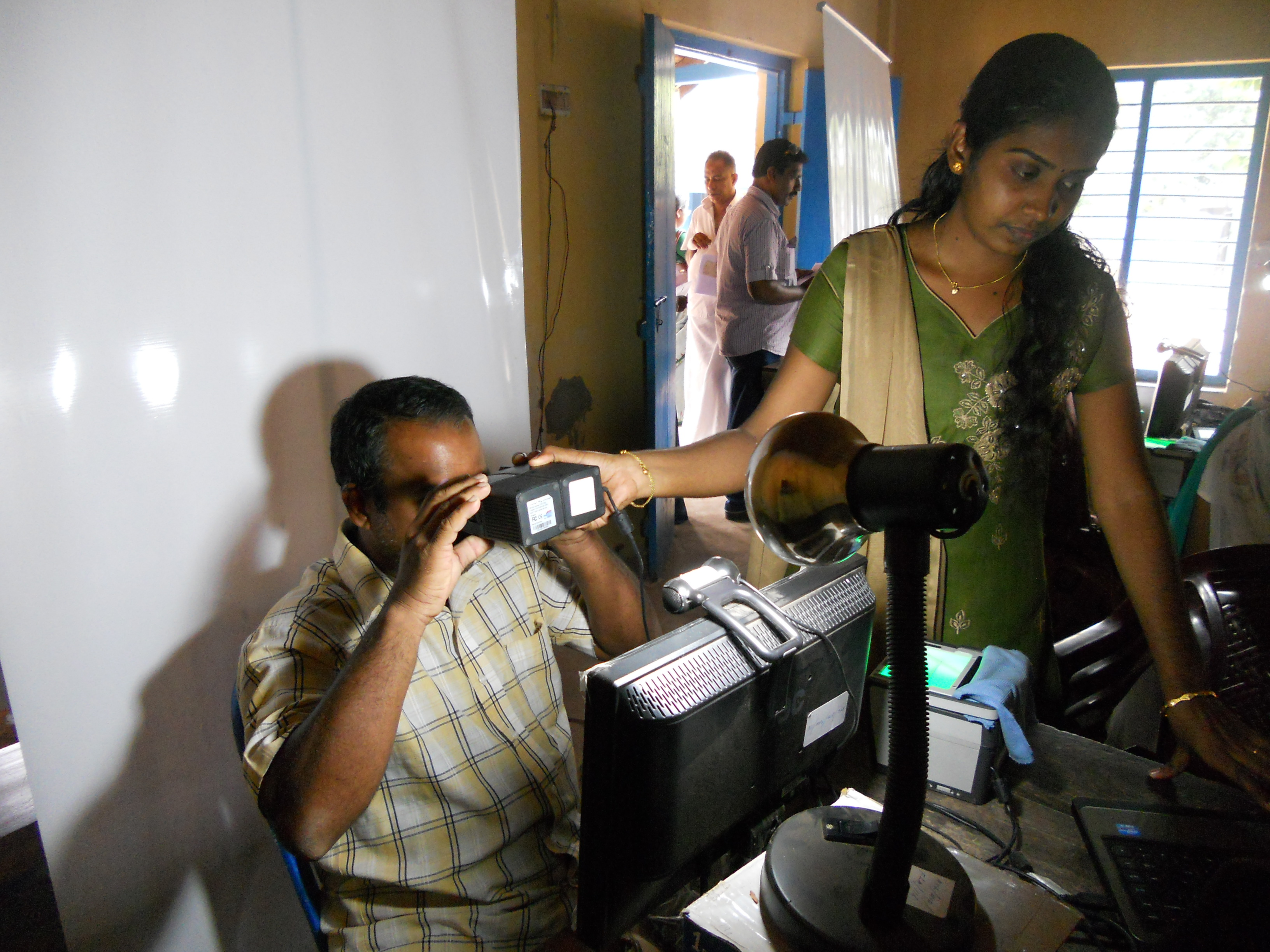 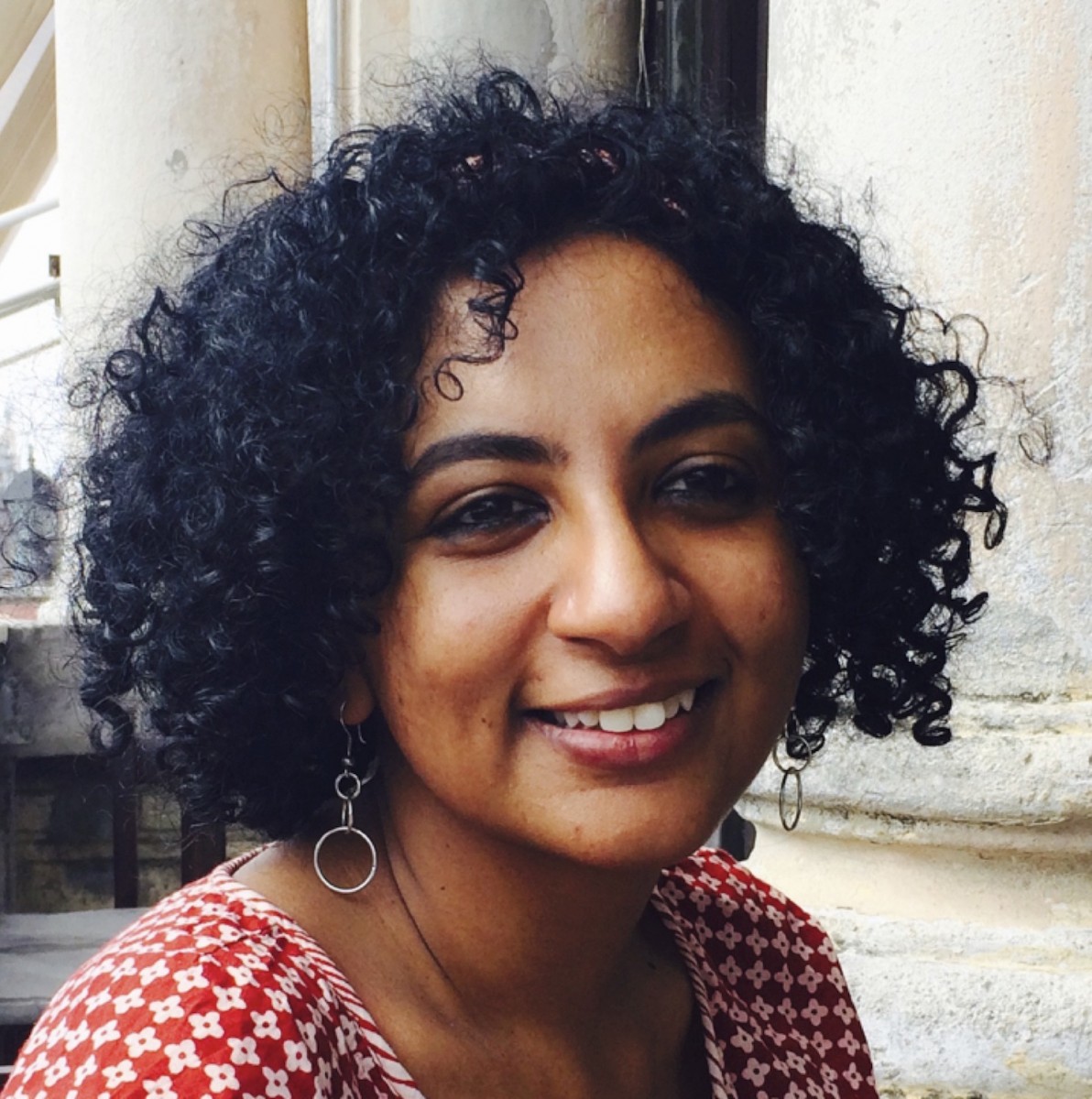 We live in a time when identity documents have a remarkable hold over everyday life. An endless trail of signatures, passport-sized photos, KYC forms, scans and other proxies are necessary to vote, pay tax, open a bank account, access welfare schemes, loans, send parcels and get a cell phone. Beyond establishing ‘bona fide’ identity, ‘ID proof’ is also deeply political. Each category that makes up a composite identity has a history that can be mobilised and reanimated for new purposes, including, most recently, as a fetish object of digital innovation. And as the controversy around digitisation of Assam’s 1951 National Register of Citizens (NRC) shows, the very infrastructure of identity documents – the labyrinthine procedures of recording, verifying and certifying identity – is the ground for deciding identity. This infrastructure of ID is neither merely a technical matter nor it is impartial. It too has a history. Tarangini Sriraman’s timely book tells us why.

More than anything else, In Pursuit of Proof shows, through a mix of archival research and field work, how, in India, identity is shaped not unilaterally through by law or by administrative fiat but instead by the state’s reliance on popular knowledge of ID proof to create governable populations. Through several years of archival research and ethnographic research in several field sites inhabited by Delhi’s working-class denizens to understand how individuals go about identifying themselves, Sriraman shows how there is a lot to see in the devilish details of identity proof.

IDs are produced in realms that straddle the formal and the informal and shape the administration of the poor. Furthermore, identity documents don’t die. They often outlive their original ends to shape new means. This is especially true of independent India, where the multiple lives of identity documents and welfare regimes developed in connection with each other. 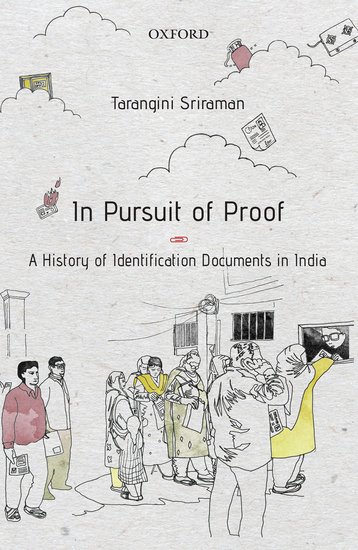 In Pursuit of Proof: A History of Identification Documents in India
Tarangini Sriraman
Oxford University Press

Postcolonial India’s tryst with identity documents began on a new footing in the 1940s with wartime food provisioning and the ration card. The ration card entitled its recipient to food by connecting names to a household and a stable residential address. The card was not a universal document, though. It was difficult to get a ration card without a stable address. Different states were allowed to develop protocols for its production, and different card categories were created for different sub-populations. Nonetheless, the ration card’s reach grew and laid the foundation for welfare systems in India in the Nehruvian era. After Nehru, the card underpinned the ‘license raj’ established first in terms of food austerity under Lal Bahadur Shastri and then after 1965 by Indira Gandhi in the stringent control of most commodities. Access to subsidised roti, kapda and makaan required the card.

However, as Sriraman shows, even as the ration card became the most desirable but elusive piece of paper for many of India’s undocumented poor, proof of identity was also thoroughly reworked. Infrastructural stress or political reorientation or, ironically, even bureaucratic virtue, modified what counted as acceptable proof. Under the license raj, the low-level bureaucrat loosened or upheld stringent provisioning norms with innovative documentary strategies such as affidavits and confessions. Many more modifications resulted from the state having to grapple with a large population of urban poor with few ways of establishing a permanent address. When contending with the flood of refugees after Partition or much later, in 1990, when the V.P Singh government sought to widen access to the ration card to those in JJ clusters in Delhi, a degree of official latitude in the acceptance of evidence ensured participation. Rather than measure the production of ID then, in terms of coercion and consent, Sriraman argues we would do well to see how the state loosened protocols and encouraged collaboration (even allowing self-enumeration of collectives in some moments) to fill evidentiary voids. Participation did not at all mean that the poor entered a level playing field in negotiations with the welfare state. Who could shape refugee procedures in the 1950s was entirely determined by caste, religion and gender of the claimant or the collective.

In fact, the power-laden and discretionary incorporation of ‘collateral evidence’ under its official signature allowed the state to carve out niches of governance in marginal spaces occupied by refugees, migrants and the urban poor. More violent transactions were also undertaken. In moments like the Emergency, the path to the ration card was through sterilisation certificates. The moment of slum demolition became the only time that the urban poor could hope to have their hutment registered on paper and thereby begin their access to welfare. All told, the possibility of modification allowed bureaucrats and subjects to navigate India’s complex ecology of welfare using ingenuity, persuasion, moral outrage, political muscle and force. Sriraman argues this navigation often ensures the delivery of crucial welfare services. And the Aadhar biometric card puts this navigation under considerable stress.

The Aadhar project seeks to dis-embed ID proof from all its prior entanglements with the ecology of welfare. It is equally a national investment in creating data assets by interlocking databases. As elsewhere, the project relies on (and thereby stimulates) private industries of information gathering and looks to dominate a data market in which fingerprints have the largest market share of biometric modalities. Will the vision for automating Indian welfare systems through a single template ID liberate the Indian citizen from error, bureaucratic venality and corruption? Will paper residues of ID be purged and a biometrically authenticated number create a well-oiled machine? Sriraman’s research suggests otherwise. For one, because the card is linked to welfare entitlements, enrollment in its system is not ‘voluntary’ as authorities would have it. There is another serious limitation: the infrastructure of Aadhar is not independent of the infrastructure of paper IDs.

Aadhar is selectively parasitic on the continued relevance of paper ID such as ration and job cards. This means that data operators rely on old paper-based procedures to verify identity. Depending on which paper ID is rejected, sub-populations get left out. Moreover, the system is not secure. To be sure, a degree of ingenuity with paper forms and political pressure can be exercised to enroll in the system. But as Sriraman shows, it is the selective interlocking of Aadhar with other databases that makes access to welfare services more uncertain. For example, Aadhar is increasingly required to get caste certificates. This means that India’s most marginal welfare recipients are not spared the trouble of getting these paper certificates, but they also now need a smart card to do so. Thanks to the interlocking of Aadhar and the public distribution system, access to food is now increasingly managed by biometric authentication. But biometric machines cannot recognise fingerprints of manual workers, who are the biggest recipients of subsidised food. Digital interfaces are often error-prone, which means that the rapid streamlining of the public distribution system is bound to leave many out.

By flagging the dangers of thoughtless data interlocking, In Pursuit of Proof concludes that smart technology may have limited utility for welfare recipients while entrenching social disparities. There is another lesson to be drawn: how endless permutations and combinations allowed by an infinitely expanding digital database can become socially and politically hazardous. That population rolls have been used for political purposes is not new. During the colonial period, census was used to expel migrants; in independent India, electoral rolls were routinely used for ethnic cleansing.

As smart technology enters more areas of governance, beyond tailoring services which could cut off millions, digitally interlocked population data is likely to be mobilised in the politics of belonging. The Assam NRC controversy makes this amply clear. By showing that technology is part of a larger socially and politically mediated infrastructure of proof, Taraigini Sriraman provides us a powerful argument for why a purely technical solution will never assure ease, transparency or deliverance. One can only hope the technocrats will take heed.

Bhavani Raman is an Associate Professor of History at the University of Toronto. She is the author of Document Raj: Scribes and Writing in Early Colonial South India (University of Chicago Press, 2012 and Permanent Black, 2015).