Remembering Ibn-e-Safi, Whose Books Are Bestsellers 40 Years After His Death

On the death anniversary of an Urdu literature legend, a look at the unreal world woven by the man from Allahabad. Some time last year, a journalist friend of mine had called up to ask if I was aware of any bookstore that sold the Hindi or Devanagari versions of the Ibn-e-Safi mystery and detective series, originally published in Urdu.

He wanted to gift the collection to his father, who had grown up reading them. This was not the first time that I had been asked this question, so I happily directed him to the place I had in mind. Unlike earlier, good Hindi translations and transliterations of some of Ibn-e-Safi’s novellas are now widely available in the market and my friend could even buy them online.

I had forgotten this conversation until I received another message from the same friend. Turns out that his father, now entirely engrossed in the jasoosi duniya of Ibn-e-Safi, would like very much to discuss the books with me.

The series transports him back to his childhood days, said my friend. Overjoyed at the prospect of being able to have a conversation over our shared love for the series, I jumped at this opportunity. My friend’s father reminisced how he had devoured the series during his school and college days.

He is not alone. A lot of people around him had found it equally addictive and interesting. Our conversation, spanning the various aspects of Ibn-e-Safi’s detective world, its characters and plot, stretched for more than half an hour. 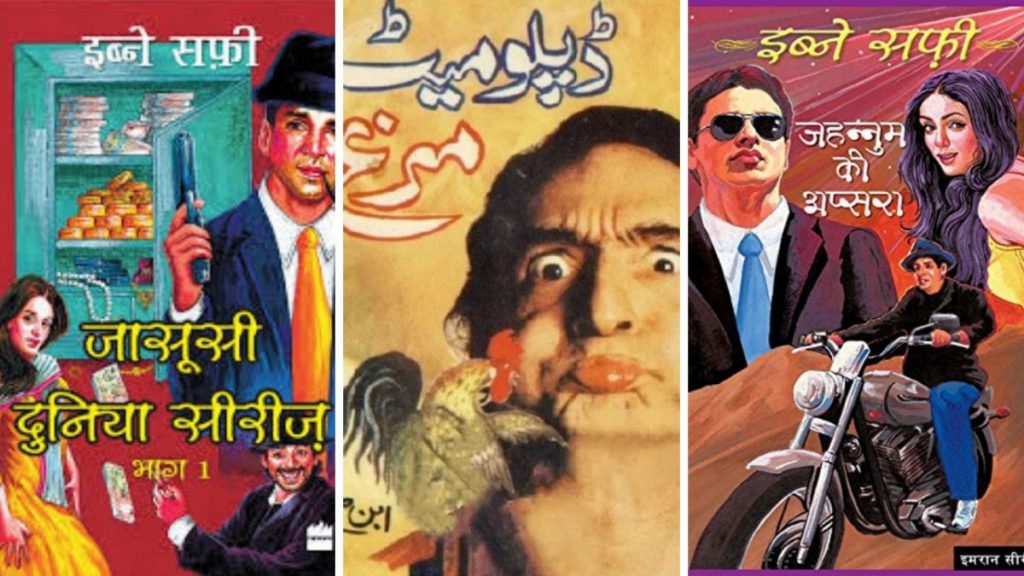 Unlike my friend’s father, I came upon the writer quite late in my life, probably after finishing my graduation. I remember my boss at my first job telling me, “Tum pahle maaqool insan ho jo Ibn-e-Safi padhe bina samajhari ki batein karta hai.”

This meant, “You are the first reasonable guy I have met who, despite not having read Ibn-e-Safi, makes sense.” According to him, those who had not read his work could and should be held liable for contempt! Let me tell you, he is not the only one who thinks so. I must have met over a dozen Urdu lovers who have conveyed the same disappointment in various degrees.

Also read: What South Asian Sci-Fi Can Tell Us About Our World

Ironically, the very first two novellas by Ibn-e-Safi that I read were in English. However, as soon as I was done reading them, I picked up the original ones and must have read over 50 of them in the last 10 years. I grew to love them so much that I even re-read quite a few. Whosoever I have recommended his work to has loved it and asked me whether more translations or transliterations are available anywhere.

Ibn-e-Safi’s writings come across as plain yet engrossing as they are filled with wit and humour. There is never a dull moment in his stories. His characters are modern yet very desi in their approach to problems.

Most of his novellas are set in an unreal world, but they do not appear alien or far removed from ours. However, it is also true that, as Amrita Dutta notes, “Ibn-e-Safi’s sleuths were impeccably moral men, driven by a strong sense of nationalism, a long way off from the amoral, realistic universe of (Surendra Mohan) Pathak’s criminals.”

Pathak, who is perhaps the most popular crime fiction writer in Hindi, with nearly 300 novels to his credit, remembers hiding as a young boy in a cowshed near his home in Meerut to read Ibn-e-Safi’s novellas. The language used by the Urdu writer is quite accessible but something that one still aspires to speak and write in. No wonder then that his books are often recommended to those learning the language.

In Pathak’s words, “What he taught me was how to say it well, how to make a simple line sparkle with wit. No one had done that before.”

Unfortunately, not even 10% of Ibn-e-Safi’s work is available for non-Urdu readers. This is perhaps, as noted Urdu scholar, novelist and translator Shamsur Rahman Faruqi notes in an interview, “I think Ibn-e Safi is hard to translate for he is so utterly steeped in the Urdu literary and social culture. The humour depends on wordplay, distortion of language and almost private social contexts.”

The first English translation of his work was published in 2010, 55 years after the original appeared. This translation was done by Bilal Tanweer. Later, Faruqi translated four more novellas.

There are plenty of translations/transliterations and books available in his name in Hindi. However, the most authentic and the closest to the original text are the ones done by Choudhary Zia Imam under the supervision of the late Hindi poet, translator and journalist, Neelabh Ashk.

Interestingly, the most dependable translations of Ibn-e-Safi’s work, into English, as well as Hindi, have been done by those from Allahabad. It seems that only an Allahabadi can do justice to the text of another Allahabadi.

Like Faruqi and Ashk, Ibn-e-Safi originally belonged to Allahabad.

He was born in 1928, in the village of Nara in Allahabad. After finishing his education, he migrated to Pakistan with his mother and sister in August 1952. He was a prolific writer, and in a career spanning 25 years, wrote no fewer than 245 detective novels. His most popular work are the two series, Jasoosi Duniya, which consists of 125 novellas, and Imran Series that comprises 120 novellas. 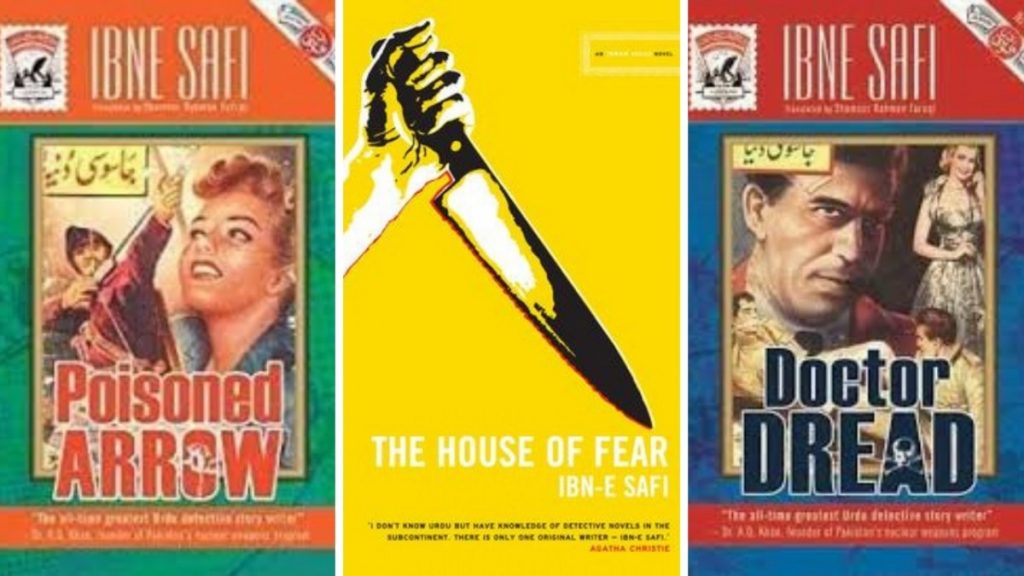 Forty years after his death, Ibn-e-Safi’s books are still popular amongst Urdu readers. In fact, in terms of popularity and sales, no Urdu writer has been able to beat him so far. One can find his books in almost every Urdu bookstore across India. Some Urdu publishers have made a lot of money by publishing and selling pirated copies of his books too.

“The publishers are publishing these books without taking any permission. It is not just illegal but also ironic because my father’s mission was to make his readers abide the law,” Ibn-e-Safi’s son Ahmad Safi once told me, adding that “it is sad that these people are defeating the primary purpose of his writings.”

Mohammad Hanif, a fan of the writer who runs ibnesafi.info, which is considered to be the most authentic source of information on Ibn-e-Safi, Pakistan Television or PTV had produced a serial named Dr. Duago based on the book Baibaakon ki talaash of the Imran Series during the elections of March, 1977. However, it was never aired due to political censorship.

In recent months, the writer has once again been in the news after a radio drama series based on the Imran collection launched in May. The radio series which is available online, comprises of five novellas, each of which is divided into four episodes. While all the episodes of the first book in the series, Khaufnak imarat (‘The House of Fear’) are already available on the app, the episodes of the other four novellas are listed as coming soon.

Though his health deteriorated seriously and rapidly between December 1979 and July 1980, Ibn-e-Safi did not give up his passion for writing. Sadly, he passed away early on July 26, 1980. The incomplete manuscript of the Imran Series novel Aakhri Aadmi was at his bedside.

As the cover page of the ibnesafi.info website rightly says,