How Third-Party Intervention During Conflict Can Help Avert Nuclear War

Moeed Yusuf's 'Brokering Peace In Nuclear Environments' draws upon the history of conflict between India and Pakistan and the role of the US as a third party. The book applies brokered bargaining theory to the three major crises between India and Pakistan: Kargil conflict in Kashmir in 1999, the 2001-2002 India and Pakistan military standoff and the Mumbai crisis in 2008. Credit: Reuters

Political deliberations and research in post-colonial South Asia have mainly revolved around disturbing ideas, such as war, poverty and conflict. One wonders whether there ever will be any respite from these engagements. Brokering Peace In Nuclear Environments is, without doubt, a very brave endeavour by a scholar to explain a limited puzzle dealing with the US’s role in the context of India-Pakistan’s conflict after both the countries went nuclear, and for which they prepared for decades clandestinely.

Scholars would keep debating endlessly for years to come on whether it was indeed a wise decision for India to go nuclear, thus provoking Pakistan to follow, and whether the early assumptions about the long-term benefits will ever be seen as genuine in the face of new twists the India-Pakistan conflict has taken in a nuclearised environment. The fact remains that both the countries were a part of the global arms race before they went nuclear and are likely to remain so at the cost of massive neglect to their respective developmental agendas.

Primarily, this scholarship falls into the domain of international relations (IR), but the book employs considerable resources on domestic politics. Its main strength is its sincere effort to theorise the puzzle with the help of an existing cutting-edge scholarship. Indeed, the author has done a splendid job meeting that objective, which makes the book unique as there is always that impression that scholarship on India-Pakistan relations often is bereft of adequate application of theories. The ideas developed in this research first found expression in a research paper the author wrote as early as 2003 on the issue of 2001-2002 India and Pakistan military stand-off. The underlying purpose to expand on that paper is to theorise the third-party role (in this case, the US) in the regional power settings, which is what the book is about.

We learn that the post-Cold War era has changed in two particular ways: firstly, the emergence of regional nuclear rivalries like between India and Pakistan; and secondly, the shift of the global setting from bipolar to a unipolar setting.

The American position, according to the author, as the leader of the world remains unaffected despite many moves of both Russia and China in various issues of global importance. It will be not surprising if scholars would disagree with this claim of the US’s role as a world leader, or as Vali Nasr has argued that it has become a dispensable nation. But in the context of this regional conflict, the author is right in arguing that the US has played a dominant and direct role, and that role would remain in the region for some years.

The author presents us with a notion of “brokered bargaining”– which is the core concept on which the analysis of the book rests. He delineates the core ideas linked to this concept, and chapter eight particularly is very well fleshed out in terms of the strength and shortcomings of this key notion.

The concept of brokered bargaining basically implies three-way bargaining framework where the regional rivals and the third party seek to influence each other to behave in line with their crisis objectives and in so doing affect each other’s crisis choices. In the nuclear crises literature since the Cold War days, the bilateral deterrence models have served as a key to the explanation of crisis behaviour. But the brokered bargaining – according to the author – introduces “a parallel dynamic focused on the third party and driven by a combination of sensitivities.” 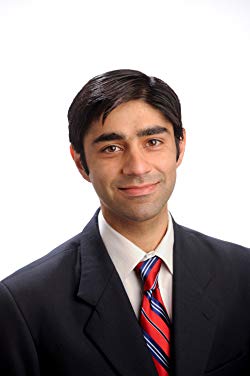 Further, it deals with how escalation risks and how the regional rivals play up to third-party preferences given its power to tilt the crisis decisively against them. The author further explains that successful escalation management calls for the third party to get the regional rivals to defer to its preferences. It prevents any autonomous decisions that regional players could take to escalate hostilities. This research applies brokered bargaining theory to the three major crises between India and Pakistan: Kargil conflict in Kashmir in 1999, the 2001-2002 India and Pakistan military standoff and the Mumbai crisis in 2008. Each of these cases under particular circumstances was eventually contained from becoming a full-blown conflict.

On a number of fronts, the book breaks new ground: it offers to present a theory of nuclear crisis behaviour focusing on third-party mediations, it further conducts a systematic analysis of three major crises, it further sheds light on learning in crisis management in South Asia over a decade or so. The lessons for crises between potential nuclear rivals is not merely limited to South Asia but can be found useful in the Middle East, on the Korean peninsula and between China and India. In other words, even if it is a case study, the formulations have wider implications.

The author recognises that both India and Pakistan were often suspicious of the US’s role in the region, and yet they engage with it in the absence of a more reliable third party. Despite recent pronouncements by Pakistan Prime Minister Imran Khan for the country’s desire for peace, and the recent announcement of the Kartarpur corridor, that has positive signals, the fact remains that India and Pakistan’s future of peace remains a huge question mark. Kashmir remains a point of contention – and a conflict in which the third-party involvement is deliberately kept away. If a third-party role is so positive and welcome in other crises, why is it not extended to Kashmir? Or will it ever be extended to Kashmir? Or should Kashmir be seen as a unique crisis?

How has the nuclearisation of the region changed the fate of the conflict of this issue? We need to have some formulations on this vexed issue. Nonetheless, the book presents valuable insights into the changed context in which conflict has been occurring and will erupt in the future. No doubt, this is a major intervention on the subject and scholars of South Asia and also of IR would find it extremely useful for their future research.