A man lances a poppy bulb to extract the sap, which will be used to make opium. Photo: Reuters/Claudio Vargas.

The following is an excerpt from Opium Inc., due out on August 31, 2021. It has been reproduced with permission.

In 1805, at the age of twenty-two, Jamsetjee Jejeebhoy was already on his fourth voyage to China. Since the death of his parents when he was sixteen, Jejeebhoy had been working in some capacity or another for members of his extended family in Bombay. While none of his previous voyages had been without incident, this journey was going to change his life forever. On 11 July 1805, four days before his twenty-second birthday, Jejeebhoy was aboard the ship Brunswick when he heard the news that a French ship had been spotted on the horizon.

It was the middle of the Napoleonic wars, and the French were prowling the Indian Ocean, harrying British vessels. When the Brunswick had stopped in Bombay, it had been in dire need of repair and French prisoners of war were press-ganged into service. These prisoners were later loaded on a boat and sent home to be exchanged for British prisoners. On their way to France, the ship carrying the prisoners was intercepted by the French admiral Charles-Alexandre Léon Durand, the Comte de Linois, on his magnificent flagship, the Marengo. Linois learned from the prisoners when the Brunswick was going to ship out and where it was heading. He quickly formulated a plan. 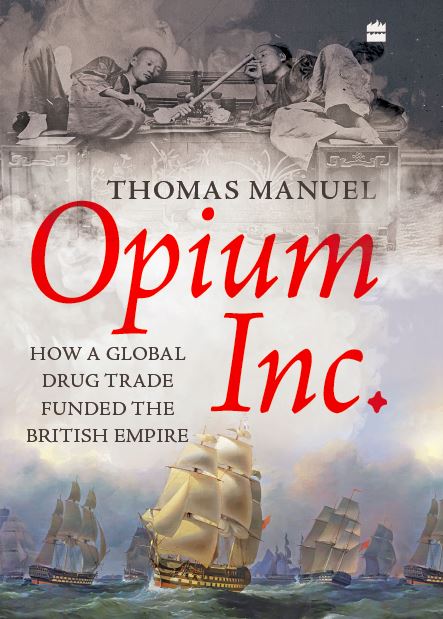 Off the coast of Pointe de Galle (now known as just Galle) in southwestern Sri Lanka, Linois ambushed the Brunswick. The Captain of the Brunswick, James Grant, had little choice. The Marengo was a seventy-four-gun ship but the Brunswick was primarily a trader. Grant fired once, but his heart wasn’t in it. Soon enough, he lowered the British flag that was flying from the mast of his ship and surrendered. Linois boarded the ship and took most of the officers as prisoners aboard the Marengo. Then, he outfitted the Brunswick with a new French crew and the two ships set course for the Cape of Good Hope. Jejeebhoy and the other passengers and crew must have been terrified as the Brunswick altered its course from China to South Africa, on the opposite side of the globe.

Before this tragedy struck, Jejeebhoy had been keeping the company of another young man on the ship, William Jardine, the Scottish surgeon’s assistant. Jardine was twenty-one years old and had been aboard the ship for the last two years. Now, being taken hostage forced these two acquaintances closer together. By the time they arrived in South Africa in September, they had the beginnings of a friendship that would last a lifetime and would change the face of the world.

William Jardine would, in 1832, alongside future partner James Matheson, found what was arguably the most important British trading house of the nineteenth century. Matheson was another Scotsman who had come to India to apprentice with a merchant house. The two of them met in Canton and formed what would eventually become the trading firm Jardine and Matheson. For almost three decades, they would dominate the opium trade as the foremost smuggler among smugglers. By 1834, they would be involved in almost one-third of the entire opium trade. And this share kept rising, peaking in the 1860s. Through their profits, they began to become a driving force behind British expansion in China. To Matheson, the Chinese were ‘a people characterized by a marvellous degree of imbecility, avarice, conceit and obstinacy’. They funded newspapers that lionized smuggling as ‘free trade’ and bellowed for Britain to go to war against China. Jardine would actively counsel the foreign minister Lord Palmerston on a plan of attack during the First Opium War, leveraging their experience with the Qing government. After the war, they celebrated the fact that opium hadn’t been officially legalized because it meant more power for them. It kept out, in Jardine’s words, ‘men of small capital’.

Jardine and Matheson also pioneered the opium clipper. Traditionally, the China trade was at the mercy of the seasons. The northeast monsoon prevented ships from making the trip across the Strait of Malacca as the wind and rain fought them every inch of the way. The traditional East Indiaman ship built at Surat, Bombay or Calcutta for the China trade was huge and rounded, built for carrying tonnes of cargo. They travelled with the monsoon and took around two years to complete a round trip. Opium clippers were ‘a new style of vessel with a relatively small cargo space, a slim, streamlined hull and as much canvas as it could possibly carry without capsizing’. Designed for the opium trade, these clippers could carry their small but high-value cargo to Canton against the monsoon. The first such clipper was named Red Rover and was built in Howrah, part-owned by Jardine and Matheson. It broke the speed record that existed at the time, outracing every other ship from Calcutta to Lintin.

They would both be wealthy beyond imagination. The novelist and politician Benjamin Disraeli would obliquely refer to Jardine in a book as ‘richer than Croesus, one Mr Druggy, fresh from Canton, with a million in opium in each pocket’. James Matheson would become so rich that he would buy his own island – the Isle of Lewis – off the coast of England. At one point, he was the second-largest landowner in Britain and spent £500,000 building a literal castle on his island as a summer home. Today, Jardine Matheson Holdings Limited, the descendent of that original trading firm, has revenues of almost Rs 290,000 crores and is one of the most valuable publicly traded companies in the world.

Jejeebhoy too would become ridiculously rich. He would retire from business with an estimated wealth of around Rs 40 crores and then devote his life to becoming the first baronet of Bombay. This kind of wealth doesn’t just happen. It requires an engine to power it and a system that enables it. The engine was opium and the system was a global drug-smuggling operation that propped up an empire.

Thomas Manuel is a journalist and award-winning playwright whose work revolves around history, science, education or the intersection of all three. His words can be found in Lapham’s Quarterly, The Nib, The Wire, The Hindu, among other publications. In 2016, he won The Hindu Playwright Award for his play Hamlet and Angad. He currently works at India Ink, a public history project where he makes videos about how the past continues to affect us today.