Written by Rita Bahuguna Joshi, the subject's daughter, the book reads more like a hagiography and highlights the need for a fresh attempt to do justice to the life and times of a true political colossus. 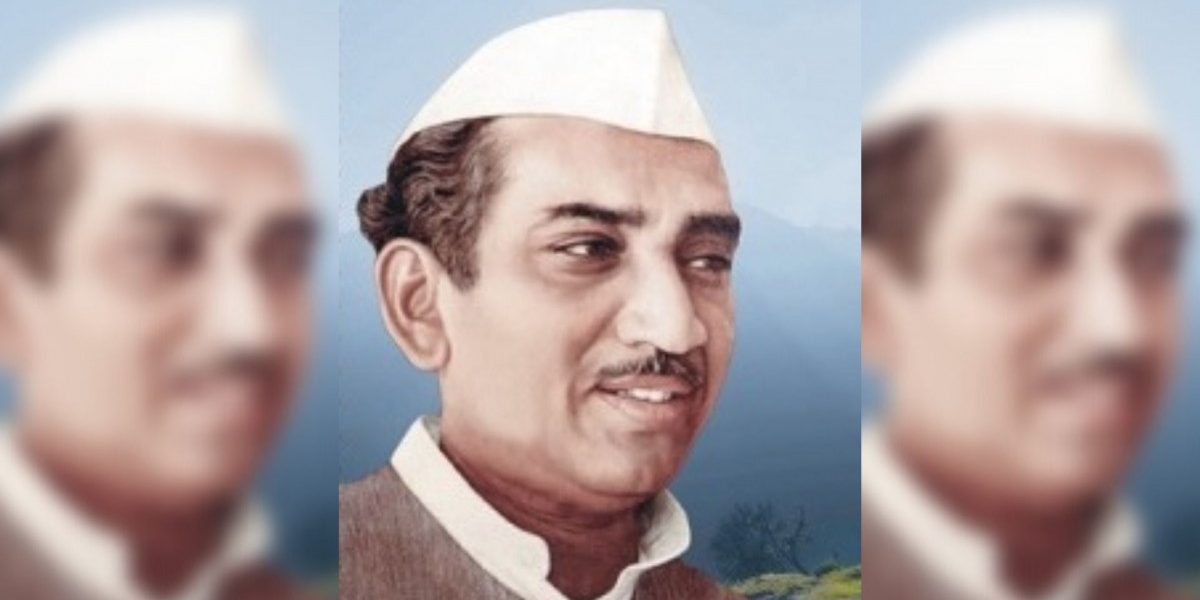 Biographies, most often, treat their subjects with sympathy. However, there are exceptions where the persona is condemned too. It is rare to find a biography that is dispassionate as well as ‘objective’. A daughter writing a biography of her father, hence, could not have been an attempt to condemn the persona; nor could one have insisted that she kept all her passions aside and wrote it with the utmost detachment.

Hemwati Nandan Bahuguna, indeed, was a colossus that strode in the political arena of northern India in the 1970s. George Fernandes, yet another personality who left an indelible mark on the political scene in India, said in an obituary note that Bahuguna was the Machiavelli of his times.

Bahuguna will be remembered for three things by those who followed the political games of the 1970s and the succeeding decade – his departure from Indira Gandhi’s Congress to form the Congress for Democracy in February, 1977 (along with Jagjiwan Ram) to strike a body blow to Indira in the general elections then; the battle in the Garhwal by-elections in 1981-82; and his defeat in the Allahabad Lok Sabha constituency in 1984 at the hands of Amitabh Bachchan.

After he quit the Congress in February, 1977, Bahuguna returned to the fold in 1979 (after the Janata Party experiment collapsed) only to quit the party again in 1980, mere months after he had been elected as an MP from Garhwal on a Congress ticket. He quit the Lok Sabha, too, (even though it was not required then under the law) to fight against the Congress in the by-elections from there, facing rough-and-tumble violence and rigging by the Congress party.

Bahuguna, however, stayed aloof from the round of anti-Congress unity that came about in 1989 for he could not stomach the fact that this unity was taking shape around V.P. Singh.

Bahuguna refused to forget Singh’s role in driving the rift between him and Indira Gandhi in the early 1970s, causing his ouster as Uttar Pradesh chief minister in 1975. He was also unable to forget that Singh, as Uttar Pradesh chief minister, had pulled all the stops to unleash violence during the by-election in Garhwal to ensure Bahuguna’s defeat.

This, notwithstanding that Bahuguna had no such hard feelings against Charan Singh, with whom he had worked in the Congress party for almost a decade-and-a-half and had become his foe after Charan Singh’s departure from the Congress in 1967. Bahuguna remained with Charan Singh in the Janata Party and the two of them stayed together in the Lok Dal later on.

Despite having switched parties many times and played Machiavellian games, at times with success and many a times failing in that, Bahuguna was consistent on one front for all his political life – He was opposed to the Bharathiya Jan Sangh and its world view, and regretted leaving the Congress party for this very reason.

He did not shy away from this conviction even while in the Janata Party and as minister in Morarji Desai’s cabinet. And when Charan Singh upped the ante in his fight against Desai, leaning on Madhu Limaye and thus associating with the campaign against dual membership by sections in the Janata cabinet (A.B. Vajpayee and L.K. Advani), Bahuguna joined Charan Singh. This was also why he returned to Indira’s Congress soon after.

He had also cemented the political alliance of the Dalits and the Muslim minorities in Uttar Pradesh and thus, had emerged a leader to be sought after insofar as Indira Gandhi was concerned at that point of time.

The biographers have brought out all these details with clarity and thus, helped readers see Bahuguna in perspective, rather than as a party-hopper. It is, however, necessary to point out that the book in English, under review, is a translation of the Hindi original published in 1999, translated by Ajay K. Rai, an academician and media security expert. 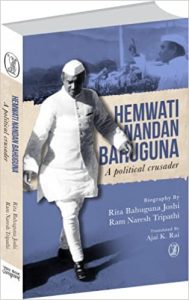 Rita Bahuguna Joshi, at the time of the publication of the Hindi original, was a prominent Congress party leader in Allahabad and also mayor of the Corporation. She had joined politics and the Congress party together in 1995 (after a career at Allahabad University), two decades before she switched over to the Bharatiya Janata Party (BJP) in 2016.

In the intervening years between the 1999 text in Hindi and its English translation, a lot of water has flowed down the Ganges. Joshi represents Allahabad in the Lok Sabha as an MP of the BJP, a party that her late father fought against all his life, which is brought out with such consistency in the book.

The biography also brings to light Bahuguna’s role through the course of the Quit India struggle, especially the underground resistance in and around Allahabad; his admiration for Jayaprakash Narayan from then; and the fact that Bahuguna, as chief minister, showed the courage to have Narayan as a state guest whenever the Lok Nayak visited Lucknow as part of the campaign against Indira Gandhi in the months before the Emergency was declared.

Further, the biography tells us that Bahuguna’s principled stand against letting Indira’s manager, Yashpal Kapoor, help K.K. Birla win a Rajya Sabha seat by garnering the votes of Congress MLAs from Uttar Pradesh, is what turned out to be the immediate cause of his exit as chief minister, with N.D. Tiwari replacing him.

This was when Sanjay Gandhi had begun to determine what Indira Gandhi thought and did. The fact that Tiwari and V.P. Singh were the two prominent Sanjay Gandhi loyalists from Uttar Pradesh then is known to those who followed the politics of the times. The biographers, however, do not connect these dots.

There are other gaps, too, as much as there are factual wrongs. According to the authors, Jagjiwan Ram was among those dropped from the Union Cabinet under the Kamaraj Plan. It is incomprehensible that they missed out that it was Lal Bahadur Sastri, also from Allahabad and Bahuguna’s mentor, who was dropped along with Morarji Desai and S.K. Patil in the Kamaraj Plan.

Similarly, the portions where the biography talks about the All India Congress Committee’s Bangalore meeting in July, 1969 are full of factual and chronological errors. This is also the case wherever the authors discuss the context of the early elections in 1971. The dates of letters between Bahuguna and Narayan (on pages 158-59) are also a jumble. The authors need to look at the proof a bit more carefully.

In the same breath, it is impossible to resist pointing out that the historian’s craft, which Rita Bahuguna Joshi is expected to have mastered as she had taught the subject for several years at Allahabad University, is completely missing in this work. With Bahuguna’s private papers, which the biographers claim to have accessed at the Nehru Memorial Museum and Library (NMML), there was the scope to craft a far better biography of one of India’s important leaders, who strode the political world between the struggle for independence as much he shaped politics after Independence.

The authors, instead, have ended up sketching his life rather than locating him in his own times. The issue in doing so is that it gives the impression that the nation and its politics were determined, in most parts, by the persona of Bahuguna, rather than doing what historians ought to do – sketch the life of the persona, locating it in her/his times.

Herein lies the difference between a biography and a hagiography. Rita Bahuguna Joshi has failed in this regard with aplomb! And there is the need for a biography of Bahuguna written all over again, and such an attempt is indeed worth taking.

V. Krishna Ananth teaches history at the Sikkim University, Gangtok. Among his books is Between Freedom and Unfreedom: The Press in Independent India.