Faking Hafez: Daniel Ladinsky and the Art of Translation

What happens when it turns out that 'translations' of Hafez's poems are not Hafez’s poems at all, but the translator's own?

A painting of Hafez of Shiraz (left) and Daniel Ladinsky at a reading. Photos: Wikipedia and www.techofheart.com

Omid Shafi reveals how an American poet, Daniel Ladinsky, has earned a name for himself in the most surreptitious manner: by becoming Hafez of Shiraz, the 14th century Persian poet and sage. To get closer to the truth: Ladinsky is a famous translator of Hafez’s poems. But on scrutiny, it turns out to be not Hafez’s poems at all, but Ladinsky’s own.

Shafi’s revelation introduces us to a rare story of un/self-fashioning in literature. We become aware of a talented mis/appropriation of Hafez by an American poet that raises fascinating questions on becoming another, or using the signature of another poet for your own poetry.

This act of self-erasure as poet in favour of being a false translator is worth philosophical investigation and debate. It is surely, one of the most peculiar acts of love in literature. Shafi repeatedly tells us how good and profound Ladinsky’s fake translations (which are Ladinsky’s original poems) are. We are also told that Ladinsky is not only a talented poet but is a ‘mystical poet’ himself. It is clear that Ladinsky is heavily influenced by Hafez, and knows no better way to pay his dues as a disciple to his master than becoming a fake translator of the master.

Ladinsky cannot imagine becoming Ladinsky. Ladinsky can only be an unfaithful translator of Hafez.

The question of faith in translation is important, because translation requires a degree of unfaithfulness. Like my literary mentor, Upal Deb, once told me when we discussed translation, “If you want to be absolutely faithful to the original, don’t translate”. In other words, the profound irony, or ironic dilemma, about the art of translation is, if you are seized by the anxiety of faithfulness, let the original be. There is no better way of remaining faithful.

Translation requires transgression. A translator is a boatman between two languages. In his famous essay, ‘Imaginary Homelands,’ Salman Rushdie reminds us that “the word ‘translation’ comes, etymologically, from the Latin for ‘bearing across’.” It involves both loss and recovery of the self.

Ladinsky lost his own identity, as he plunged into the mystic world of Hafez’s poetry. It was a leap of faith rather than a leap of knowledge. Translation needs a commitment to poetry rather than an abstract, metaphysical – or cultural – idea of ‘truth’. Ladinsky is not involved in a conventional mode of translation. Hafez has not allowed Ladinsky to be himself, even though he knows he can’t be Hafez. The best Ladinsky could do is to translate himself into the master. 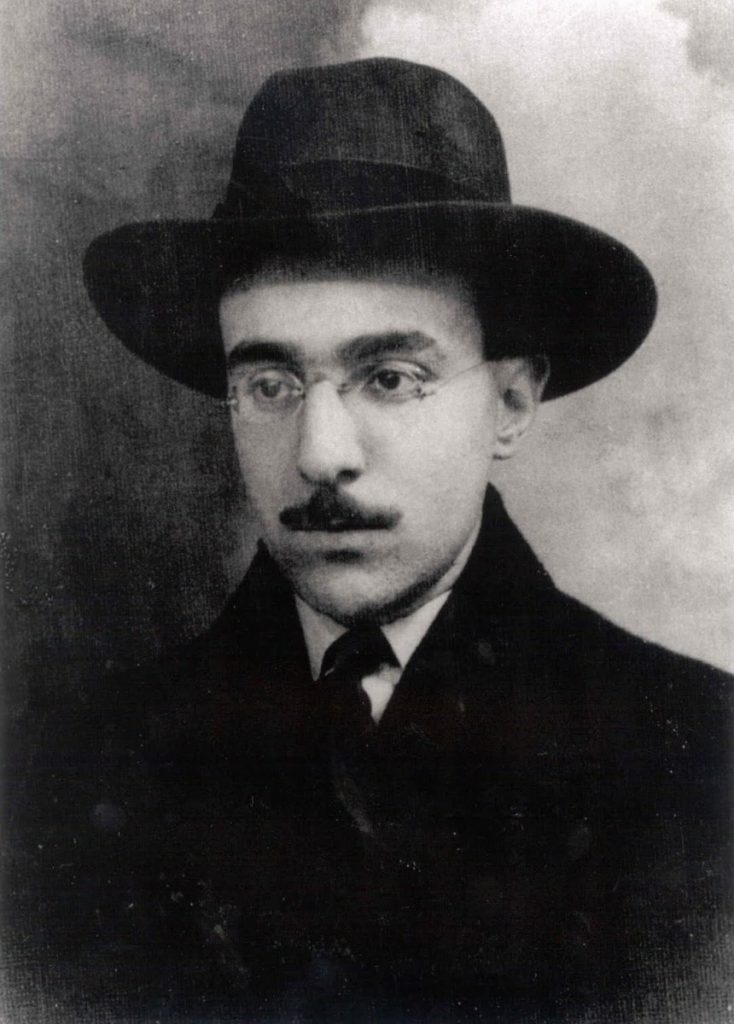 While introducing his ‘master’ (and heteronym) Alberto Caeiro, Fernando Pessoa wrote: “Excuse the absurdity of this statement: my master had appeared in me. That was what I immediately felt, and so strong was the feeling…” Caeiro had taken possession of Pessoa. Pessoa was no longer Pessoa, but Caeiro and the “thirty-odd poems” he wrote within that experience were not simply dedicated to his master, they were his master’s. Pessoa was translating what Caeiro was dictating his consciousness.

We hear something strikingly similar in Ladinsky’s case. Shafi quotes from Ladinsky:

“About six months into this work I had an astounding dream in which I saw Hafiz as an Infinite Fountaining Sun (I saw him as God), who sang hundreds of lines of his poetry to me in English, asking me to give that message to ‘my artists and seekers’.”

This is a mystical version of Pessoa’s dream where Caeiro appears and dictates Pessoa to write on his behalf. Ladinsky suggests something similar: Hafez appears in his dream as divinity and reveals his poetry to Ladinsky. There is an act of mimesis here. Ladinsky claims to be the recipient of revealed literature. It is an experience of intensity and depersonalisation. This is possible under the condition of heteronomy, where you feel the presence of (and respond to) a voice of authority outside you.

Ladinsky, as Shafi tells us, was not so much translating Hafez as he claimed, but writing his own poems. Pessoa invented a heteronym that did not exist in reality. But in Ladinsky’s case, we encounter the problem of a real mystic poet, whose name was used by the translator as a means to mask his own poetry. We are faced, in other words, with the problem of mis/appropriation. A strange one surely, because Ladinsky erases his own name (or signature) from his poems, and is content at remaining Hafez’s translator. It is Ladinsky’s act of obedience to and acknowledgement of Hafez’s influence.

Interestingly, Ladinsky’s act of falsely personifying himself as Hafez’s translator (while writing his own poems in Hafez’s name), also undergoes a double negation. Ladinsky negates himself as a poet, and negates Hafez’s true identity as a Muslim poet, with a sensibility that is not translated equally faithfully by Ladinsky. By doing so, Ladinsky de-familiarises Hafez before the English-speaking audience. Shafi is uncomfortable about the “appropriation of Muslim spirituality” in this act of translation.

Shafi quotes from Ladinsky’s 2013 interview, where the translator says in response to the authenticity of his work, “Is it Hafez or Danny? I don’t know. Does it really matter?” Shafi thinks it matters a “great deal” because we are dealing with “issues of language, community, and power”. Earlier in his piece, Shafi mentions “privilege and erasure” in Ladinsky’s attempt to ignore the specific cultural markers of Hafez’s poetry and reintroducing him in the garb of “Western exotification”.

Since Hafez is a historical figure and poet who is bound to a certain tradition, Ladinsky’s act of mis/appropriation is bound to crop up. But Ladinsky also shows enough signs of a larger poetic tradition best exemplified by Pessoa’s heteronyms.

We also know, in the tradition of Urdu poetry, borrowing is a sign of debt to a revered precursor. Ladinsky is sincerely attached to that wider tradition of poetry, despite his real, cultural limitations in the matter. After all, Ladinsky may not have decided to erase his own identity in favour of Hafez for no reason or cause. So the erasure that Shafi is concerned about is a double erasure. The fact that Ladinsky is a good poet means his act of debt exceeds its limitations.