What Explains the Rise of Authoritarian Regimes Across the Globe?

An excerpt from 'Vision for a Nation: Paths and Perspectives'. 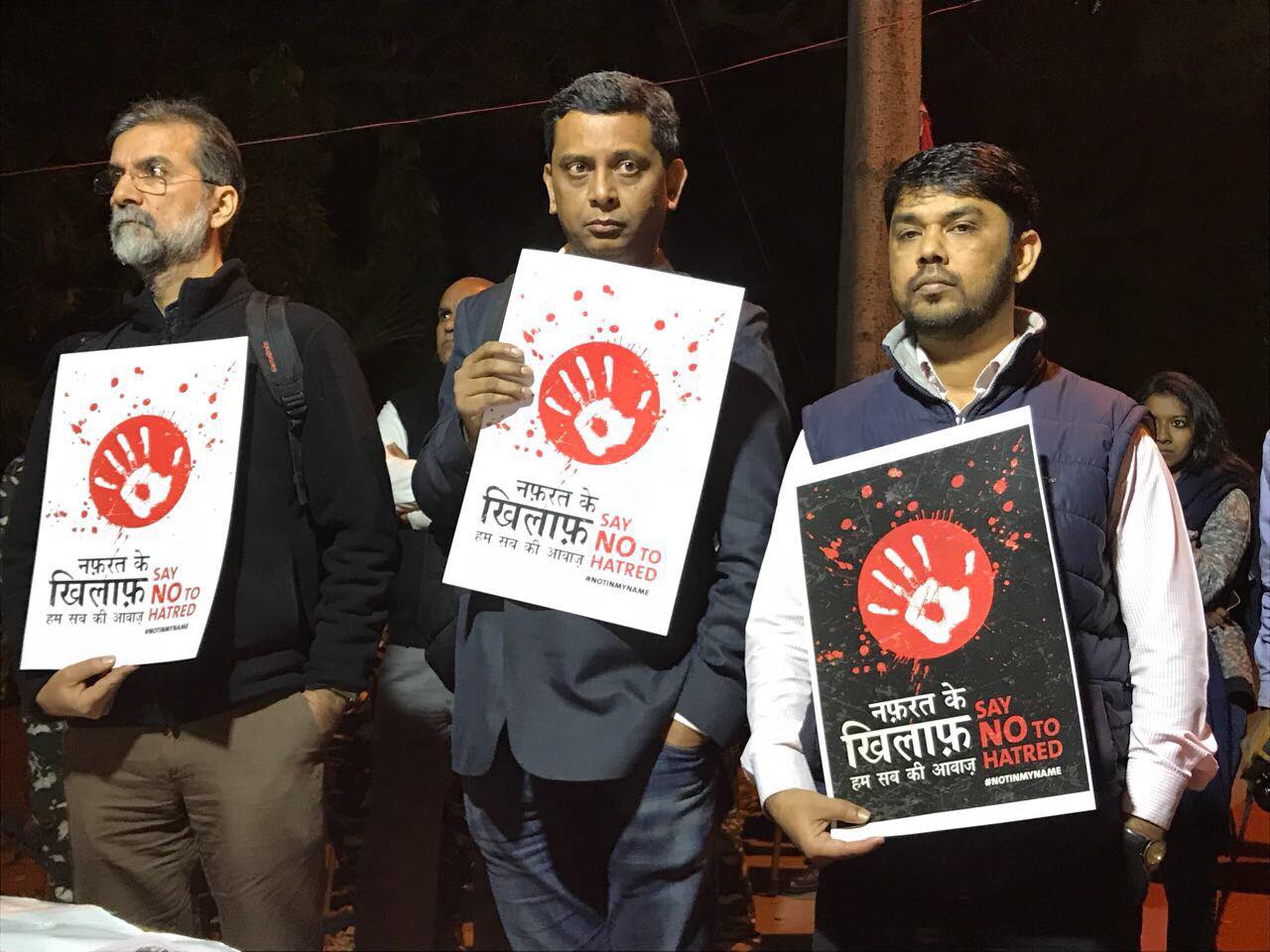 When historical narratives become semantic beggars, anecdotes help in lighting up the collective memory. Some years back, I was in Berlin. This was the post-perestroika, unified Berlin. As I was walking outside the grand buildings of the Humboldt University of Berlin, where Karl Marx had been a student a century and a half ago, I noticed a curious installation. This was just outside the university library. It was designed to take one by complete surprise and shock. On the pavement, as one walked, one suddenly saw a small cavity covered in glass. It was the size of a cellar or a bunker. Inside it, there was some light, but not enough to show at once what was inside. As one peered into the dimly lit chamber beneath the glass floor one noticed a single shelf of books with just one or two books on it. The inscription placed next to the glass surface read, ‘This is the place where Adolf Hitler burnt books of many thinkers in May 1932 after dragging them out of the library.’ The inscription brought home the brutality of the regime that took pride in attacking free thought. The installation was an apt statement for the tradition of Marx brutalized by Hitler.

A related anecdote that comes to my mind is about the Kasturba Gandhi memorial at the Aga Khan Palace in Pune. Kasturba Gandhi died here when she had been imprisoned along with Mahatma Gandhi and Mahadev Desai at the height of the Second World War and the Quit India movement. In September 2018, I had the privilege of hosting a large conference in Pune in which writers from eighty-seven countries participated. I thought it would be a good idea to bring the writers to the Kasturba memorial, and so I did. I had imagined that these writers from far-off countries would look at the place, take a few photographs and then would want to leave. To my surprise, they suggested that they would like to sit down on the ground and observe silence as a tribute to Gandhi and Kasturba. The genuine respect and love they inspire even among those who are complete strangers to their work and ideas is phenomenal.

Also Read: What a Biography of Hitler Tells Us About the Supporters of Authoritarian Leaders

Though Hitler was younger to Gandhi by some twenty years, the two can be seen as contemporaries dominating the world stage. It was approximately at the same time that Hitler burnt books and Gandhi defied the colonial salt law and chose to be jailed. It was the same time when Gandhi came up with his idea of ‘civil disobedience’ as a statement of one’s moral courage in the face of injustice and Hitler started demanding ‘complete obedience’ towards the supreme leader. Hitler justified and promoted violence in every form; Gandhi devoted himself to preaching non-violence. Hitler made propaganda the basis of his continued right to dominate, Gandhi spoke of truth as the path towards freedom.

It is an irony of history that the world is celebrating the 150th year of Gandhi’s birth, 2018–19, precisely when the tendencies for which Hitler was known have started characterizing rulers in many countries. Was Gandhi’s idea of truth was so fragile that the world would forsake it not so long after his death? The writers gathered in Pune brought home to me poignantly that Gandhi is still seen by the larger humanity, irrespective of one’s nation, creed, language and race, as the prophet of freedom. He returns to people’s thought wherever love, freedom and truth are assailed. The post-truth era in history will no doubt make him sound as relevant as he was in the times of colonialism and Hitler’s festival of violence. No installation will make him look dated and embarrassing, not even the ridiculous official caricature of him only as a pair of glasses done to promote the pet ideas of those who were brought up despising him. 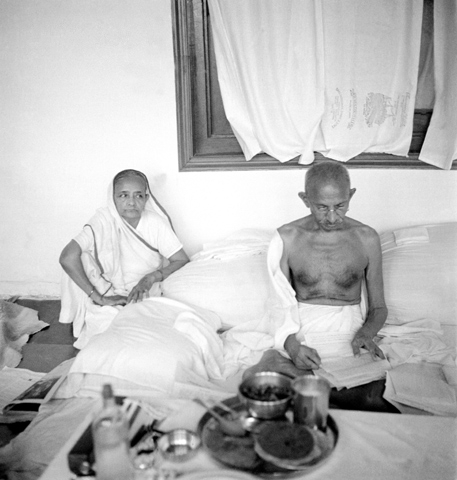 Autocratic regimes, whether right or left, hostile to any kind of criticism, have invariably shown utter disregard for dissenting voices. Of course, this alone does not define such regimes, but it certainly is one of their definitive features. If we look at our own treatment of dissenting voices, we do not have much room for taking a morally superior stand. Though most of us may have happily forgotten that in recent times a number of journalists and writers were killed in our country, our report card is not free of bloodstains.

Here is a random list of those who were killed because they were working with words: (2014) Tarun Kumar Acharya, M.V.N. Shankar; (2015) Jagendra Singh, Sandeep Kothari, Sanjay Pathak, Hemant Yadav; (2016) Karun Misra, Rajdev Ranjan, Kishore Dave; (2017) Gauri Lankesh, Shantanu Bhowmik, Sudip Dutta Bhaumik; (2018) Navin Nischal, Shujaat Bukhari, Chandan Tiwari. The states in which these killings happened include Odisha, Andhra Pradesh, Madhya Pradesh, Uttar Pradesh, Bihar, Gujarat, Jharkhand, Karnataka, Tripura and Kashmir. This list would be much longer if one were to include the killings of rationalists such as Govind Pansare and M.M. Kalburgi. It would be almost unmanageably longer were one to add the names of political workers butchered. 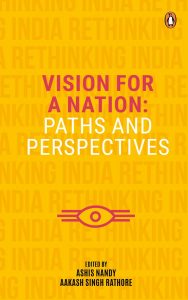 The question here is not how they were killed or who killed them, it is why they were killed. And the timeless and well-known answer to this question is that they were saying something that was not convenient for the rulers, that their thoughts were seen as ‘dangerous’. Sadly, none of the killings generated as much censure and public debate as they should have. Sadly, again, they were passed off as if they were ordinary murders requiring ordinary police inquiries that end in dusty files becoming dustier as the agony of the families of the victim keeps growing duller and fades one day in the forest of cynicism.

What is it in the world that has changed so radically in recent years? There is, of course, no easy answer, and one is too close to the current era to be able to comment with much objectivity. Yet, I venture to offer a comment since I cannot accept silencing of dissent and intellectual opposition through violence as acceptable in a civilized society. One rather obvious explanation for the growing intolerance in the world is that during the last three decades, nation after nation has moved away from the distributive- economic model for elimination of inequalities, which a range of left-oriented regimes and welfare states traditionally held as sacred, to an inspirational-growth model that conservative political parties and right-oriented states have been promoting.

In this shift from left-oriented economic views to right-oriented ones, the people in these nations have also gradually gravitated towards the political right, which according to Adolf Hitler’s classic—read infamous—formulation believes that ‘society is like a woman who likes to be tamed and mastered by a strong and powerful leader’. For the last several years, the era of the perceived ‘strong and masterly’ leader has started unfolding in most parts of the world, and with this clemency towards violence-prone political regimes, nations have started tolerating extreme right political parties.

Also Read: Textbook Authoritarianism Is Playing out in India

The Parliamentary elections in Spain held last in early 2019 resulted in nearly one-tenth of the elected members being from the ultra-right. On 27 April, the day that Italy has celebrated as its ‘liberation day’ since 1945, the Italian ultra-right took out a parade in Milan with banners showing Benito Mussolini and saluted the banner. The parade and salutation were all in the typical fascist style. In Sweden, France, Germany, Spain, Italy and of course Austria, the rise of the ultra-right during the last few years has further kindled the hopes of these elements. They forged an unholy alliance to fight the European Union elections. How Europe copes with the ultra-right and manages to safeguard the legacy of democracy there is another matter. What matters for us in India is that we have not been able to give enough thought to negotiating the transition from our left economic orientation to the growing aspiration-based model of development without allowing anti-democratic sentiment to rule our heads and hearts.