In 'The Untitled', Gayathri Prabhu Magnifies the Miniature

Here at last is an Indian historical novel that resists the temptation to be intimate with the monumental, using instead the lives of obscure (and imaginary) characters to tell the story of Tipu Sultan's Mysore. 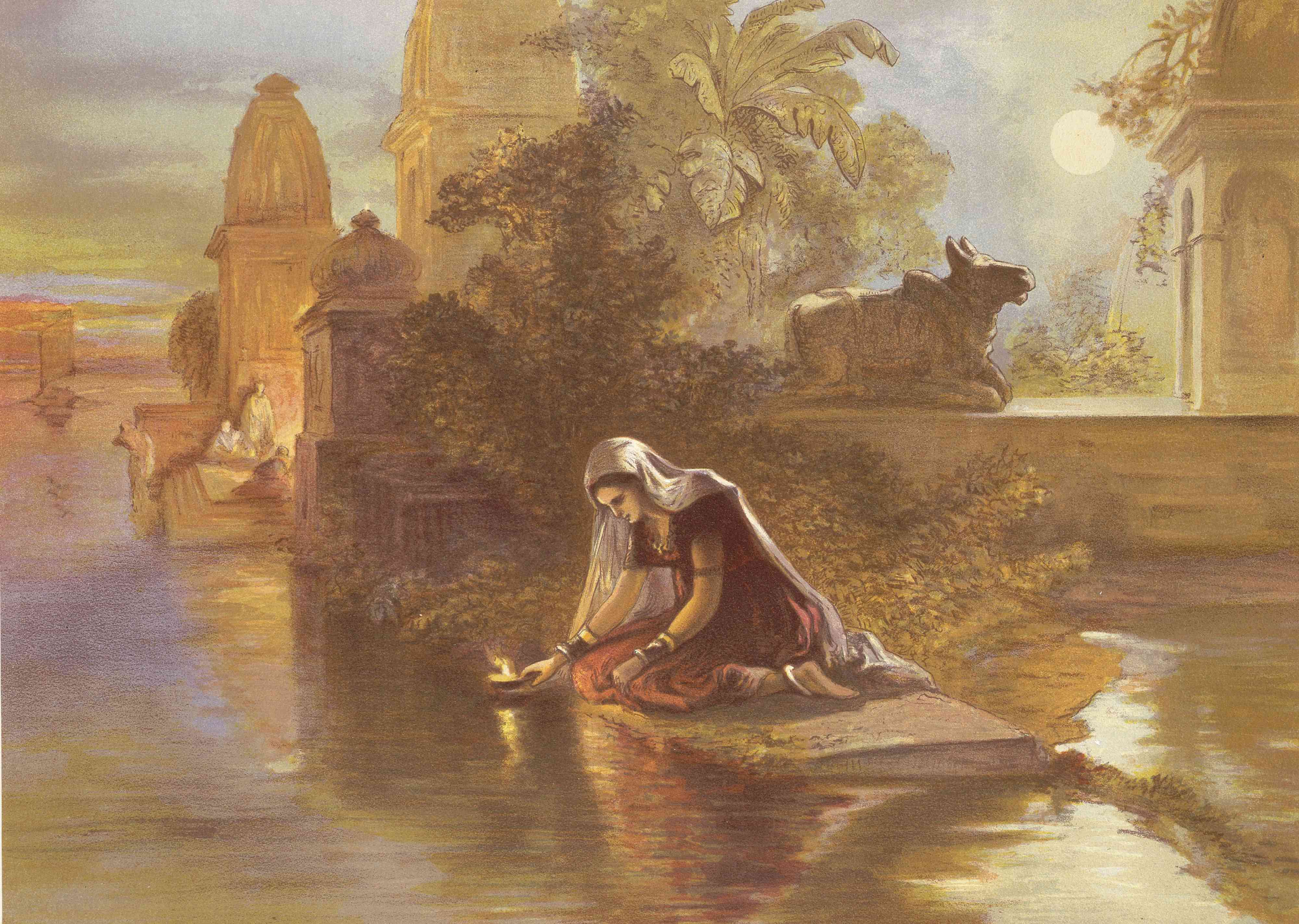 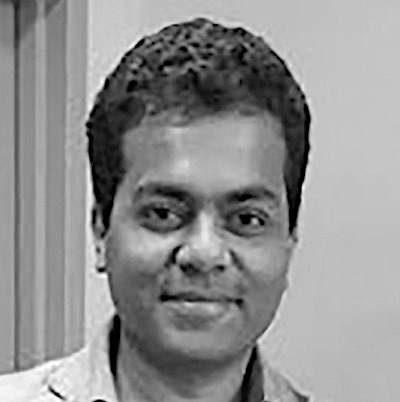 Adopting the model of the medieval Norman-Saxon blood wars brought to literary life by Walter Scott in his early 19th century novels, the dominant tradition of the historical novel in British India dramatised large-scale political conflicts between dynasts.

In each of the late 19th and early 20th century Urdu “Islamic historical novels” of Abdul Halim Sharar of Lucknow, a Muslim hero in medieval Iraq, Arabia, Spain or India enters into a simultaneously erotic and military contest with a non-Muslim heroine, each of them representing a political camp. Each ends with the hero rending veil upon veil of deception, clarifying what was Muslim from what was Christian, Jewish or Hindu and with the non-Muslim heroine, now besotted with the hero, converting to what is presented as the more magnanimous faith of Islam. Sharar’s novelistic valorisations of pre-colonial Islam were his retorts to the denigrations of Islam in the histories of European Orientalists. His Urdu was simple and sensational, feeding off his own contributions to early Urdu journalistic prose.

To South India’s canon of historical novels Kalki and Masti Venkatesh Iyengar contributed famous Tamil and Kannada works, respectively, that confirm this trend: the former’s page-turner from the early 1940s, Parthiban’s Dream, focalises a dynastic conflict between the Pallavas and Cholas through the consciousness of royal characters; while the latter’s 1983 Chikkaveera Rajendra situates its reader mostly within the perspective of the eponymous protagonist, the last ruler of Coorg, during his battle with the British. Both are linguistically thin, plot-driven exercises.

If Indu Sundaresan’s protagonist Mehrunnisa, the Mughal emperor Jahangir’s twentieth wife, in her 2002 The Twentieth Wife is representative of the Indian historical novel in English, then apparently the choice to dwell on and in great historical characters, typically already canonised in India’s nationalist imagination, does not seem to have lost its appeal. 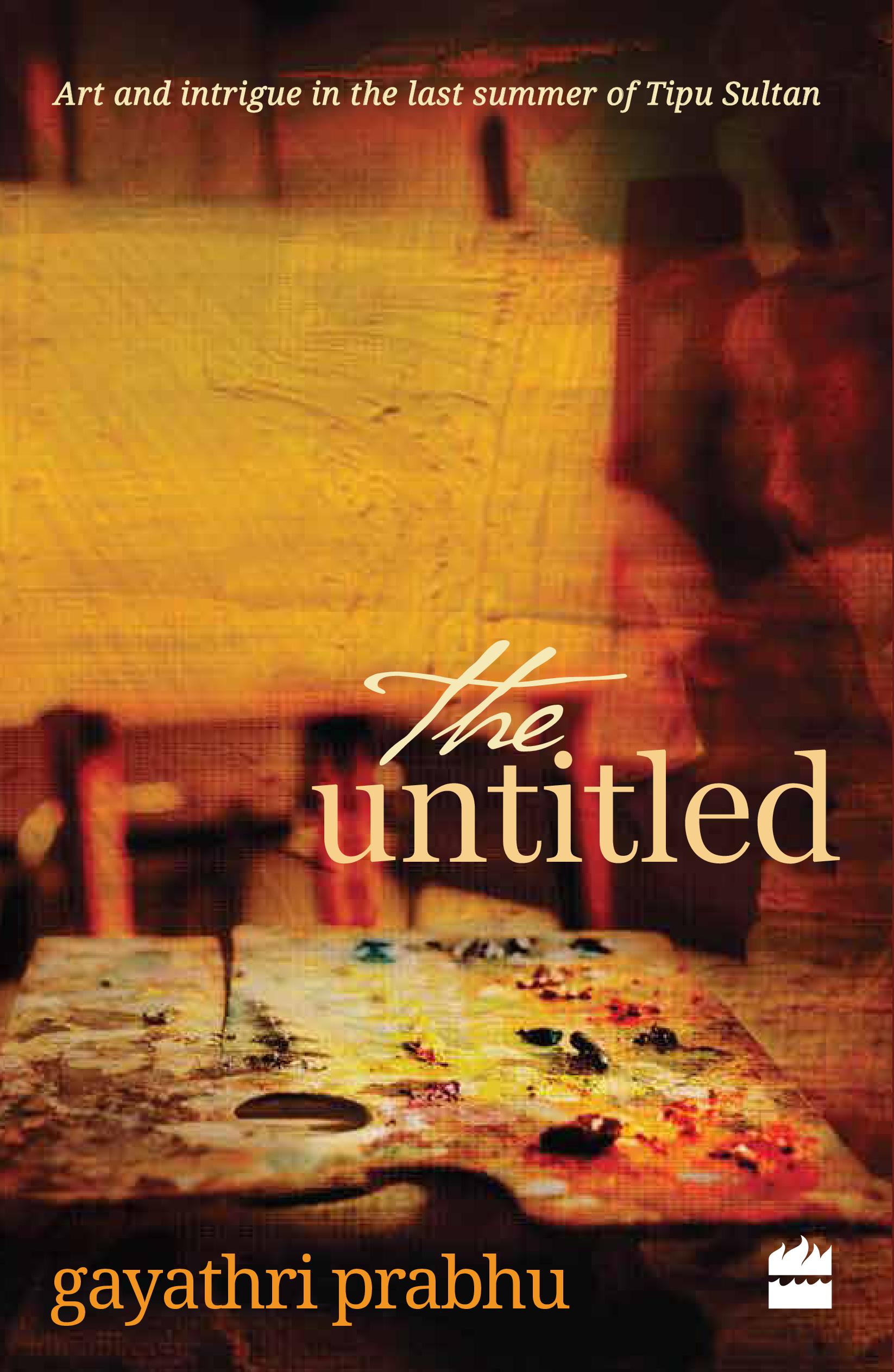 Viewed in this long perspective, Gayathri Prabhu’s 2016 The Untitled breaks with many precedents in the genre. Though mostly set in Tipu Sultan’s court, it does not locate us in the emperor’s consciousness. Rather, we view the Madras and Mysore of 1798-99 through the eyes of Richard Dawson, a young and impoverished English painter seeking better luck in the colonies, and Mukunda, the court astrologer’s son who wants to paint rather than tell fortunes. We also intermittently find ourselves in the mind of Suhasini, young stepdaughter to the imprisoned Wodeyar queen and schemer against Tipu with the British for the Wodeyar cause. It is significant that none of these three characters correspond to real historical individuals and that they are, within the novel’s world, subordinates in local power hierarchies. This choice of subaltern point of view is, of course, not itself without precedent in the historical novel in South Asia or elsewhere. Abdullah Hussein’s 1963 Urdu classic, The Weary Generations, dedicates a whole chapter to recalling the 1919 Jallianwala Bagh massacre entirely from the viewpoint of a fish-obsessed hunchbacked fish seller.

But The Weary Generations has no protagonists who correspond to actual historical individuals. This is what distinguishes The Untitled: the choice to locate (mostly through free indirect speech, a technique scholarship credits to Jane Austen) its readers in the mind, not of Tipu Sultan who remains a mysterious if storied presence viewed through veils of courtly formality, but of obscure characters whose role in the Sultan’s drama is to transmit politically key pieces of information or allow for connections that transform his career. In this sense, remarkably, Tipu Sultan and his ministers Mir Sadiq and Purnaiah, all familiar from historical lore, are in fact minor characters. By a trick of literary lenses, they recede into emotional and physical distance while Richard, Mukunda and Suhasini loom into view.

But this is not simply fiction as counter-history, a tale told to recover subaltern voices. The novel’s preoccupations in large part also lie in its vision of late 18th century South India and of Tipu Sultan’s court in particular as sites of translation. Not just between languages (Tamil, Kannada, Persian, Portuguese and English) but also between modes of representation in painting (European realism and Indo-Islamic idealism). Richard converses with Mukunda, Suhasini and Tipu via Francis, a Tamil-Portuguese half-breed who serves as Richard’s sometimes pig-headed, sometimes timid dubash (from do bhasha or ‘two languages’) or translator.

Colonial India abounded in dubashes. Francis, whose comic character is partly a function of a literary sleight of hand by which we seldom enter his mind but view him from Richard’s or Mukunda’s, stands for a whole class of native informants on whose unacknowledged backs British administrators and scholars built their careers. In Francis we see a comic re-affirmation of the labour of native informants when he sometimes refuses to translate what he deems deadly if mutually understood or when he exceeds his brief by editing or elaborating as he translates. In this sense he resembles Mukunda, whose painting of the charismatic Suhasini Richard eventually steals, finding his own a failure, and puts his own signature to. Their historical contemporary, the philologist William Jones, has been thought by historians to have fashioned his claim to Romantic genius by suppressing his debts to Indo-Islamic intellectuals who discovered the relations between Persian and Sanskrit before him.

A subtler aspect of this concern with translation is the third person narrator’s occasional citation of classic English poetry. Consider the following sentences describing “a picnic in wartime” among our main characters in Tipu’s fort even as the English and their allies close in:

“Even their attendants forgot the habitual servility and joined in the fun. It was a day for ignoring rules, for being grateful that the same burst of life that raced through the green cover of sugarcane fields and coconut groves was in their veins too” (175).

The syntax of the second sentence echoes Dylan Thomas’s “the force that through the green fuse drives the flower / Drives my green age […] And I am dumb to tell the crooked rose / My youth is bent by the same wintry fever”.

By citing Thomas’s classic paean to an energy that traverses plant and human but doing so in terms of distinctly Indian crops and trees, this sentence implies that the English poetic canon offers descriptive resources adequate to an Indian landscape. But it also counter-intuitively implies Thomas’s debts to an Indian landscape. What is more, it cites Thomas’s ode to a primordial upwelling of energy in the context of a carnivalesque overturning of hierarchies that anticipates the imminent overturning of political fortunes.

Then there are the novel’s translations between pictorial traditions. Richard prefers to paint portraits to landscapes, a preference out of sync with his age. Beginning in the late 18th century “the picturesque” designated a style of pictorial representation that domesticated the wild landscapes it depicted even as England’s commons were being enclosed into private properties. The aquatints of Indian landscapes by the brothers Thomas and William Daniell included picturesque views of Mysore made the year after Tipu’s defeat in the third Anglo-Mysore War. It was later by the aesthetics of the picturesque, as the scholar Sandeep Banerjee has shown, that Samuel Bourne, perhaps the most important photographer at work in Victorian India of the 1860s, depicted the Himalayas as vast spaces either voided of native presence or dwarfing it into insignificance and as stamped into order by the British.

Given this pictorial genealogy – the hill-station tourist postcard its terminus ad quem – Richard’s attachment to portraits, in particular of Francis, Tipu and Suhasini, is readable as an insistence on native individual agency, as yet another instance of magnifying what has historically been miniaturised. His one landscape commission that requires him to paint Tipu’s hunt with cheetahs comes to nothing because of clouded visibility: “Not much was visible till the herd of antelopes had disappeared” (127). And he fails to find a stable point of vantage from which to picturesquely master a landscape: “Richard felt a sudden burst of relief that the hunt was over. His legs trembled as he walked back to his drawing materials” (128).

But Richard’s realism in portraiture – glossed enthusiastically to his teacher “The Master” by Mukunda as “copying things exactly as the eye sees it”– is also out of sync with the idealism Mukunda and his fellow Indian painters inherit. The Master, who the Sultan employs to make frescoes in the Indo-Islamic tradition, replies: “A real artist does not know what he likes, my dear boy, but likes what he knows” (146). The Platonism the painting ateliers of India’s Islamic courts cultivated entailed shaping what the eye sees and the hand depicts according to what the mind already knows. In this novel’s counter-history, Richard Dawson’s “untitled” portrait of Suhasini, later displayed “as an original Dawson” during the bi-centennial celebrations of the war that ended Tipu’s life and reign, is in fact Mukunda’s. And we know that Mukunda depicted Suhasini, not quite in Richard’s European realist mode, but in a mode that combined the Indian and the European. The apparently European style portrait of the novel’s title is in fact a translation.

At the novel’s end, Richard, now a successful if joyless London painter, has himself been translated: “He painted with manic energy, all his skills now had a certain instinct and creative recklessness that he had always wished for before. Some of it, he knew, came from watching a gifted apprentice at work, but he never spoke of it” (245).

It should by now be clear what has drawn Prabhu to write of Tipu’s court during its fateful final year. It is not the temptation that has animated Indian historical novels for over a century now – the temptation to be intimate with the monumental. Rather, it is to enter by way of the imagination into what it has meant to be an early modern individual. Among the key referents of “the early modern” for literary scholars and historians have been individuals of no noble lineage who, between roughly 1500 and 1800 around the world, fashioned elite identities for themselves by dint of energy and imagination. The 16th-17th century Nayaka rulers of Tamil country and Tipu Sultan of Mysore are conspicuous examples of these. But Prabhu has chosen to invent early modern characters in the orbit of such better-known and historically attested ones. A down-and-out English painter, a Brahmin astrologer’s son who finds his elite caste an impediment to his artistic ambitions and a queen’s adopted daughter – each fashions an identity and career for herself or himself that bears no relation to her or his ancestral ones. That they do so by exploiting the turmoil of a transition between political orders also offers us a genealogy of the novel in South Asia.

This may be Prabhu’s other motivation in her novel: to draw a map of the novel in the late 18th century when, according to the scholar Catharine Gallagher, it broke with the prior tradition of the romance to offer a distinctly new vision of fiction that we have come to take for granted today: untrue events that are still probable. Prabhu’s wager, taking the form of a historical novel, is that the cartography of this distinctly new idea of fiction included the colonies; and, furthermore, that it was the result of many kinds of translation between languages, codes of visuality and politics so that the novel in South Asia as elsewhere is the creole creation of half-breeds.

Prashant Keshavmurthy is Associate Professor of Persian Studies in McGill University, Montreal, and the author of Persian Authorship and Canonicity in Late Mughal Delhi: Building an Ark (Routledge, 2016).