From the 14th Century, a Sanskrit Political Satire for All Times 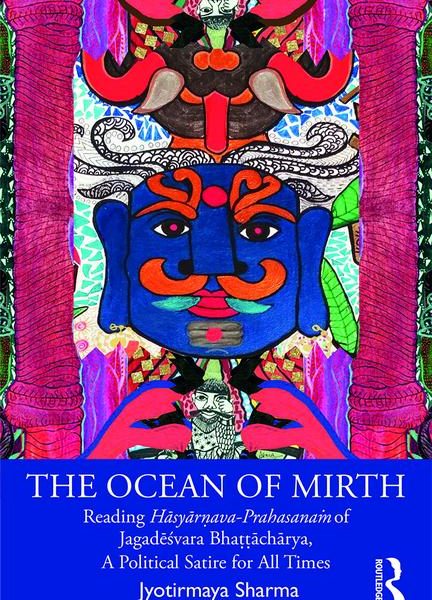 The Ocean of Mirth: Reading Hāsyārṇava Prahasanaṁ of Jagadēśvara Bhaṭṭāchārya, A Political Satire for All Times, Translated with an Introduction by Jyotirmaya Sharma, Routledge, London and New York, 2020, pages xiv + 80.

It is uncommon for political scientists in India to study or reflect upon political life in pre-colonial times. In the few instances of its kind that we know of, the end result has been far from satisfactory. What we come across generally are anecdotal treatments of limited databases and impressionistic generalisations based upon them. This is due as much to lack of familiarity with sources and the languages in which they are produced, as to limited engagements with scholarly literatures concerning them.

Jyotirmaya Sharma’s new book is a delightful departure from this state of affairs. Sharma is known for his unconventional treatment of Indian political life in the twentieth century. His works on the RSS differ from most run-on-the-mill diatribes against the Sangh parivar by recognising the tensions and fissures within the parivar. And few writers have placed in relief the ambiguities in Mahatma Gandhi’s thought or the refashioning that Hinduism underwent at the hands of Swami Vivekananda as forcefully as Sharma has done. His irreverence towards received wisdom is evident in the book under review, which is a slim volume containing a translation and a penetrating study of one of the most lurid political satires in Sanskrit, Jagadesvara Bhattacharya’s Hasyarnava Prahasanam.

The nature of the satire becomes evident at the very beginning of the play, when a servant spy briefs the king of the decline in law in the kingdom. He says, all men have left the wives of other men and embrace only their wives; despite presence of clusters of well-born and learned brahmins, it is the cobbler who mends shoes. Shameless people worship brahmins despite the secure existence of the lower castes (p. 31). The rest of the play lives up to the expectations that these words generate. 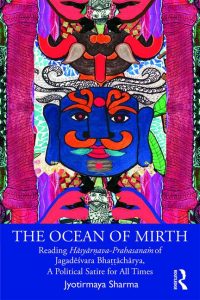 The Ocean of Mirth: Reading Hāsyārṇava Prahasanaṁ of Jagadēśvara Bhaṭṭāchārya,
A Political Satire for All Times,
Translated with an Introduction by Jyotirmaya Sharma,
Routledge: London, New York, New Delhi 2020, Rs 695/-

The Hasyarnava is a short play in two acts. It begins with the arrival of the king and his minister at the prostitute’s house, where the prostitute’s daughter, Mrigankalekha (Streak-of-the-Young-Moon’s-Crescent) is the centre of attraction. The king is drawn towards the girl, but World-Buffoon arrives there as a preceptor to instruct the girl in the art of lovemaking. Attention from the girl deviates with the coming of a few others into the house, but presently World-Buffoon and Tumour-of-Strife come to quarrel over the girl. With the arrival of Blind-with-Passion in the company of Wild-Cock to tutor the girl, things take a different turn. Blind-with-Passion deceives World-Buffoon and makes love with the girl. It is then decided that both World-Buffoon and Blind-with-Passion marry the girl, while Tumour-of-Strife and Wild-Cock are forced to accept Inclined-Vulva. Eventually, Mahanindaka (Mighty-Censurer), who is summoned to officiate over the marriage rites, plays a trick on them and takes the girl away.

The play revels in the disorder of the world without offering an apology for this state of affair. It holds out no promise for a restoration of order. “Is this,” Sharma asks in his Introduction, “a case of inversion of reality? Or is it, as (David) Shulman suggests, an instance of a ‘kind of order that disorder can represent’?” Sharma identifies the situation as “disorder at its best” and goes on to describe it as an expression of freedom: “hierarchies weaken or collapse, insecurity thrives, the powerful torment the weak, the weak retaliate when given a chance, boundaries disappear, wealth gets freed from the dharma-framework and so does erotic love, well-worn pieties dissolve, derisive laughter resounds, mediocrity triumphs, creativity finds release, fidelity to customs and traditions dissipates, rituals become meaningless, judgement flounders. It is this breach in the dharma-fortress that constitutes an instance of freedom” (p. 12-13). Freedom, Sharma argues, “is artha and kāma freed from the stranglehold of dharma” (p. 13). 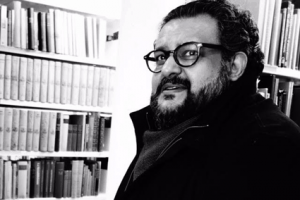 The discussion in the Introduction places the Hasyarnava in the context of treatises on statecraft contained in Sanskrit texts such as the Dharmasutras, the Dharmashastras (especially, the Manusmriti), the Arthashastra, the Mahabharata and the Dandaviveka. The reflections made in the light of political precepts contained in these texts urge us to read the play as a spirited commentary on the political life of the times in which it was composed.

Sharma observes that the king and his entourage violate all norms of erotic love recommended in texts such as the Arthashastra and the Kamasutra. There is another important angle to this violation. In his evaluation of the opening verses in which the playwright depicts Shiva and Parvati in amorous sport, Sharma draws parallels with analogous passages in the Shivapurana, Kalidasa’s Kumarasambhavam and Jayadeva’s Gitagovinda. He highlights the tantric influences on the Hasyarnava, especially of Sahajiya Vaishnavism in Bengal, but at the same time, acknowledges the possibility of alternative influences too, which include a few comparable descriptions in the Brihadaranyaka Upanishad and the Aitareya Brahmana. This makes the Hasyarnava a text of “fascinating complexity,” one that “encourages us to look at the past with new eyes, if only because our sense of the past is increasingly inadequate, our sense of reality simplistic and we lack sense of the innumerable ironies, tensions, contradictions and paradoxes that fabricated our imperfect but colourful world” (p. 18).

If the Introduction is instructive in more ways than one, the translation that follows is no less marked by erudition. The satire comes out with great force and vibrance in Sharma’s rendering. The ease with which he brings verbose Sanskrit lines to English shows his great sensitivity towards the poetic heart of both languages. It will not be an exaggeration to state that future translators rendering literary works from Sanskrit to English will find a formidable challenge in the standards that this work has set.

Jyotirmaya Sharma has given us a wonderful little book to relish and reflect upon. In the disorderliness that characterises our times, The Ocean of Mirth provides an invaluable moment to ruminate over the limits and possibilities of desire, power, fear and freedom.