Review: 'Fear of Lions' Tells the Tale of an Unlikely Mughal-Era Rebellion

Amita Kanekar's book focuses not on the failure of the Satnami revolt, but on the fact that even failed rebellions leave an impact. 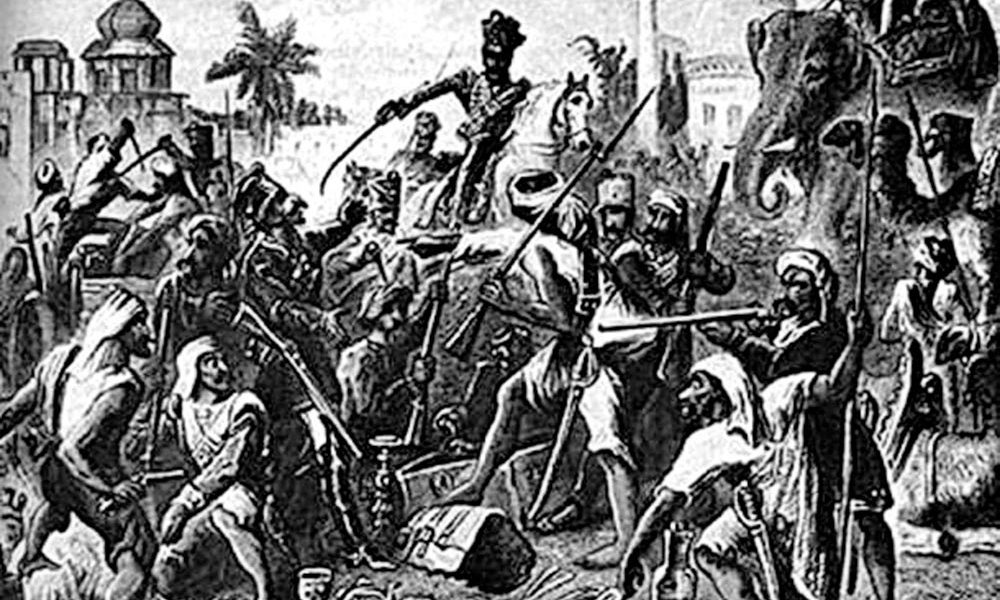 The Satnami revolt looms large in this work of fiction. Photo: Wikimedia commons

The year is 1673 – 15 years since the last Great Mughal, Aurangzeb Alamgir ascended the throne, master of all the grandeur, a massive landscape, vast riches that are the envy of the world, especially to the eyes of the New World, Europe. The initial hiccups of succession to the throne, following the very bloody war of succession, have subsided and some more bloodshed in battles is still a long way off. There is peace everywhere. Peace and prosperity all around.

Unexpectedly, and all of a sudden, the peace is challenged. The challenge is not from the usual suspects, disgruntled princes or nobles, but from an unheard-of origin: in Narnaul, not too distant from the seat of imperial authority, Delhi where an unusual assemblage of cultivators, artisans and small traders had killed the piyada of a high noble in retaliation to his killing of a cultivator over some petty dispute.

The group of the subalterns was unusual in that it had organised itself in defiance of the dominant, indeed overwhelming caste and religious hierarchies and sought to create a relatively egalitarian community with no distinction of caste, religion and even, to some extent, gender. It had even armed itself, including its women, with muskets. It had given itself a new name: Satnamis, seekers or followers of truth. It is this historically authentic revolt, or rebellion as Amita Kanekar prefers to designate it, that looms large in this work of fiction. A prominent subaltern figure that also looms large is that of Kabir. If Kabir had taught the virtues of mutual acceptance, a lesson imbibed at the highest levels by Akbar Padshah and his brilliant courtier-intellectual Abu’l Fazl, it was imbibed by the people at the ground level too, the cultivators and artisans, men and women, to stand up against injustice whether of social tradition or of imperial authority.

In the end, the Satnami revolt is crushed. Kanekar does not dwell upon the revolt’s failure very much. Implicit in this is the assumption that even failed rebellions leave an impact behind. They rattle the established structures like the roar of lions rattles an encompassing peace. Another, a somewhat quieter sort of rebellion, is also delineated here, indeed one which opens the book: the daughter of a very high Mughal noble, betrothed to the son of another high noble, steals away for a rendezvous with her lover, a Rajput, also located in Narnaul.

Her servants take grave risks to assist her in the venture. This individual rebellion is no more successful than the one on the bigger, social scale, for the lover, while acknowledging the relationship, sends her back to her father who sends her to the dungeon in his haveli from which no one ever escapes.

Kanekar is thus drawing us not to the successes of acts of defiance but to their significance: that the most highly organised structures, social, political or administrative, also have spaces where divergent voices can be raised and heard. She has done extensive research in Mughal history, especially in the working of the state at the lower or ground level where bending of these structures is slightly more accessible.

The impact of the work of several reputed historians of the period on her telling of the story is palpable. The story becomes a fascinating weaving of history with the writing of fiction. Her sound grounding in the late Mughal history gives her fiction a close appearance of that reality even as fiction never loses its identity. However, it’s a slightly demanding reading if the reader is not, or only vaguely familiar with that reality.

Harbans Mukhia is the author of the Mughals of India.