Kancha Ilaiah Shepherd's terming of upper-caste traders as 'smugglers' who do not have any empathy for the lower-caste poor has not gone down well with the Arya Vysyas of Andhra Pradesh and Telangana.

The concept of ‘social smuggling’ that I coined in my book Post-Hindu India has generated a law and order issue created by the Arya Vysya organisations of the two Telugu states.

The Vysya associations have issued a death threat to me for applying this concept to the Vysya model of caste-based business, historically leading to a massive amount of wealth being hidden underground called ‘guptha dhana’.

The chapter titled ‘Social Smugglers’, which was first translated by Msco Publishers in the whole, was published by a small local book seller with the title Samajika Smugglerlu: Komatollu. This booklet is being burnt all over Andhra Pradesh and Telangana to pressure the state governments to ban it. In this context, the concept of social smugglers needs to be examined at some length.

The process of social smuggling started from the post-Gupta period of 5th century AD and continues to operate even today. Till British colonialism came to India, the completely caste-controlled business was only in the hands of the banias. Even the British did not touched the caste-centered business from the villages upwards, including the ritual economy around Hindu temples.

Wealth and gold was also hidden in the temple treasuries without allowing it to re-enter market transactions. This whole process of wealth accumulation by exploiting the labour of the productive masses, drawing it into a caste economy and not allowing it to plough back into society, cannot be understood by the concept ‘exploitation’ that was very apt for the West.

Indian exploitation has a massive component of the use of caste ‘social borders’ to control the accumulated wealth within that border of heavily exploited wealth. It was used by the traders for their good life and gave enough to the temples for better survival of priests. The remaining surplus was hidden under ground, over ground and also in the temples. This process did not allow the cash economy to come back in the form of investment either for agrarian development or for promotion of mercantile capital. This whole process is nothing but social smuggling. The wealth did not go outside India but did get arrested and used only within the caste borders.

This process is continuing even now in different modes. In all grain markets, the Shahukars are the main buyers of the produce who get it for very low cost from the farmers and sell the same goods for huge prices. 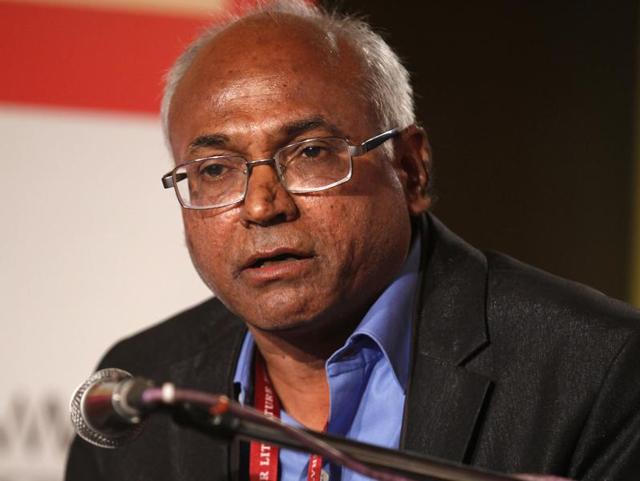 Let us take rice, for example. Paddy is bought from farmers at a very low price by the Shahukars. They convert the paddy into polished rice in their mills and sell back to the same producers for a five-six times higher price. Same is true for cotton, chilli and so on. The largest rice mill owner network is controlled by this caste. From this to pushing the Indian economy into the monopoly of the Ambani-Adani massive ‘caste control of capital’ has become possible only because of social smuggling.

From the Bombay mills to all petroleum products, ownership is established by a mix of class exploitation and caste business encirclement. This trader caste-based encirclement does not allow any other caste business person to survive.

The second major character of, thus, socially smuggled economy is that it does not have any human empathy for the lower caste poor. The poor among the same caste get some help but the wretched of the earth – the Dalit, Adivasi poor – do not get sympathetic treatment. They are not able to establish some social justice fund in their caste organisations, like the Muslim rich do in the name of zakat for the poor of their own religion. The upper castes claim that the SC/ST/OBCs are Hindus. But they never share a rupee with them in the ritual or social realm.

Class exploiters in the West have a social investment fund. Willing preferential treatment for blacks and poor and so on are some of the aims. The Social Smugglers do not even have that kind of God-feared empathy. Hence, the lower caste poor die of starvation, hunger and distress generated suicides. The rich people’s wealth accumulation has no limits.

It is this socially smuggled economy that does not want to allow even preferential treatment to the Dalit/Adivasis/OBCs by providing employment in the shops and companies. These masses have been asking for reservation in the private sector for decades. And as soon as such concerns and demands are raised, the Shishakar anchors shout in union ‘Merit is dead.’

Caste economy established its own borders within the nation state. This issue could not be addressed within the framework of class exploitation. The notion of social smuggling no doubt, has to be developed much more in the future. But I made a small attempt in my book Post-Hindu India and it has brought the richest caste of India onto the streets.

For this they are burning my effigies all over the Telugu states for the last few days. Death threats are being issued. But they can be stopped only by counter mobilisation of all Shudras (Kammas, Reddys, Jats, Patels, Marathas, OBCs, Dalits, Adivasis so on). All these communities are still operating mainly in the agrarian sector and small entrepreneurship. In the Shahukar economy, they are very few and continue to be victims of the social smuggling process in the Indian caste economy. Let our economists debate this notion of social smuggling.