The book 'The Case That Shook the Empire' is a deep dive into the aftermath of the Punjab massacre and the unique role played by Sir Sankaran Nair at that time. 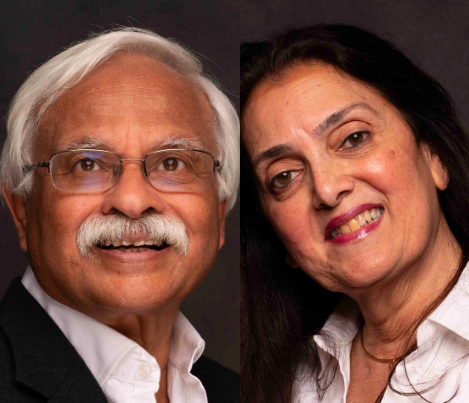 Sir Chettur Sankaran Nair was a well known public figure at the beginning of the 20th century. He had been a president of the Indian National Congress in 1897 and then, was elevated to the bench of the Madras high court as a judge and been knighted in 1912. In 1914, he was invited by the Viceroy Lord Hardinge to become a Member of the Viceroy’s Executive Council, the highest governing body in British India. He was the only Indian member of the Council.

When Lord Chelmsford sent his recommendations for reforms that advised that more time was required before Indians could be placed in higher positions, he dissented. His dissent came to the attention of the then Secretary of State for India, Austin Chamberlain who agreed with Sir Nair.

Sir Nair was in the Executive Council when the massacre at Jallianwala Bagh took place, and martial law was imposed in the Punjab. Even in this exalted position, he had not been aware of the horrors that were occurring there as press censorship was so severe in the Punjab. When news trickled down he was horrified that he was part of a government that had permitted these atrocities and resigned.

He went initially to England to fight for the right of Indians to govern themselves and later, on his return to India, wrote a book in which he blamed the then Lt. Governor of the Punjab, Sir Michael O’Dwyer for the atrocities that were committed. As Sir Nair refused to apologise or retract, O’Dwyer sued him for defamation at the Court of the Kings Bench in London to be tried by an English Judge and Jury. It was this case, that was followed by the entire world, that resulted in the world coming to know of the Jallianwala Bagh massacre and the British government’s atrocities.

In this excerpt from the book The Case That Shook the Empire, authors Raghu Palat and Pushpa Palat describes the events after the massacre.

But the news did trickle through, and Indians were appalled at the callous manner in which innocents had been massacred in Jallianwala Bagh and the horrors of martial law. These were viewed as yet another clear indication of British racialism and as an affront to Indians. Political intelligentsia now lost faith in British justice and rule, as did the rest of the people. There was a sense of intense outrage across India.

Edwin Montagu was at this time in London and had not really appreciated the enormity of the horrors of Jallianwala Bagh and the Punjab because he had not been given the entire story. The Government in India had only forwarded Deputy Commissioner Irving’s initial report that there had been 200 casualties.

Lord Chelmsford even stated that the ‘effect was salutary’. However, Montagu received reports from newspapers published outside the Punjab such as Bombay Chronicle and he asked the Viceroy for more information on the shooting in Amritsar, the imposition of martial law and the manner in which it was imposed.

Chelmsford sent a telegram to Montagu on 21 May 1919 with the estimates of casualties at Delhi, Amritsar, Lahore, Ahmedabad and Calcutta, mentioning that about 6 or 9 Europeans and about 400 Indians were dead. He was also told about the imposition of martial law and the crawling order.

Chelmsford’s detailed report dated 7 May, which Montagu received on 8 June 1919, upset him. The crawling order was particularly obnoxious.

He immediately telegraphed the Viceroy:

‘Dyer’s judgement and temper have in my opinion proved so unreliable that I am of the opinion that he cannot be fit to retain command. I consider it very undesirable that he should continue in the army of India…I think you should relieve him of his command and send him to England.’

Lord Chelmsford, aware of how popular Dyer was with the army and Britishers in India, said Dyer’s prompt action had saved the Empire.

‘I was extremely sorry to get your telegram with regard to Dyer, not that I think it was unnatural in the circumstances… I have heard that Dyer administered Martial Law in Amritsar very reasonably and in no sense tyrannously. In these circumstances you will understand why it is that both the Commander–in–Chief and I feel very strongly that an error of judgement, transitory in nature, should not bring down upon him a penalty which would be out of proportion to the offence which must be balanced against very notable services which he rendered at an extremely critical time.’

Montagu’s reaction to this telegram shows his concern.

‘I have again deferred on this matter to your opinion. I should not have complained if Dyer had lynched those who attacked the lady missionary. It was the savage and inappropriate folly of the order which roused my anger… I cannot admit that any service Dyer has rendered anywhere can atone for action of this kind, and I am very much worried that he should escape punishment for an order, the results of which are likely to be permanent.’

Meanwhile, the All India Congress Committee passed a resolution in Allahabad on 8 June demanding an enquiry into the actions of the British and requested Sankaran Nair to go to London to lobby for one.

Nair was increasingly uncomfortable and disillusioned by the events, especially when he discovered that Lord Chelmsford had in fact approved of the actions in the Punjab. ‘That to me was shocking.’ 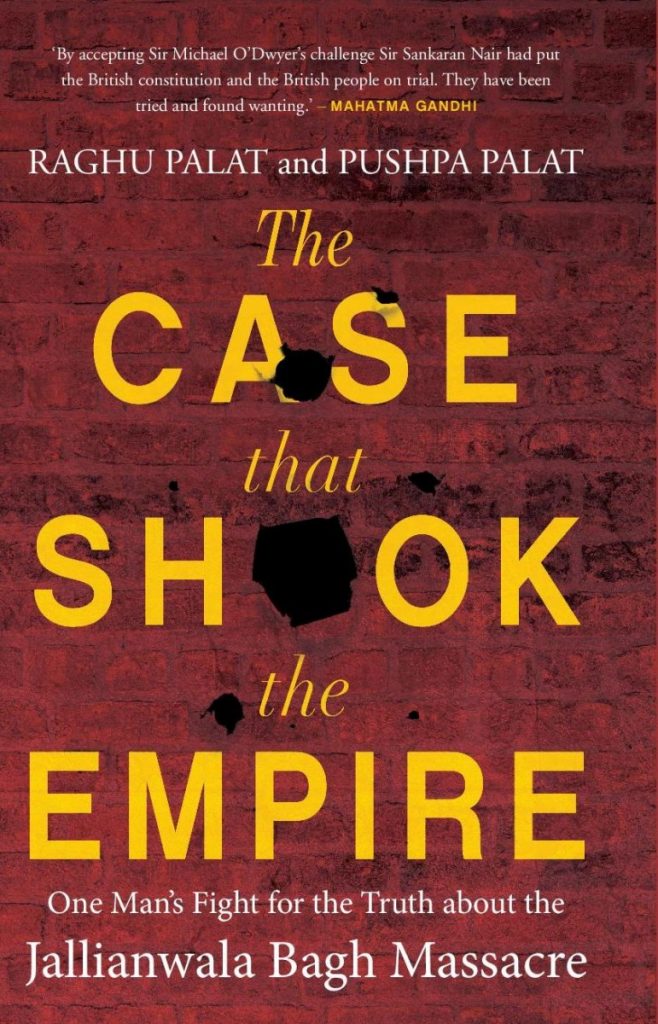 The Case that Shook the Empire

Sir Nair wanted to resign from the Council, but was dissuaded by Charles Freer Andrews, an influential priest and friend of Mahatma Gandhi, Annie Besant, Motilal Nehru and others. They wanted him to advance India’s cause from within the Executive Council in which he was the only Indian member.

Andrews had been a priest of the Church of England who had come to India as a missionary. He had instead fallen in love with the country. After meeting Indian leaders and seeing the plight of Indians, he became an active supporter of the Indian nationalist movement.

Nair asked Andrews to meet Lord Chelmsford and seek his permission to visit Lahore, then capital of the Punjab. But when Andrews met Lord Chelmsford and obtained permission to visit Lahore, the Viceroy flew into an apoplectic rage and asked him whether Indians had now realised what it meant to goad an Englishman when Andrews broached the matter of martial law excesses.

On hearing this, Sir Nair became even more determined to resign but Andrews requested him to continue until he returned from Lahore. Unfortunately, Andrews was arrested on his way to Lahore and sent back ignominiously.

Nair resigned from the Viceroy’s Executive Council on 23 July. Soon after, he was called in by Lord Chelmsford for a final interview to the Viceregal Lodge. As soon as he entered the mock-Tudor palace designed by Henry Irwin, he was escorted to the Viceroy’s study.

A giant portrait of the monarch was placed above the impressive, perfectly-polished mahogany table and dominated the room. The Viceroy rose from a straight-backed but ornate, maroon, velvet-upholstered chair embossed with the imposing crest of the British Empire, and gestured for him to sit on another equally ornate chair in front of him. This was not an occasion that involved the exchange of pleasantries.

Once they had both settled into their chairs, Lord Chelmsford politely expressed his regret in receiving Nair’s resignation. Then, with no real interest in Sir Nair’s opinion but with typical British courtesy, the Viceroy enquired whether Sir Nair could suggest someone as a successor. Sir Nair, sensing the Viceroy’s disinterest and unconcern for anything an Indian had to suggest, found it hard to resist one last dig.

Looking directly at the Viceroy and speaking in a solemn tone, as though he had given this matter very serious thought, he said, ‘Yes’ and pointed to the turbaned, red- and gold-liveried peon standing ramrod straight by the giant doorway. Sir Nair, still perfectly straight-faced, continued, ‘That man there, Ram Parshad.’

Lord Chelmsford almost shot out of his chair. Nair replied, ‘Why not? He is tall. He is handsome. He wears his livery well and he will say yes to whatever you say. Altogether he will make an ideal Member of Council.’ Leaving the Viceroy speechless, Sir Nair warmly shook his hand and quietly exited the chambers.

Nair’s resignation stunned the nation. The immediate outcome was that press censorship in Punjab was lifted in three days. O’Dwyer announced four days after Sir Nair’s resignation that martial law would be terminated, and it was so done within a fortnight.

With Nair’s resignation, Montagu now asked Chelmsford to hold an inquiry on the Punjab disturbances. The Viceroy reluctantly agreed and the Hunter Committee was set up in October 1919, to be chaired by Lord William Hunter, a Senator of the College of Justice of Scotland.

Its purpose was to determine what exactly had transpired in Amritsar and in other parts that year. Four of its members were British and three Indians.

Raghu Palat is a banker and chartered accountant. Pushpa Palat is a veteran journalist.