In an excerpt from the book 'Indian Democracy Origins, Trajectories, Contestations', two feminist sociologists – Raka Ray and Srila Roy – discuss the trajectory of feminist politics in India over the last several decades.

Women at a protest to mark the one-year anniversary of the 2012 Delhi rape case. Credit: Reuters

Srila: I have been especially interested in drawing out some of the implications of these processes of NGOisation and transnationalisation for activism and for activists on the ground. For one, activists began to work with the state in ways that a previous generation of feminists might have been averse to. They became directly implicated in the expansion of state logic and governance.

In addition, we see the inclusion of activists into fields of governance – both state and non-state – or, into the bio-political management of a particular population group. So suddenly, women’s groups and more recently, LGBT groups have started to be directly involved in the management of populations defined as “vulnerable”, namely, women, LGBT-Queer, and more recently those defined as ‘transgender’.

NGOisation, in particular, also meant that feminist and queer activism entered a competitive ‘market of activism’ where activists and organisations had to now compete for limited pockets of domestic and transnational funds and social capital. The ability to demonstrate expertise of a certain kind – whether to do with gender or sexuality – made a huge difference to who got funded and ultimately, how feminism itself was reconfigured as expert know-how.

Besides institutionalisation and NGOisation, we have witnessed some other kinds of exciting developments in Indian feminism, especially in the 2000s. Here I am thinking of the rise of particular campaigns and movements around women’s issues, sexual violence and gender justice, of which the anti-rape protests at the end of 2012 in Delhi were, of course, emblematic.

At the start of the decade – and leading up to the Delhi protests – were a number of spontaneous public protests and vigils led by middle-class youth in urban areas (especially, Delhi) in response to high-profile cases of violence against elite women. These protests were comprised of people – ‘ordinary citizens’ – who were not necessarily affiliated to the IWM or to left or progressive groups.

Also Read: How to Make Our Cities Safer for Women

They exemplified a new trend in urban India of ‘middle-class activism’. The anti-rape protests in Delhi took this trend to a crescendo, given the explosion of protest-action around rape and gender justice, undertaken by people who were not affiliated to political parties, who were not part of the IWM, and who might not have even called themselves ‘feminists’. What was so interesting about that moment was the wide dispersal of feminist ideas and the ability of ‘feminism’ to hail all sorts of people and publics to differing and even oppositional effects.

Two opposing camps have been retroactively read into that moment of protest. One, which has been called – and of which Kavita Krishnan became the ‘poster-child’ – the azadi or the freedom camp, that called for greater freedom for women in the face of the tendency to curtail their freedoms in the name of ‘safety’.

The opposing camp appeared invested in discourses of protectionism and victimisation in asking for greater protection by the state including via the death penalty and even castration of rapists. The legal scholar Pratiksha Baxi has described the latter as a “retributive public” and traced the Indian state’s eventual deployment of the death penalty to address the problem of sexual violence to the demands of this public.

What I want to underscore about this moment is the explosion of a feminist common sense which went hand in hand with a crisis about what, in fact, feminism was. What was feminism if you could ask for the death penalty in its name?

At the same time, however, in the course of the 2000s, we saw more explicitly and self-consciously feminist campaigns and struggles, especially around the issue of women’s public safety. Here I am referring to campaigns that both preceded the Delhi-rape, and became more visible after, like Pinjra Tod, Why Loiter, Blank Noise, and an Indian version of the international Slutwalk marches in 2011, and the 2009 Pink Chaddi (or Pink Panty) campaign, which encouraged Indian women to mail underwear to members of a right-wing group that had attacked women drinking in a bar for being ‘un-Indian’.

Common to many of these campaigns was their strongly middle class and metropolitan characters. While activists in the IWM had always been middle-class, the anticolonial and socialist roots of the movement meant that class was privileged over all other social variables. The mainstream IWM very consciously spoke on behalf of the subaltern – the rural, impoverished or ‘underdeveloped’ woman – and was often quite defensive, if not erasing of its own middle-class status and subjectivity.

By contrast, the young women who were part of these ‘new feminisms’ were not defensive about being middle class and metropolitan – or borrowing from the West. They were unapologetically mobilising around issues that had particular relevance to them – such as women’s public safety – but they also argued that addressing these issues would have wider implications across class.

Also Read: Brands Must Stop Pushing Consumerism Under the Garb of Women Empowerment

Raka: I want to take up the question of the troubling effects of transnational NGOisation and the campaigns you referred to earlier. The funders or the parental organisations of these NGOs often work through a series of campaigns such as 1 Billion Rising, or 16 Days of Activism to End Gender Based Violence, or even global celebrations of International Women’s Day. 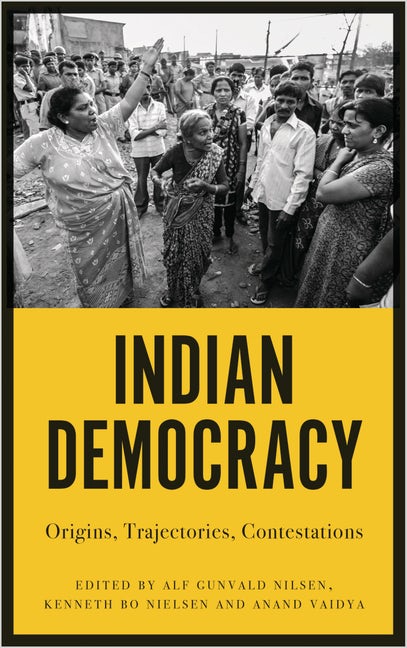 The way these campaigns work is that they give local groups a limited supply of money but also a supply of themes and memes, which the local NGOs are then supposed to localise. However, the themes themselves actually come from the US, or the UK, or wherever the funder is located, and local NGOs are supposed to indigenise these themes.

This leads me to think that while feminist theorising in many parts of the world, from the US to South Africa to India, has come a really long way, in that we are far more nuanced about how caste or race and religion and gender identity work together, for example – these campaigns are not similarly nuanced. They continue to be universalist.

In the One Billion Rising campaign (the brainchild of American playwright and activist Eve Ensler), for example, women all over the world are supposed to rise up together in a dance against violence against women. This presupposes many things: similar causes and effects of violence across the globe as well as similar costs of occupying public space.

The primary understanding of violence is domestic and interpersonal, not carceral, custodial or caused by the armed forces of a nation. It is as if none of the theorising, that has happened to understand different structural manifestations of violence, has any relationship to the way in which violence against women is constructed in these global campaigns. So, while groups at the local level try to interject more nuances about, say, caste, I think that there is a huge disjuncture between the very sophisticated feminist analysis that understands that caste and religion, class and gender are co-constituted and these global campaigns, which, by and large, do not.

In addition, in thinking about the level of the global, we have to understand that global organisations increasingly work with (and here I refer not just to organisations around gender but organisations that work around education, health etc.) what I call a “modular approach.”

Also Read: The Gap Between the Feminist Understanding of Sexual Violence and the Law

Feminist scholar Gowri Vijaykumar who has done some wonderful work on HIV/AIDS and sex worker activism in India, shows how the Gates Foundation looked at the success of Sonagachi in Kolkata, and then tried to package that success into a module and ship it around — to Bangalore in India, and to Nairobi in Kenya. But with every move, they left further behind that which actually made Sonagachi initially successful in Kolkata, which was the intense participation and political engagement of sex workers.

When the model was moved to Bangalore, political engagement formed a negligible part of it, and by the time the model got to Nairobi, it was centred on the enumeration and classification of sex practices in order to guarantee safe sex, and the idea, that sex workers had the knowledge to contribute to their own health, was now irrelevant. I think that we are in a world where these modular forms of intervention are becoming more and more popular around sex work and around violence, and I think that’s worrying.

Srila: I agree but I want to caution against overstating the argument about the global configuring the local. Again, the Delhi protests are a really good example of the way in which a local event – the rape and murder of Jyoti Singh Pandey – traveled much farther than most events of this sort and produced ‘transnational knowledge’ around violence against women. The anti-rape protests were evoked in different contexts, like the US or even in South Africa, not just as a commentary on India being the ‘rape capital’ of the world but also as India becoming a model of how to resist sexual violence.

My point is that it is not enough to say that the North sets the agenda in terms of gender justice and the South simply replicates the same. Empirically, we can see this quite easily from the time of the 1995 UN Fourth World Conference on Women in Beijing, the culmination of a series of UN sponsored conferences that began in 1975. Southern NGOs and organisations started to determine the agenda; they set, in other words, the agenda in terms of which issues could count on a global scale, such as violence against women.

Also Read: Dismantling Sexism in Delhi University, One Ugly Custom at a Time

I think your assessment holds, however, for the ways in which these Southern organisations eventually do their work at an everyday level. Here, I have observed in relation to my own work with Kolkata-based NGOs how they often reduce gender to something very narrow or reified, or to something that can be replicated in various contexts. I suppose my only point is that I do not think these kinds of dynamics are only driven by the North than by all these multiple forces working at multiple scales.

With regard to “NGOisation”, I want to make a final point about how this term is not employed to refer to something empirical alone; it is, in fact, morally loaded. ‘NGOisation’ makes a normative claim about what NGOs are doing to feminist and other kinds of politics and struggles (generally, as depoliticising or coopting them).

Such a normative framework makes some kinds of empirical changes legible but it also invisiblises others. Often, what is invisibilised is just how heterogeneous NGO practices are on the ground. NGOs – particularly women’s or feminist NGOs that are working on gender issues – are also huge employers of young, middle to lower middle-class women.

Very often – as I have observed in my own work – it is these women who become inadvertently politicised especially in the face of the lack of politicisation on university campuses or strong left-wing movements since the 1970s-1980s. So, the emancipatory possibilities of feminist NGOs can, perhaps, be seen in terms of these women as opposed to the intended ‘beneficiaries’ or ‘clients’ of NGO work.