Review: From Noir Fiction, Lessons in Morality from China

Is it possible to endure, morally, in an immoral regime which may not fall, especially if you are a cog in that machine? 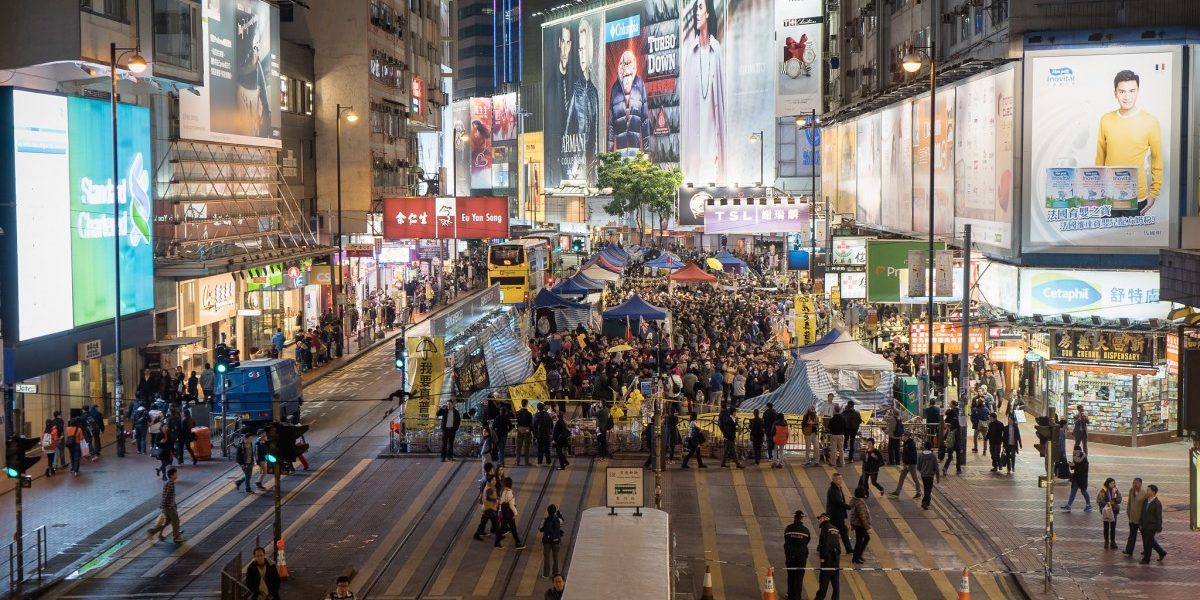 Fiction is often described as the stories of ordinary people in extraordinary circumstances. By using relatable characters faced with complex, difficult situations, a good work of fiction allows us not just to travel into the experiences of others, but also forces us to explore our own, often shallowly-understood, opinions. Of the many genres noir fiction, a subset of crime or detective fiction, is in some ways the most morally complex. In noir fiction, the main character is usually flawed, and they are usually operating in circumstances which are also morally flawed. While this can often degenerate into two-dimensional tellings of a hard-drinking, womanising private detective facing off against corrupt officials, egged on by a femme fatale, the genre can be extended to look at some of the most morally challenging situation of world history.

Two forms of this type of fiction, one movie, and one detective series, are excellent examples of how noir can allow us to relook at a world, examine human motivations, and come to a newer understanding of settled ideas. Both are set in Germany, one in the Nazi era, and one during Communist rule. The film is the 2006 Oscar award winning, The Lives of Others, in which the main character, a Hauptmann, or Captain, in the dreaded East German secret police, the Stasi, ends up helping a playwright. The inner transformation of the character, from one committed to his calling, to one who gradually allows his sympathy for the target of his monitoring to transform him into a moral actor, was beautifully performed by the German actor, Ulrich Mühe. 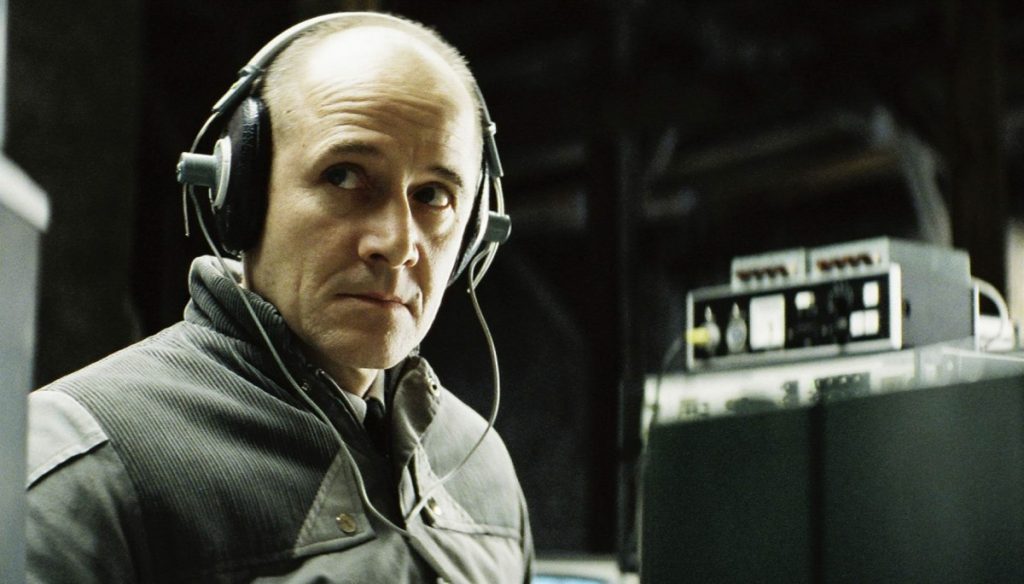 Ulrich Mühe in a still from the German movie The Lives of Others.

In Philipp Kerr’s Berlin Noir trilogy, the main character does not transform, but the state does, as the Nazis complete their takeover of Germany in the late 30s, and continues on to the post-World War II occupied Germany. The main character, Bernie Gunther, is a former policeman who, because of his unwillingness to become part of the Nazi regime, is eased out of his job. As a “normal” German, he chronicles the corruption, crudity and evil of the new regime, while working as a private detective. The series is outstanding in its ability to show the horrors of the regime without falling into the trap of trying to “explain evil”, sketching the main characters of the horrors, people like Himmler and Goering, without undermining how terrible their actions were.

Nevertheless these examples of fiction, as enlightening as they are, fail to answer a key question. Both the Nazi state and East Germany fell. The regimes of cruelty ended. You can show how people hold onto a moral vision when the regime that elicits their disgust is going to fail. What happens if that is not an option? Is it possible to endure, morally, in an immoral regime which may not fall, especially if you are a cog in that immoral machine?

This is an increasingly important question in today’s world, where in numerous instances – whether in democracies or non-democracies – people live under regimes which they consider both immoral, but also ones whose overthrow is unlikely. This is where Qiu Xiaolong’s Inspector Chen series is such an important intervention. The ten books of the series, published between 2000 and 2016, map the career of a Shanghai police inspector Chen Cao, from the early 1990s to near the present day. In their own way, they are a testament to how China, a country that seemed to be on its last legs after the fall of the Berlin Wall and the Tiananmen Square massacre of 1989, has gone on to become a state that now challenges the world with a new way of being. Importantly the series is a view from the inside. Qiu Xiaolong was in the US when the Tiananmen Square protests broke out, and was advised to stay there by friends after being told he was on a list that the Chinese state had made of “undesirables”. When things calmed down, he made multiples trips to his home country, and the series is suffused with the taste and feel of a changing China.

Also Read: Tiananmen Square and the Rise of Chinese Science Fiction as a Mode Of Dissent

For many Indian readers, the circumstances will be intensely familiar: Chen’s reverence for his dead father and aged mother and the mother’s concern that he find a “suitable girl” to settle down with, and her pride at her son’s upward social mobility are easy to relate to. Even more is the culture of “favours”, not exactly bribery as such, but a corruption of systems of behaviour that favour the ones with connections of “high cadre” individuals, those with money and the many profitable shortcuts made by an entrenched elite of state administrators and the businessmen they favour – who return those favours with interest while the rest of the population looks on with envy. 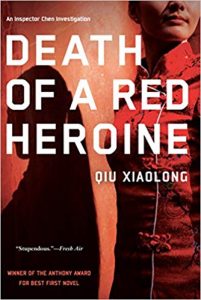 Beginning with a bang with Death of a Red Heroine, Qiu Xiaolong addresses the complicated issue of public heroes – those who are supposed to embody the values of thrift, good cheer, sacrifice and patriotism in public life, while living lives of hidden desires and an enforced hypocrisy. In pulling back the curtains to this phenomenon the books also reveal the huge disparities in wealth that Deng Xiaopeng’s Open Door policy created, with Communist Party officials and their favoured helpers gathering immense wealth while the old hands could barely find a place to live.

The main protagonist, tainted by a connection to an uncle he had never met who was condemned for being a “Rightist” but sheltered due to a connection with a former classmate whose father happens to be one of China’s top party members, is a superb creation. Originally having studied literature, Chen is rejected from a diplomatic future and shunted to the police, but here he finds himself in the department handling “special” cases, as in those of interest to the party. His job is not so much justice, as justice that the party can live with.

It is in this exploration of what justice is possible within the framework of the party’s diktats that the books come into their own. Hanging over the first few books, though, is another massive event: the Cultural Revolution. The self-brutalisation that China went through, which affected Chen’s family as well (and the author’s in real life) explains to a degree the acquiescence of Chen, and people like him, to the regime. It is not that they love the party, but having seen the horrendous results of a breakdown of the system, they will not risk that anarchy again.

In navigating the pathway through this complicated path, in which Chen accepts favours, uses his connections, and works the system, Chen has only one guiding moral maxim, a quote that his father, a Confucius scholar, liked:

This is not a call to revolution, but what is striking is how much Chen achieves in using this as his guide to action. His journey is also marked with the love of literature – both Chinese and English (Qiu Xiaolong is a scholar of T.S. Eliot) – and a love of food. Both of these allow him to recede somewhat from an excessively political role, but they also make him a guide to the most intimate Chinese traditions.

Throughout the series, Chen is only just managing to make it, teetering on the brink of destruction, showcasing that the challenge of being moral, even mildly moral, while being part of an immoral state, is a matter of high risk. By the last two books, it seems almost as if he has reached the limit, that he can only rise so far, resist only so much, until the state finds even minor dissent too much. Maybe that is Qiu Xiaolong’s commentary on the rise of Xi Jinping, or maybe I am reading too much into it. Nevertheless with this excellent series, he has provided us not just a window into a world, but a window into ourselves, as so many of us struggle to understand how to live moral lives under immoral regimes.

We all live in China now.

Omair Ahmad is an author. His last novel, Jimmy the Terrorist, was shortlisted for the Man Asian Literary Prize, and won the Crossword Award. Twitter: @omairtahmad.