An excerpt from 'Desperately Seeking Shah Rukh' about a young woman from Jaisalmer, working as airline cabin crew. 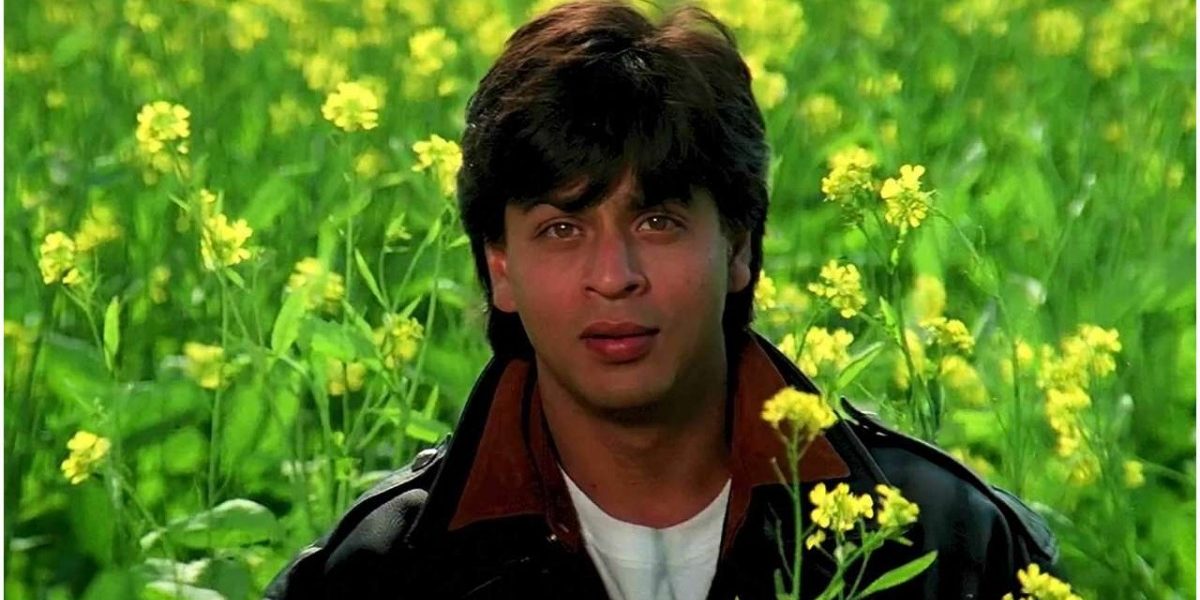 In her book Desperately Seeking Shah Rukh, Shrayana Bhattacharya followed the jobs and romances of a diverse group of women for 15 years. This edited excerpt is from a chapter about a young woman from Jaisalmer, working as airline cabin crew, titled ‘A Girl Called Gold’.

Gold Mendiratta wore the tightest dress on the most blessed body in all of the club. The first time I heard her voice, she was a lioness, roaring at a Ralph-Lauren-shirted business scion, ‘How can you be this fucking cruel, chutiya. Don’t ever talk to me again!’ It was 2008. Gold, twenty-four, was in a rage over this young man’s attempts to grind with her on the dance floor. The man walked away, unabashed and amused, he and his friends grinning widely at each other without any sense of shame or compromise. Gold’s wrath grew. ‘Go back to your Russian whores. I bet you can’t even get hard for any of them.’ The final salvo. The lethal limp-dick attack. 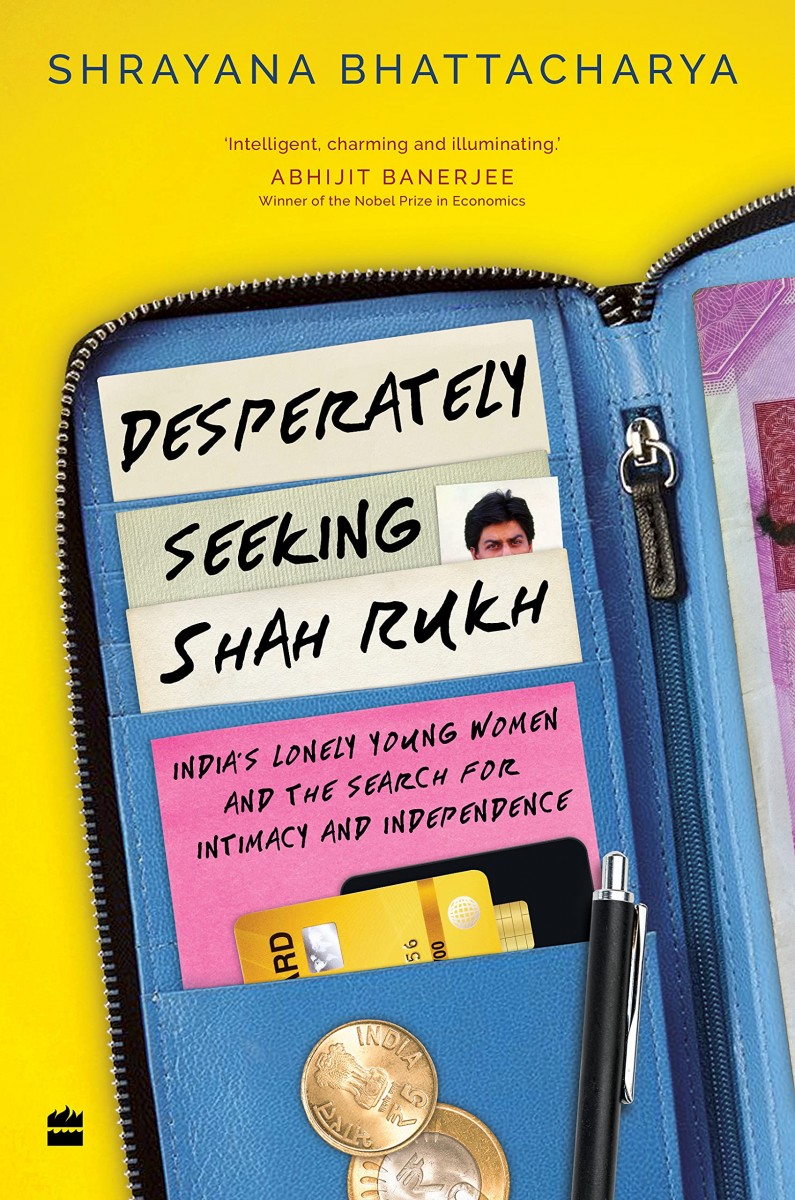 It was a violent rupture of an otherwise sedate Delhi night. I was part of another entourage and stunned into silence. Back then, Gold and her friends loved to party with India’s rich, young and feckless. It was a time of plenty, and Gold’s community of single people was in the mood for sexual accumulation.

She stepped out in tears to smoke a cigarette, and I followed. ‘What happened back there? Are you okay?’ I asked. ‘It’s fine, I can handle boys trying to get close. I’m good at taking care of myself. But I can’t understand these boys and how they treat us. I know that guy, he’s been going out with me. He has taken me on dates to cafés, restaurants and clubs. For the past six months, we’ve been messaging and talking nearly every night. I thought we had something. He messaged saying he would be at the club tonight and shows up with some white girl draped all over him and then tries to grind with me. I’m so sick of these men and how all this works. Shouldn’t they have some manners, some consideration for how we feel? It hurts and makes me want to scream.’

I suggested she watch a Shah Rukh film when she got home. It was a cure-all, I said. Gold giggled. She was a fan, she confessed, ‘I watch or listen to his songs every night. But his films are all lies, there are no men like that in the world. He is not like that himself. But he calms me down.’ And as we started to talk about Shah Rukh, we started talking about her anger at Delhi’s romantic scene. Our conversation would last for more than a decade.

At the start of 2010, a twenty-six-year-old Gold decided to test international waters in both her career and her love life. She sought work on foreign flights and sex with foreign men. At a party, she discovered a group of European expats in Delhi. I met some of these men with her; they travelled in a small tightly knit crowd and always dressed in linen. She fell for a handsome Frenchman.

Gold embarked on a series of long dinner parties and brunches with the Frenchman and his friends. She would describe these events with scornful admiration. ‘No one smiles, and everyone looks very stern. Like my school Hindi teacher. Even if you’ve met people multiple times, they’ll never come up and say hello. Like saying hello costs money.’ Art parties were her most preferred outing, where she would eventually spot a few famous models and news anchors. Gold loved taking notes on how people dressed and behaved, enchanted by the self-serious and self-certain crowd of journalists, writers and artists. They spoke in discrete lectures, offering discourses rather than conversations, while drinking the ‘best drinks’ and all without a hint of self-doubt. Several smoked pot as glamorously as they pontificated. Feeling clumsy and out of place, she would religiously Google the ideas, pictures and people she encountered. She looked up Foucault, Walter Benjamin and John Berger.

Also read: His Name Is Khan and He’s Probably on a List. Good Luck Getting Off It

Beyond a crude introduction to post-modernism via Wikipedia, Gold learned more practical lessons during the months she spent with her Frenchman. She learned that she was a ‘real Indian beauty’. She discovered that French people despised a heavily made-up look, only to expect women to manufacture ‘natural beauty,’ which invariably required expensive cosmetic and dermatological products. She discovered that Frenchmen espoused the virtues of curvaceous women but only married skinny ones. ‘You have to look spontaneously beautiful. All these French women do a lot to look like they did very little.’ She discovered that her journey from Jaisalmer to Delhi was her staple dinner party contribution. Otherwise, people barely talked to her. ‘They think I’m some experiment, like he is testing what a relationship with a small-town Indian girl would be like. I can tell from the way the women talk to me.’

Having been reduced to a beautiful bystander at events, Gold observed and reported. She noticed how foreign-educated Indians politely ignored the small-town women who did all the invisible work to make these parties possible, how they desperately wanted white people to think they were hip, how the self-appointed ‘intellectual bande (men)’ only talked to women with waist sizes of twenty-eight or smaller, how the larger women without husbands usually talked to each other. She discovered that her English was better than any of the European expats in the room, although the goras were forever unable to understand what she was saying. She surmised that Europeans liked different ‘types of paneer’. Her biggest battle was with charcuterie. Through that year, she was hungry all the time. Dying for a taste of kadi-chawal, only to be served cheese plates and cold cuts that intimidated her. One night, she confessed her fears of fromage to her Frenchman. He laughed and taught her all there was to know. She had never felt closer to him, yet farther away from the food she liked to eat. ‘He doesn’t like Indian food because it isn’t subtle enough for him, our food is too spicy. We’ll go out together for a few Indian meals, but the main food at his friends’ houses is bland and looks tricky to eat. I cooked curry in his house once, and he spent most of the next morning complaining about the smell.’

Gold was amazed at the civilizational confidence on display. Once, she returned from dinner and called to say, ‘I had to tell you. This blonde girl had just returned from Jaisalmer and was introduced to me. She said she loved the city and the fort. And then she said how I must be so proud of where I came from. And you know I realized that this is the difference between us and foreigners. I am not at all proud of the Jaisalmer fort or the city. No one I know built that fort. The town was never a free or fair place for me, so I left. But she was so proud of Paris, behaving as if she built the Louvre herself! I don’t love my past as much as they love theirs.’

She introduced her Frenchman and a few of his friends to DDLJ and Chak De! India. She told them how Shah Rukh had received official French government recognition as an ‘Officier dans l’Ordre des Arts et des Lettres’ in 2007. Her audience merely enjoyed the dance sequences, laughing at the remaining content. Later, she said to me, ‘It irritated me because I felt that they thought Shah Rukh and Hindi films were silly because that’s not how foreigners display love.’ Gold met whiteness as a universal subject.

More and more, as their relationship progressed over a year and a half, she lived inside her own head. With each attempt at being engaging, she sacrificed being herself. She started to dress differently, burning her savings. ‘Being his girlfriend was expensive. He always paid for meals, but I had to watch what I wore in his company. But no matter what I wore, I could never be as elegant as those women. They were not as pretty as me, but they looked so effortlessly glamorous. I felt like something was always wrong with my outfits and the way I carried them.’ For Gold, elegance became something white people had invented to make brown people feel bad about themselves. Eventually, she lost all interest in being interesting. She stuck to her role as the staple Small-Town-Beauty with very few words.