Delving Into the Inner Workings of the ISI

Using anecdotal evidence in Faith, Unity, Discipline: The Inter-Service-Intelligence (ISI) of Pakistan, Hein G. Kiessling proves that the Pakistani military’s abiding aim is to ensure it has permanent veto power over the country's civilian leaders. 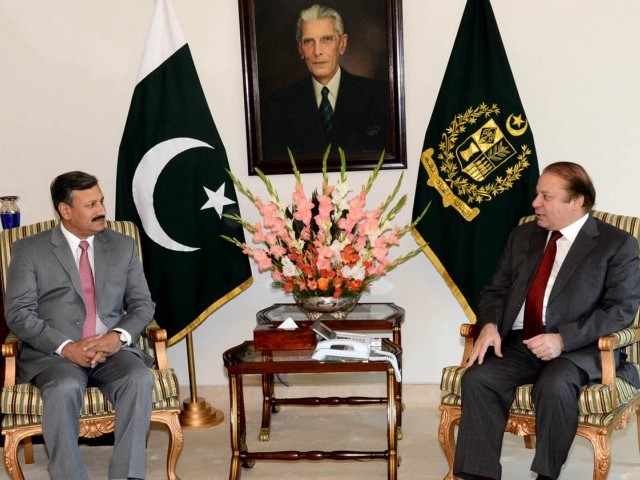 Former ISI chiefs who spend their time on the seminar circuit defending their agency’s action have a new cause for worry thanks to a new book, Faith, Unity, Discipline: The ISI of Pakistan, by German historian Hein G. Kiessling, which takes an incisive look into the organisation’s functioning. In Kiessling’s book, the ISI appears as a motley group of fractious and rapacious operatives with shifting domestic and foreign loyalties, whose motto swings between bluster, blackmail, acquiescence and perfidy.

The ISI itself will not claim that Kiessling is a hostile writer. He lived in Quetta and Islamabad for 13 years from 1989 to 2002. For the book, Kiessling interviewed most former ISI chiefs, including General Ziauddin Butt who was court-martialled by former President Pervez Musharraf for helping current prime minister Nawaz Sharif overthrow him. Kiessling also had long interviews with retired army chiefs Generals Mirza Aslam Beg and Jehangir Karamat, and had access to Colonel Syed Raza Ali’s unpublished notes. Ali was the kingpin of the Special Operations Bureau, which later became the “cradle of the legendary Afghan Office” set up to train Afghan Mujahideen. Kiessling even interviewed former President Zia-ul-Haq’s foreign minister Agha Shahi, who told him that the ISI had “entirely handled Afghanistan”. Kiessling received official explanations from the ISI on the Raymond Davis affair, journalist Syed Saleem Shahzad’s killing and even the memogate scandal involving US envoy Hussain Haqqani in 2011-2012. The ISI also shared complaints against India for alleged interference in Balochistan, which are reproduced in Faith, Unity, Discipline.

Exploring how the ISI works

Faith, Unity, Discipline also reveals the imperial interests that influenced the ISI’s creation in 1948. In 1946, Sir Francis Mudie, governor of Sindh at the time, proposed creating a federal intelligence service to help protect British interests from a “hostile India” and “an expansionist and unscrupulous Russia”. General W.J. Cawthorne, then Pakistan’s deputy chief of staff, became ISI’s first chief. This chain of events is paralleled by the creation of the Intelligence Bureau (IB) in India. Historian Christopher Andrew, who was given total access to secret MI-5 records, had said that Guy Liddel, MI-5’s deputy director, had successfully persuaded New Delhi to secretly position an MI-5 liaison officer in a position close to the IB in 1947. While India continued this close relationship with the UK till the 1960s, Pakistan switched to US patronage in September 1953 when General Ayub Khan famously declared to the US, “Our army can be your army if you want us”.

Using anecdotal evidence, Kiessling proves that the Pakistani military’s abiding aim is to ensure it has permanent veto power over the country’s civilian leaders. He also proves that the US does not mind this since it thinks Pakistan’s politicians are shifty and undependable. The ISI’s “crown jewels” are Kashmir and Afghanistan. They would not tolerate any Pakistani prime minister controlling the ISI – not even Shariff who was a “talent” spotted by former ISI chief Lieutenant-General Ghulam Jilani who recommended him to Zia. Additionally, the ISI establishment believes no major concessions of the kind that would result in the reduction of Pakistan’s force levels should be extended to India. Any prime ministers who stray from this prescribed path risk the derailment of the career at the ISI’s behest. Kiessling cites an incident at the December 1988 SAARC Summit in Islamabad where former Pakistani prime minister Benazir Bhutto and former Indian prime minister Rajiv Gandhi discussed a non-aggression treaty concerning nuclear plants as well as a potential solution for the Siachen dispute. The ISI’s interception of Benazir’s communication revealed that she and Gandhi had agreed to reduce the number of troops at the border for “the economic and social advancement” of their countries. The ISI also learnt that Gandhi had advised Benazir to dismiss the aggressive Chief of Army Staff (COAS) Aslam Beg and hire someone else in his stead. The ISI then circulated a rumour that PPP interior minister Aitzaz Ahasan had handed over the contact information of six Sikh militants (who ISI had contact with) to India, who were then arrested. President Gulam Ishaq Khan was very displeased when ISI chief Hamid Gul returned four Sikh Indian army deserters to India on Benazir’s request after a secret meeting between A.K. Verma and Gul in the late 1980s. Kiessling says of the incident, “President Gulam Ishaq Khan would strongly reproach Benazir for this a year later after she was dismissed”.

In 1999, we were puzzled by Musharraf’s decision to betray Sharif by secretly launching the Kargil War. Musharraf was hand picked by Sharif in 1998 to become COAS, despite him being third in line for the post in terms of seniority. Kiessling writes that Musharraf was annoyed with Sharif for bypassing him while appointing General Khawaja Ziauddin, a Muslim Leaguer, as ISI chief in October 1998. But this was not the only time Musharraf betrayed someone. Before Ziauddin took over, Musharraf had all files connected to Kashmir and Afghanistan moved from the ISI’s offices to the army’s General Headquarters (GHQ). All these files were handled by Lieutenant General Mohammad Aziz Khan. Musharraf also sent Aziz and politician Maulana Fazal-ur-Rahman to brief Taliban supremo Mullah Omar to ignore requests from Sharif and Ziauddin and to “obey” only those coming from Aziz. “Thus Mullah Omar learned who to trust and who not to trust in Pakistan, ” Kiessling writes. The labyrinthine nature of Indo-Pakistan relations was evident when the same Rahman appeared as an intermediary between the two countries during Atal Bihari Vajpayee’s regime.

Zulfikar Ali Bhutto was the only politician who could have tamed the Pakistan military after its 1971 defeat. He could have introduced genuine civilian democracy in Pakistan, but instead he legally expanded the ISI’s charter by setting up an internal political cell in 1975. In 1973, Zulfikar had asked Naseerullah Babar, then inspector general of the Frontier Corps, to train Afghan Islamists to counter the Afghan Daud regime, which was harbouring Balochis in Kabul. The training of 5,000 Afghan guerillas was done by ISI’s Special Operations Bureau under Colonel Reza Ali. This was the beginning of Pakistan’s relationship with Afghanistan, which the US utilised to infuse jihadis with arms after the 1979 Soviet invasion.

In the early 1990s, the Soviet Union tried to initiate a secret relationship with the ISI when India appeared to be cooling towards Moscow. Lieutenant General Javed Qazi, ISI chief (1993-95) at that time, annoyed a high-level delegation led by Yevegeni Primakov, then KGB (SVR), by asking his deputy to recieve them. “But in Pakistan the overall feeling was that Washington was more important to them than Moscow,” Kiessling says by way of explanation.

Although Qazi tried to discipline the ISI and weed out pro-Gul “jehadi officers”. It was during his tenure as ISI chief that large numbers of Muslim Jehadis were collected and sent to help the Kosovo Liberation Army. He even supplied American Stinger missiles to Chechen rebel leader Shamil Basayev to be used against Russian planes.

In 1993, Murtaza Bhutto returned to Pakistan when Benazir was the prime minister. On September 20, 1996, he and six of his followers were killed in Karachi in a clash with the local police. Kiessling says that the police officer who led the task force “mysteriously committed suicide at home”. Shoaib Suddle, Karachi’s police chief, said that Sayyal committed suicide as he was disturbed by the publicity he received. However, well-placed sources told me that Inspector Haq Nawaz Sayyal, who was suspended after the shoot out, was killed by two gunmen who snuck into his home. The ISI under Nasim Rana tried to spread rumours that Asif Zardari had organised the shooting as he was insulted by Murtaza who had shaved off his moustache. Based on Raja Anwar’s memoirs (The Terrorist Prince), Kiessling believes that Murtaza was liquidated by the ISI as they did not want a person who had enjoyed the hospitality of India and Afghanistan to be their leader. Anwar, who had gone on exile with Murtaza, fell out with him while in Kabul. Murtaza got him imprisoned in Kabul until 1983.

The US was very tolerant with Pakistan even after its embassy was burnt down in November 1979. That incident occurred soon after Zulfikar’s execution and the US’s imposition of sanctions on Pakistan because of its nuclear programme. Kiessling says that CIA-ISI relations “remained amazingly constant and consistent” despite the trade embargo. This was not surprising since the US had shifted it network for spying on the Soviets to Pakistan after the 1978 Iranian Revolution. However, “a majority of its officers” deeply resented the American presence.

Contrary to popular opinion, the CIA was not very keen on the Afghan venture with the ISI. But political pressure, especially from former US President Jimmy Carter’s national security advisor Zbigniew Brzezinski, forced the CIA to follow that policy. Kiessling quotes US senator Gordon Humphrey, chairman of the Congressional task force on the venture. Zia seized upon Carter’s plan to interfere in Afghanistan despite their acrimonious political relations. This spluttered along through the Afghan War (1979-1989) despite opposing assessments and distrust. ISI chief Aktar Rehman insisted on total control over the supply of American weapons to rebel commanders. The ISI was irritated with the CIA’s endless complaints of corruption in the distribution of arms among the Mujahideen. But corruption and perfidy were so great that they sold six truckloads of rockets to Iran and some Stinger missiles were even sold even to the Soviet Union.

Kiessling’s revelation of a joint CIA-ISI “campaign” against Indira Gandhi after the 1971 Indo-Soviet Friendship Treaty is startling. “Only after the murder of Prime Minister Indira Gandhi in 1984 did the joint CIA-ISI campaigns come to an end,” he writes. During this period, India had complained of ISI-CIA assistance to the Kashmir and Punjab secessionist groups. It may be of coincidence that my forthcoming book on the life of one of Indira’s close family friends will carry her unpublished letter dated May 9, 1983 criticising “America’s short sighted policy”, which was doing a lot of harm. Did she have an inkling of this “joint campaign”?