On the leader's death anniversary, a reminder that he had continued, until his 80th year, the movement against imperialism. 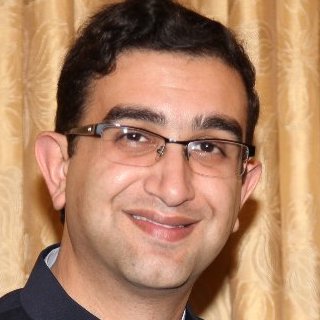 It is being reproduced on the occasion of Dadabhai Naoroji’s death anniversary.

“We are having awful times here. God alone can help India.”

These words, uttered by the social reformer Behramji Malabari in 1900, conveyed with devastating succinctness the mood in India at the turn of the twentieth century.

And they were echoed by many of Dadabhai Naoroji’s nationalist colleagues. As the Conservative ministry of Lord Salisbury, the British prime minister, tightened the screws of Anglo-Indian autocracy in India, leaders of the Indian National Congress feared that they had reached a dead end to their movement.

“I am getting more and more disheartened as regards the political prospects of the country,” W. C. Bonnerjee confessed.

Natural disasters soon dwarfed political ones. Following weak monsoons in 1895 and 1896, famine of a scale and deadliness not seen since the 1860s and 1870s gripped large swaths of the subcontinent. In the Bombay Presidency, a ferocious outbreak of the plague, and the government’s high-handed response to the epidemic, added to the general misery.

“Everything is out of joint at this wretched time,” complained Gopal Krishna Gokhale, who compared official anti-plague measures in Poona to absolutist terror worthy of the Russian czar. Once Indian indignation manifested itself in violence—on June 22, 1897, two Maharashtrian revolutionaries assassinated Walter Charles Rand, the special plague commissioner in Poona, and his military escort—the mood became far grimmer. Were these assassinations a harbinger of the future?

Also read: Celebrating the Champaran Satyagraha, a Hundred Years On 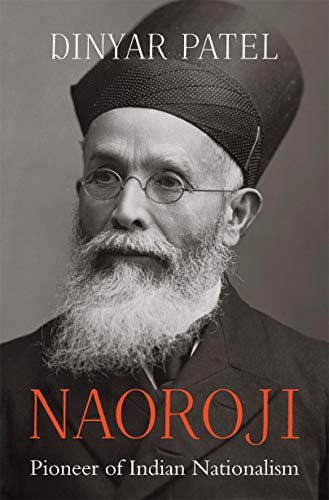 Now, from London, Naoroji observed as his family’s native Navsari and Dharampore, along with neighbouring Gujarati districts, once more anticipated a season of mass starvation.

It provided a somewhat gruesome symmetry to his life and career. And it pushed Naoroji and his closest political colleagues to speculate how these disasters—generating a wave of popular anger across India toward colonial authorities—might augur a violent end to the Raj.

“How long do you think the present system in India will last now?” the British socialist leader Henry Hyndman asked Naoroji in January 1900. “From what I can hear, there is a growing feeling among the dominant class here that we are on the verge of a serious crisis.”

Allan Octavian Hume spoke with greater certainty about impending catastrophe. “I fear that the time for constitutional agitation has passed,” he noted. Hume saw only one possible trajectory for India: “oceans of blood.”

For a time, so did Dadabhai Naoroji. The last phase of Naoroji’s political career, which unfolded between 1895 and 1906, was marked by profound bitterness and worry. Frustrated by four decades of attempts to bring about Indian reform through constitutional means, he warned colonial authorities that Indian disaffection would soon manifest itself in a violent uprising, a second Mutiny. He made such predictions as early as August 1895, only days after losing his reelection campaign for the British Parliament. “The violation of the pledges made to India time after time has been scandalous,” Naoroji told a London correspondent during an interview. “I prophesy that this constant violation of pledges, this persistent opposition to Indian interests, and the deterioration and impoverishment of the country by an evil administration, must lead, sooner or later, to a rebellion.”

But Naoroji was not the type of person to wallow in gloom and despair. He used the steady stream of calamitous news reports from India in order to issue a stern message to Britons: now is the time to act. He warned of imminent rebellion in the unflinching hope that London would finally deliver those reforms that would prevent it. Ultimately, Naoroji realized that this was not enough. Beginning in 1903, he began to openly proclaim the need for Indian self-government. At first, keenly aware of the might of the most powerful empire in human history, he spoke of “Self-Government under British Paramountcy,” hoping for autonomy like that enjoyed by Canada or Australia. Finally, however, he made a bolder and simpler demand. Addressing the 1906 session of the Indian National Congress, which was racked by division between moderate and radical factions, Naoroji called for swaraj—self-government without any necessary qualifications. Only swaraj, he declared, could release India from the devastating cycles of famine and pestilence. Only swaraj could save the country from the curse of ever-worsening poverty—poverty that otherwise promised a future of rank violence and destruction.

Also read: Review: Chronicling the Birth of India after the Second World War

The last phase of Dadabhai Naoroji’s career was marked by sustained agitation. He spoke in the bold, unfettered language of constant protest. “India is bleeding to death,” Naoroji bluntly informed an audience of genteel congregationists in northwest London. “You have brought India to this condition by the constant drain upon the wealth of that country.”

He adopted a far more punishing schedule of daily work, refusing to let health problems and advanced age restrict his movements. In spite of warnings from friends and doctors, Naoroji continued until his eightieth year to deliver several speeches and lectures in the course of a single day, an especially arduous task in an era before loudspeakers and microphones. As he reevaluated old friendships—“the Liberal Government is as bad as the Conservative,” he confided to an Irish correspondent—Naoroji took care to incorporate new allies, both anti-imperialists in faraway America and a rising generation of Indian leaders. These allies included men and women with far more radical and revolutionary politics. Above all, Naoroji refused to slow down, and he refused to give up.

Dinyar Patel is an assistant professor of History at the University of South Carolina.