Cutting Through Mountains to Build a Statue

An excerpt from Somendranath Bandyopadhyay's My Days with Ramkinkar Baij where the sculptor and painter shares with the author his experience of sculpting the Yaksha-Yakshi statues that stand outside the central bank in New Delhi.

The Yaksha-Yakshi statues that stand outside the Reserve Bank of India in New Delhi. Credit: www.rbi.org.in 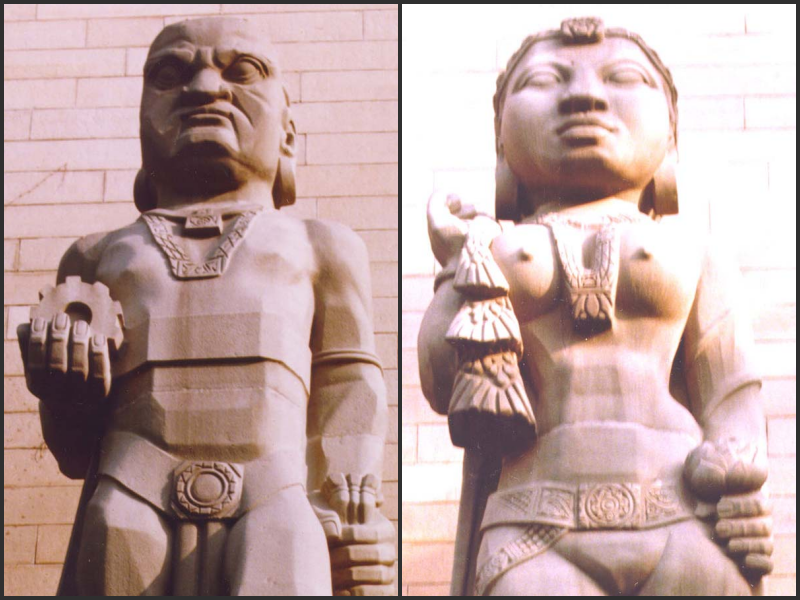 The Yaksha-Yakshi statues that stand outside the Reserve Bank of India in New Delhi. Credit: www.rbi.org.in

In the following excerpt, Ramkinkar Baij shares with the author his experience of sculpting the iconic Yaksha-Yakshi statues that stand outside the Reserve Bank of India in New Delhi. Baij also makes a fleeting reference to the statue of Gandhi he worked on in Assam (which the Assam government has decided to dismantle and replace). Ironically, Baij alludes to the fact that the Gandhi statue will stand the test of time and weather because of the strength of its material – bronze.

Kinkarda’s innocence amuses me. He is oblivious to the gigantic cost of cutting through a mountain. I know that once he had to pay the price for this inexperience. Recalling the incident I say, ‘You did do a major work by cutting stones later, though. In front of New Delhi’s Reserve Bank.’

‘Yes. The Reserve Bank governor had provided me with a lot of conveniences. Their only request was “Do something”.

‘I made Yaksha-Yakshi. Many people call it ‘Kuber’. Arre, why should it be Kuber? It’s not Kuber. It is Yaksha. They aren’t even husband and wife, but brother and sister. Yakshi. Had it been the wife, she would have been called Yakshini.

‘In Bharatpur and Sanchi, I had seen ancient Yaksha-Yakshi statues. Their limbs were broken. I also studied a few of those at the Patna Museum.

‘Yakshi holds the territory of land and agriculture. And Yaksha reigns over wealth. Kuber is above them. You must have read Coomaraswamy’s book; that contains everything. 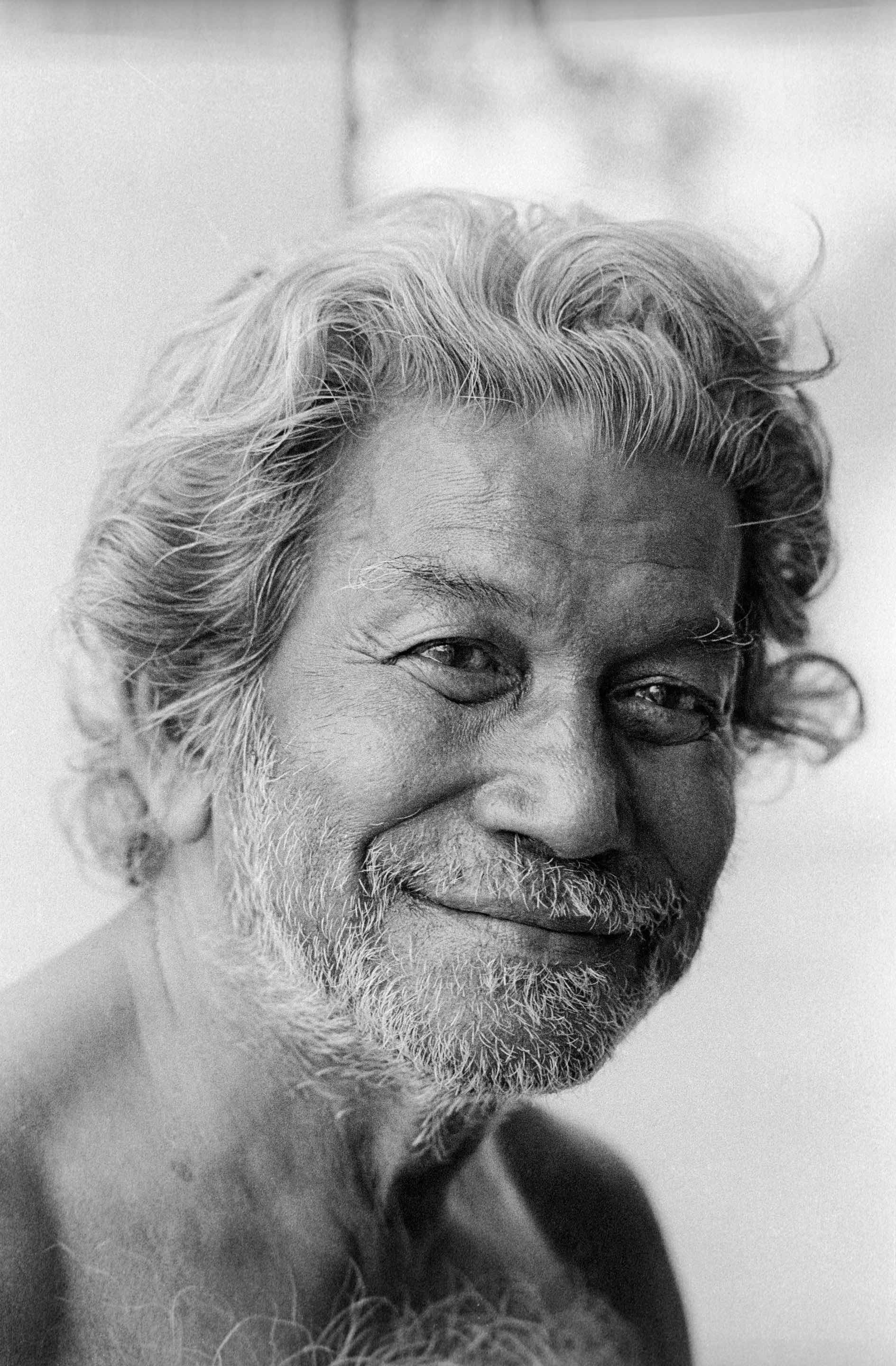 ‘You might have noticed that I’ve placed a discus in my sculpture’s hand. That was my idea. Addition. It’s a modern-day machine and is symbolic of industry. I got the idea for the flower and paddy cluster in Yakshi’s hand from the old statues. You know what Yaksha held in the ancient statues? A mallet. And a bag in the left hand. I have placed that too. Money bag. My Yaksha is completely modern – with a machine and a money bag. And is it possible to have the money bag and not have a fat belly? Yakshas do have protruding bellies, my dear. You must have seen ancient Yaksha statues. My Yaksha has it too.’

‘That must have been 1954. I don’t remember it correctly. I received a letter to send a model for a sculpture to be placed at the Reserve Bank. Off I sent a three-foot maquette.’ 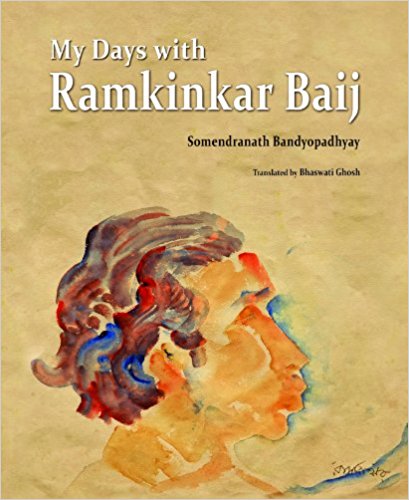 ‘The first task was to search for the stone. I went out searching. We found it in Kangra valley’s Baijnath, on the way to Kullu. Sandstone – Shivalik sandstone. Quite to my liking.’

‘But the complication began only after that. To get the stone by cutting through the mountain …’

‘How on earth could Ramkinkar lift that Gandhamardan? Kaliyuga’s Ramkinkar, hey. We had to seek the help of experts who had worked on the Bhakranangal Dam. After drilling and blasting, we got one big single rock from the mountain. Next, the rock was broken into pieces. Four pieces each for the two statues, adding up to eight pieces. Even those had to be chiselled and reduced in size as far as possible. The train that would carry these had to pass through a narrow-gauge line. The stones had to be fitted into the wagons. One wagon, placed between two engines, carried one stone each. But even the wagons couldn’t hold those enormous stones. Just to carry them, the shape of the wagons had to be changed. Just imagine, what a mess. Then in Pathankot, we could avail of the broad gauge. At last, the stones reached Delhi. They were unloaded behind the Reserve Bank itself.’

‘You must be thinking that we had finally found a way around it.’

‘Nah, nah, nah. I had landed in major trouble, hey. Money flowed in like water, days went by, a whole year passed, but work didn’t progress. I myself couldn’t understand what was happening. What could I tell others? I was in a fine soup.’

‘Do you know who rescued me from this problem? Pranab. Pranab Dev Verma. Dhirenda’s son. He came to Baijnath. What was the year, I think it was the end of 1958. Yes, must be that. From then until the end of that work, Pranab remained my companion. Not just companion, hey, he was my support. My saviour.’

A smile of fulfilment lights up Kinkarda’s face. On sad days, such a smile appears when, for some reason, our hearts are gladdened.’ 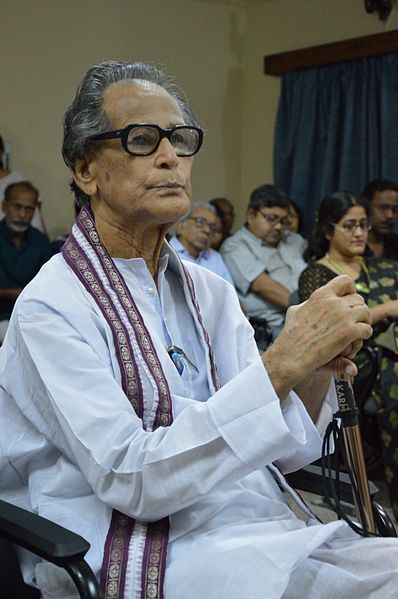 ‘The maquette I had made was three-feet tall. But the actual sculpture was going to be nearly twenty-one-feet high. Four stone pieces would constitute one statue. Head to neck, shoulder to part of the belly, belly to knee and knee to feet. You get it? Each stone piece weighed about fifteen tonnes.’

‘We called carvers from Andhra Pradesh’s Guntur district. Proficient Muslim artisans. For generations, they have been experts in stone carving. All the carving work in the temples of South India has been carried out by these people.’

‘We got thirteen artisans. We used to give them sketches based on measurements. They would carve out the stones to perfection. What neatness of work, and how gentle they were. I had become good friends with them. Very nice people. I used to instruct them by looking at plaster models. They would follow the directions and carry out flawless carving.’

‘When the pieces were all done, another difficulty arose. Big problem, indeed. Now, these pieces had to be lifted and joined in order. A twelve-feet concrete platform was built. That was covered with granite. Lifting those stones onto that platform wasn’t child’s play. The assistance of well-known companies was sought for this purpose. After seeing the situation, most of them were reluctant. Some said how could a crane enter such a small space? Things like that. At last, we found a way. One stone piece was mounted on top of another. You can well understand that we had to do all this by measuring everything and tying ropes. A slight mistake would damage the entire structure. The mounting was the troublesome part. Joining them wasn’t at all a problem. Such heavy stones; if they just sat properly atop each other, there wasn’t any need to join them. Who could ever move those? To place the topmost one – the head – we had to apply a trick though. For placing the head on top of the shoulders, a nail had to be used. The nail fixes it to the lower portion. We also used some cement and pebbles to add strength to the structure. There are layers in between the pebbles, but that’s nothing. There wouldn’t be any problem even without those.’

‘The work of cutting stones from the mountain had begun in 1955. By the beginning of 1967, the entire work was complete. Bas, I was free from the clutches of Yaksha-Yakshi.’

‘This work gave me tremendous joy…’

‘The fun of dealing with larger works is altogether different though. It’s a pleasure for both the eyes and the hands. I find tremendous joy in doing bigger works. I had done one for Assam. Guwahati’s Gandhi. But the work in Delhi gave me supreme satisfaction. Never before had I gotten the opportunity to work by cutting stones.’

Kinkarda talks. A broken body, a fragile respiratory system, a weak voice – Kinkarda pushes aside all these handicaps to talk. From that, I remove all the unwanted pauses and inaudible elements to make a record:

‘I did nothing in Bankura. There’s no work of mine in Calcutta. Here, the ones in Santiniketan are only in concrete. Had I made a couple in bronze, perhaps they would have lasted…Assam’s Gandhi is in bronze.’

The book has been translated by Bhaswati Ghosh.