Medical technologies don’t evolve in a vacuum. They are driven not only by trends in scientific research but also by business interests and the regulatory environment. 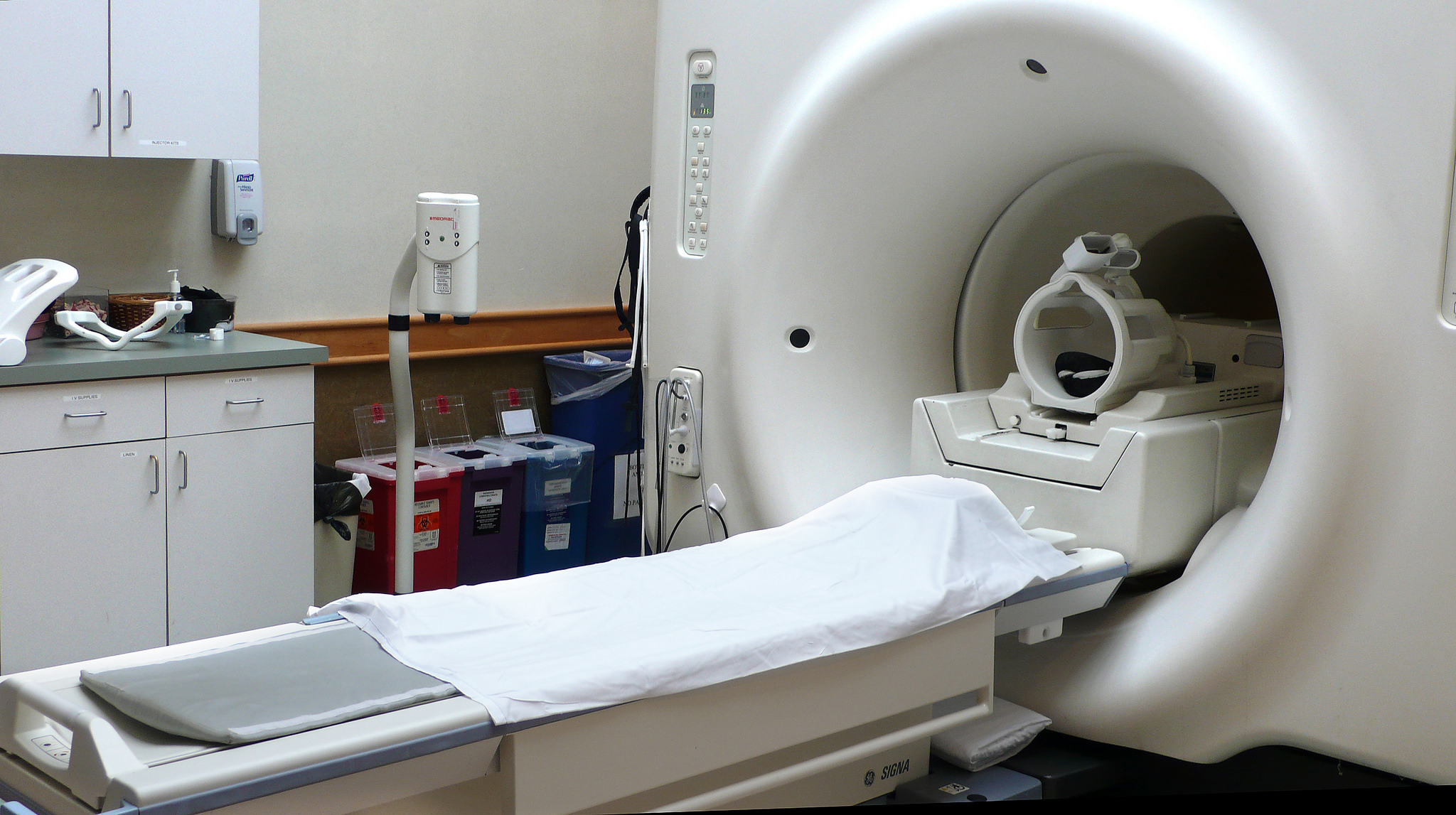 You spend twenty minutes face-up in a narrow tunnel, wearing a hospital gown, listening to hammering noises as the machine goes to work, clutching a small buzzer to be sounded in case of an emergency. Perhaps there are squiggly patterns on the ceiling of the tunnel, or classical music piped through headphones, to distract you. Most readers of this column will either have had an MRI scan at some point or know someone who’s had one. Combined with the impression left by American medical dramas (what would House, MD be without someone growling, “Get me an emmuh-rye”?), this means it will come as no surprise that MRI (magnetic resonance imaging) is a widespread diagnostic tool, one that has proliferated since its introduction into hospitals some three decades ago.

Yet recent figures suggest that the number of MRI scanners deployed across the world is lower than one might imagine. The UK has around six MRI machines per million residents, while the country that tops the table, Japan, has around 47 per million. That works out to about 400 machines in the UK and 6,000 in Japan. The most recent estimate (that I have been able to find) for India is 600 scanners as of 2008 – though India has ten times the population of Japan. MRI, in other words, remains an elite and very expensive technology, quite unlike the ones discussed in last month’s column. It is also an example of the marrying of science with high technology, increasingly referred to as ‘technoscience’.

The story of MRI is painstakingly reconstructed in Amit Prasad’s Imperial Technoscience (2014). Prasad traces the development and use of MRI in three countries: the UK, the US and India. The book’s strength lies in its detailed description of research groups and networks across the globe, much of which is based on interviews and lab visits conducted by Prasad over a number of years, and framed by theoretical insights from science and technology studies and postcolonial theory.

The US and UK stories are reasonably well known. MRI is usually traced back to the discovery, in the 1930s and 1940s, of the underlying physical phenomenon known as nuclear magnetic resonance (NMR). It is defined by the Encyclopaedia Britannica as the “selective absorption of very high-frequency radio waves by certain atomic nuclei that are subjected to an appropriately strong magnetic field”.

This in turn allows researchers to understand the composition of the compound under study. Looming over subsequent events is a longstanding dispute between the supporters of Raymond Damadian, a New York medical doctor, and Paul Lauterbur, a chemistry professor at the State University of New York at Stony Brook (and later the University of Illinois at Urbana-Champaign). In the 1970s, these researchers came up with competing techniques to use NMR to create images of the human body, though eventually it was Lauterbur’s technique (which involved varying the magnetic field applied to the subject) that proved more feasible. In 2003, Lauterbur shared a Nobel Prize with Peter Mansfield, a British scientist who devised a technique to translate the information received from NMR scans into computerised images, for contributions to what became MRI technology.

What Prasad’s study does well is to take the story beyond these three individuals, describing the formation of research groups in Britain and the US, ‘the culture of technoscience’ in each country and the role of subsequent work by researchers in corporations as well as universities in realising what we know today as the MRI scanner. He provides a convincing illustration of the argument that “an invention is a retrospective construction”. That is to say, if later developments had not helped MRI develop and spread, Damadian’s or Lauterbur’s contributions might not have been seen as inventions but merely as routine additions to scientific knowledge.

Prasad also shows that medical technologies don’t evolve in a vacuum. They are driven not only by trends in scientific research but also by business interests and the regulatory environment. Large corporations manufacturing medical devices (Philips, Siemens, Toshiba, etc.) tied up with university departments, especially in the US. Corporations proactively marketed the concept of an MRI scanner even before the government had approved the clinical use of the technology, and lavishly funded work on its development. In fact, NMR imaging was renamed MRI for marketing reasons: the adjective ‘nuclear’ was dropped for fear that patients in the US would associate the technique with the negative effects of nuclear radiation.

Perhaps Prasad’s most novel contribution is his tracing of NMR and MRI research in India since the 1940s. In fact, this is central to Imperial Technoscience, which – as the first word of the title hints – seeks to challenge Eurocentric stories of invention and technology development. Prasad argues that India-based scientists made several important advances in NMR research from the 1940s onwards and that their work was well known to scientists in the US and the UK. However, unlike the work of Lauterbur or Mansfield, their efforts became ‘disconnected trails’, with researchers frequently veering off into new areas either due to a lack of funds or foreign exchange, or because they were cut off from the ‘centres’ of global science. (Indian scientists were more likely to hear about their compatriots’ latest research at a conference abroad, or in an international journal, than by meeting them in India.)

When MRI was subsequently imported into Indian medical institutions, those in charge were oblivious of this earlier history. In other words, what seems like a simple transplantation of a foreign-developed technology into India was actually a more complicated process.

It is not clear what to make of this aspect of the story. Prasad says that the development of science and technology in postcolonial societies has been viewed as a story of “‘lag’ or ‘lack'”. But his argument about ‘disconnected trails’ could be read as saying the same thing in a different way. It correctly emphasises the uneven distribution of power in the world of science and the need to view developments across the globe as connected – but it can sometimes appear like a defensive argument (“We too could have had MRI!”).

Imperial Technoscience is commendable in showing how MRI was enabled (in the words of The Economist) “by contributions from numerous visionary scientists … over a period of more than 50 years, incorporating bits and pieces from many different disciplines.” While the book runs the risk of alienating some readers through a profusion of sociological/postcolonial-theory jargon (such as “discursive-material constructions”, “entangled histories”, “hierarchical and exclusionary networks”, etc.), Prasad’s approach as a sociologist may contain some useful pointers to historians of technology. If supplementing the use of written records with interviews and participant observations becomes more common, we could see the rise of more recent histories of science and technology.